One of the more popularly known versions of Cantonese cuisine is dim sum. Just select a pot of tea, grab a few items, and converse with family and friends over a sumptuous meal. Typically, waiters push trolley carts around filled with stacks of steamer baskets or small plates for customers to choose. Restaurants also serve dim sum by having diners select from pre-printed order forms. However, not all dim sum restaurants are sit-down; there are a few places that do a take-out style dim sum, where a large number of items are displayed on the counter and you simply choose which items you desire (small tables are typically available to sit, but it is not full service). Also note, large dim sum seafood restaurants may have a higher selection of foods or a special menu during the weekends.

I will give a general list of typical items that are commonly found at dim sum restaurants. 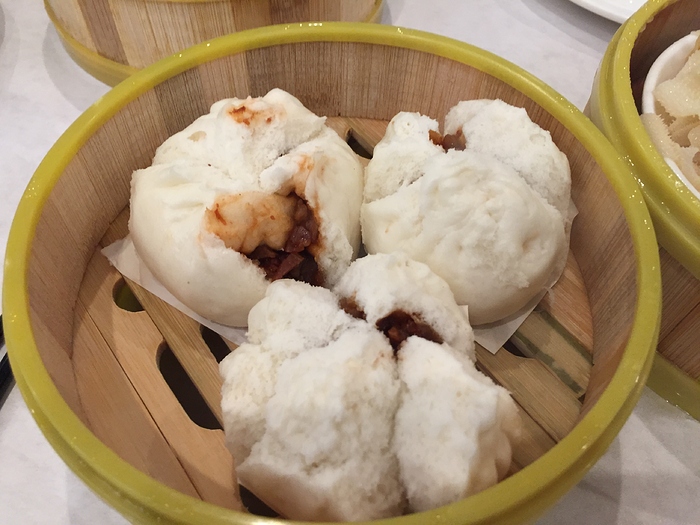 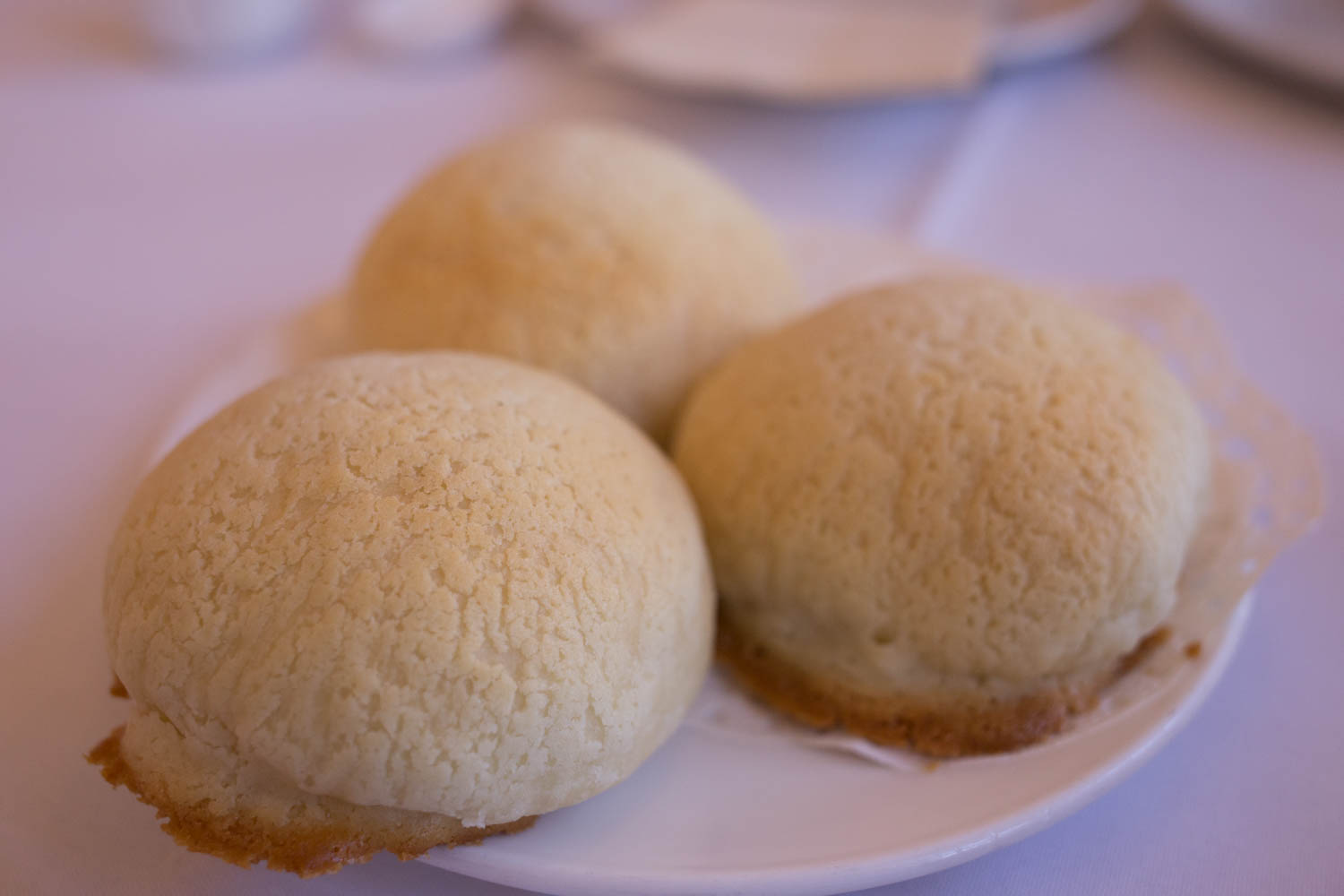 We have a topic here for further discussion: Chinese Teas

Note, it would be great if we got HO (or maybe some people from FTC) to help out and list more and have a greater discussion! If there are any inaccuracies or discussions, feel free to help out as I intend this to be a wiki and keep it updated.

Check out all the other topics on the regional Cantonese cuisine

I’d add Fusion Delight (San Leandro), which is probably upper middle tier for Bay Area (imho, service can be a mess, so better for chilling than a quick bite).

Might be nice to indicate with an asterisk or a © for places with cart service as it’s less common (or desirable) these days.

Might be nice to indicate with an asterisk or a © for places with cart service as it’s less common (or desirable) these days.

I’m always curious about that. Do you consider it cart service in Koi Palace for instance if they bring only a few things on a cart but the majority of the orders still occur due to the check list?

and thanks for providing info on Fusion Delight

I can’t recall what KP puts on the carts!

I think most people intent on cart service lean towards standards, so as long as the carts have a good range of those, I’d consider them cart service. I wouldn’t consider Dragon Beaux cart service— not many dishes seem to go around, certainly not for a whole meal.

I was disappointed to find that during weekday lunches, Saigon Seafood Harbor had very limited selections on the carts.

The best place for cart service that I’ve found is East Ocean in Alameda. A big variety of dumplings with unusual fillings, and they move fast so the food is fresh and hot.

I tried the Dim Sum tasting menu from Peony Seafood (8 items). The restaurant has gone upscale compared to a decade ago. I do appreciate that I can use two teapots to brew the tea (ok, technically one teapot to brew and one teapot to dispense). 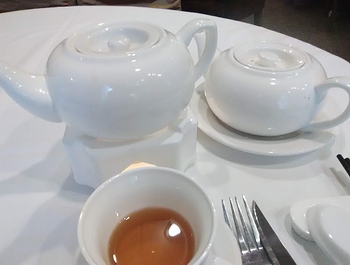 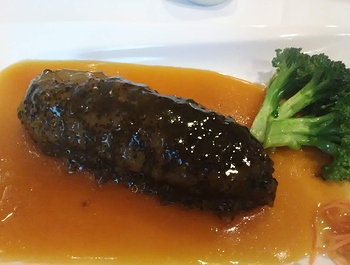 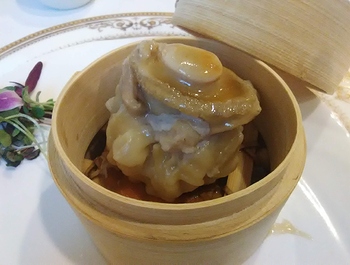 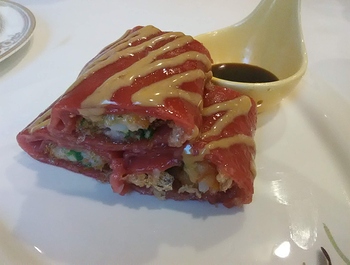 Interestingly, when I ask every dimsum place I went to around here, almost none of them serve specifically Dragon Well. I am not sure why. But chrysanthemum tea is a pretty common one, and one can always combine chrysanthemum with pu-erh.

Has anyone been to Harborview for its dimsum service?

I tried the Dim Sum tasting menu from Peony Seafood (8 items). The restaurant has gone upscale compared to a decade ago. I do appreciate that I can use two teapots to brew the tea (ok, technically one teapot to brew and one teapot to dispense).

Oh wow, that does look different! How was it?

Interestingly, when I ask every dimsum place I went to around here, almost none of them serve specifically Dragon Well. I am not sure why. But chrysanthemum tea is a pretty common one, and one can always combine chrysanthemum with pu-erh.

Has anyone been to Harborview for its dimsum service?

Huh, dragonwell’s not my typical choice for tea during dim sum but that is odd. Yeah I’ve been to Harborview and I thought they did a good job, just… expensive. I really should finish writing something on it, but its been a while so I can’t quite do each item justice. But my overall impression was good if you have an expense account haha (not too different from my visit with Crystal Jade)

Oh wow, that does look different! How was it?

By the way, this was the full list of the tasting menu. 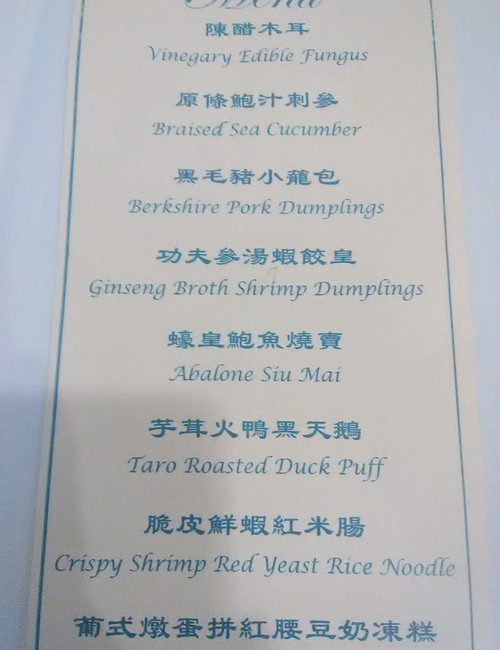 Some of the items like this Ginseng Broth Shrimp Dumpling is most likely the same as its regular shrimp dumpling but with added fish roe and ginseng soup. Nevertheless, I enjoy this tasting menu, as I get to enjoy a wide variety of its dim sum. I suspect the most expensive item on this menu is the sea cucumber. It was well-executed. That being said, I would have loved to trade the sea cucumber for 2-3 more other dim sum 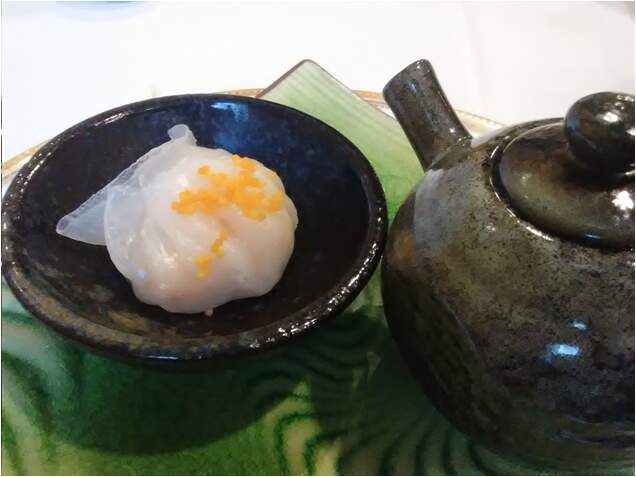 Dragonwell (West Lake Dragonwell) is actually one of my most favorite tea. Unfortunately, I don’t think most restaurants serve decent Dragonwell.

Wow, just curious…We go to East Ocean quite often and always on weekdays since we’re retired. They hardly use carts at all during weekdays - only exception is holidays when they get big tables of Asian families and are slammed. Example: Memorial Day was the first time we’d had to put our name on a waiting list in ages at East Ocean. So your experience has been different?

Koi Palace Dublin prefers using the paper checklist. Stuff occasionally comes around on trays, very few carts, but not often and not much variety - definitely wasn’t the most popular everyday dishes (we came on a Tuesday but it was a holiday week, so they were slammed like a weekend would be.

I’ve only been there on Christmas days, so I don’t have as much experience as you. Do they use carts on weekends?

At the places I’ve been to many times in the past couple years (mostly on weekends), Peony and Pacific Lighthouse they use a hybrid approach–there are carts wandering the room–some have specialties not on the menu like pork cheek char siu, but they take orders via checklist and bring items out separately from the kitchen, even though many of those items are also wandering around on carts.
I haven’t been to East Ocean for a few years after experiencing high variability in their quality (though the good days were probably the best Oakland-convenient option), but my memory is that they did the same there.

Last Friday at Koi Palace in Milpitas there weren’t many carts and we ordered mostly off the menu. Might be different on weekends though.

Koi Palace generally wants you to order from the menu on weekdays, but they run carts with the basic steamed stuff, beef organs and some desserts. We stopped going on weekends due to the wait.

Ugh, I’m too slow at updating anything haha. At any rate, I currently embedded a map onto the wiki and pretty much gave a teapot to sit down restaurants and the running man for the take out options. I’m missing quite a lot but hopefully everyone can help out! I also roughly shoved SF as blue for SF City and County. Red as San Mateo County (and the Peninsula), Green as East Bay (Alameda and Contra Costa County) and finally gold for South Bay. And I’ll just say the colors are the Bay Area’s sports team…

Note for the pictures in the wiki, I grabbed them from the existing linked Hungry Onion topics from the bay area. I can definitely find better pictures on the web or even self taking pictures from places in Hong Kong but that does seems a little deceiving for a regional topic. If anyone is offended for me using their picture, just let me know and I’ll take it down.

separate question, is there any dim sum place here that let you bring your own tea in?

Many places will allow you to do this. They just charge you the same nonetheless.

I would add that most of the “take out” places also have a half dozen or so tables should you want to eat in. Sure, not cart service nor any table service for that matter, and not a “dining” experience, but if you want a quick lunch and real ambiance with locals, it’s fine. When Chinese friends visiting from England were here, we went on a dim sum crawl on Clement Street, picking up a few from each of a handful of places, sitting down at a few more. A really delightful time.

separate question, is there any dim sum place here that let you bring your own tea in?

I can’t think of any places that stop you from bringing your own, but I usually just accept whatever they have.

I would add that most of the “take out” places also have a half dozen or so tables should you want to eat in.