For braised Green beans with Tomatoes and Garlic 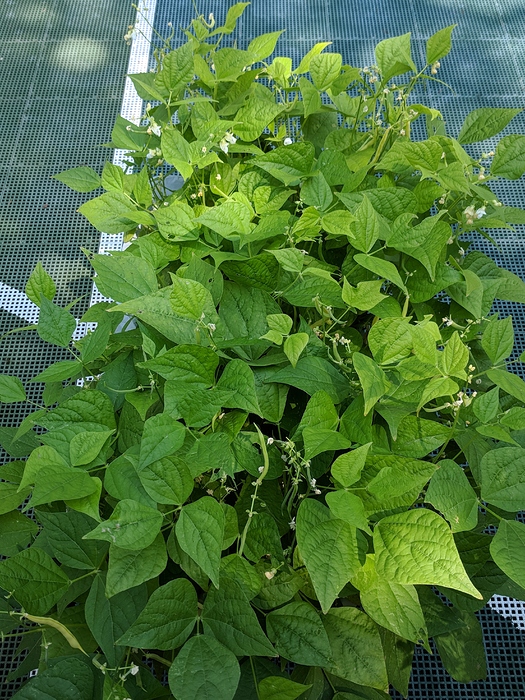 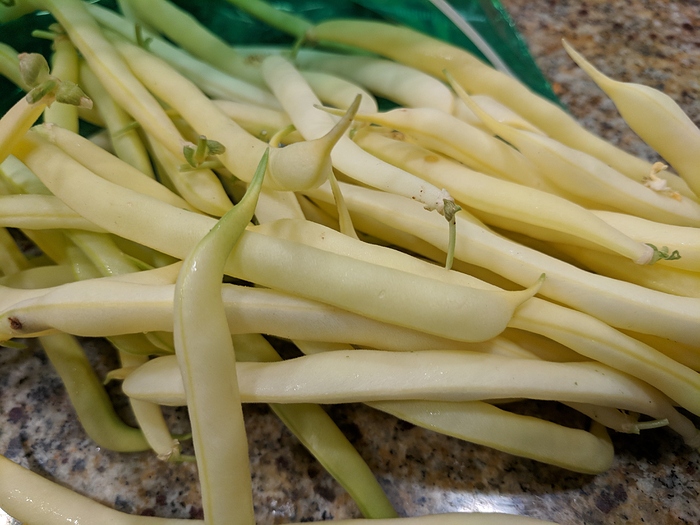 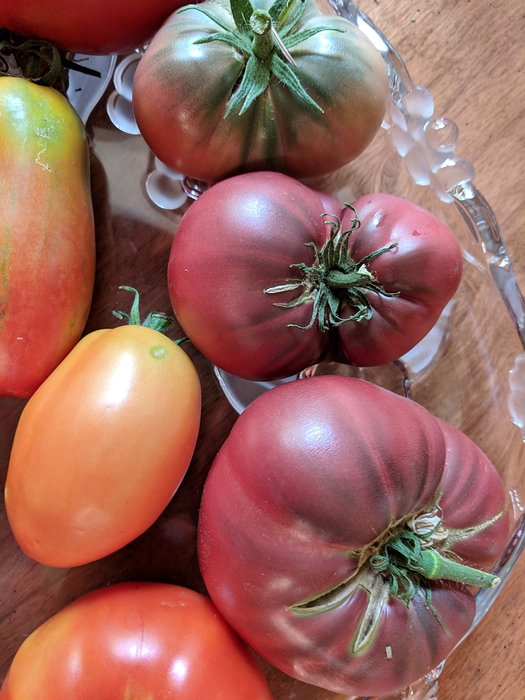 that recipe says to braise for 40 minutes … . . . is that accurate? Are the green beans just total mush by that time?

“simmer, stirring occasionally, until the green beans are very tender, about 40 minutes”

I’m very fond of this preparation. I sometimes add rice (and water, obviously).

My Hungarian Jewish grandmother made this and called it Spanish beans. Really good!

This is also popular in Greek cooking. 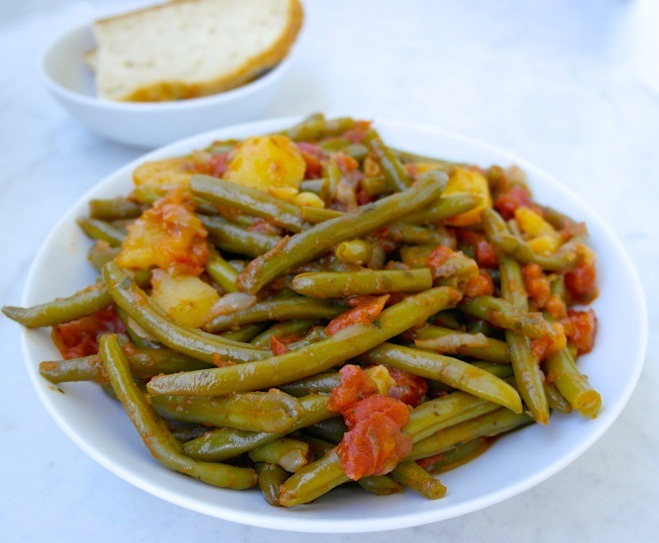 The style is called “lathera”, and I’ve also had this prepared with eggplant, zucchini, and broad beans.

I didn’t totally use that recipe, nor have I finished the dish. I’ve made variations before, and it’s always tough for me to choose between more texture in the green beans and the way the dish sort of melds over time.
I cooked the tomatoes separately, then added parboiled beans, and will finish cooking tonight.

Interesting note about the importance of the olive oil, which is mentioned in both the Greek and Turkish, but not the Lebanese recipe.

ETA not THIS Lebanese recipe, which uses 2Tb veg oil

"Called loobyeh (pronounced LOO-beh), this comforting vegetable stew is a staple in Lebanon. "

OTOH, I found this one

Saveur
…which talks about olive oil as well.

“Greek Style Green Beans-Fasolakia Lathera…where vegetables are cooked in olive oil and tomato along with herbs.”

“Ottoman-era dishes called zeytinagli, in which vegetables are cooked for a long time in olive oil,”

So about 25 minutes on simmer, and still a bit “crisp tender” 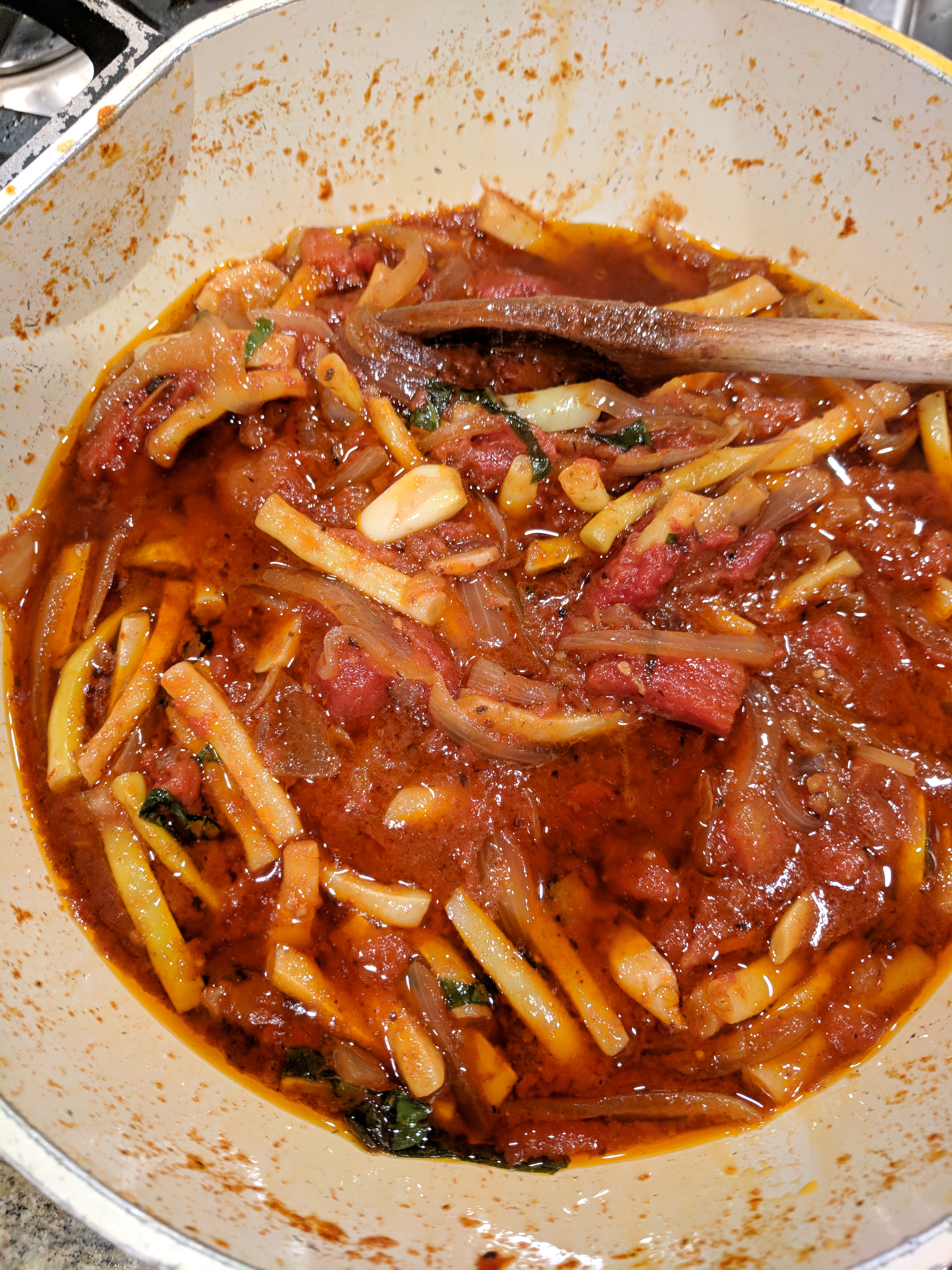 Full disclosure; I sauteed onions and garlic in a generous amount of olive oil, added the tomatoes and beans from last night, plus some raw ones I picked today…and a squirt of tomato paste, and harrisa paste. Oh, and basil.

Stopped cooking at about 40 minutes on lowest simmer, since I’m not sure how or when I’m serving it.

Still some texture in the beans. And husband liked it! And he doesn’t like anything! (jk)

“Even if you are thinking “I don’t want mushy green beans” --don’t fear, they really aren’t mushy and the flavor is WONDERFUL. I think this is a great summertime dish, not only because green beans are in season, but also because it is a serve-at-room temperature dish. So make it in the cool of the day and then serve it when it is hot out.”

Have I mentioned that I HATE “serve immediately”, and LOVE “make ahead”/“best leftover”?

I even sent some pics to my son, to share with his Turkish gf…who I hope to meet soon!

@shrinkrap, your post sent me straight to the kitchen to prep our weeknight dinner. Though I have made this dish before, the recipe gave me the idea to add paprika. I decided to try a dash of smoked paprika rather than sweet because we’d be eating this as a main course. Local tomatoes instead of canned because it’s sweet, sweet summertime.

Here’s the result. I garnished our bowls with chopped marcona almonds and a dollop of labne to add protein. Zaatar bread and Lebanese hot peppers on the side. (I cheated by brushing oil over a pita, sprinkling on a lot of zaatar, and baking on a pizza stone until the bread crisped a bit.)

Also the beans were crisp tender after 40 minutes or so of simmering. I would have cooked longer if I had time. I’d say to keep an eye on them because I think stringbeans vary a lot in their fibrousness.

See what you started? Thanks! 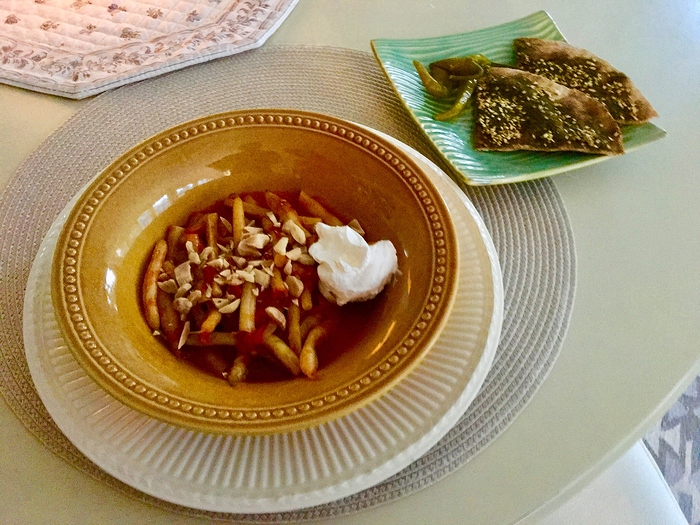 Good ideas, and looks SO good.
And zatar! Of course I just HAD to HAVE some, but I’ve never used it.

That looks totally amazing to me! I would have that in a bowl with some crusty bread and be very very happy…
I feel like the recipes that call for cooking the green beans an extended period of time until they are silky soft are better for in the late fall and winter when the beans aren’t as tender amd get more fiberous

I don’t often grow geen beans, and too often the ones I buy are not as young as I’d like. I started these "Roc d Or’ " beans in June, and wasn’t too hopeful, but Im getting to pick them just how I like them.

I actually just bought a ton of fresh green beans at the farmers market earlier today, they’re either going to be steamed just barely for a salad nicoise style situation or wait til monday and become dry fried blistered ones.
How exciting to be able to harvest your own!

As someone who 1) grows green beans and 2) is often unable to harvest them before they get gigantic and tough and thus unsuitable for steaming or stir frying (let alone eating raw), this braising thing is both necessary and desirable. Because I’m not in the “everything gotta be crisp-tender” camp. Alice Waters’ recipe for slow-cooked broccoli is but one reason. Blanched lettuce with oyster sauce is another. Also stewed okra, summer squash casserole, and on and on. My teeth are in really good shape, so I probably won’t lose them any time soon. But even if I did…

I am not adamant about “crisp-tender”, but my husband is. And he liked them! Hey, Mikey! (I hope SOMEONE gets this!).

(I hope SOMEONE gets this!).

I’ll see your Life and raise you The Universe and Everything. Obscure(ish) reference madness!

Agree. It’s a different expectation of texture - soft is the desired outcome. It’s delicious, but not how I would otherwise prepare green beans. But if they’re not soft, it’s a different dish.

or wait til monday and become dry fried blistered ones.

Off topic from the original recipe, but I have only had luck with dry fried green beans when the beans are super fresh like the ones you have. What a great way to prepare them. Yum.