Rice pudding is not unique in France, in most countries, they have their own version. The recipe is more or less involved the cooking of rice with milk or water with sugar added. Some countries used black rice, some added agent to make it solid. The French version is cooked with pot or in oven with milk and has usually vanilla added, some recipe has additional egg yolks added. The recipe was first recorded in 12th century and it served as a base for Riz à l’impératrice and Riz à la Condé that were popular in the high cuisine in 17th century. Riz à l’impératrice is the molded version of rice pudding, served with candied fruits and alcohol like kirsch or maraschino. With riz à la Condé, fruits especially abricot is served with the pudding.

My husband is a big fan of the French rice pudding. Whenever he saw the dessert menu consisted of riz au lait, he would order one. Most restaurant cooked the traditional recipe of pudding, good but rather filling and rich after big meal. L’Ami Jean’s stood out, their revisited version was very creamy, airy and nearly chantilly like, with his Brittany root of salty butter caramel cream and carnival fair like nougatine with caramel and various dried fruits. Many have agreed that the riz au lait of l’Ami Jean is simply the best. Years ago, we talked to a French 1 star chef, discussing about this dessert, he insisted that the chef Stéphane Jégo must have used a very special rice. 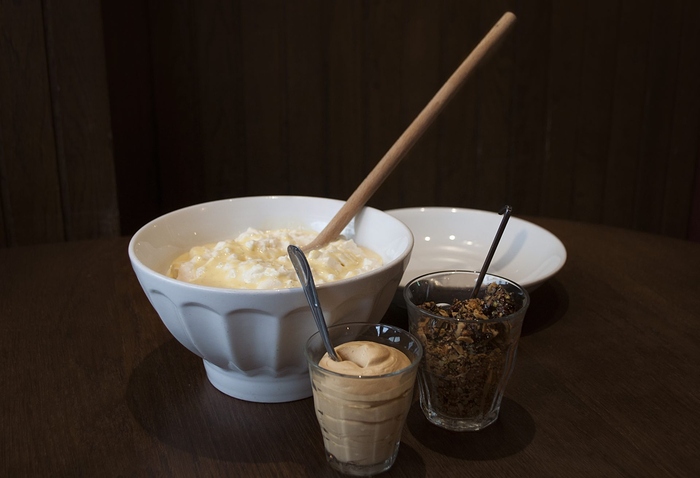 I have tried many times to recreate this dessert, trying a lot of different recipes and ended up with more or less the traditional grandma version of riz au lait. Compact and rich style, good but not WOW like l’Ami Jean.

Recently, I tried to make it for husband’s birthday. I first used using this recipe from Le Monde by Christian Ghion. Two problems, it was the classic version and the rice was a still bit hard at the core after half an hour of cooking. 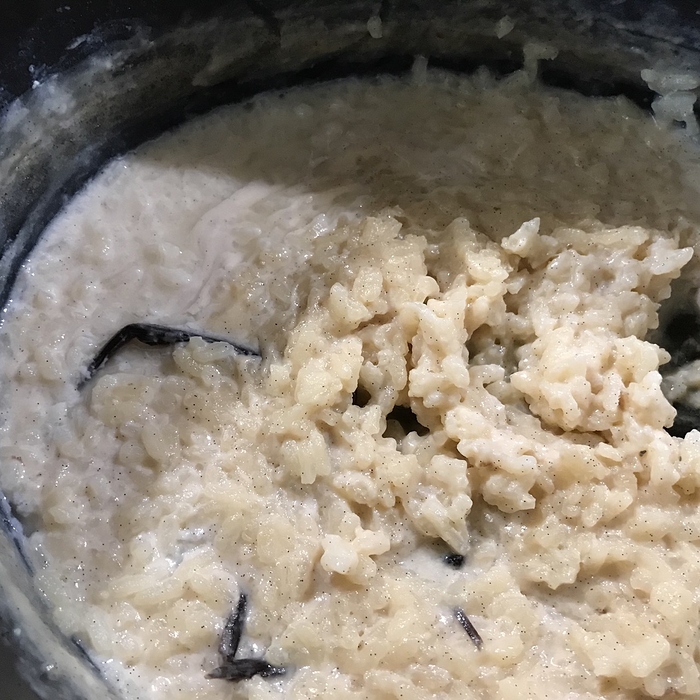 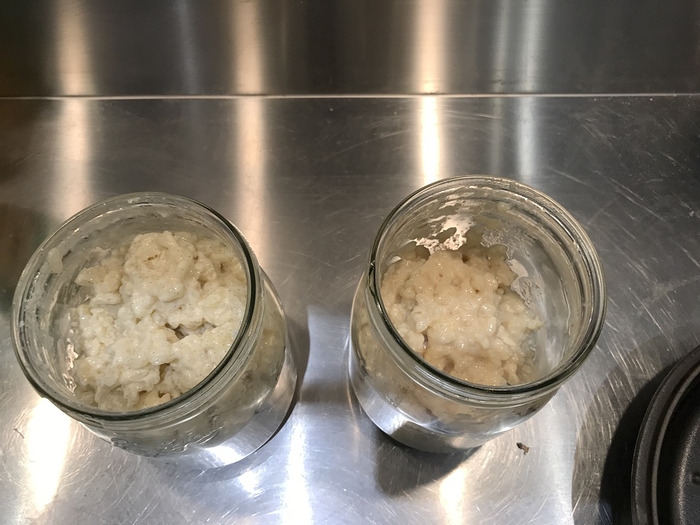 Finally I checked out the video in the link (in French by the chef), and understood several problems. 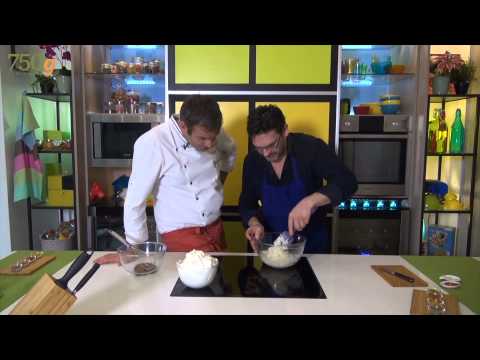 Cooked rice before adding the chantilly 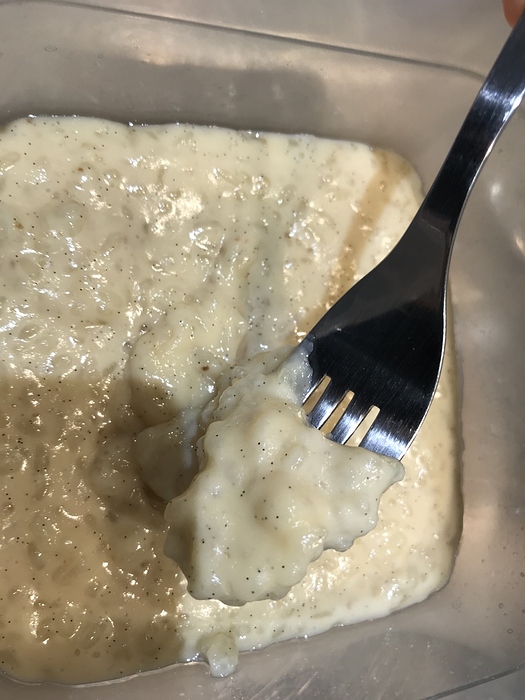 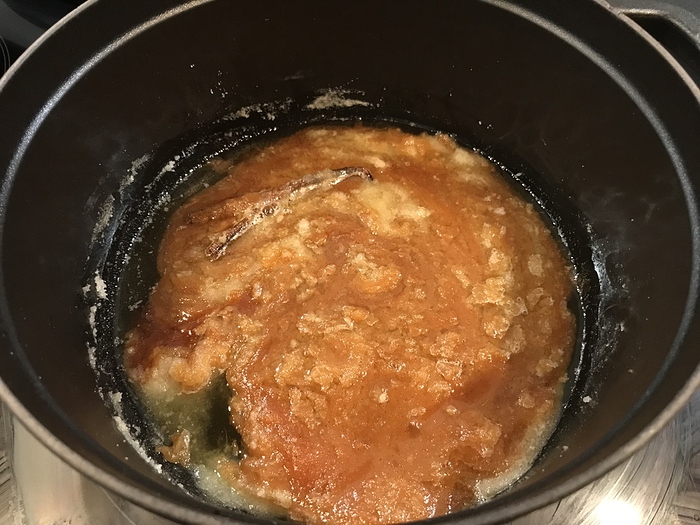 Step 2 Add the nuts quickly in the caramel and stir until even. Let the mixture cool off on a silicon pad. 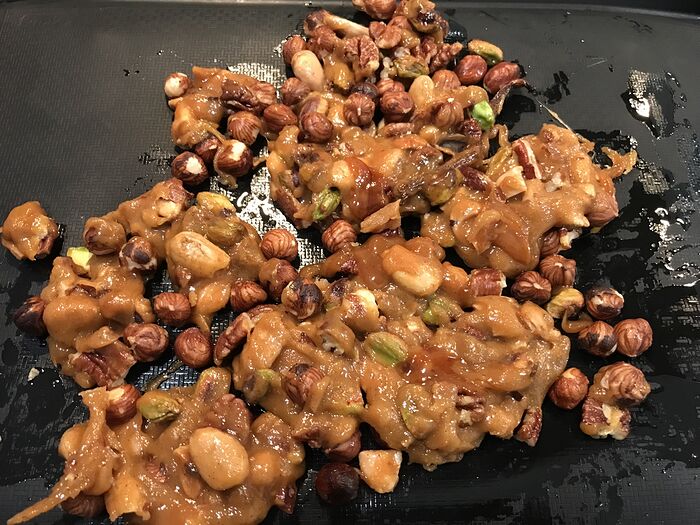 Storage in an airtight box. 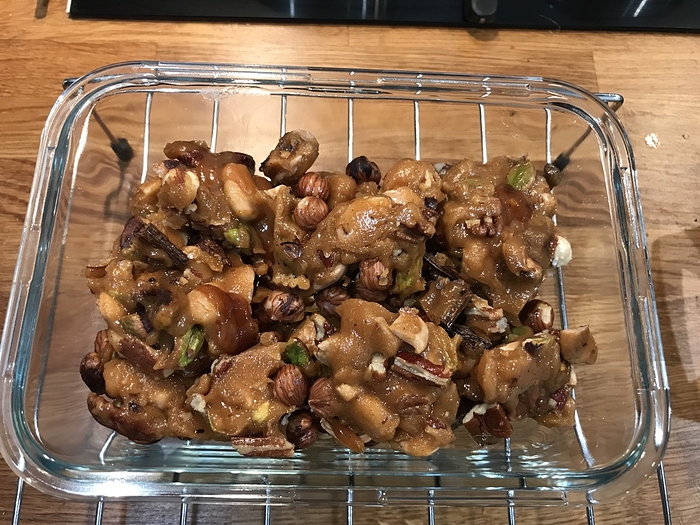 All these work for this! But it worths the trouble. 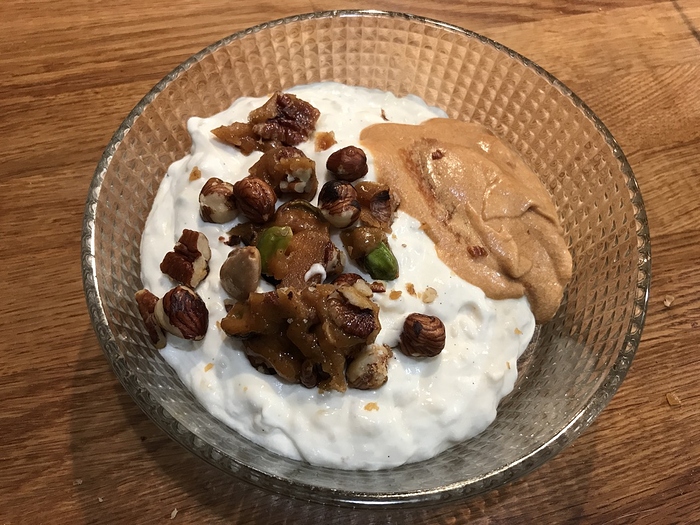 For the whole recipe, it is here: 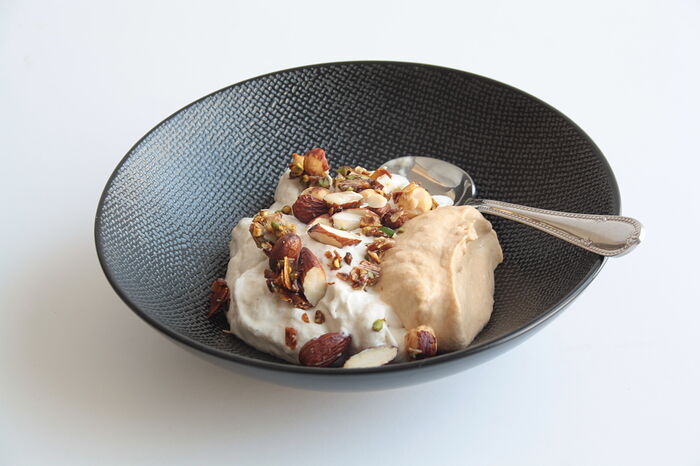 10 Likes
Rice pudding and other rice desserts
Flavoring Rice
What's for Dinner #38 - the Spooky Oct '18 Edition
Favourite places and favourite dishes to order in Paris, a list by Travellers and/or Non-Residents
Recent trip to Paris
What Are Your 3 Favorite Desserts?
Favorite new recipes from 2018
meatn3 (equal opportunity eater in the NC Triangle) October 27, 2018, 6:32pm #2

Birthday wishes to your husband! What a lovely undertaking!

Thanks, he should be happy with the sweet overdose. I like it too, but unfortunately with a problematic lactose intolerance, especially with cream, I could only eat small portion.

Round rice or “pudding” rice is essential, it’s a short grain rice that releases a lot of starch. If you can’t find it then sushi rice can be a useful substitute. As you found the risotto rices don’t release as much starch - the reason why a good risotto retains the definition of the grains.

I have not been back to CLJ for years - we used to eat their frequently about 12 years ago when it was simpler and less of a tourist trap. On our last visit about 4 years ago I thought the rice pudding had lost something and all the accompaniments overwhelmed it’s simplicity.

I have got pretty close to recreating it but it’s quite rich and most recipes make enormous amounts. Maybe time for a reprise.

My first visit to l’Ami Jean was about the same time, around 11 years ago. I guess it was their prime time. For the first few years, we went more regular and enjoyed the bargain 3-course lunch menu.

I think the recent rice pudding, the proportion of whipped cream and rice was a bit different from the beginning: more cream and less rice nowadays. To be honest, the dessert was sometimes better. One time the nougatine was slightly burnt, I don’t know if it was intentional, but it left a bitter taste too overwhelming.

The above recipe is about 6 servings. For us, it can be kept in the fridge for a maximum 3 days with the cream added to the pudding.