I got some halibut from Costco, thinking I would use some raw, but maybe not halibut. I think there is another thread about this risk/benefit with various fish.

I do love raw fish/seafood though. Got me thinking. 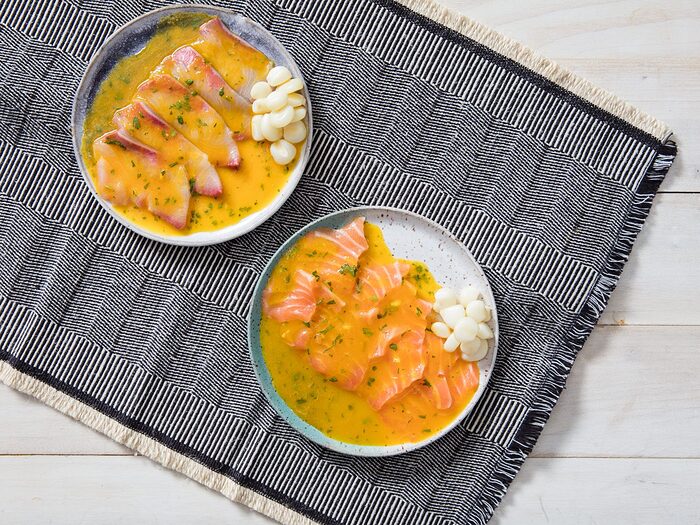 One of the products of Nikkei cuisine, the cooking that resulted when Japanese immigrants moved to Peru in the nineteenth century, tiradito combines elements of sashimi with ceviche, for absolutely brilliant results. 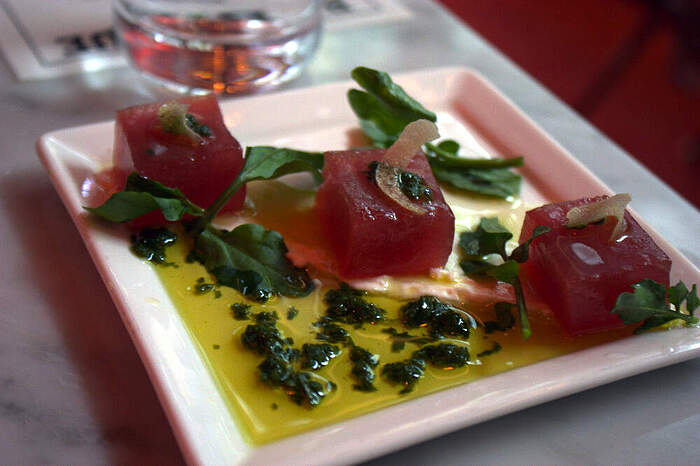 Crudo Is Not Sashimi. Here's Why. - Food Republic

I consulted with Victor LaPlanca, executive chef at Isola, the Mondrian Soho's new trattoria and house of crudo, on what specifically distinguishes the two styles of seafood au naturel. Break out that expensive bottle of EVOO — you're going... 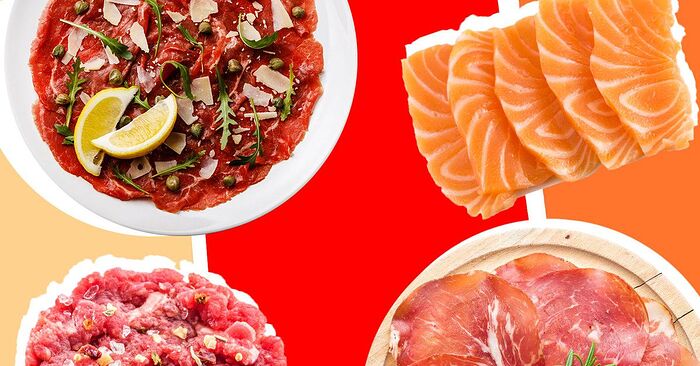 What’s the Difference Between Crudo, Sashimi, Tartare, and Carpaccio?

There are so many ways to serve raw seafood and meat 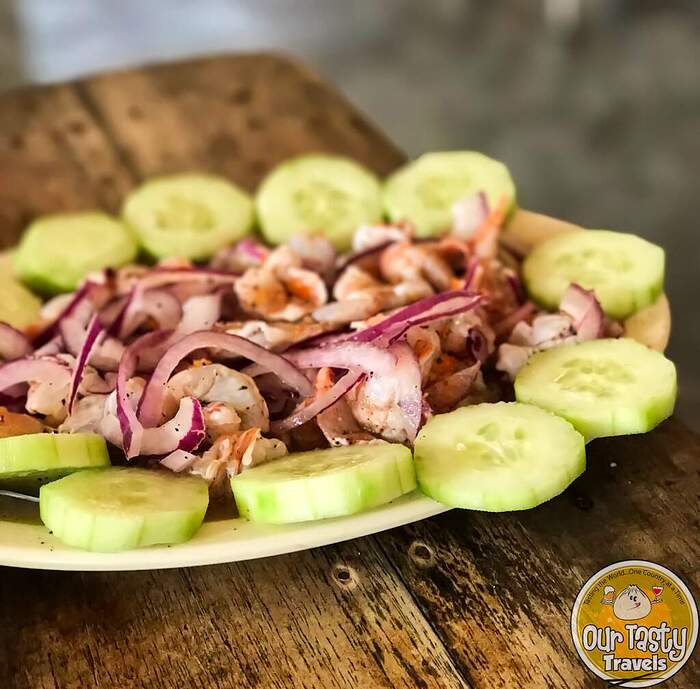 Ceviche versus Aguachile: What's the Difference?

We eat a lot of ceviche in Belize, and I do mean a lot. Even still, I love ordering ceviche when traveling throughout parts of Mexico as well. However, I keep… 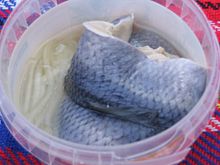 This article is about raw fish or shellfish. It includes marinated raw fish (soaked in a seasoned liquid) and raw fish which is lightly cured such as gravlax, but not fish which is fully cured (fermented, pickled, smoked or otherwise preserved). Parasites in fish are a natural occurrence and common. Though not a health concern in thoroughly cooked fish, parasites are a concern when consumers eat raw or lightly preserved fish such as sashimi, sushi, ceviche, and gravlax. The popularity of such ra...

… the plot twist being the prep time is one month – ‘first mature your vinegar’, as Mrs Beaton might have put it.

On the food-safety aspect, provenance of the fish is the key thing, I think. Well, that and your own hearty constitution, I trust!

I made the tiradito today! Really nice. The sauce makes it. 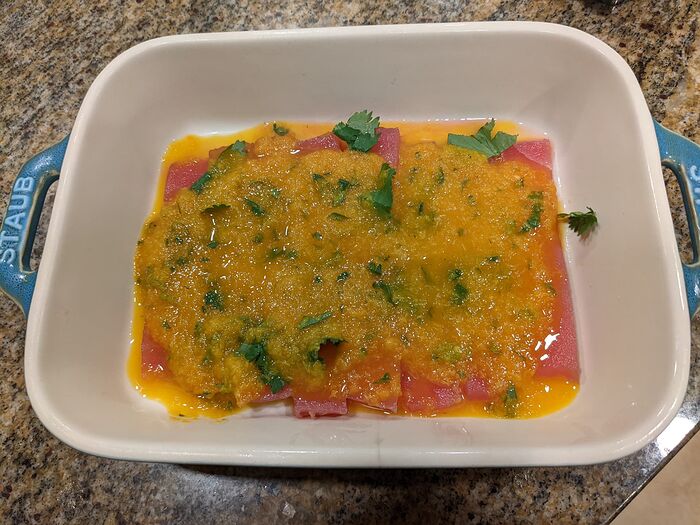 Did you use a recipe? Is that tuna? Hope it was tasty!

Yes; the first link, from Seri9us eats
I believe it was labled “yellow tail”, but now I’m no longer sure what that means.
It was tasty, but mostly because of the sauce. Within about 30 minutes the texture was no longer right.

It was one of these; I think maybe yellowfin

Mmm I miss the fresh yellowtail and tuna and black cod from the fisherman chap in SD!

Looks pinker than yellowtail, so I’m guessing it was the tuna.

Now I’m hunting Instacart for Aji Amarillo paste near me…

Would this be the black cod? 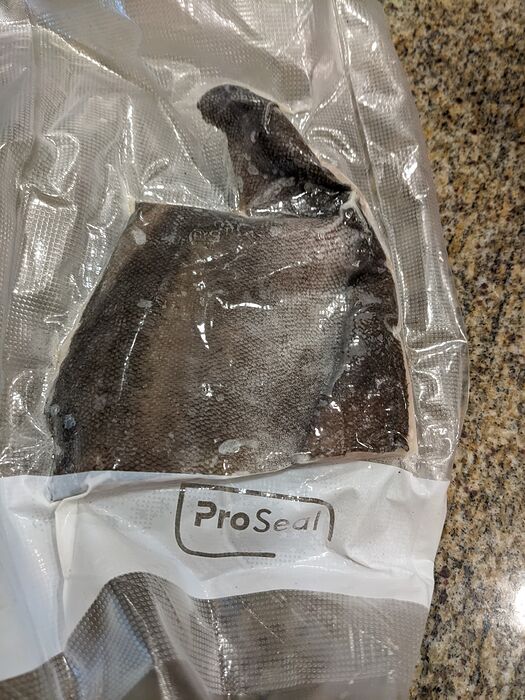 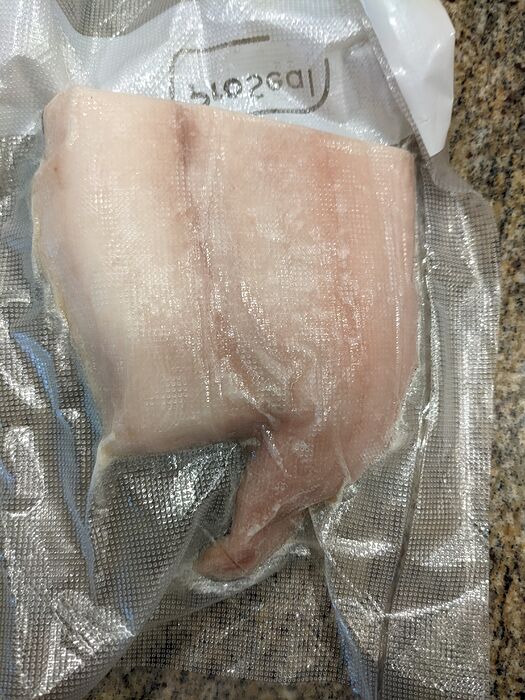 Note to self; you won’t remember.

Looks like it. (Yes, I used to label the vacuum bags too!)

Looks like it’s what’s for dinner tomorrow
. Where’s Sergio when I need him