Prom Season. Means almost the end of school, kids dressed up in whatever the fashion is nowadays (or whatever the schools will let them get away with).

Also means the spring veggies are coming out for those of who who aren’t lucky enough to have year-round gardens. New chives, asparagus, ramps, arugula, leeks, scallions, rhubarb, spinach.

I don’t think I know ramps, similar to scallions?

They’re young wild onion/leeks, they remind me of spanish calcots but less onion-y. Because they grow wild and are very popular with a long time to mature the cost has gone up quite a bit, and there are some concerns about sustainability (i think you’re supposed to buy from growers who leave the bulb in the ground to regrow vs bunches with the bulbs)

Yesterday was cold and rainy and windy gross, i used some of the shashuka sauce i had made a few days ago and simmered it with a few handfuls of quick cooking barley, some chickpeas and a bit of extra water. Turned into a thick stewy thing that warmed me up.

And today it was high 70s! So crazy. Uninspired dinner snacky plate of random; olives, a few dolmas, jicama, bell pepper, cherry tomatoes, dunked in babaganoush from the good middle eastern bodega a block away, sliced smoked tofu and a huge glass of very icey ice water since new batch of kombucha isn’t ready yet.
There’s frozen mango, so i’ll probably munch some semi-defrosted when it’s like sorbet as dessert later

They are native to the Appalachian Mountains. They were foraged by Native Americans and later by European settlers. In the not too recent past there was a stigma to eating them. Many in the growing area considered them “poor” peoples food and felt that ingesting them left the eater with a strong body odor.

I’m not sure if the farmed ramps are a milder variety but I’ve never experienced anyone becoming stinky from eating them!

Made some mapo tofu and ate with rice. 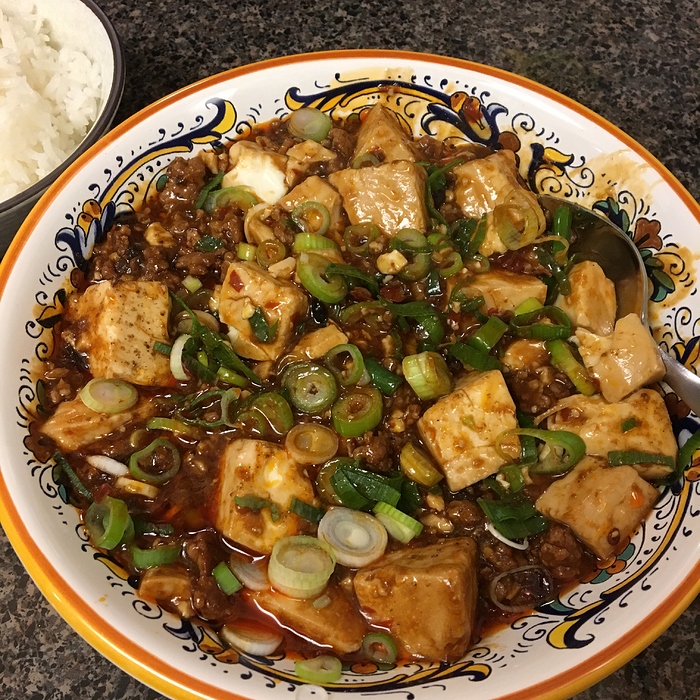 I’m staying with a friend who teaches the occasional cooking course and he is preparing his recipes for an Indian course next weekend, so we decided to give them a test run. Aloo gobi and dal makhani, naan, rosewater lassis and a dessert called ladoo (little coconut balls). Everything turned out quite well, so hopefully his students will enjoy the class and the results!

Reheated some SV oxtail on the stove with sliced mushrooms and defatted bag juices until the juice thickened. Served with mashed sweet potatoes scented with ginger syrup and spinach/arugula salad 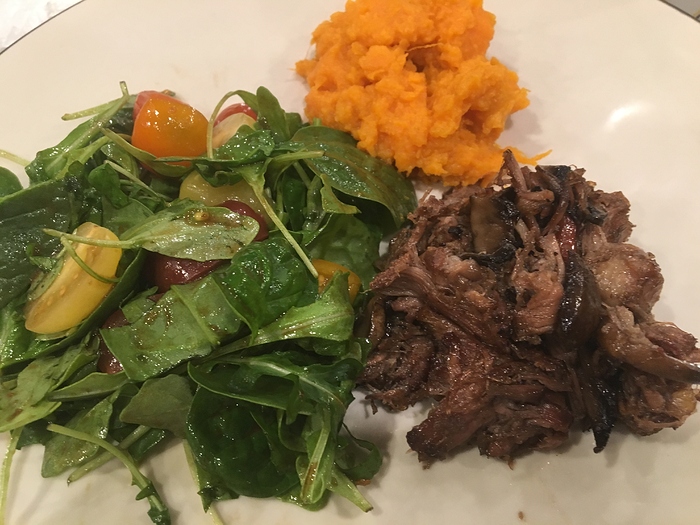 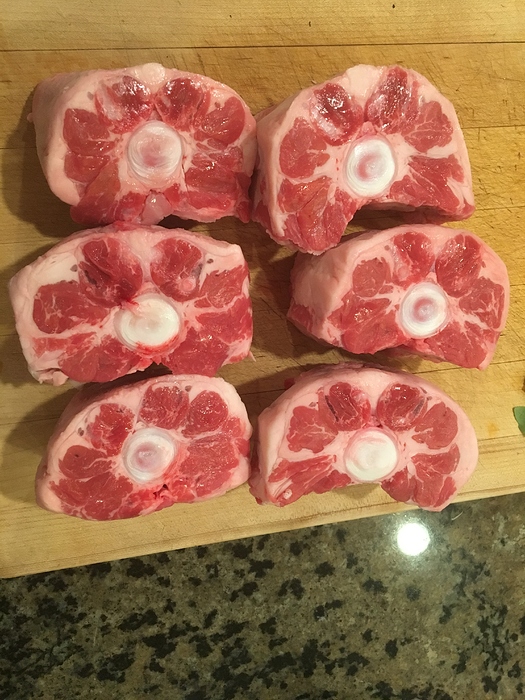 Love oxtails, they are delicious!

One of my favorites. When I saw these two packs with large cuts I had to grab them. The others were a mix of medium and small cuts. Mostly bone

Those oxtails look great. Can I ask what time/temp you SV’ed them for?

I recently did a sous-vide boned leg of lamb. I followed Kenji’s temperatures and timings precisely for medium-rare. I got raves and compliments from the guests. One guest told me it was the best roast beef he’d ever eaten, so soft you could cut it with a fork. That was exactly the problem. It had no structure, no chew resistance. And any little piece of fat or gristle that was in the meat was simply uncooked and unpalatable. I don’t think I would have had to go to 162 degrees F and 48 hours for leg of lamb, but 132 degrees F and six hours was too little to my taste.

Never cooked a whole leg, boned or otherwise. My SV bath is not big enough for one thing. I suggest keeping notes of everything. Weight and thickness might affect the result. (I’m sure you already know this)

Hate it when it completely falls apart having no structure and chew resistance! Seems many people like it that way so…

You’re right that keeping notes would be a good idea. But cooking a whole leg of lamb is something I only do on rare occasions, when there will be enough people around to help eat it up. I suspect that I would have been happier if I had cooked it ten degrees F higher. Next time! And as far as notes are concerned, they are right here! 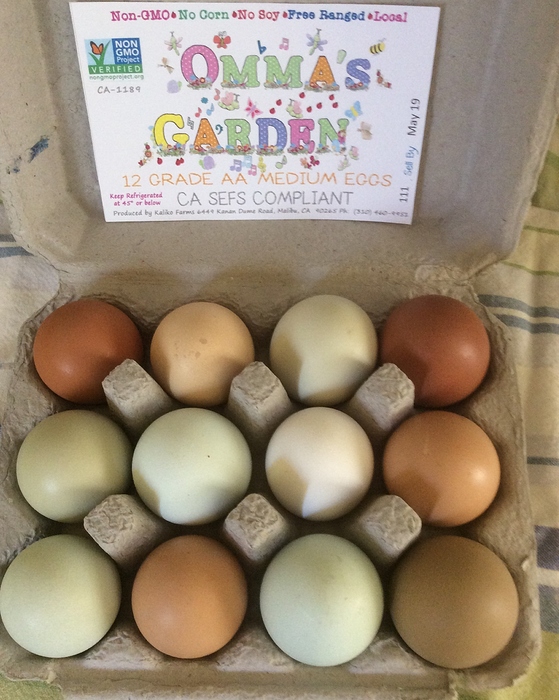 This time of year, I fall in love with eggs once again. I found a lovely farm stand that has eggs from fifteen different breeds of chicken. How amazing is that?

So we have been eating many poached eggs, deviled eggs, omelets, and also eggs scrambled with asparagus or peas, or garlic chives, or spring onions.

Your temp and time was exactly what I did for oxtail. Which I thought might have gone a little too long. But the fat was soft and easy to seperate from the meat

I quickly found out I needed an entire page of my notebook to keep notes of details. Columns for main ingredients (meat/veg etc), temp, time, weight, thickness and so on for each thing to SV. Results and observations. What doesn’t work I cross out and write right below a different temp and time to try next time. It’s messy but that’s how it has to be learnt, through experiments and failures. I use established temps and times (by others) only as a guide line.

Your notes are your personally calibrated recipes which you can return to again and again.