I’m not a fan of pork loin because it is very lean but when a beautiful center cut section that looks like milk fed veal is on sale for less than $2.00lb., I’m a buyer. I generally roast it in my toaster oven piqued with garlic and rubbed with herbs or I might do the same thing but seared in a frying pan and finished sous vide at 145F. I make a sauce with the juices and brown sauce that I generally have on hand. It’s OK but kind of boring. I’m looking for Ideas/ recipes for utilizing pork loin. Maybe something decadent that involves deep frying or hot spices? I also have pounded out cutlets and made schnitzel and “veal” Parmesan. Any suggestions? Thanks!

If you’ve never done a roll it is really easy, just really hard to explain in words. Maybe I can find a link if you’re interested.

Thank you, yes I have stuffed a few pork loins in my day.

This time of year, I marinate a pork loin in apple cider overnight and then grill it hot and quick. I simmer a pot of cider down to syrup, add bourbon towards the end and serve sliced over a bed of garlic potatoes.

I buy pork loin for certain preparations. I usually slice it for cooking, not roast it whole.

OK, I love pork loin for it’s versatility. It’s kind of like a blank canvas to be adorned as you wish.

Trim any silverskin but leave any fat. Cut through the loin lengthwise about an inch above the cutting board almost all the way through, but not quite and roll it out, repeating the process until you have a uniform thickness of about an inch. You now have a fairly large, very lean “blank canvas” that grills up beautifully and very quickly over a hot fire. Just use a dry rub or wet marinade and get creative.

I’ve recently used the basic technique to make Jamaican Jerk Pork, Chinese Char Sui, and Mexican Pastor. Once you get the hang of it, the prep is fairly quick and the cooking is very quick.

Since I usually cook for only two or three, I will also often cut my butterflied loin in half and freeze half for later. I can get several meals out of one pork loin; (really a half loin).

Oh, and I usually trim around the edges to get enough shreds for a nice stir fry.

Edited to add: Also, instead of this prep, you can cut extra thick chops and use them for stuffing. Good stuff(ing).

Are there two cuts of pork being discussed here? I’m in the UK, and here loin would be the bit that chops come from, bone in or bone out. Some replies seem to refer to the very lean tube of meat we call pork tenderloin, which needs different treatment. 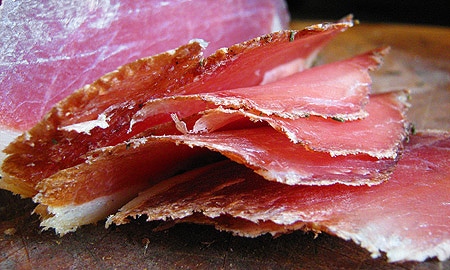 Pork is the lone meat I still buy, in no small part because I have access to heritage pork raised the old way, with a varied diet and generally darker and fattier meat than that crap

I’ve had this with stewed prunes and buttered egg noodles. Delish.

My father is forever coming home with whole pork tenderloins from costco- even though it’s just him and mom at home. More often than not they slice before cooking (or freezing extras) and then will use for a stir fry or seared and in sandwiches. Dad is a fan of wrapping the whole thing in bacon and roasting but mom won’t let him do that unless there are enough people over to eat it since she’s not a fan of that prep as leftovers.

This is especially rich and definitely satisfies the decadent requirement. Its also pretty simple. It’s originally from a Sophie Grigson recipe.

Soak prunes in dry white wine for as long as you can - drain and reserve the wine. Cut the tenderloin into thick discs and dust with flour. Fry in butter. Remove pork and pour in the reserved wine, stir in recurrent jelly and reduce. Stir in whipping cream and reduce until you get a thick sauce. Add the pork and prunes and season with salt and pepper and a dash of lemon juice.

It’s good to experiment with the ratio of prunes, pork and cream to get the right mix for you. The prunes add a sweet note, and the cream a richness. Both of which can overwhelm the pork.

It goes well will mashed potato or rice and simple green vegetables like beans.

They’re talking about what you are calling a tenderloin Robin although it’s really the same piece of meat that you call a loin. Here I rarely see the whole loin with the bone in.

I like it slow roasted with salt, pepper, thyme & sauerkraut. AND mashed potatoes. Winter food.

There are many examples of the US names of meat cuts being tricky for us Brits, John! I’ve never quite nailed your “Top Round” of beef, although I reckon we’d call it “Topside”.

This is what we call loin of pork (boneless):

Here’s one on the bone: 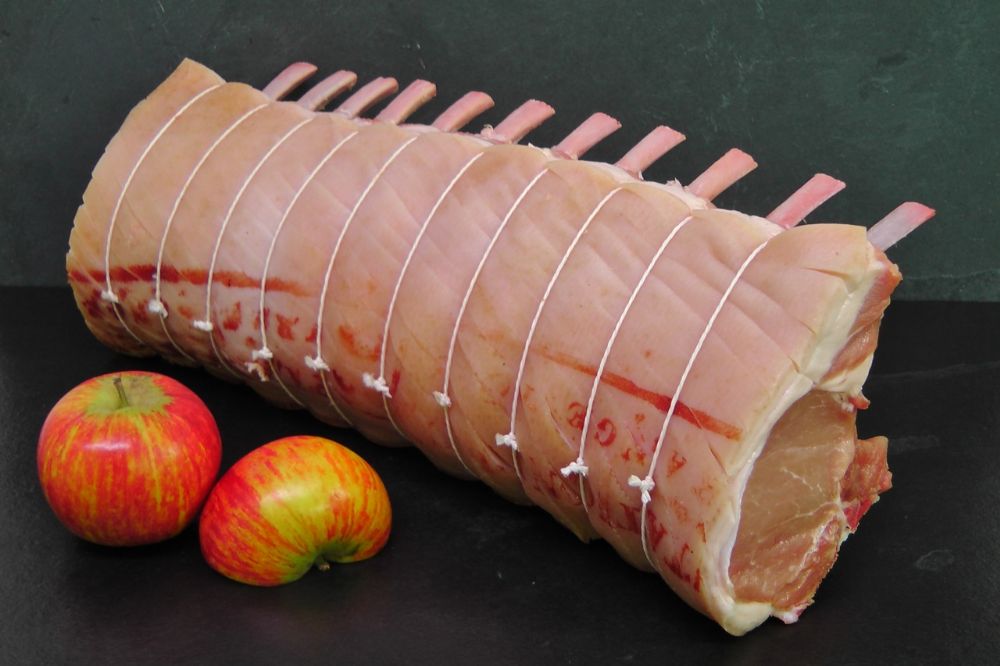 What would that be called in the US pleas?

I’ve gotten away from pork loin and pork tenderloin, kind of boring after awhile. And a lot more expensive lately! But one way I used to make it was a very simple recipe, marinaded with brown sugar, soy sauce and mustard or ginger, and baked covered with applesauce and cinnamon to moisten it up.

The other is more exotic, Thai Tenderloin Salad: marinaded Thai style, grilled then sliced, and served on top of a salad based on shredded cabbage , cucumbers, cashews and coconut.

If anyone wants more details, let me know.

Robin - when I see that in the stores it is most often labeled as a ‘Pork Crown Roast’.

That’s rather what I thought. The suggestions read to me as mostly treatments for tenderloin. I especially like the sound of Phil’s prune & wine affair.