Based on the description of cutting and the photo (size), is it right to assume Kitty’s is actual tenderloin?

I think that fact is known in BPT territory but not the rest of America.

Ha! For that matter, a lot of the rest of America doesn’t know what a BPT sandwich is at all.

Pork tenderloin: Italian style pan roast, as in this recipe, but you can also use white wine instead of vinegar, and I would recommend cooking for a shorter time, measuring the internal temp until done. 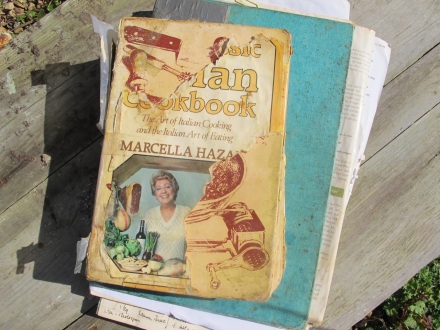 This is smelling mighty good at this moment–gently simmering on the stove. A dish I’d bet Marcella Hazan ate regularly at this time of the year growing up in Senatico on Italy’s n…

Not directed at anyone, but perhaps a clarification…

What is called pork tenderloin in the US is sold as filet mignon of pork in at least a fair amount of Europe. Its the small (2-3 inches or 5-10cm diameter) muscle that runs along the backbone. It’s very lean and tender and cooks quickly. A whole tenderloin will feed only 2-3 people. (Most of mine are a little over a pound/500g) its also quite a bit more expensive than loin.

Pork loin is the larger back muscle that runs the length of the back (just outside of the tenderloin). Its much larger, but still lean, and a whole loin will feed a small crowd.

They lie next to wach other on the hoof, and are similar, but aren’t interchangeable.

It confused me for a while when I lived in Europe, so just hoping to clarify a little. 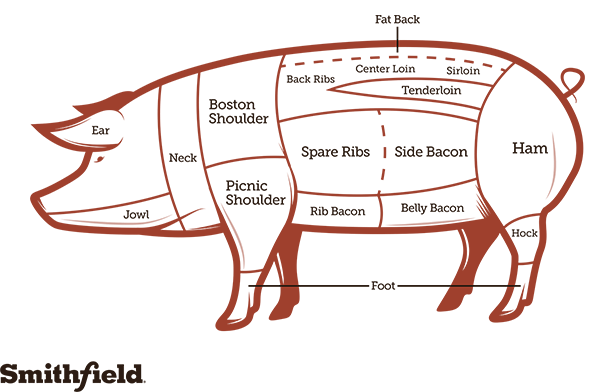 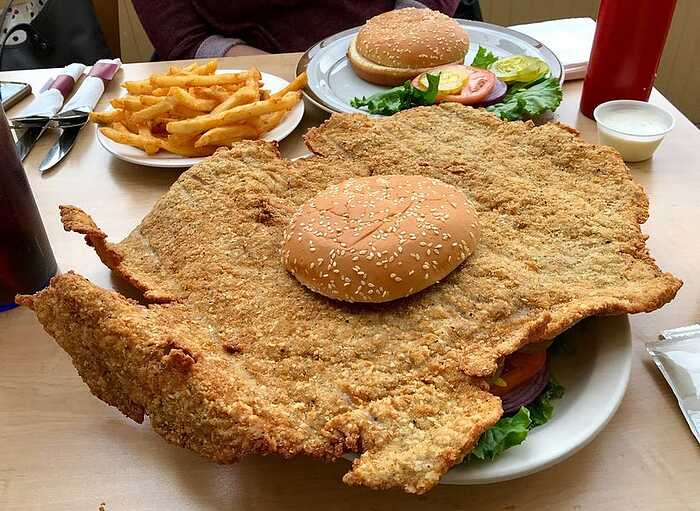 That seems to be mostly a French thing. Germany (and, I believe, GB) refers to the whole pork tenderloin as filet; mignon I’ve only seen used for beef.

I’m not a fan of pork loin because it is very lean but when a beautiful center cut section that looks like milk fed veal is on sale for less than $2.00lb., I’m a buyer. I generally roast it in my toaster oven piqued with garlic and rubbed with herbs or I might do the same thing but seared in a frying pan and finished sous vide at 145F. I make a sauce with the juices and brown sauce that I generally have on hand. It’s OK but kind of boring. I’m looking for Ideas/ recipes for utilizing pork loin.…

Ok, so usually I do these dry brined for probably too long, and sear, getting me to the temp I want. Usually get these bone in, but with the grocery shortage… With the covid boredom having long set in, I wanted to try reverse searing them like I occasionally do with steaks, but the recipes I’ve found have been for whole loins or bone-in chops. Anyone know if the cooking times for bone in are the same, or have something to suggest for how to adjust for a boneless loin chops reverse sear? 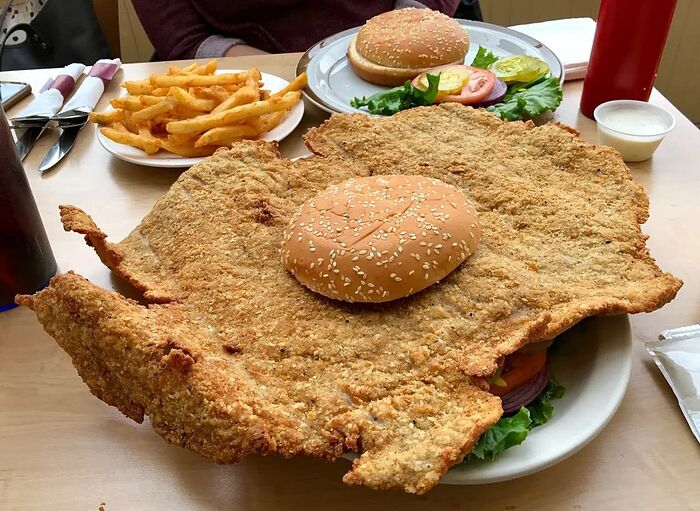 And the editor’s comments

A schnitzel on a bun. Hold the bun, plz.

For this household it is usually part of a quick, easy dinner and a lunch. For dinner it gets a sear, a rub, and up to 130 in the oven. It gets accompanied by equal parts fig preserves and Dijon and has saffron rice and snow peas cooked in a wok with butter and oyster sauce. The lunch is a mock Cubano with pork, ham, Swiss, yellow mustard, dill pickles, and a Kaiser roll, done on a griddle with an outside light spread of mayonnaise and a bacon press.

Another easy but flavorful one I remembered — use a porchetta spice mix: minced garlic, crushed fennel, black pepper, red chilli flakes, and one or all of sage, rosemary, and thyme, lemon/orange zest optional.

Rub on a whole tenderloin or cut into chunks first to get more coverage, like the pinchos recipe. And if you cook it in a hot pan, the browned bits add a nice dimension.

use a porchetta spice mix: minced garlic, crushed fennel, black pepper, red chilli flakes, and one or all of sage, rosemary, and thyme, lemon/orange zest optional.

Apricot, peach, orange marmalade. Rhubarb jam/preserves as is, or combined with any of the forementioned.

A quick prep for marinated, rubbed, or simply seasoned pork tenderloin is to slice an inch thick, sear cut sides over high heat in an oven-safe pan, then put the pan in a 375°F oven for 10 minutes, then let rest in the pan, on the counter, for another 10. Or rather than resting, add to the pan some juice or applesauce, and a spoon of prepared mustard, and make a quick pan sauce. If it needs thinning or extension, some chicken broth or vegetable broth.

There are several posts that reference dishes made with loin, not tenderloin, and I was shooting for a gentler, more subtle approach than

THeiR (sic) nOt ThE SamE tHiNg

I just remembered that when we did a couple (?) of Penelope Casas cookbooks as COTM on Chowhound a hundred or so years ago, there was a pork tenderloin prep called Lomo de Cerdo en Adobo that was so easy and delicious it became part of my repertoire although I see I have not made it since early pandemic days - so long overdue. I slice the tenderloin prior to marinating. My notes also remind me that once I marinated it overnight and then something came up so I threw it all into a ziplock, flattened into a single layer, threw it into the freezer and hoped for the best. It was perfect, thawed and cooked a couple weeks later.

Another point I have not seen made in this thread, maybe because it’s obvious, is that no matter what the prep it will be tastier if you remove the silverskin first. 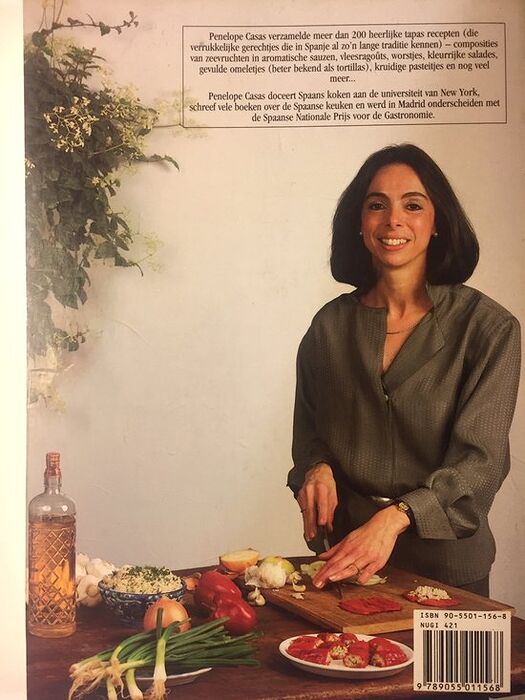 Count me in! It was ages ago but I remember a number of recipes that had an excellent effort to deliciousness ratio.

In terms of specifically tenderloin, this is probably my favorite use. Here it really makes a difference vs simply using a cut like loin. 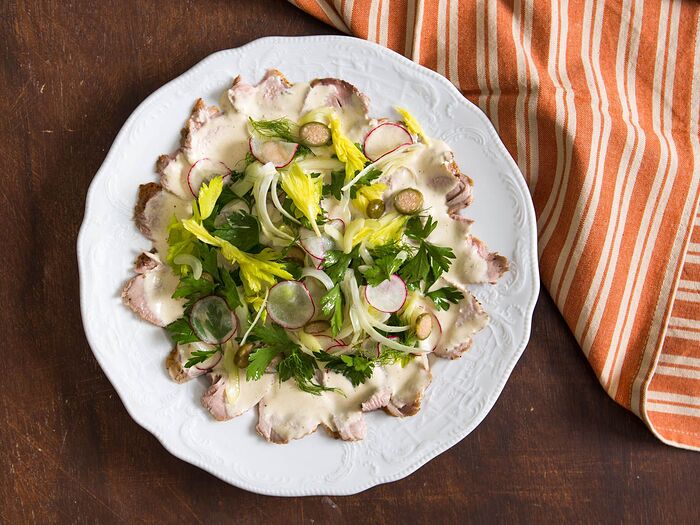 Vitello tonnato (veal with tuna sauce) is a northern Italian classic, but it can be hard to convince the uninitiated that it's even a good idea. Not only is it delicious, though, it's just as good when made with pork.

What a great idea! Vitello tonnato is one of my favorite Italian antipasti, and I’ve only managed to make roast beef or roast turkey versions, but this sounds much better!

I don’t have a Milk Street acct but googled the title and found someone had posted it. I often search titles of ATK/Cook’s Country and Milk Street recipes, and maybe half the time I find that someone has posted.

@Saregama and @GretchenS – I made this last night and we all loved it. Very easy and very good.

Glad you enjoyed it, @CCE. It’s a good one for being pretty easy.