I ate it growing up in NYC, and have made it on occasion, but not enough to know what I’m doing. Nonetheless, trying again. 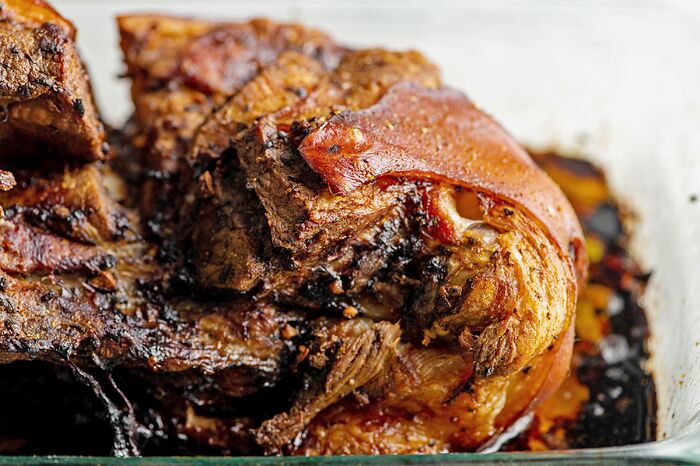 I sort of used these recipes.
Probably paywalled. I’ll repost if i can do a gifted one with a tiny url. 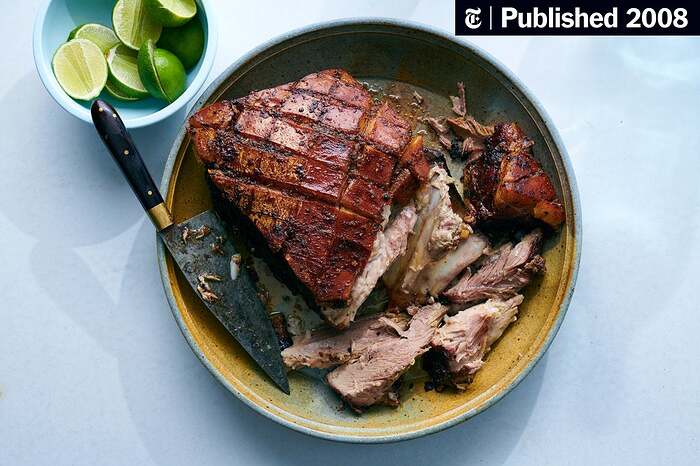 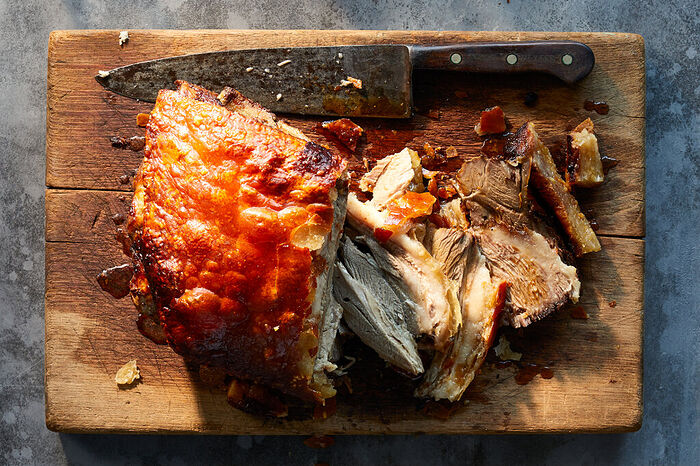 Perhaps the best known and most coveted dish from Puerto Rico, pernil is a positively sumptuous preparation for pork shoulder It’s marinated (ideally overnight) in garlic, citrus and herbs, then slow-roasted on high heat to achieve a crisp...

I’m inspired because I found a small one. I get confused by the two cuts when they both have skin. 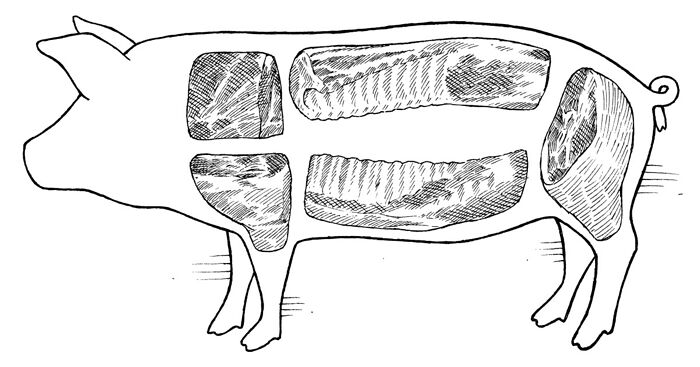 The Difference Between Pork Butt and Pork Shoulder 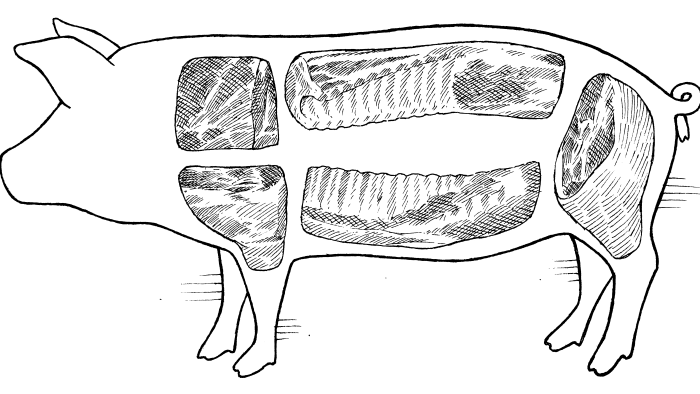 Lucky’s in Vacaville had two small cuts with skin this week. I have the “butt”. Dang! Should I have gotten the “shoulder”? I may go back! Why is it unusual to have these at 3 or 4 pound pieces? 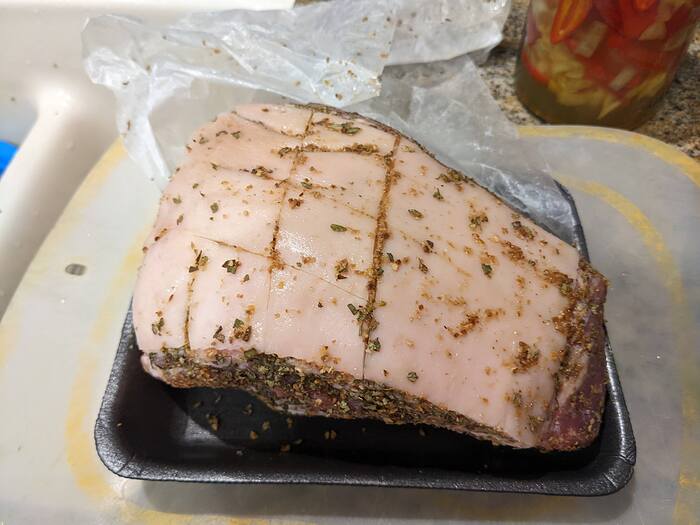 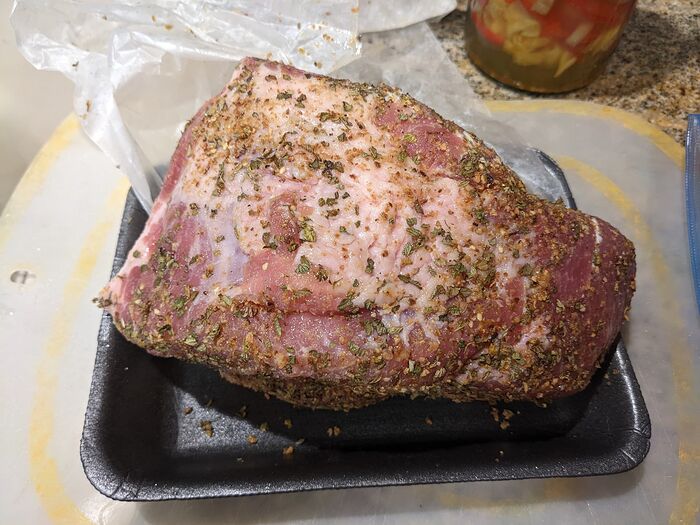 I think I’m using this method. 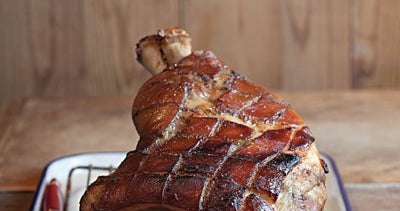 The pork shoulder is soaked overnight in a citrusy mojo marinade in this Cuban recipe.

If you are marinating and slow roasting these I really don’t think it matters what cut you have. I use either for pulled pork or carnitas and can’t say I notice any difference.

Thank you! I have some peas and rice /arroz con gandules to go with! 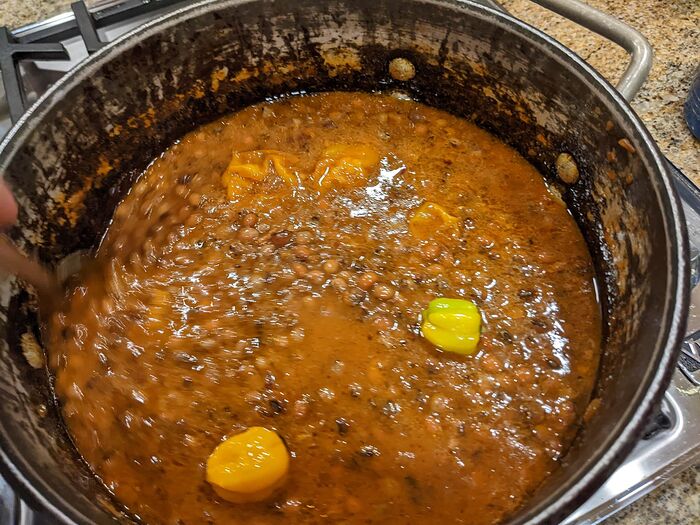 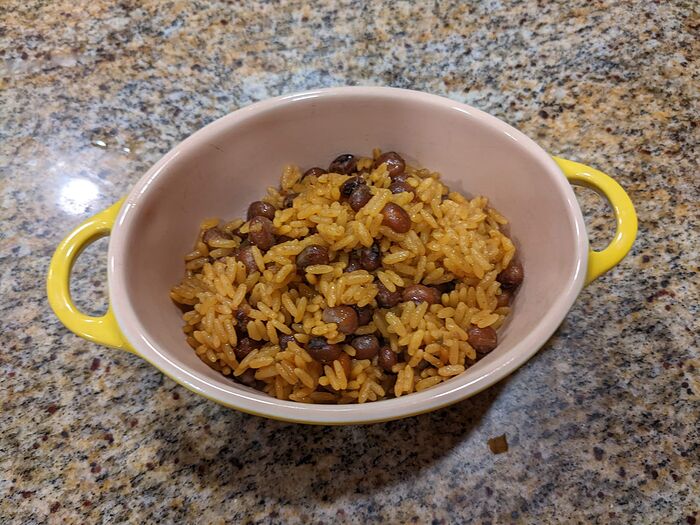 Im coming over just to make sure you are doing it right.

i like how you just tossed a few habeneros (?) into the pot. that’s a nice big butt you got there btw! my pal does that similar recipe in a large slow cooker crock pot thing…have fun!

super!! did you grow them?

Yes I did! I got some seeds from a pepper I from my MIL. 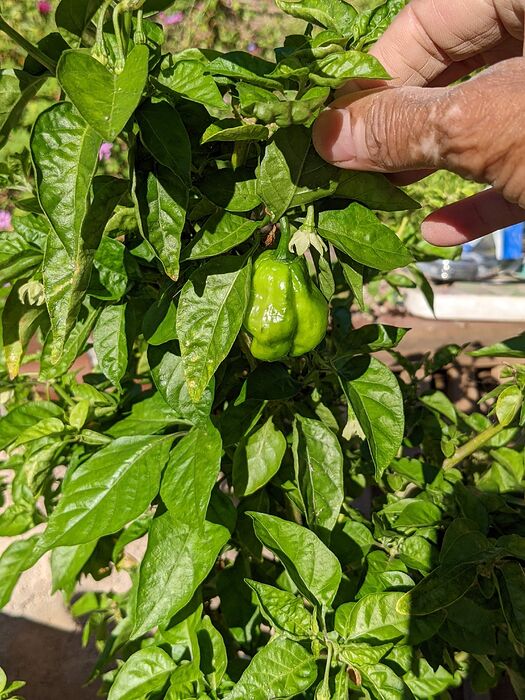 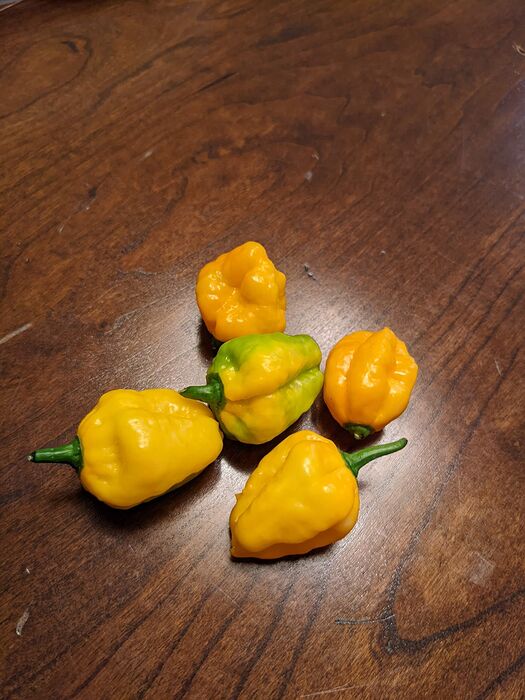 Three hours under parchment and foil at 300 f, about170 at 3 hours, and I’m not feeling confident about crispy skin. 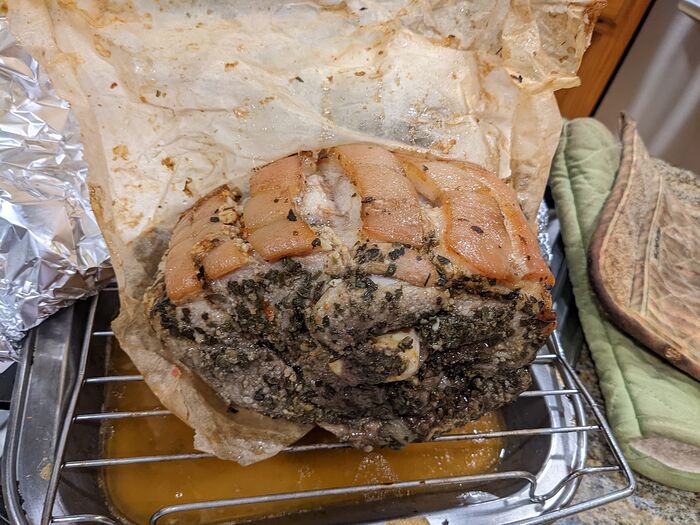 The second NYT recipe reads " This recipe is deeply indebted to the chef Maricel Presilla and her recipe in “Gran Cocina Latina", but I have the book and cannot figure out which pork recipe it is!

A few recipes reference finishing at 400 f , so I might try that. Others mention separating at least part of the skin from the meat and one mentions finishing with a broil, but I seem to recall that not working out so well with a pork belly.

@shrinkrap when I made the Momofuku pork butt recipe, it called for a very hot oven at the end to crisp up the skin - pork sits on a rack for circulation. Maybe try that?

ETA: the oven ran very hot, so I turned the pork a few times (turned the baking tray mostly, and I may have flipped it once).

Thank you! Mine is on a rack. How hot was very hot? I may have that cook book too. 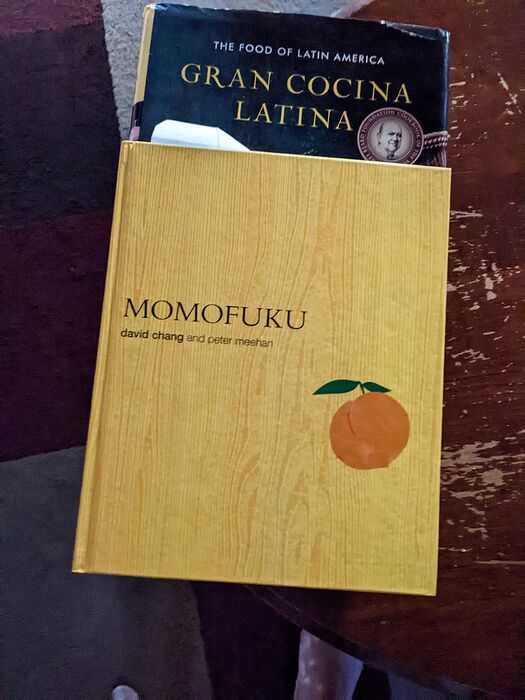 500 - I just looked at pics of the bo ssam and the porchetta I made around the same time, and they both charred a bit so keep an eye on it - and make sure it’s on the lowest shelf!

(Even charred, though, it was delicious!)

make sure it’s on the lowest shelf!

Yeah. I may have broiled by mistake. Pics were posted.

Remember all that pork from a few days ago… Tonight was Bo Ssam night. I finished the pork with a sugar and vinegar rub, broiled to crisp (well, it got charred again), made a scallion-ginger-cilantro-serrano condiment (riff on my usual, not the Momofuku recipe which doesn’t blister the aromatics), and approximated the ssam sauce with what I had on hand (sichuan doubanjiang and miso instead of gochujang, plus a few other things). The pork was delicious, but the scallion sauce was the hit f the …

And… the finish. Pork shoulder “porchetta” with pan gravy, sautéed spinach (a la rao’s), garden tomato salad, and crusty bread (not in pic). The fat got a bit charred, but it was crisp and succulent. There’s barely a quarter left, so I think it was a hit. [image] [image] [image]

I liked it then, and I like it now! 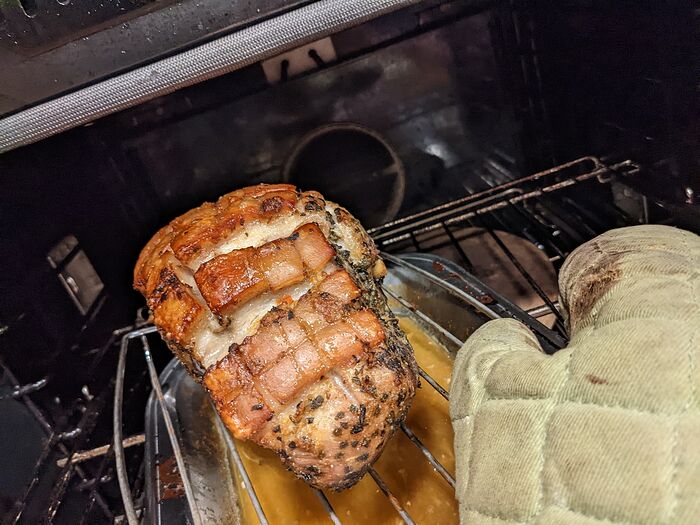 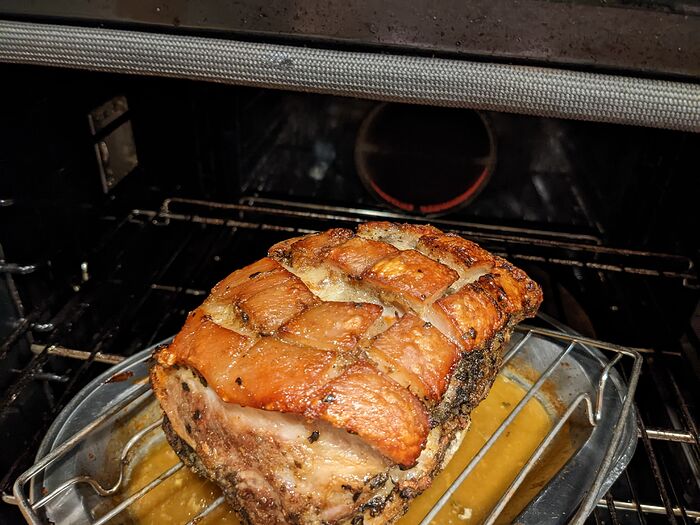 Not on the lowest shelf but watching closely! Moments later,vat 175 f internal. 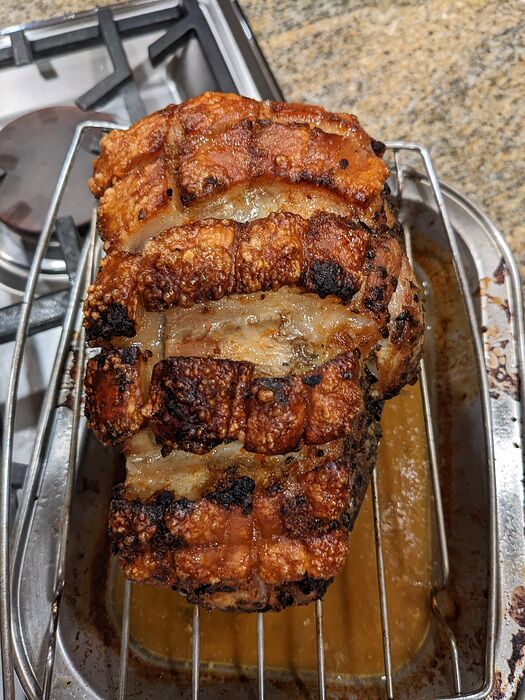 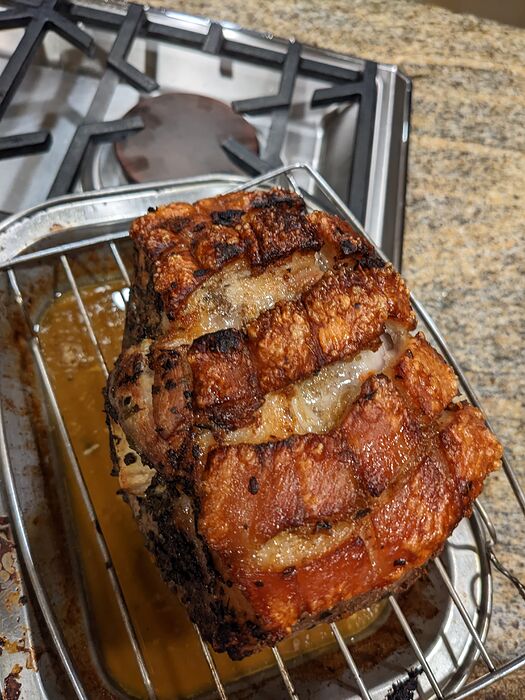 What is the hottest part of a convection roasting oven? Nearest the fan,? I guess it’s supposed to be even all around. 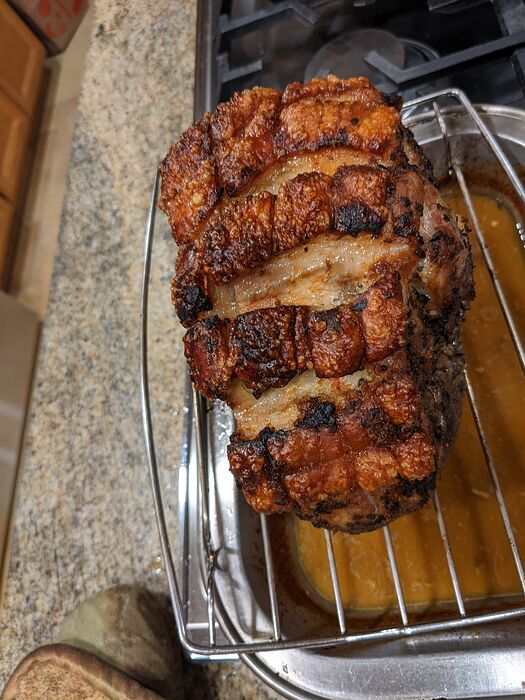 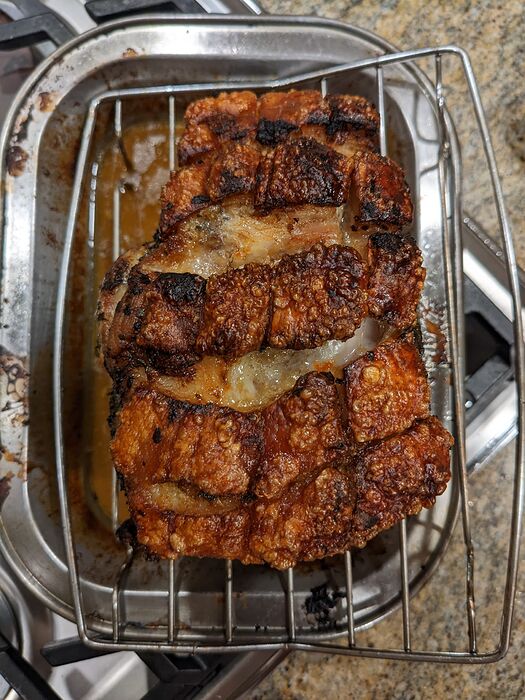 Not all of the skin has a hollow “thunk” but I took it out.

Maybe I’ll make the pernil (assuming you like how it turns out) when I visit them soon, because it goes perfectly with the beans & rice and tostones their cuban friends taught us!

Not pull-apart, but great texture, moist, and very tasty, and the skin has the perfect crunch. 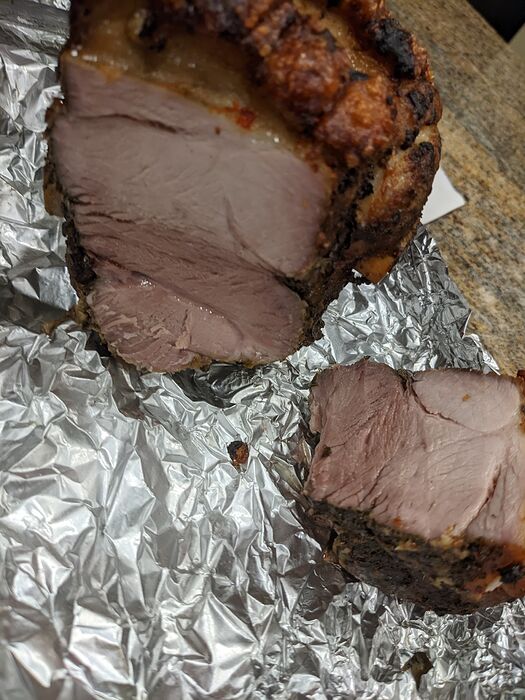