Dead fridge on Saturday means limited cooking until the new one arrives Thursday (I hope). Luckily it’s cold enough outside that all of my condiments and such can live on the porch for a while, and we caught it early enough that most of the freezer contents survived and are now stashed in the large freezer downstairs. Still, I’ll be living vicariously through you all for a bit while eating lots of omelets and takeout. 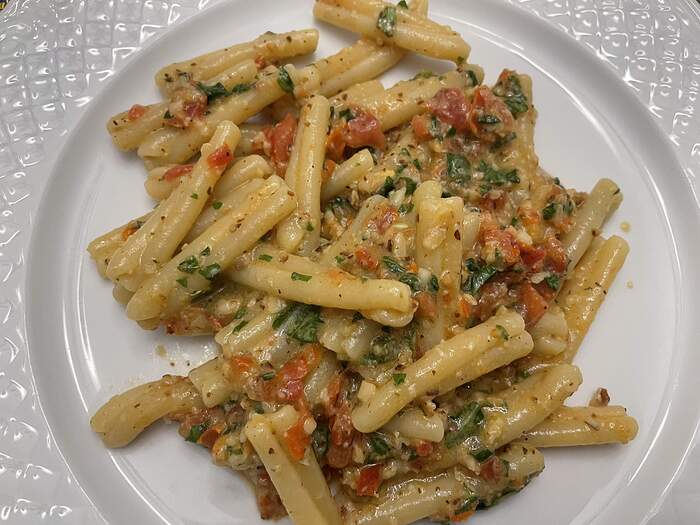 We’ve got Mardi Gras. We’ve got Daylight Savings Time. We’ve got St Patrick’s Day. We’ve got Spring showing up again! Beads, cakes with little plastic babies in them, sunshine later in the day, Irish soda bread and corned beef (and lots of people drinking green beer, which is just weird to me), and daffodils and crocuses. When you look at it that way, March is a Party Month, for sure!

March is a sign of renewal. And in 2022, the world needs a sense of renewal like nobody’s business. …

@mariacarmen @GretchenS I always get lemon pledge from lemongrass. That’s probably why it was an acquired food taste for me.

You know how sometimes you need to make your own mistakes and you just can’t learn from other people’s? We had no real personal experience with the supply chain shortages so we heard a lot of wahwahwahwahwahwah. Our dishwasher broke in August and instead of replacing with a store model, my H was like - this will be a 10 yr commitment. I want to pick one that I like. Ordered in August. Still waiting. Still handwashing. It isn’t even anything special. Part of the store’s normal inventory. And yet…

@mariacarmen
I have to ask you about your carnitas photo. The last time I made carnitas, my before looked similar to yours. Hunks of pork butt, onion, garlic, and halved oranges and limes. After a low and slow of 3 hrs in the oven, I took out the meat to shred and tried the broth for seasoning. I was planning on using it to moisten the meat. It was bitter as heck. I think from cooking the citrus rinds for so long. So I threw it all away and was grateful that the meat didn’t take on the bitterness. Did you have this issue?

yes, the citrus rinds can impart some bitterness, but i don’t usually find it that noticeable or overpowering once mixed into the meat. also, and i have no idea if this would make a difference, but i do mine stove top. i sometimes shred, put on a baking sheet, add back the liquid, and then broil while tossing occasionally to get crispy bits. but more often than not, i just shred and serve it as is with some of the juices. i also then save the juices for the next batch.

Thanks for your response. I’m guessing I either used more rind than you or cooked it longer. Because I tried the broth after and could not imagine doing anything with it besides dumping it. It was unpallatable. I think it was 2 entire limes and 2 entire oranges (with all the pith etc. I’ll likely try a similar thing next time except with just the citrus juices…

well i guess it depends on how much pork you used. I usually just do maybe a pound of pork shoulder, maybe two, with one orange cut in half and two whole limes cut in half. that would be a good experiment though, maybe i’ll try that too.

Maybe you could use a potato peeler to remove some of the peel with minimal pith, and then cut the remaining rind off with a knife, leaving just the fruit. That would seem to solve the bitterness problem.