We’ve got a whole quarter of TACO Tuesdays to look forward to, HOs! This quarter’s DOTQ is an almost universal favorite and an incredibly versatile meal or snack. I look forward to reading about how you HOs taco!

Linking Cookbooks of the Month for Jan here, as they’re Mexican.

Welcome to our reporting thread for our January Cookbooks of the Month: MEXICAN EVERYDAY and MORE MEXICAN EVERYDAY by Rick Bayless. To report on a recipe, please put the recipe title in ALL CAPS. Include the page number if you are cooking from a hard copy - no need if cooking from an ebook, we understand. Since we have two books this month, you will also need to include in your heading which book the recipe is from. If you are the first to report on a recipe, make your report a reply to thi…

This has @Mr_Happy written all over it!

Anytime I have leftover chicken, it often ends in a chicken taco, or enchilada. I boil the carcass, or indi pieces, remove and cool, meat off bone, bones back in the pot. Let it roll for a time. Take chicken and throw into CI 10", add broth over top, salt, pepper, homemade chile sauce, little cumin, diced onions and reduce all of the liquid in it, until the chicken essentially self shreds and the liquid evaporates, add to tortilla shells prepped like this: I use this small Mauviel pan for smaller tortillas and just spray ( I just fill a spray bottle with corn oi) the hot pan, lay the tortilla (one side basted with homemade chile sauce) down and let it brown, pull it off, add cheese to half of the tirillas and crema to the other, throw back in pan to melt, and you’re ready for filling. That little bit of chile sauce cooked on adds some love that I dig. Bigger flour tortillas I do the same with a larger CI pan.

Would be interested anyone’s experience making corn tortillas without a press, as I do not need YET ANOTHER thing taking up space in my kitchen.

Do you roll any other flatbreads? I have a press but prefer making them without.

If you’re new to rolling, it’s easier to do in between two sides of a ziplock bag (with a tiny bit of oil on the dough to help against sticking).

Yes, I make pizza and pita and flour tortillas. Thanks for the ziplock idea. I wonder if my pasta attachment on a wide-ish setting would be helpful.

Flour tortillas are probably the most helpful of those, but corn is a lot easier to break because no gluten.

ETA: you can also use the (split open) ziplock bag inside the press — corn tortillas are one of the few things the press is actually good for, once you figure out the right pressure / thickness.

Anytime I press, they’re too thin, so I hand pat when I use corn masa. Thicker and hardier. I use plastic, too. Just use plastic wrap and oil. Sure smell good when I put them in the pan. No press here. Was gifted a press years ago, kept it for a decade, never used it, gave it to a friend who probably stores it among her forgotten single use items.

I will definitely be rolling them. I don’t think I’d use a press enough to justify buying one (and I am now eyeing my china cap and my dutch oven).

Aah. Thought you had one and didn’t like it, like my puri press (which doesn’t press anything it’s meant for thin enough, so why do I bother).

You can squish the masa balls between two sturdy plates (use the ziploc to keep from sticking). My old Corelle plates are good for this. Just press in the center carefully until you get the thickness you want.

Oh, nice! These guys are my gold standard.

I’ve bought tortillas from them in the past, but never made corn ones of my own.

I was going to add that anything round and flat and the counter also works - like a cake pan or a small saucepan.

Oh, yum! Totally bookmarking that. Thanks!

My recent favorite tortilla to make is 50/50 flour and masa harina. A little bacon lard and sprinkle of lime juice in the mix, please. 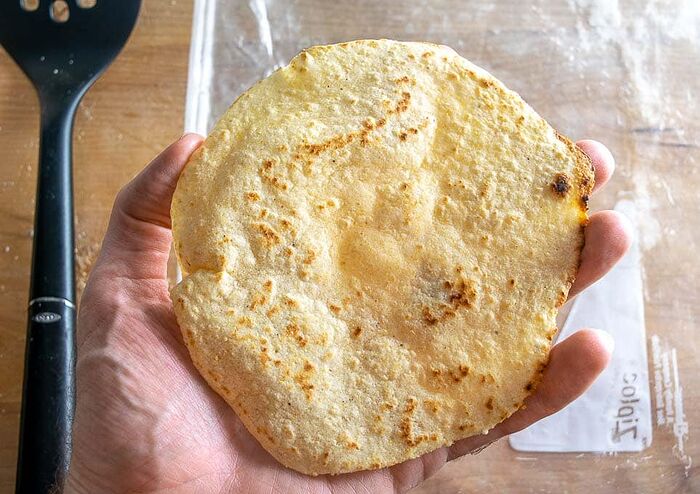 Half and Half Tortillas (Corn + Flour)

I keep seeing these Half and Half Tortillas in my neighborhood and decided to experiment with my own recipe -- I'm glad I did because they were delicious!

We had tacos this past week - old school style: ground meat (turkey), hard shells, etc. I’ve switched from the pre-packaged seasoning to this homemade one, using smoked paprika and leaving out the red pepper flakes because my 12yo can’t tolerate spicy. (The blogger doesn’t say this clearly, but a 1X recipe is enough for 1lb of meat.) 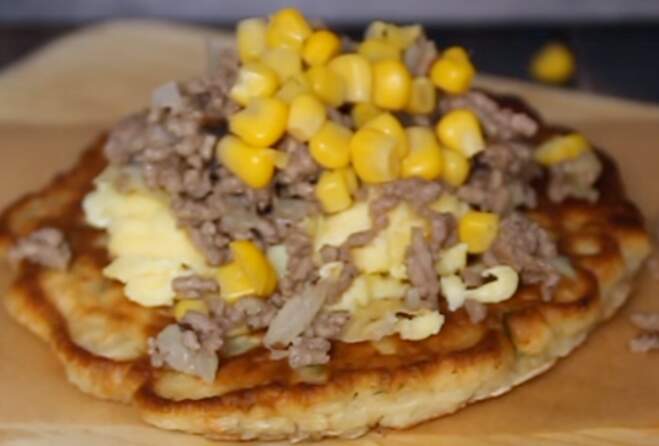 I have this press, it takes up little space:

I usually use it a few times a month but I do eat a fair amount of tortillas.

Re: plastic wrap when pressing masa - I’ve had the best success using polyethylene “bread bags” which are thin and light, cut up into two pieces. Doesn’t even need oil or cooking spray, just maybe a wipe down of the plastic with a paper towel after each tortilla. Ziplocs, which are a bit heavier, I find tend to stick more, especially with fresh masa. 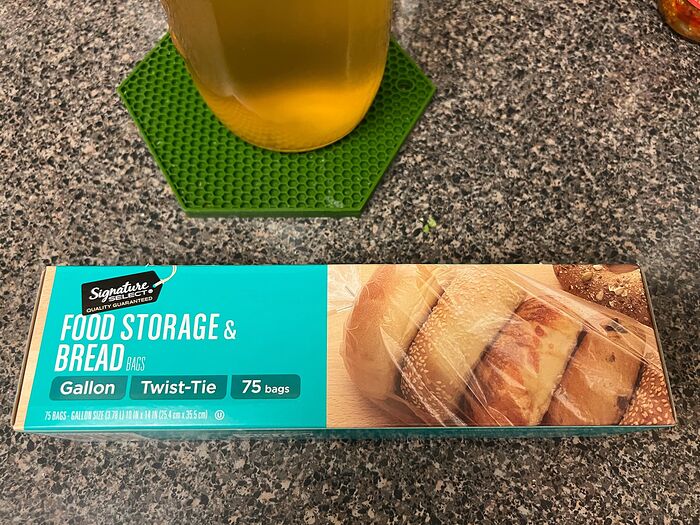 Thanks! If it looks like I’m going to making corn tortillas on the regular, I’ll consider that one.