Speaking of rice, which ones do you eat?

Incidentally, speaking of rice, I have been using rice raised from the US- Kokuho red rice since the 80’s. Back in the 70’s, Ralph Nader made us all aware that a lot of rice imported from Asia countries were coated to improve their looks. One such coating is talc, which was shown to increase incidence of stomach cancer ( research has proven that). I used to take my time reading all the ingredients after I read his report. I was shocked to find talc in almost all the rice I had been buying. Since Ralph Nader’s lobbying attempts trying to ban their import, lots of the companies had since the 80’s changed their coating to corn starch, rice powder as well cereals. Now, cereals such as wheat , barley oat malt etc are items that coeliacs cannot use because of gluten. So, I had been using California’s Red Kokuho, rice since then, It is good as the rice is a bit shorter grain, works great when left overs are reheated but not for fried rice. I have not been examining the rice sold at the Asian market as I do not have to worry since discovering Kokuho red ( there is also a cheaper kokuho yellow brand)

Edited from Do you know the origin of your ‘Secret Family Recipes’?

Personally, I use several types of rice, Thai or Cambodian jasmine rice for cooking Asian recipes, Italian carnaroli pour risotto recipes , also some small bags of Indian basmati or Japanese sushi rice, but they are not frequent. Not really aware of this rice coating problem, but I will try to read more.

A while ago, I read an article on how white rice killed the Japanese: 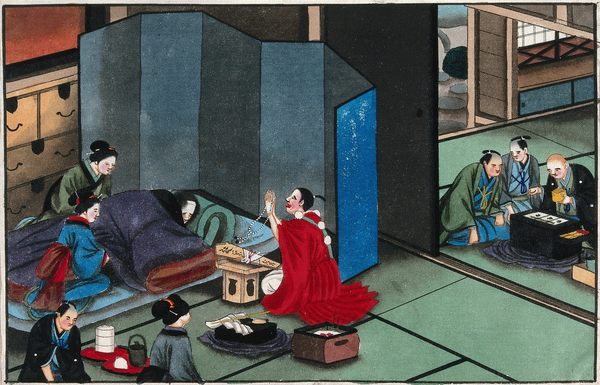 How Killer Rice Crippled Tokyo and the Japanese Navy

One stubborn doctor pioneered a cure.

One thing for sure, white rice doesn’t sound very nutritious.

Yes, I have been aware of Beri Beri since med school
However, thiamine( B1) should have been supplemented from other diets such as beef, liver legumes, etc.
I have not been reading ingredients when I buy rice for a long time.
I hope Ralph Nader was able to completely eliminate importation of talc coated rice.
Not only is Ca of stomach common among Japanese and Chinesebut cancer of the nasopharyngeal and esophagus from consuming very very hot tea.

Jasmine is my go to general purpose rice. I also currently have a bag of Calrose for sushi and also a short grain white in the pantry. I don’t use converted parboiled rice. I don’t seem to buy brown rice very often but should since I like the nutty taste and it has more fiber

We’ve usually got basmati, arborio, pudding rice (no idea what its genus is, it’s just sold as pudding rice) and Camargue red rice. From time to time, we also have “paella rice” - again, that’s how it’s sold so no idea what it actually is.

I’m also becoming quite a fan of the pre-cooked mixed grains and pulses from Merchant Gourmet. Very much a solution when you want an ultra quick dinner. https://www.merchant-gourmet.com/products/range/ready-to-eat-pulses-grains/

I try to keep several rice. At one point, I have the white rice and brown rice of each, which was getting silly because they take up a lot of space and I couldn’t finish them fast enough. At this point, I only keep two kinds: Thai Jasmine rice and Japanese medium grain rice (sometime substitute with CalRose)

I always carry the red kokuho short grain rice.
Would like to have jasmine rice for making fried rice but too many containers and a waste of space . I also have a little left over arborio rice. Once I use them, I am going to use the containers for other stuff.
Another rice I have is the round chinese glutinous rice ( I am not replacing that as neither my son nor his friends ate the sticky rice with coconut that I made before. I used to carry them for Filipino dessert as well as for stuffing for turkey during thanksgiving when make savory sticky rice since my husband was a celiac. )
I have to have bomba rice for paella as I have to buy them from the internet!
I know brown rice is better but they do spoil faster and takes more time to cook.
Wow, can you imagine how we got to this stage?
Imagine the different kind of flour that I had to keep to make gluten free pound cake. 7 KINDS!
Now, since my husband passed away, I am displaying all my famille rose and blue porcelain vase that i kept all my flours in as decorations.
I just counted I had 8 of them, quite a collection.
Now, only 2 are used.

When I was young, I really like shorter grain soft rice, but somewhere in my grad school years, I started to appreciate the long grain Jasmine rice. I love Basmati rice too, but I don’t keep them anymore. I only use it when I cook Indian style dishes, but I rarely do that anymore. I used to have like 10+ kind of rice at home… a little too much.

Oh yes, about the glutinous rice, I used to keep them to make the Cantonese lotus leaf sticky rice (糯米雞) and others, but I tossed it all away during my last move.

7 kind of flour to make gluten free pound cake? Really? You mean like wheat flour? 7 kind? I do have a few kind of flour if I count the non-wheat ones. I have regular all-purpose flour, cake flour, rice flour, wheat starch (wheat flour without gluten), and tapioca flour…etc. Just last 2-3 weeks, I made some turnip cake using my rice flour and wheat flour. Example of turnip cake: 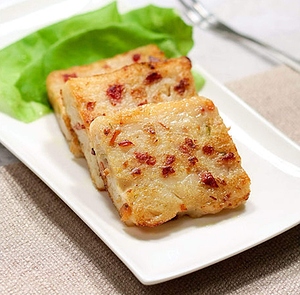 Should also add I buy basmati when I see it

I have brown and white each of Thai jasmjne, Indian basmati and Japanese rice. I also have some Chinese white rice, and a bag of black rice. I had some red rice, I don’t recall from where, but I didn’t like it , so I gave it to my neighbor.

Often I’ll make a small batch of white rice, and another of brown rice, and mix them together.

Brown, Basmati and regular white in my rotation

Yep. I used to have the wild rice and often mix the wild rice with the white rice. It provides an interesting texture. I think at the end for me… the number of rice I had just started to take up so much space, and frankly, some of them went bad…

Rice doesn’t go bad. What happened to it?

However, for the gluten free pound cake, the recipe came from engineer’s recipe for gluten free pound cake that taste better than pound cake. I had it in my lap top but had 2 lap tops since 2012 when my husband passed way. ( spill coffee and one the battery died) I remember using Asian rice flour, glutinous rice flour, potato starch, tapioca starch, corn starch , and 2 other kind of flour that is made by Bob’s red mill. I also had to add Xanthum gum and guar gum.

I googled and found engineer’s recipe for gluten free pound cake in U tube but but it is not the same as I remember using 7 eggs. It really was good. In e it easy, I make a whole batch, sift them and store them so all I have to do when ready to bake is take the mixed ingredient, scoop out the amount for a recipe, resift them.
Too bad, I cannot find the recipe now but I gave the whole batch of premixed flour to a friend who has gluten intolerance. . I swear it taste just like regular pound cake if not better .
I used to make turnip cake also and when I first found out about my husband’s problem. I also used to make Chinese New Year’s cake, was not aware that I can buy glutinous rice flour when I first arrived in this country, had to make it by soaking the sweet rice overnight, using my kitchen aid to mix the dough until it comes out like cement mix, and then, putting the mixture in a sack to squeeze all the liquid out. (I have the recipe book for Chinese snack which I followed)

I like your turnip cake but I made mine adding chinese sausage, dried small louisiana shrimp, reconstituted mushroom, chives etc , steam them and then pan fry them to eat with ketchup and tabasco.

No longer need to bake all that stuff since BIll passed away.

Not a bad idea. Did you have to freeze store the mixture?

had to make it by soaking the sweet rice overnight, using my kitchen aid to mix the dough until it comes out like cement mix…

That photo is not my turnip cake, just a photo on the web. I should have been more clear. I only wanted to say that the turnip cake is where I use a lot of rice flour.

Rice isn’t my cooking forte. I’m going to blame the crappy stoves in rental apartments in nyc i have lived in but maybe it’s also because I don’t cook more than two servings or so at a time.
Regardless i don’t make it often or crave it as my carb of choice.
I do love this wild rice blend from Lundberg, been buying that for years and somehow I don’t usually screw it up. Has a fantastic earthy nutty flavor.
http://www.lundberg.com/product/lundberg-wild-blend-rice/
I buy a short grain brown rice from whole foods bulks bins, and on nights when i do need/want white rice i just spare myself the pan scrubbing and risk of ruining it and stop at the sketchy chinese takeout place in my neighborhood- easily three within a five block radius of me- they have a small white rice for $1.

My wife (who cooks Chinese food only) is happy with a decent grade Calrose, like Kohuko (yellow label) or Homai, whatever Costco has in 50-lb. bags. She buys glutinous rice in small quantities seasonally, for making zongzi or yuanzi, or when she gets on a jiu niang kick.

As for pound cake, my grandmother’s recipe was: “A pound of flour, a pound of sugar, a pound of butter and a pound of eggs.” The flour was probably Gold Medal.

eating the Thai jasmine rice with nice separate grains that was so popular in Chinese restaurants for a while can be a pain in the ass to eat with chopsticks, especially from a flat plate.

From a plate, I don’t know why anyone would use chopsticks to eat rice. It’s just so much easier to do that with a fork.

I have to give calrose a try then. I shifted away from California rice a few years ago because I didn’t like the Lundberg and a few smaller brands we were eating.