Refers to growing seasons. We have the digital version and really enjoy the cookbook.

I’m going to try this one from Six Seasons shortly and report back. It was shared on Seriouseats. We prepared the entire indexed section calling for pistachios. Check it out.

I’m not shrinkrap, but just looked, and it’s impressive; did you have a favorite prep among those recipes? @Rooster?

farro and Roasted carrot salad and the fava bean pesto were both delicious.
The beet slaw with pistachios (no raisins) was great.
We make pistachio butter often.

Under "pie’ we enjoyed the carrot pie in a pecan pie crust.

The cauliflower ragu was very good as well. And turned into raw “couscous” in his salad version we fiddled with a bit too.

I have Six Seasons and you all are inspiring me to start cooking from it!

Just got this book, Pride and Pudding. Absolutely beautiful design and very interesting! Highly recommended for pleasure reading. History, and recipes that can be made at home. 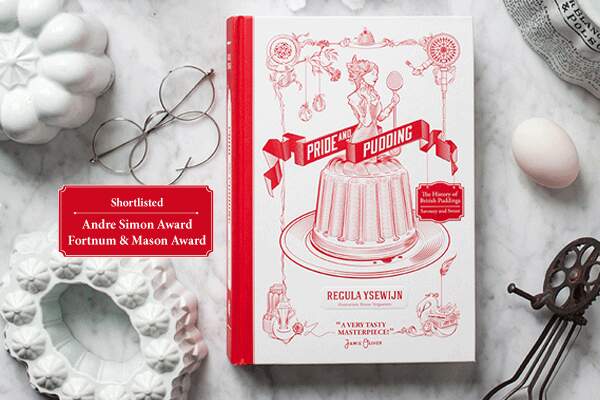 Pride and Pudding – The history of British Puddings Savoury and Sweet takes you on a journey through the fascinating culinary past of Great Britain. Published by Murdoch Books in Britain, Australia and New Zealand. Also available in...

That looks like an interesting book @poptart! Please let us know if you make anything from it, or Six Seasons.

I too am inspired to cook from Six Seasons, and will post results. New Year’s resolution is to cook from the books… 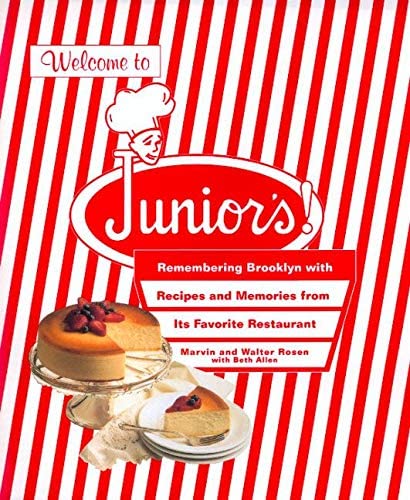 Anyone familiar with this?
I just picked one up at Goodwill yesterday.
Books from Brooklyn are not common here in small town Oregon.
Is the cheesecake really to die for?

Well, @bbqboy, it seems to have great reviews on Amazon, with a good nostalgia factor as well. Apparently there are recipes for diner type classics too. Living in the far (out) west, I’ve never had their food or cheesecakes, but they’re still making cheesecakes, which you can order online probably for a mere arm or leg or both.

Think you probably got a great score on the book. BTW, I found a couple great cookbooks at the GW in Roseburg a few years ago, including a famous Southern League one, The Gasparilla Cookbook from Tampa Bay!

Oh yes, many a time. Theirs is a rich (creamy) and dense (thick glide with a fork) cheesecake. One that holds up to say blueberry topping better than other styles of cheesecake. World famous.

Years ago, we even ate one a buddy had shipped to a resto stop in Peru…and it was beautifully shipped; fully in tact.

I hope you bake from that gem!

Just arrived - Yasmin Khan’s “Ripe Figs”. This is, I think, her third book. She travels through Cyprus, Greece & Turkey, linked by the former ties of the Ottoman Empire. For those familiar with her two previous cookbooks, it’ll be no surprise that there is mention of the political situation in the Eastern Mediterranean and she also takes recipes from the immigrant communities, from further east, who have found refuge in these countries.

More locally, I’ve also been given a copy of the “Manchester Cookbook Second Helpings”. I mention it only in passing as it’s not really worth anyone seeking out. It’s a collection of recipes from local restaurants - but the main interest here is how many places have closed since the book was published in 2018. 'Tis a fragile industry.

Thank you for posting this. I was not familiar with Yasmin Khan - her books look really good. I looked at her Instagram feed and of course had to start following her. 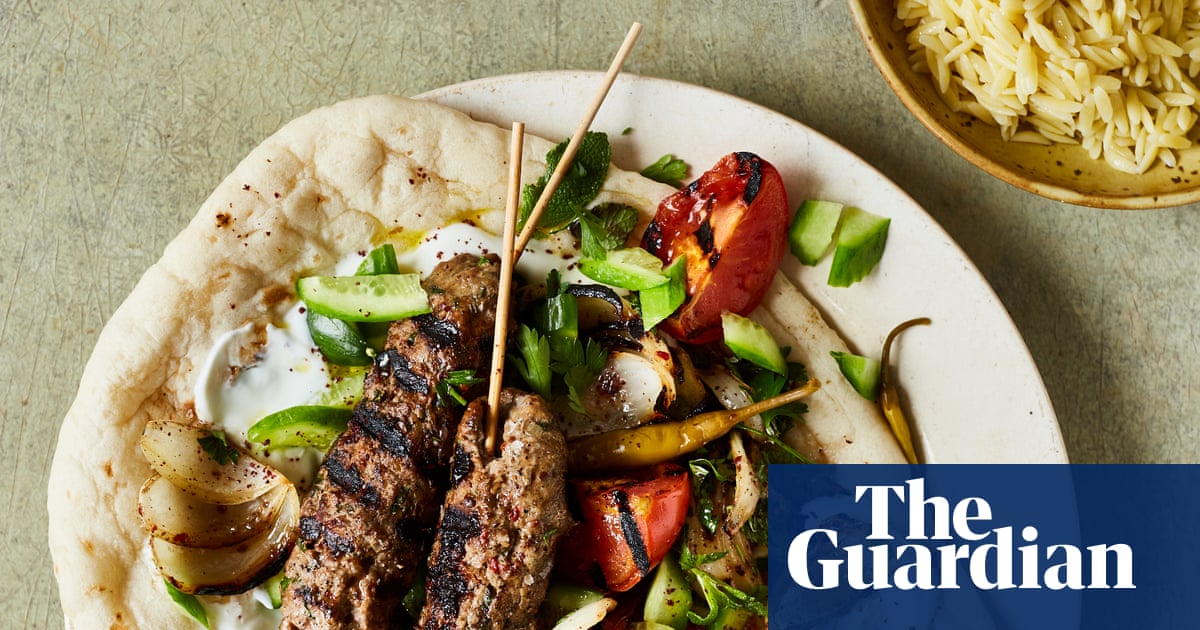 A richly spiced Turkish kebab with a zippy onion salad

From today.
I was intrigued too.

Thank you for posting. I can’t wait to try the grilled onion salad.

Happy to see this thread get some action! I’ve got a few to share, including a couple I’m really excited about. Will post pics tomorrow.

I’d like to resurrect the discussion about Six Seasons. I hope to get more suggestions about recipes you’ve made and loved from this book.

I’ve made this salad from the book three times and I think it’s very, very good: 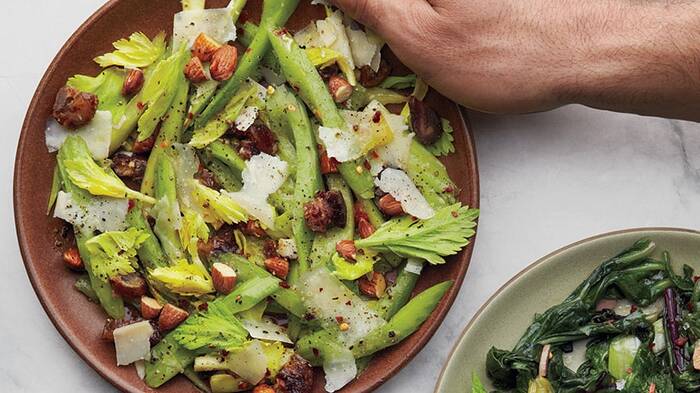 Sweet from dates, sour from lemon, bitter from celery, and salty from Parmesan, this humble salad manages to get all taste buds firing at once.

If I recall correctly, this was a COTM on Chowhound but I did not save that thread.

I recently acquired Six Seasons A New Way With Vegetables but have not cooked from it as of yet. Looking forward to cracking this one open !