Panna Cotta — Your tips and tricks

I’ve never made panna cotta. I’ve eaten plenty of it, though — I much prefer a softer texture (a little jiggle) to a hard set.

I’m going to try my hand at it, so I’d love any tips and tricks from folks who already have this down pat!

Curious about a perfect traditional version, but also about

What a coincidence! Last night i ate some that I had frozen. That’s my best trick.

Discussed in this thread.

I've got a lot of lemons! Cooking Discussions

Comparing two recipes And I don’t understand why they use such different volumes of liquid (cream, milk, yogurt, lemon juice) but the same 1 packet of gelatin. 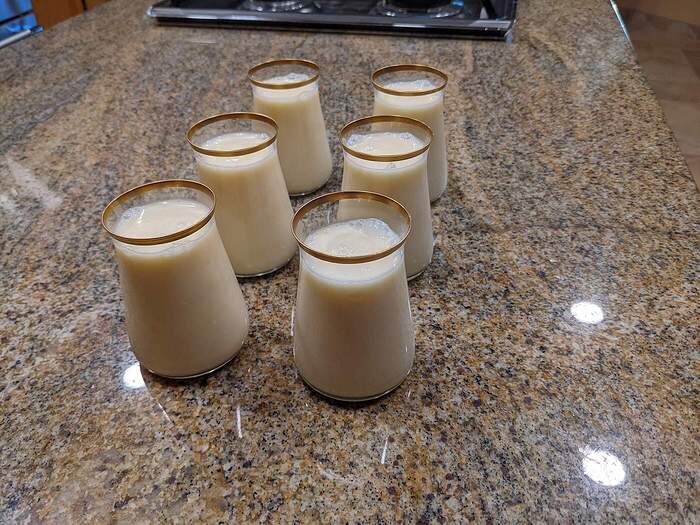 Here’s a post about using buttermlk. Not sure I mde this one.

I agree on the jiggle. We like a combination of cream and buttermilk.

Which recipe from there did you end up with?

I think the lemon on lemon because I wrote
“. I went for it with a lower liquid recipe which was intended to go in a mold.”

and it says “If you have used straight-sided ramekins for the panna cotta, unmold onto individual serving plates”

You can use yogurt. Keep in mind that more solids/less liquid means less gelatin is needed than if you were setting an equal volume of cream or milk.

Agar has a higher melting point than gelatin so will have a firmer set. IIRC, approx 140F vs 100F. Gelatin will more or less melt in your mouth, agar won’t, which makes it a challenging substitute.

I’d say if the vegetarians are strict, consider creme brulee instead. Or if you don’t want to turn on the oven, a lemon posset or seasonal fruit fool for something light and creamy.

Gelatin will more or less melt in your mouth, agar won’t, which makes it a challenging substitute.

Thanks - had not thought about this. 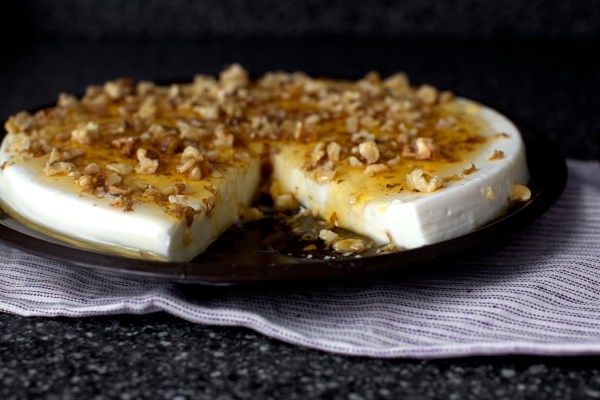 Guys, I just discovered the ultimate weekend brunch treat/decadent dessert that still contains a whiff of moderation/preschooler snack. The ingredient list is so short, and the cooking process is s…

My family enjoys this one. It typically gets made in the spring with fresh strawberry/rhubarb sauce and candied almonds.