I bought this one for myself 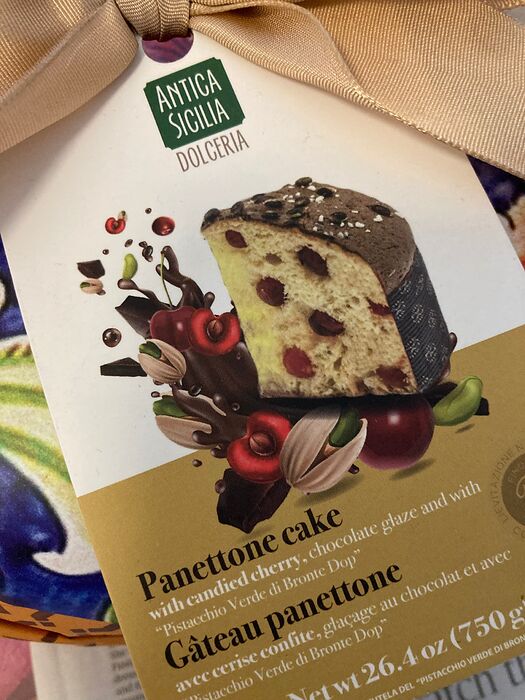 And this one for my godparents Mrs H prefers Pandoro to Panettone. I can take or leave either.

Someone in my house doesn’t like orange or citron in the panettone, and I dislike most things containing orange, so I’ve been buying Panettone Senza Canditi or non-traditionally flavoured panettones like the ones above. We tried the Amarena/ sour Cherry Panettone last year.

I’ve had Pandoro once or twice. Panettone is a tradition for us.

We usually have one stollen, one or 2 panettones, one Christmas pudding (on Xmas Day, finished by Dec 27th), and one or 2 fruitcakes from mid Nov until Jan 6th.

Why are some panettones expensive and what is appealing about them? Culture, Chains, General Discussions

First the disclosure- I have never eaten a panettone. But I see them everywhere in December. I understand that around this time of the year Italians enjoy these as a Christmas sweet. Some industrial-produced store-bought ones are a few dollars each. But I see ‘artisan’ ones everywhere, and they cost like $40, $50 or even more each. Why are they so expensive? And are they so much better than the cheap ones? The ingredient list for the expensive ones doesn’t seem to contain pricey ingredien…

one Christmas pudding (on Xmas Day, finished by Dec 27th), and one or 2 fruitcakes from mid Nov until Jan 6th.

We’re going to the SiL’s for Xmas Day. There will be Xmas pudding, which Mrs H alos isnt keen on. I’ve bought a couple of single serving size puddings for me, for other days. Last year, I made Nigel Slater’s Xmas fruit cake, which was delish, but I think this year we’ll not have cake. There’s always mince pies - bought the mincemeat yesterday and it’ll need pimping up with a splash or two of brandy or sweet sherry, before I make them in a couple of weeks (they freeze well).

Every year I buy panettone by Hausbrandt… Usually around 25-30 euro for a kilo… Expensive yes. Very nice though and stays fresh for a long time. Cheaper ones are nice too sometimes, but there is something about spending some extra money in December.

The last Roy’s panettone was calling my name. 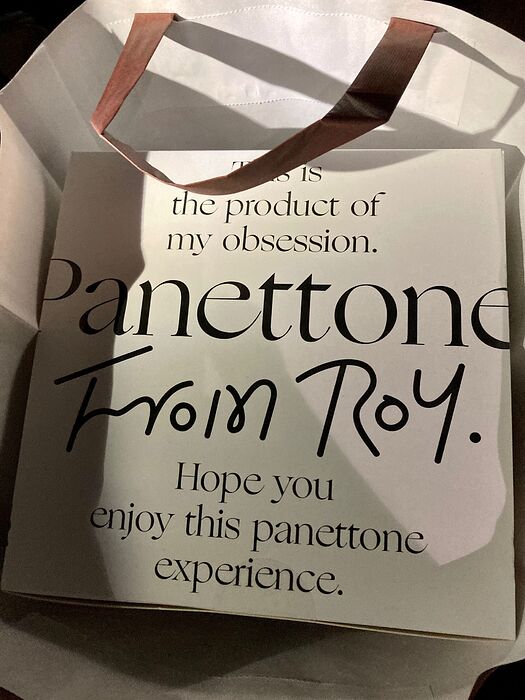 Bought a Hausbrandt panettone as well as a pandoro… Haven’t opened them yet, but I know from the last couple of years that they are excellent.

I cracked into the stollen on Wednesday. 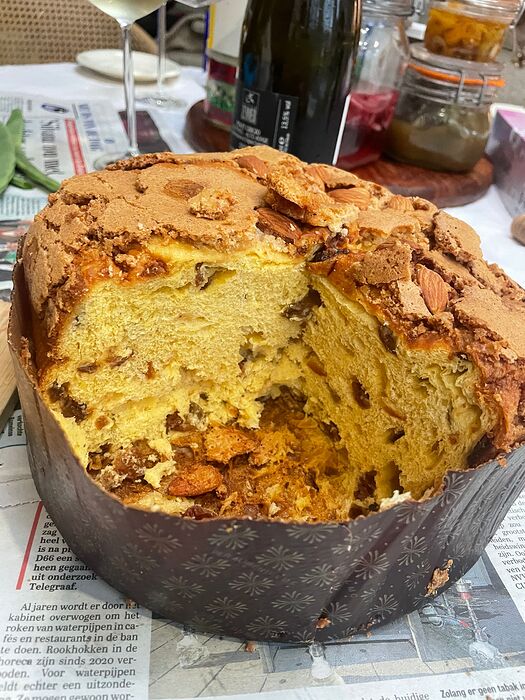 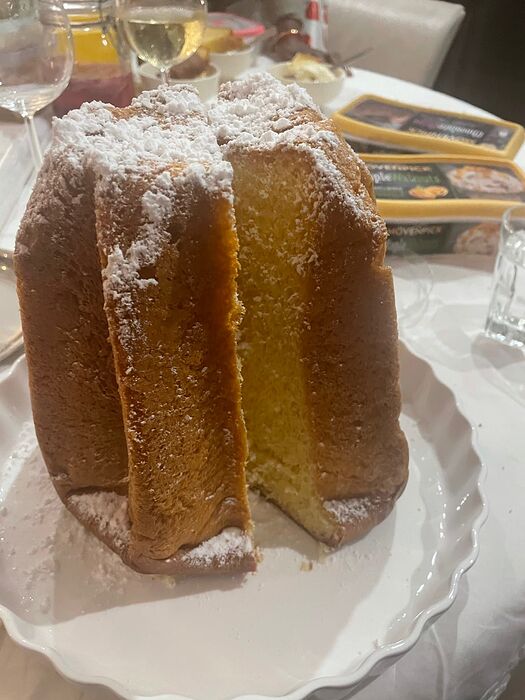 A few years ago, I tried a Gubana, which is sold by Centro Formaggio e Trattoria in Toronto

I finally opened the Panettone by Roy. This is a delicious baked good. Moist texture, addictive flavours. This panettone was filled with chocolate chips rather than candied fruit, orange zest and raisins. It didn’t have that floral fragrance that some Italian panettones have. It’s tasty, but it doesn’t taste like panettone to me.

I don’t know if I would spend the money on one again (over $100 vs $40-$50 for a good Italian import), but I would enjoy a slice again.
The air pockets are bigger than a Loison or Vergani panettone. 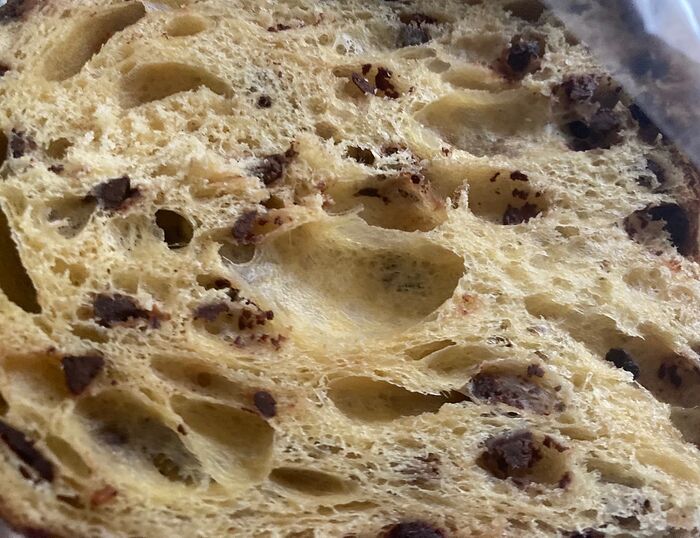 This is a delicious baked good. Moist texture, addictive flavours.

I’ve bought lots of panettone over the years, wanting to like them, but don’t like the dry, bready texture of them; what I keep looking for is a cakey texture. The only one that came close to what I’m looking for was one that had cream in it. Subsequent ones with cream were not as good.

That said, I think they would be good as a base for bread pudding.

This Panettone from Roy was a $140 panettone. Very moist, like a lighter, flakier and moister-than-typical brioche, but I’d say it’s still closer to an enriched yeast bread than a cake.

Pandoro has more of a cake texture, to me.

I have used supermarket panettone in bread pudding. My friend uses it for French toast.

Pandoro has more of a cake texture, to me.

Thanks for this info; I’ve never had pandoro before. My favorite Italian deli should have both at reduced prices now, so I will try it now.

This Panettone from Roy was a $140 panettone.

I thought I took photos of my Roy panettone this year but apparently I didn’t. I got the classic orange one again (same as last year) but we wound up not opening it on Xmas morning because my brother made homemade cinn rolls instead. So I opened it a few days later, and we ate most of it fresh, then made french toast with the last bit. Delicious.