We’re going to India for the quarter! Very excited to cook one of my favorite cuisines with you and explore the subtleties of MAHARASHTRIAN flavors and techniques. I hope some of our resident experts will share their recipes and experiences, too!

For those not familiar, Maharashtra is the state within which Mumbai / Bombay — the largest city in India — is located.

Fun fact, plenty of street and snacky food people have eaten at North Indian restaurants is actually from Bombay.

Here are some of my favorites:

And I haven’t even gotten to meat and fish yet

Being in Maharashtra at the moment, I’ll kick off.

Had one of my favorite meals last night from a family-favorite Malvani (coastal cuisine) place my dad discovered a few decades ago and we never leave town without visiting.

Chicken Rassa (curry), Fried Bombil (Bombay Duck), and a not-Malvani dish they make the best version of which I’ve ever eaten anywhere: Palak Paneer, lol. They also included a tiny portion of a typical potato prep / Batatyachi Bhaji which I adore.

The Bombil is an odd fish unique to this region, which is most often encountered dried. It stinks to high heaven when the dehydrated version is deep fried (which is how it’s most often eaten), but the fresh version is most popular flattened with the spine removed, and then coated in a light batter and semolina and flash-fried for a crisp outer and a soft, tender inner. Just fantastic. Nothing comes close.

Malvani curry uses spices not often encountered in other parts of India. My favorite is a dry chicken prep (Sukka) but adding that would have been too much food, so we went with the Rassa (thin curry) that someone else wanted, and is still delicious.

Bears mentioning that chapatis have localized differences all over the country, and the change to Maharashtra is that they are often large (dinner plate sized) and made with oil rather than ghee, which makes them soft and pliable even when cold or leftover. 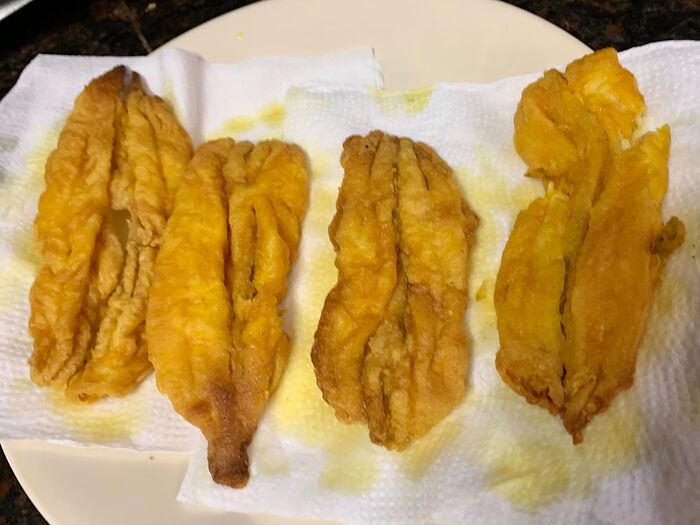 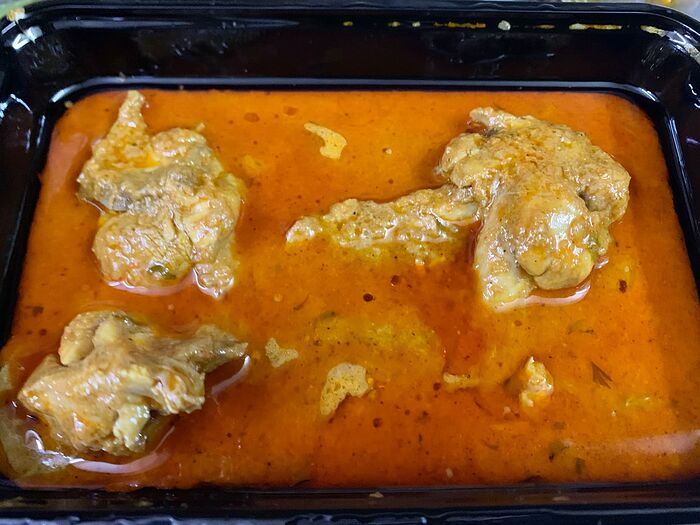 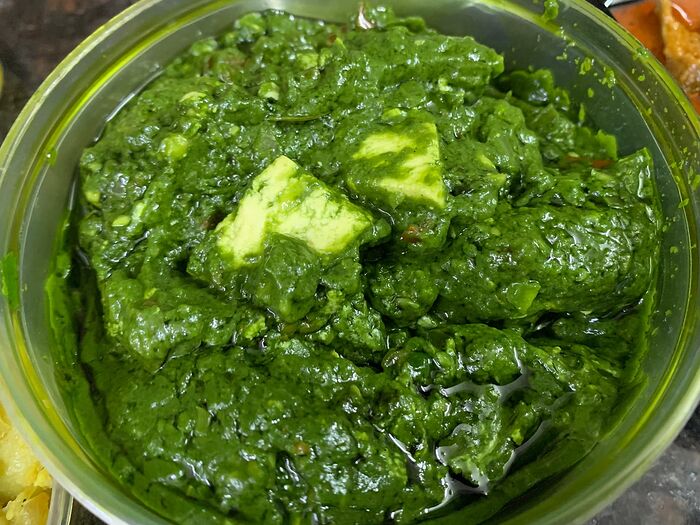 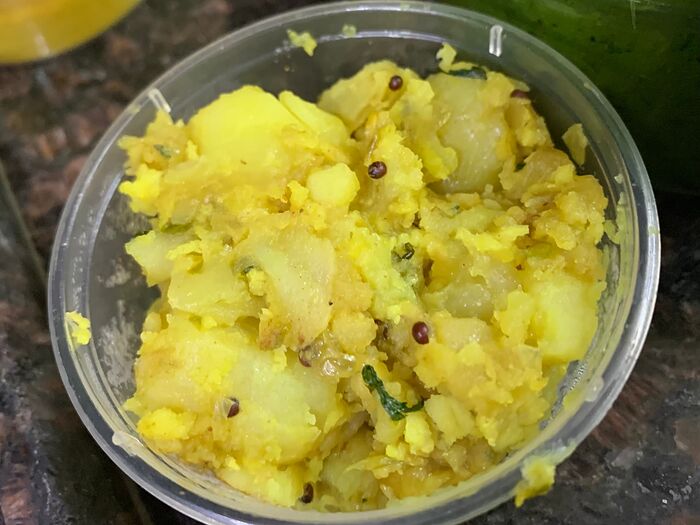 Thanks for the great launch and dinner description @Saregama
I have almost never (to my knowledge) had Malvani cuisine, though I have heard of it. I do not have roots in Mumbai or Maharashtra, though I have relatives who do, though I have visited Mumbai, and have eaten every one of the dishes you listed in various places. Even in that super list, special shoutout to kothimbir vadi.

To add to the great description, Maharashtra is on the center West of India’s peninsula. It is a large state, with many eco zones including coastline, hills, and dry interiors, so tremendous variation in ingredients. This state, like many others, has members of almost every religious culture (Hindu, Muslim, Christian, Zoroastrian, Sikh, Buddhist and Jain, etc. etc.) that bring their own foodways. Plus the huge melting pot and financial powerhouse that is Mumbai, which is like NYC on steroids.

Sounds like you are on a family visit @Saregama . If you have the chance to visit any of the home-based dining experiences (e.g. Bohri thaal type) that have survived the pandemic, I would love a report.

But no, we didn’t. I don’t know why, I think we just didn’t get around to it, plus the added complication of half the family being vegetarian, so what would they eat from a mostly-meaty Muslim feast. Hard to find real Kashmiri food here, even now. (And they are judging everything relative to real wazwaans eaten in Kashmir for a family wedding I wasn’t here to attend, and am still jealous about after the 25th anniversary of said occasion!)

Bohri thaal has a lot of appeal — we went to so many Bohri functions growing up (two of my mom’s closest college friends were Bohri) that it would really be memory food. (But the food can also be ordered home, which is probably more likely these days as then my dad can also participate.)

many eco zones including coastline, hills, and dry interiors, so tremendous variation in ingredients

Also should have mentioned that Maharashtra and Gujarat, just north of it, used to be a single (giant) state, and so there are many shared foods (some I’m still discovering) even though they are distinct cuisines overall. Gujarati food is much better known abroad as there were many more Gujarati immigrants to the UK especially (via Africa) who defined Indian food overseas.

Some iconic dishes like Shrikhand and Puranpoli are claimed by both — the former is virtually identical in both forms, the latter is distinctly different, and so it goes.

Reminds me to link the recent Maunika Gowardhan COTM, as she has many recipes from across the region, and writes about it on her website.

But no, we didn’t. I don’t know why, I think we just didn’t get around to it, plus the added complication of half the family being vegetarian, so what would they eat from a mostly-meaty Muslim feast. Hard to find real Kashmiri food here, even now.

Thread drift sorry, but on a recent trip to Bangalore we went to a very good Kashmiri restaurant (though there is not much to compare it with here), and the veg food was better than the non-veg, per the meaters. Mushrooms, lotus root, greens, etc. etc.

(And they are judging everything relative to real wazwaans eaten in Kashmir for a family wedding I wasn’t here to attend, and am still jealous about after the 25th anniversary of said occasion!)

Hahaha! Those iconic food memories grow stronger and the original food grows better with each retelling and comparison.

When I was in Bombay several years ago we ate at the great seafood restaurant, Mahesh. Had Giant Spicy Prawns.

Any recommendations for superior cookbooks or food blogs on this cuisine? the only explicitly maharastrian cookbook I have is Ruchira, by Makalabai Ogale, which I have not cooked from.

For those looking for information about types of dishes common in this cuisine, this is a handy link:

Many of these are ones listed by @Saregama upthread.

So, are folks safe including dishes that are from Mumbai and the general Konkan coast if they are looking for identifiers to help narrow down dishes?

(The Konkan coast extends down to Goa, but Goan dishes are usually identified as such and not as Konkani, and there are also ingredient differences — vinegar instead of kokum for sour, and so on.)

Another term for Maharashtrian is Marathi, if you’re searching for recipes.

(@Amandarama you bought Dagadphool / Kalpasi during Oct COTM right? This is another region where they’re used heavily.)

We just ate from Mahesh after many, many years (we used to favor Trishna over Mahesh back when they were two main choices, and later became loyal to the place I posted from above) and it was still very good, not a surprise but still reassuring.

We had crab ghee roast, prawn curry, fish tikka, and a different style of fish curry.

It’s actually on my reorder list for before I leave, but for the aforementioned Bombil fry.

Made with fresh fenugreek leaves only (stems saved for another use). Very simply and lightly dressed with salt, sugar, and lemon juice. Minced red onion (raw) and crushed peanuts, both aplenty, finished the dish. 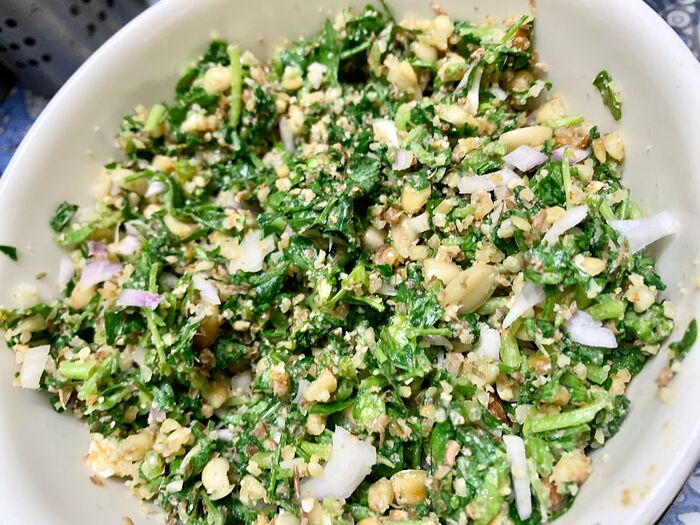 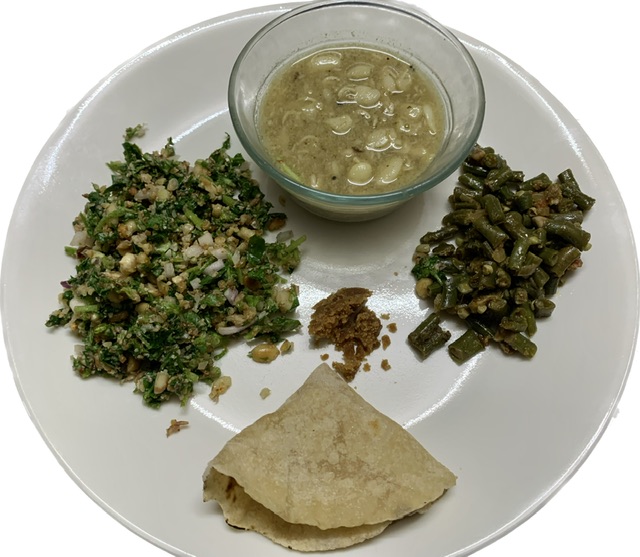 See the COTM link above - author is from Mumbai and has a blog and a couple of books.

Pangat is a good read, and though I’ve not tried many recipes they look right.

Indian Cookery Course is by a Maharashtrian author, so recipes in it from the region should be good.

Tarla Dalal is the OG Bombay cooking teacher and local gold standard who taught a couple of generations how to make both traditional and exotic dishes. Her site is a very useful reference, but is written for an Indian reader so it won’t have the hand-holding of western audience focused recipe writing, but the results will taste right.

Now I’m thinking we ate at Trishna … we were only able to visit one of these two. Some other table ordered a crab dish and they brought the live crab to their table for inspection. Lively. When cooked, how do you know you got the lively one?

Any recommendations for superior cookbooks or food blogs on this cuisine? the only explicitly maharastrian cookbook I have is Ruchira, by Makalabai Ogale, which I have not cooked from.

To cook from, I’d go for 1 or 2 (as I have). But for sheer originality and unusuality (word?) I’d strongly suggest 3. Google it. The book is hard to find, but with strenuous effort, you can. I did.

The biggest resource for Indian food, any region, is the now sadly defunct anothersubcontinent.com. Nobody posts there anymore, but the archives survive. ETA: Consider just this one thread.

its been a long time since I visted anothersubcontinent.com. I agree, it was great! thanks for the recommendations!

have a couple of Dalals books and have used them but I didnt identify her stuff as maharastrian. Thanks!

Did you ever post on AS? Your name/handle (hard to know which is which these days) sounds familiar.

I really recommend that you, and everybody here, look up the Indecisive Chicken. It’s a very unusual food book.