We are prepping for a birthday party and the guest of honor would like a tender roast.

I hope to do vegetables and the lovely gravy that it is usually served with.

I boil rather than roast. I sear the roast and then add boxes of unsalted beef stock an a couple of beef bullion cubes, an onion or two, some garlic cloves, some rosemary, and a few bay leaves, and let it simmer for a couple of hours, then add vegetables and cook for another, oh, 20 minutes. I don’t bother to thicken it, but you can do that for gravy. If its to liquid, just skim off some stock

I use this MS pot roast recipe religiously. It’s terrific.

Salt and pepper your roast. Sear it in a cast iron skillet on or grill. DO NOT SKIP THE SEARING- THIS ADDS FLAVOR. The biggest mistake people make is not browning food before putting it in crock pot.
As per Anne Burrell- Brown food tastes good. Put carrots and small potatoes or quartered large potatoes in bottom of crock pot. Peel and cut up some onions, add to crock pot. Wash and cut up celery and add to the pot. Add one packet of onion soup mix and couple of glugs of Worcestershire sauce. If you have an almost empty A1 bottle, rinse it out and put that in there too. Place roast on top of all this, Pour in couple quarts of water. Put lid on and cook on low for 10 hours. When done, make your gravy with the beef broth or if you used the cast iron skillet, make your roux from the drippings and add the beef broth. When I have beef roast for Sunday lunch, I do all this on Saturday night letting it cook all night and then keep it on warm setting until lunch time.

I posted this years ago on CH (2005, to be exact) but have been enjoying it for many more years. Friends on FB have made it several times, and enjoyed it, and several people on CH said it was now their go-to.

Brown meat well on all sides in a little bit of olive oil in a large Dutch oven. Add 1 cup of wine OR 1/2 cup water and 1/2 cup dry red wine and simmer, covered, for 1 hour.

Meanwhile, blend remaining ingredients in tightly covered clean jar by shaking all ingredients together. Add to beef. Simmer another 1 to 1-1/2 hours, occasionally basting roast or turning it over in the liquid.

Remove meat to platter. Mix together 2 heaping tablespoons flour with a little water in a jar. Whisk into liquid in pot and simmer to make a gravy. Carve roast into slices (or chunks, as the meat often falls apart), put on a platter and add 1 thinly sliced lemon to all as garnish.

ETA: I usually just boil Yukon Gold potatoes and chunks of carrots to go with.

Molly Stevens All about Braising is a good book for such dishes. If you don’t have the book there are links available from people who used her recipes 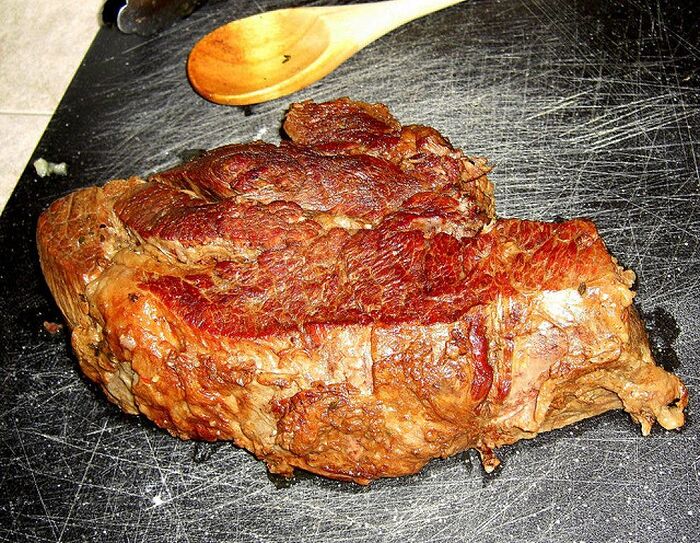 One of your neighbors posted in Health & Fitness. Click through to read what they have to say. (The views expressed in this post are the author’s own.)

How did you end up cooking your roast? This was mine last night after searing and before the 10 hr cook on low in the crock pot 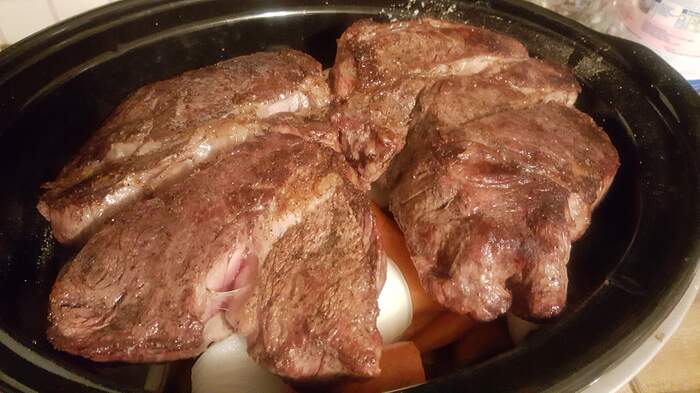 Mama Neely’s Pot Roast on FoodNetwork.com is my go-to recipe. Soooo good. I use even more red wine than is called for.

I chose this recipe mostly because Martha. Can’t go wrong there.

It turned out exactly as we’d hoped. Not a fatty piece of meat to begin with was my biggest win. Cheap doesn’t have to mean fat.
Bravo and Grammy loved it!

Nice! This reminds me I need to learn more about specific pieces of meat for this very reason. Yours looked very different than mine - I had a $17 chuck roast, no visible fat really.

As a beef producer, you want marbling to have flavor. The reason we have Simmental cross bred with Angus is that Simmental beef has more marbling than Angus. The ultrasounds on our steers show that pure Angus has less marbling in the ribeye and other prime cut areas than Simmental. This has also been proven in multiple carcass studies through the years.

That was two small chuck roasts that were around $7 each. I remember when chuck roast was $0.89 lb now it’s not less than $3.99/lb. Chuck is from the shoulder/neck region and is a fattier cut of meat. But yours could have been trimmed of the fat. I usually choose a chuck bases on the marbling running through the center of the cut.

Fascinating! Thank you for your time to share that.

I’m heading to market today. I may just take a picture of the choices and see which you’d rec’d I purchase to try this again. Would be great to have some advice in choosing which cut if you’d be willing.

@vafarmwife Do you guys do your own butchering?

I can spend hours talking about cattle. There is science behind crops and cattle. And to get the best bang for your buck, you have to understand genetics and Expected Progeny Difference (EPD) plus the veterinary science to have a healthy cattle herd.

No- we are a 250 head cow/calf operation and contract poundage steer operation. Butchering is an art form in itself. If you mess up a cut a beef wrong, you have rendered the whole thing useless because of gut bacteria in the beef. Our bulls are selected based on calving ease, average daily gain and average wean weight. Our heifers are chosen bases on milk EPD’s, mature weight and stayability
The link below is a basic primer on EPD’s if anyone is interested.
https://www.ag.ndsu.edu/publications/livestock/understanding-expected-progeny-differences-for-genetic-improvement-in-commercial-beef-herds 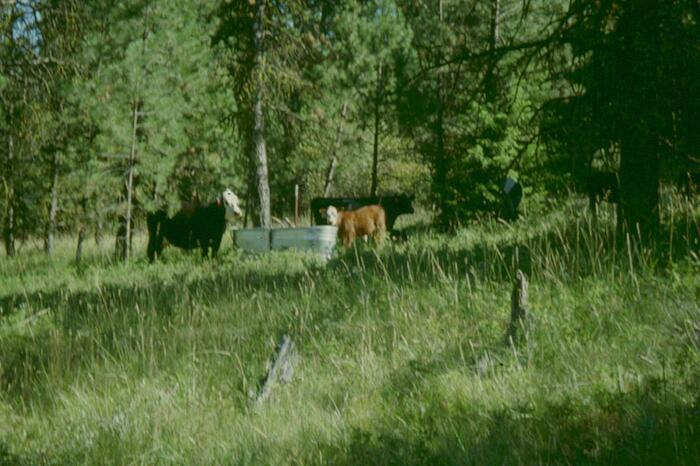 A guide to protein nutrition for cattle

Cattle require protein for vital body and productive functions. Without it, their growth, milk production and overall health are impaired. Here's a look at the basic concepts of protein nutrition for cattle.

Basically you don’t starve a profit out of something. Too many people think a cow can just live on nothing. That is not true.

ETA- I study the EPD’s of the animals and husband does the crop, feed, and nutritional science.

That was two small chuck roasts that were around $7 each. I remember when chuck roast was $0.89 lb now it’s not less than $3.99/lb. Chuck is from the shoulder/neck region and is a fattier cut of meat. But yours could have been trimmed of the fat. I usually choose a chuck bases on the marbling running through the center of the cut.

And yes to the marbling. The low and slow cooking melts that into the beef and make it oh-so-tender!

And cattle require the RIGHT minerals at the RIGHT time. When the grass gets to growing this month and next, you have to be on the lookout for grass tetany.

Bottom line- if you get a bad piece of meat at store or restaurant, don’t always blame the cook or the store. Chances are if it is tough and tasteless, it wasn’t given the right stuff at the right time. Best compliment we ever got was a feed lot in Iowa called us a couple of years ago and complimented us on our steers. He said that was the best truckload of steers he has ever seen- docile, broken to feed, gained like crazy, well cared for looking coming off the truck, no sickness. For a feed lot man to take the time to call you and tell you that, that was one heck of a compliment

And I bought the roasts from a neighbor who raises beef and has his butchered.