This is the larger herd wih Red Angus poundage steers 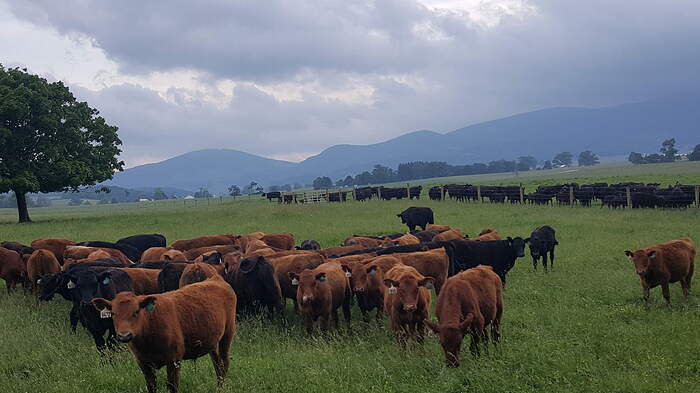 And I bought the roasts from a neighbor who raises beef and has his butchered.

My late stepfather raised 2 steer in his back barn when he and my Mom retired to PA in the 1980s. I played with one called “Sir Charles” in his pen a couple of times when he was still young, but only being allowed to do so by holding on to an iron rod that I’d bop him on his head on the bony part between his ears to stop his forward motion when he got rambunctious. He’d shake his head a little, and then go dancing away as he tossed his hay around.

I got a quarter side from them and had everything from soup bones to sirloin. My sister said “how can you play with something you’re going to eat?” and I said “For $.99/lb [back then] it’s easy!” She didn’t see it my way, but she also didn’t stop eating beef until much later in life.

One of the bulls 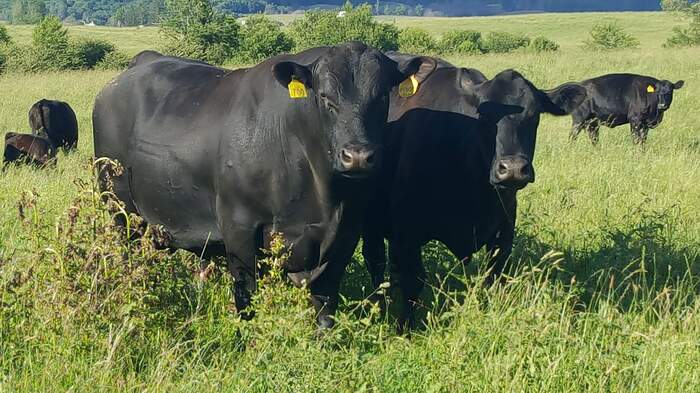 One of the bulls

And husband with his girls 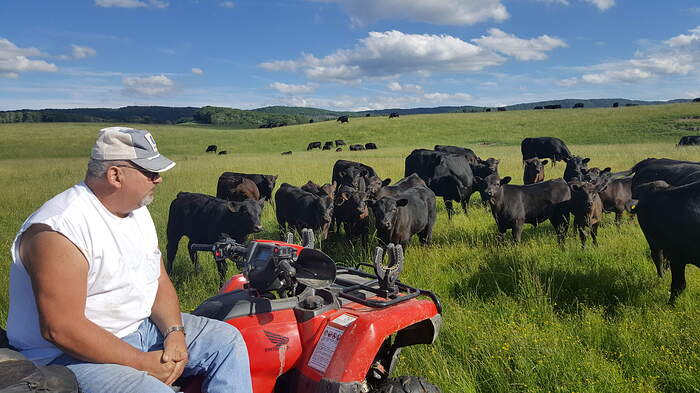 First cutting of hay and alfalfa with corn field to the right of the hay field. 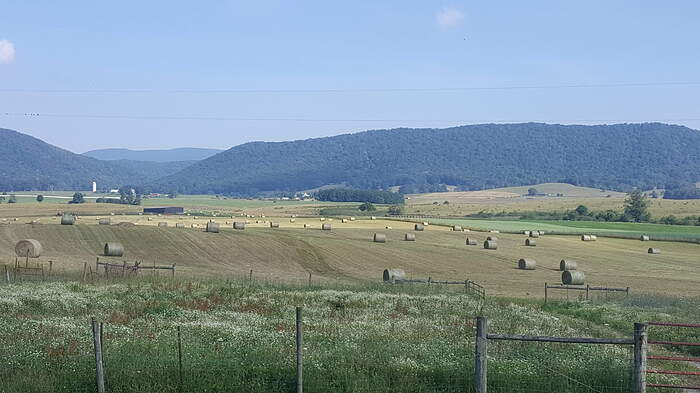 His name is Pugsley. We also have Mr. Gump, Wilson, and the Waddle Boys #1 and #2.
ETA- Oh I forgot Howe named after my father in law.

Oh I’m so glad to hear you both enjoyed it! I had been checking this thread for a couple days, wondering how you’d fared

I really like that recipe and I really, really love that cut. I use it in beef vegetable soup as well.