Food scientists (or not)

on the other hand, when somebody like Jacques Pepin, who is not a food scientist but has years of experience of his own, plus is the heir to a tradition, says something, I tend to believe him.

It’s way too hard to accomplish anything without trusting someone. Given that, and given liking the tradition he’s part of, it’s hard to imagine a better choice than Pepin.

I think, for most intents and purposes, science is an attitude rather than an activity: being inclined to question assumptions and look for evidence, and being ready and willing to drop ideas that contradict the evidence - and keeping tradition as much as desired when the evidence doesn’t disagree with it. “Being a scientist” by having a lab, a budget, and publications, is a good thing for some people to do, but it’s almost useless (or sometimes worse than useless) if the attitude is missing. I think he’s probably a pretty good scientist in that way.

I think he’s probably a pretty good scientist in that way.

Lopez-Alt? I disagree. Not a scientist. Not an engineer. Self-promoting, advertising driven hack? That, yes.

No, Pépin. I’m not asking if he has a degree or owns a lab coat, just if he’s looking for evidence and willing to change his mind when it arrives.

Jacques Pepin appears to be both humble and curious. He has certainly changed the way he cooks on his shows over the decades, though perhaps not at home. The only thing that surprises me about his cooking is how much boiling of vegetables he does, when steaming (microwave or stovetop) preserves flavor and retains nutrients better.

Sometimes I think he’s too humble! He often will take pains to say that French cooking isn’t the greatest, having a beer and a taco can be just as good–and I always smile because I love him, but–

I wanna say, “Jacques, don’t be ashamed that the French developed an incredible, elite cooking technique. I watch you to learn that.”

Maybe it’s because he’s from such humble roots and he realizes that the best cooks aren’t necessarily the most famous.

Julia was a veggie boiler too. She said she didn’t like broiled or grilled veg and her answer to an interviewer who brought up the vitamin loss issue was, “eat more of them.”

With broccoli, I agree. Anything other than boiled really disagrees with me.

The only thing that surprises me about his cooking is how much boiling of vegetables he does, when steaming (microwave or stovetop) preserves flavor and retains nutrients better.

I haven’t noticed that particularly. Some cooks (particularly ahem those of a certain age) steam veg without a steamer. I do that myself at sea where I often have limited tools. This speculation on my part of course. Some veg seems to do better when boiled (potatoes, perhaps carrots) and others steamed (broccoli) or roasted (cauliflower). I’ve never picked up the habit of steaming veg in a microwave. It strikes me in some ways as a throwback to steaming in a pot without a steaming insert.

The only other steaming approach I use is foil packets with a bit of water in the packet on an outdoor grill.

If you watch his shows and his daily FB videos, you’ll see lots of boiling.

I disagree with your opinion that potatoes or carrots are better boiled. I haven’t boiled any fresh or frozen vegetables for many years now. Microwave steaming IS pretty equivalent to stove steaming without a rack, just with less water and less chance of scorching if you don’t keep tabs on the pan. My late mother boiled potatoes. When she came to live with me, she raved about the flavor of the plain all-purpose potatoes I made. They were nuked in a covered pyrex dish, with perhaps a tbsp water for two large potatoes that were quartered first.

Speaking of Pepin, he mentioned something in The Apprentice that always intrigued me.

When he was a kid in wartime France he got evacuated to the country where his parents boarded him with farm people. One of the women used to pinch off a piece of raw dough & use that as the basis for loaves of bread.

Anyone here ever do that? I imagine that after a while, it becomes almost like sourdough.

It’s all a matter of taste.

I personally can’t abide steamed broccoli. I boil them. Maybe you can’t taste the difference, but I sure can. Maybe if someone blindfolded me and put cotton in my nostrils, I’d prefer the steamed. But I don’t do that in daily life.

I boil my broccoli.

I boil my broccoli.

Interesting. I much prefer broccoli steamed. For me it is a matter of texture more than taste. To each their own.

This is what Bill Buford’s baking mentor in Lyon did–reserve a piece of baguette dough to inoculate the next day’s batch. 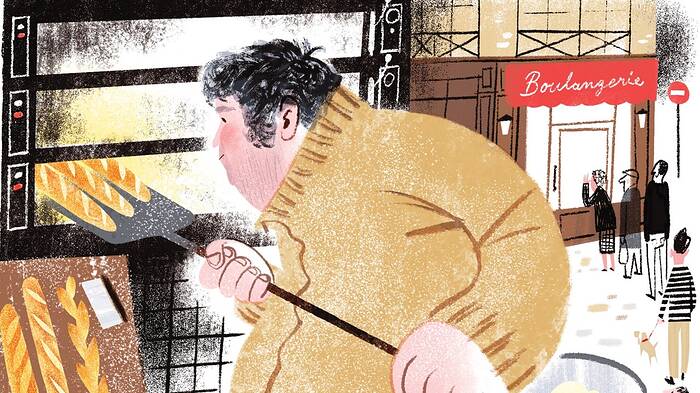 For a newcomer to the city, a boulangerie apprenticeship reveals a way of life.

I did this myself early in the pandemic, when yeast wasn’t available. I had a couple of packets of dry yeast in the fridge, and I was able to extend them for a full month by using “old dough”. I didn’t notice any change in flavor, but the dough did take longer to rise than it would have using yeast.

All I have to do is differ with you on broccoli and I’m “interesting.”

I love Jacques. And Julia . Their non pretentious way of cooking to encourage people. Yes you can do it . Now his omelet is another story . Simply hard .

All I have to do is differ with you on broccoli and I’m “interesting.”

Well, I’d say on the basis of your posts that I have read you are interesting.

In this particular case I do find it interesting how much tastes differ. My wife loves scallops and I tolerate them. You prefer broccoli boiled and I prefer it steamed. For me those sorts of observations get filed away and make me choose to say “this is what I do” or “this is what M. Pepin does” rather than “this is the answer.”

For me, “interesting” is a compliment. It means when I’m skimming a lengthy thread I’m likely to slow down and stop to read your posts. That’s more than broccoli of course. It’s the integration of my fuzzy recollection of reading your various contributions. 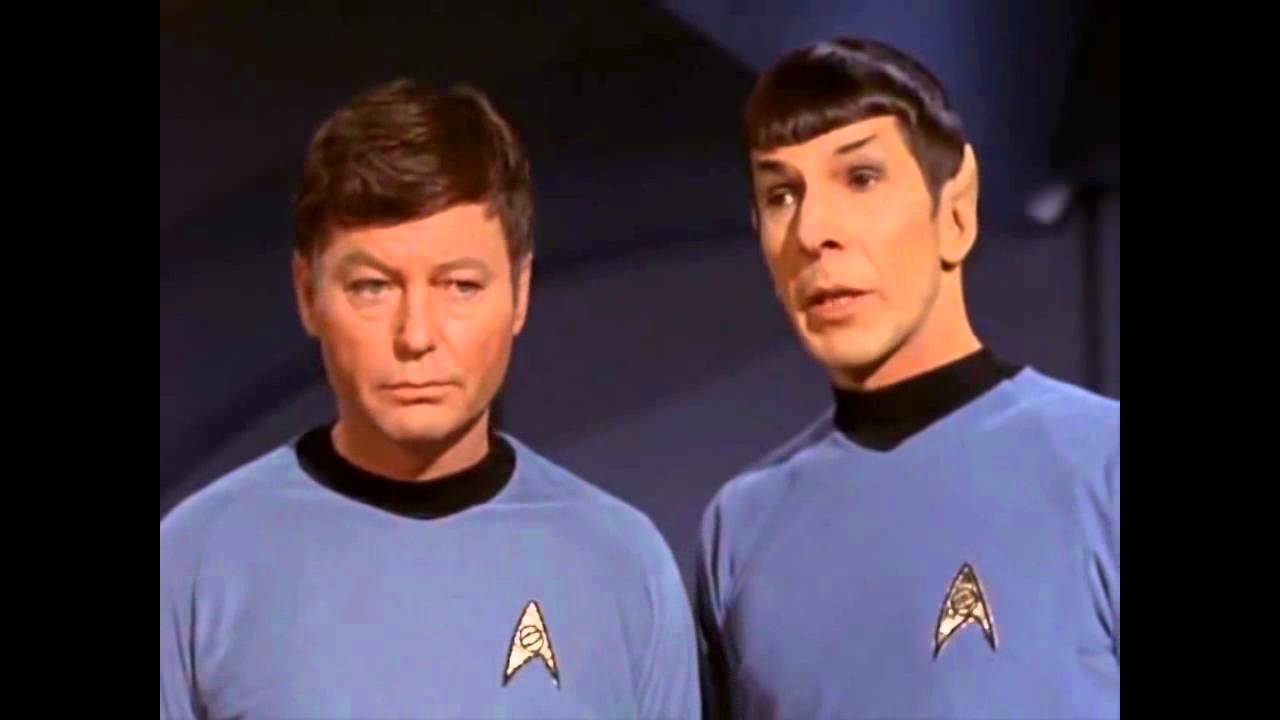 I find it interesting the high esteem Pepin seems to be held in by Americans. He is generally unknown in the UK . I had not heard of him until 2017 - when we did a cruise with Oceania, with whom he has an advisory contract. I cannot think of a chef in the UK who would be so venerated - not a Briton or, indeed, well known (here) French chefs such as Raymond Blanc or the assorted members of the Roux family.

I find it interesting the high esteem Pepin seems to be held in by Americans.

I expect that Jacques Pepin’s accessible, likable way of teaching cooking on broadcast TV shows has everything to do with the esteem he’s earned here.

Less well-known is that he was the corporate chef for a now-defunct national chain of restaurants called Howard Johnson’s. He and fellow chef Pierre Franey were hired to develop signature dishes for “HoJo’s,” where many Americans of a certain age ate with our families.

Jacques Pepin and the late Julia Child, with whom he was a great friend and collaborator, were each key figures in redefining what Americans thought we could cook in our home kitchens. Long before there were celebrity chefs, cooking shows, and Instgrammable meals, there was Jacques and there was Julia.

For instance, I once thought preparing fish and vegetables en papillote was fancy and fussy. Of course that’s not so, and I have Jacques Pepin to thank for the know-how. He demystifies and simplifies for us home cooks.

For some of us he’s an icon in his own unassuming way.

Other Pepin fans on here may want to weigh in, too?

Julia Child I can relate to. A cook,not a chef. The British equivalent icon would be Delia Smith who certainly taught a generation of Britons how to cook. Me included.

By the by, I remember staying in HoJo hotels on our early trips in the 1980s

Julia Child I can relate to. A cook,not a chef. The British equivalent icon would be Delia Smith who certainly taught a generation of Britons how to cook. Me included.

Delia Smith—do some call her “St. Delia”? If so, that may give you an idea of the affection that fans have for Pepin. (Of course for Julia Child as well.)

That said, time marches on. The young generation(s) of often photogenic chefs and cooks making their names today may or may not be aware of the figures who paved the way.

I usually do - but I doubt it’s too common.

Big influence on British home cooking in the 80s & 90s.

Britain first witnessed the "Delia effect" in the 70s when Delia Smith's praise for a type of lemon zester resulted in a shortage of the implements.