I’ve seen it - I note she has an unorthodox way of mixing the dough - no creaming butter & sugar.

Her own take on creaming:

By bashing butter against the sides of a bowl, whether you’re going at it with a spatula or with a stand mixer, you’re folding it over and over, creating little pockets of air with every turn.

I wonder what McGee & Corriher would say about that, but anyway, assuming it’s true, another question: does this happen when you cream chilled browned butter?

(PS - that’s not a nitpick on Stella. Her tips are always excellent. This was a great primer on creaming butter & gran. sugar.)

I wonder what McGee & Corriher would say about that,

Perhaps Ms Parks was gleefully following the long seriouseats tradition of giving accurate useful tips along with clumsily concocted “reasons” for why they work.

Maybe… I’m not, myself, obsessed with every bit of scientific minutiae, but I do like accuracy.

My understanding is that when you cream granulated sugar with butter (and nitpick alert, she didn’t specify granulated sugar) the crystals create little tiny tunnels and holes, which is the aeration. That makes sense. I don’t need the physics and the chemistry, just the concept. But when someone writes something like the quote, I just wonder, “really?”

Kenji Alt contributes to Thermoworks, so I assume his stuff is on the ball, at least as far as meat is concerned. I think the stuff there is great.

Once in a while he’ll write a comment like that (i.e. to make you think “Really?”) when he’s discussing the reason why something works. Usually it’s when he did just get a desirable result, but either he doesn’t want to spend the time/money it might take to prove what happened, or he’s pretty sure he already knows.

I was referring to his work on Thermoworks. I really don’t follow him on Serious Eats regularly - just whenever I want to experiment. I always check him first.

She discusses her method here: https://www.seriouseats.com/2019/02/tates-style-thin-and-crispy-chocolate-chip-cookies.html

My understanding is you’ll get some air pockets from the steaming butter, but mostly the cookie will spread because of very little aeration and gluten formation.

For thicker-style crispy cookies, however, I have only had good results from recipes using baker’s ammonia. If I turn the temp down low and try to dry out a regular cookie – kind of like with biscotti – the texture never comes out right. No one likes thick and crispy cookies any more, so I haven’t baked them in a long time.

But he proposes that “because I say so” is science. Bad.

Meh… I don’t think having a science-y reputation is enough to require him to stay silent unless he has documented proof for his statements.

Enough to make me wish he’d sometimes say “I haven’t tested this, but …” if he hasn’t? Sure. But it would be “very interesting” if all people everywhere were forced to be silent unless they had proof.

Outlawing egos and dumb mistakes does seem like a good plan, until implementation time.

Enough to make me wish he’d sometimes say “I haven’t tested this, but …” if he hasn’t?

Unfortunately he doesn’t recognize what scientific testing even IS. Trying something once doesn’t count. Assuming a normal distribution you need at least thirty repetitions and that’s before evaluating boundary conditions and variations. There is a difference between “testing” such as recipe evaluation for cookbooks and blogs and scientific testing such as that at NCHFP.

Real science, including food science, is a lot of work. People should not be given credit if they haven’t done it right.

I never heard of Baker’s ammonia before, thanks. So I did my due diligence, looked it up, and some people complain of an ammonia smell while it’s baking. This dissipates, but as I live in a small space, I don’t think I would like that. What is your experience with that?

I agree. M. Pepin however doesn’t claim to be a food scientist. Regardless, what he offers is based on food science with techniques that make it approachable and achievable. “Achievable” in M. Pepin’s case doesn’t mean buying some appliance. It may mean “here - go dice a hundred onions this way and lots of things will be easier.” 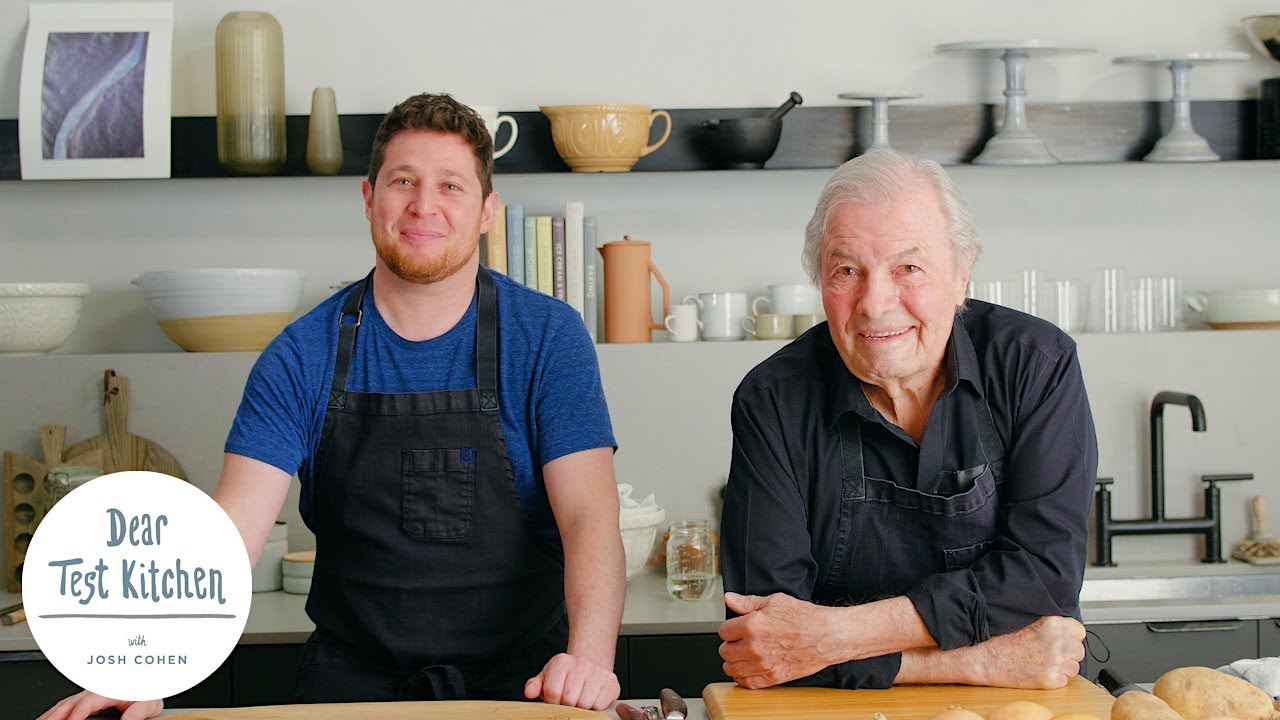 Again, true. As I was in transit and speaking hurriedly, I did rather change the subject. But as the OP, it’s my right to do that.

When I can sit down, I will watch those videos.
But from memory, I offered this as amusement. Kenji Alt said that you have to add cold milk slowly to the butter flour mixture when making bechamel.

So, to be mischievous, I consult Jacques Pepin and he’s got a video where he just dumps all the cold milk into the bechamel in one fell swoop. It’s all in the whisking. And Jacques doesn’t even use a whisk for omelettes and his mother’s cheese souffle!

I am very sensitive to smell. It’s not so bad it would linger around. However, there is a psychological aspect to it. First time I baked with it, I couldn’t even eat the finished product because of the smell. The smell is only while baking and I would just leave the kitchen for the first few minutes until the smell went away.

10 posts were split to a new topic: Food scientists

It becomes like sourdough, but after 3 or 4 times, it doesn’t work for me anymore. Kind of like if I use commercial yogurt as starter, it will stop working after 2 or 3 times. It might be because I sometimes dont use the dough right away and let it sit in the fridge.