A cursory search for the topic met with negative results. So if true this is a general BBQ thread to share whatever you wish….cooks, recipes, product, equipment, etc.

First batch of BBQ sauce for the season. Of course snow is surely not done yet but close. 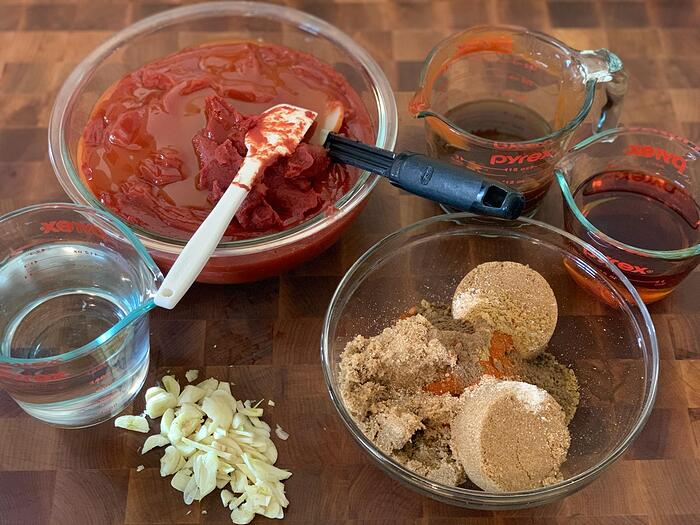 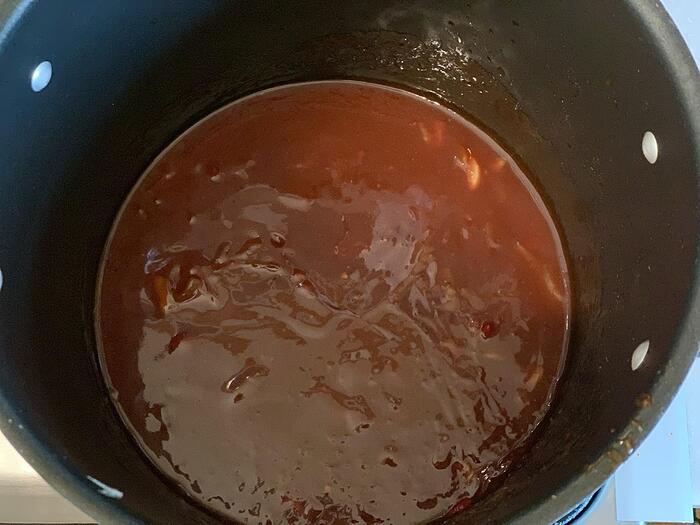 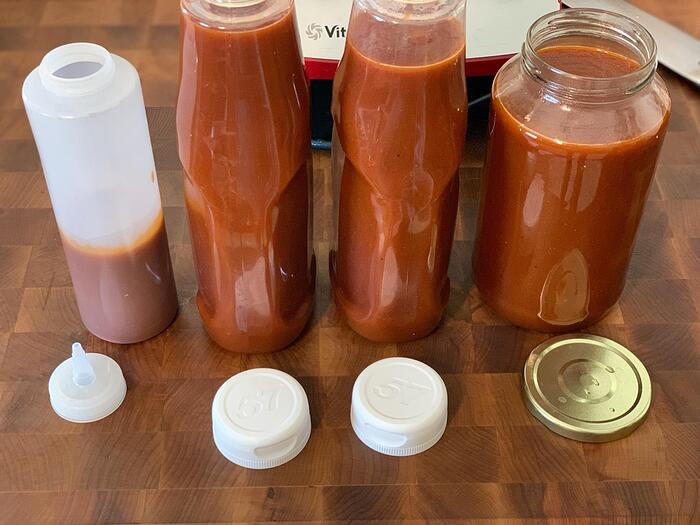 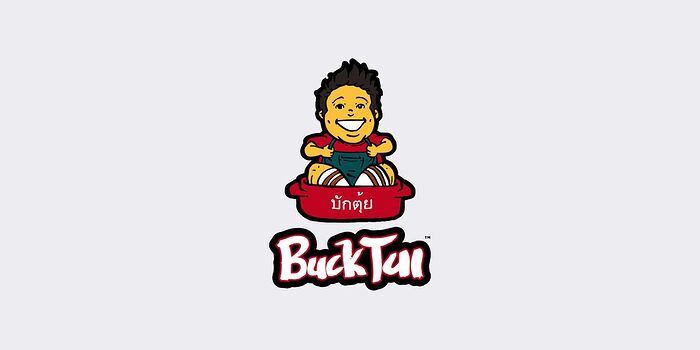 This is the newest hotspot in KC 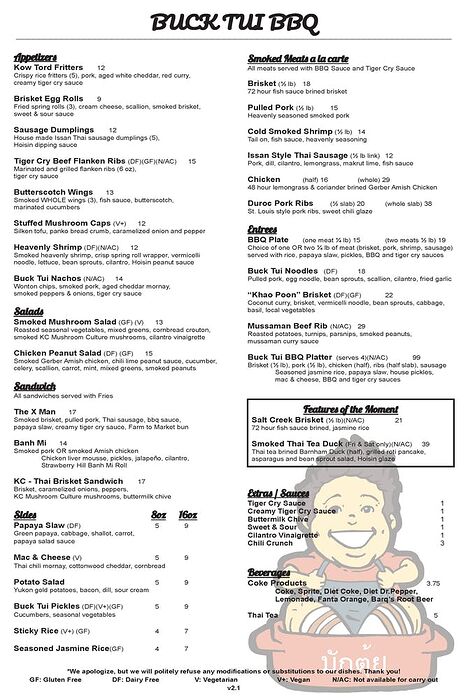 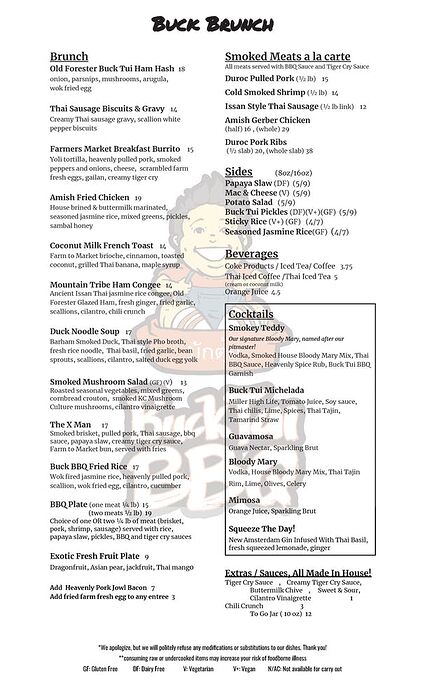 I have yet to do a brisket . It’s on my bucket list . I have seen a million you tube videos on it . Thoughts , mistakes, and what you have learned Thanks

Brisket is way less forgiving than pork shoulder or ribs, but so delicious when you get it right! Choosing a nice brisket is the first step - you want one that has lots of interior marbling. Check the end of the flat through the cryovac for even fat distribution. I keep my rub simpler for brisket than for pork, too - salt, pepper and some onion and garlic powder, and that’s about it. I don’t care for sweetness with beef so I avoid fruit woods for smoking it - I go with pecan and/or hickory instead. Low and slow, patience is key. If you have a whole brisket, separate the point from the flat and cook them separately - I use the point for burnt ends and chopped, and the flat for slices.

I grilled wings to try the sauce. It was nothing to write home about. A bit too sweet and needs more hot sauce and a bit more … hmmm … apple cider vinegar, I think. 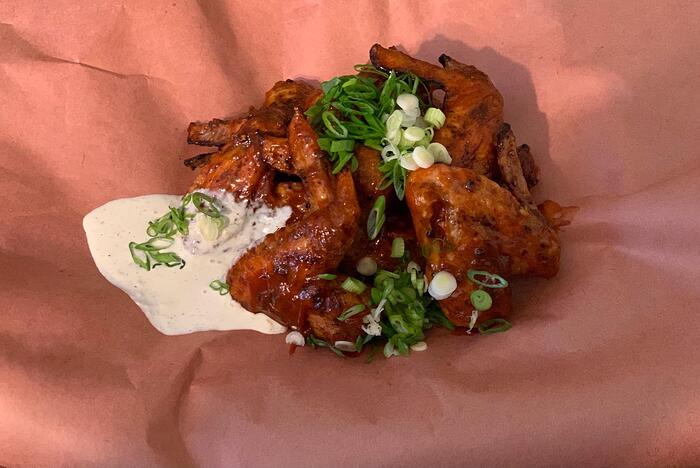 Good brisket advice from biondanonima. I prefer smoking brisket with oak. Pecan is my favorite all-purpose wood for smoking.

I prefer smoking brisket with oak.

So does Franklin who I respect very much.

A trip through central Texas convinced me of oak. I almost made myself sick by eating at Kreuz and Black’s in Lockhart and City Market in Luling in a single afternoon. That was before Franklin’s existed. I’d like to try Franklin’s if I ever get down that way again. Sounds like it’s the ultimate central Texas bbq. But that hours long line…

On my only other trip through that area, I hit Louie Mueller’s in Taylor, Smitty’s in Lockhart, and Cooper’s in Llano. That was also before Franklin’s opened.

I’ve never tried oak, will have to get some this season. I just love pecan so much, it’s hard to look at any other wood!

Oak mixed with hickory.
I miss hickory out here in the far west.
Brisket- I was taught an hour a pound at 200-225F + another hour or so.
The inclination is to want more heat to shorten cooking time. Have to resist that urge.

Post oak is the variety of oak used at most of the historic bbq joints in Central Texas. Cooper’s in Llano, serving cowboy style meats cooked over a grill, uses mesquite coals.

The further east and SE you get, you encounter more pecan - by itself or combined with oak. Post oak apparently needs a drier climate; here in Houston, I think live oak is the variety. One place uses red oak, which reminds me of mesquite.

Craft bbq, which Texas Monthly declared in its most recent rankings has surpassed the old time legendary places, may use several woods, I think. This would include most of the places in Austin proper and many of the places here in Houston. I’m not up on the craft bbq movement except as a spectator.

@ChimayoJoe - I’ve done that 3-a-day thing before, years ago, sometimes 2 days in a row. You skip the sides, maybe even the pickles and bread, and the dessert and cheese

But I was doing the Trinity at most places - brisket, ribs, sausage. And never 2 in one town - my gosh, gotta get a little exercise and work some of those calories with a little road trip - Taylor to Lockhart, then on to Luling

. And pick up some to bring home along the way back to Houston.

Of course, you don’t have to order a full plate.

That was years ago. I haven’t been to Austin, Luling, Lockhart, Taylor, etc. in over a decade and I have no interest in standing in line for hours.

Of course there’s Ronnie Killen in Pearland, trained at Cordon Bleu in London.

When Killen decided to go back to his roots and get into the bbq field again he vowed to dethrone Aaron Franklin. Hasn’t done it yet. They use prime beef brisket - its smoked fat vs. smoked meat. Very popular here but I didn’t care for it on 2 visits. Didn’t get around to trying the Creme Brulee Bread Pudding, though! 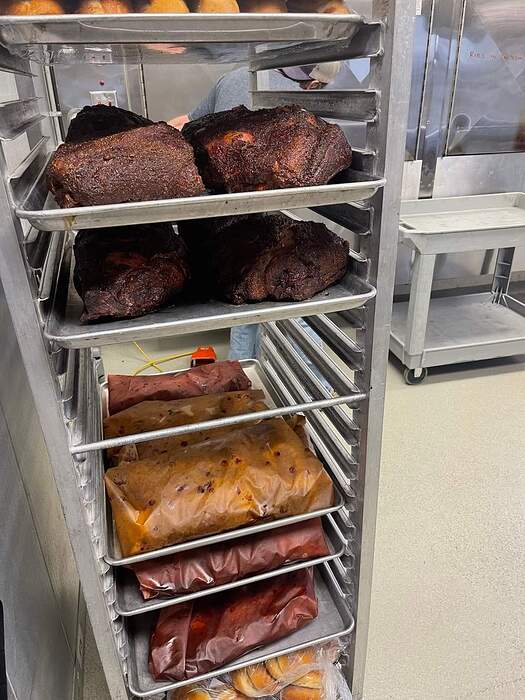