BBQ Sauces - Supermarket favorites and beyond?

Head Country is a supermarket sauce here. I’m fond of the Original and Hickory Smoke varieties.

Kinder’s Mild is a new find for me. It’s smoky and very thick. It’s serious competition with the Head Country sauces for my favorite supermarket sauce. I have a bottle of Kinder’s Hot but i haven’t opened it yet.

There’s a BBQ specialty store here that carries some harder to find sauces. I’ve tried several Blues Hog sauces and like the Championship Blend best of those. Another contender for my favorite sauce is Killer Hogs The BBQ Sauce.

I’ve been on a barbecue binge lately and have several sauces in the cabinet to try. I hadn’t thought to look there before, but Cabela’s and Sportsman’s Warehouse have some sauces not likely to be found in the supermarket. I tend not to mail-order products like bbq sauce–too many reports of breakages and leaking bottles in the Amazon reviews, and the prices are often ridiculous.

I went whole hog on pork bbq rubs and sauces for quite a while. Today, if the sauce is for myself I buy Famous Dave’s Devil’s Spit and Masterpiece for a neutral sauce. Both are too thick so I dilute them. I also have dry rub at the table too.

Stubb’s barbecue sauces are frequently on sale at our go-to grocery store, so we always have a bottle around.

Sometimes I want spicy BBQ sauce and sometimes I want more of a tomatoey, sweet, and smoky flavor profile. Stubb’s is easy for me to adjust to my liking with a bit of hot sauce so it’s a useful condiment to have on hand.

Always a bottle of HP BBQ sauce in the cupboard at Casa Harters. And a much less frquently used bottle of Stubbs Liquid Smoke. 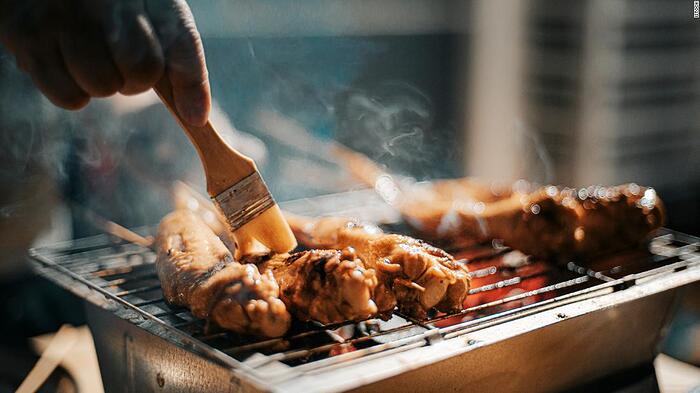 The 15 best barbecue rubs and sauces, according to chefs | CNN Underscored

It's time to heat up the grill, get your favorite chicken, pork, steak, fish and veggies at the ready and prepare to get, well, fired up with these recommended barbecue rubs and sauces sure to take your meal to the next level. Who's hungry?

By chance, this was still in my saved pile…

Story: I started my first job after college in 1982. In the summer of 1983 the company had a picnic. The organizing committee, dominated by middle-aged female secretaries, assigned me to bring barbecue sauce. I’m sure they expected me to just bring a bunch of bottles from the grocery.

These were the days when APRANET was just barely beginning to morph into the Internet and long before the World Wide Web. I was on USENET for technical topics but never thought to look for cooking groups (I imagine there were some even then). So off to the library I went.

Off to the library I went.

A very long weekend of cooking at my parents’ house and I had a gallon and a half of pretty good homemade barbecue sauce home pressure canned. The organizing committee was ahem surprised. Let’s go with surprised. The younger secretaries and the young female engineers and analysts were impressed. That barbecue sauce did wonders for my social life. grin Dating got cheaper also, as the prospect of dinner in my apartment became more attractive.

My mother, who had never used the pressure canner she got as a wedding gift in 1957 gave it to me. I still use it today.

We’re getting low on barbecue sauce as well as pasta sauce, tomato basil soup, and a few other staples. I sense–like a disturbance in the Force–a great deal of cooking one week later in the summer.

this is a real simple make-on-the-fly bbq/bake sauce.
definitely in the tomato camp - add heat to taste with crushed pepper or cayenne.
will not satisfy everyone/every need, nor will any other prepared or homemade…

Both my kids have been rebelling in the past few years against heavily sweet tomato-y sauces, like ketchup and red bbq. So I’ve taken to doing a yellow Carolina style bbq sauce, which still has a drop of ketchup in it, but yellow mustard does the heavy lifting with some assists from vinegar, sugar, and other spices. It’s tasty and everyone’s happy. Here is a sample recipe. 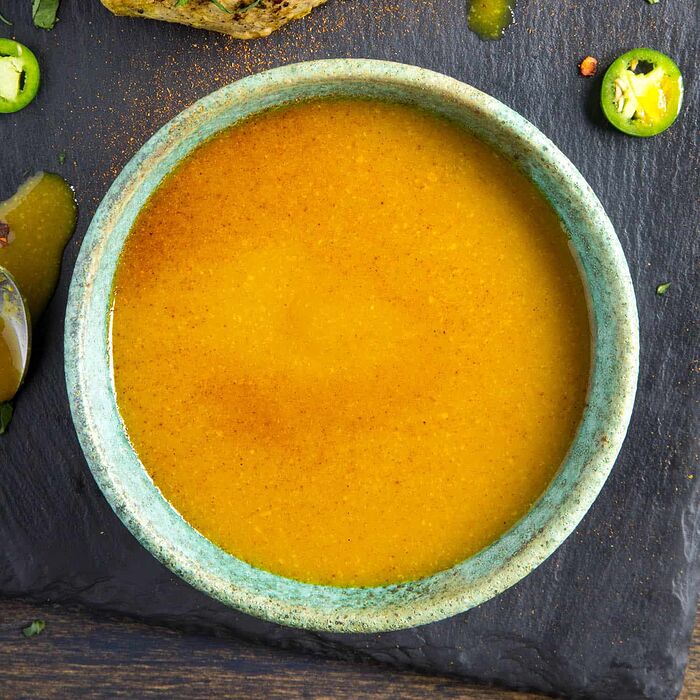 Get your smokers and grills ready for summer with this classic Carolina mustard bbq sauce recipe from South Carolina. It goes perfectly with pork or grilled chicken.

I’m not a big fan of bbq sauce, but I do like the Bone Suckin brand.

For DIY, I tend to skew asian and add gochujang and doenjang or miso when I’m making some myself. Usually fish sauce too.

Speaking of which, my vegetarian nephew loves bbq sauce, and it is shocking how many are actually not vegetarian because there’s one ingredient far down the list that seems entirely unnecessary when you taste the sauce.

My favourite of all the regional BBQ sauces - but completely unavailable in the UK. And my past attempts to replicate it have not gone well.

Harters, I’ve never bought it. If you have the ingredients, it is so easy to make in your own kitchen. Primary being yellow mustard. Give a spin to the recipe I included.

It’s some years back but my recollection is that this was the problem - finding American yellow mustard here. It’s very different to British and European mustards - sweeter and not as hot. Maybe the internet will find an “American foods” site here.

No, we don’t know her name or where Pat found her, but it the perfect balance of sweet, sour, and vinegary and I’ve gotten raves for it for many years.

Harters, keep an eye out for Aldi and Lidl…they usually carry yellow mustard when they have their “American weeks”

I mostly use rubs for smoked pork, maybe with a North Cackalacky mop, but I usually have some Stubb’s around for seasonal festivities that include hot links.

Hmm. I will agree with you that american yellow mustard is not particularly “hot” like dijon or Chinese mustard are hot. But I don’t think it’s sweet at all. You aren’t thinking of honey mustard? I wonder how much amazon would charge to ship you some french’s mustard. That is the quintessential yellow mustard around here.

I’ll stipulate this is a touch off message but there is no better mustard than Coleman’s.

We’ve got a ketchup and mustard thread somewhere.

My current favorite supermarket BBQ sauce is Sweet Baby Ray’s; H prefers Stubbs. I love Kinders, but only find it on rotation in Costco. I used to like Bulls Eye a lot, and KC Masterpiece as well. I used to make my own frequently, but haven’t in many years.

Kansas City favorite is Stillwell Smokehouse (regular, tomato based), also like their mustard based sauce. Have had both Gates and Stacks, and while ok, I tend to prefer a sweeter sauce.

Used to buy a local brand called Rib Ticklers, which they had in various heat levels. It was quite nice!

5 Likes
next page →
“Food is a pretty good prism through which to view humanity.”
― Jonathan Gold