I actually don’t like this “find an entire dry scallop” thing.

You can tear the scallop up put that back in the sauce or use it for some cooking. I quite like this. The question is: does the extra scallop (the whole and the bigger pieces) worth to pay $5 dollar more?

Actually the Japanese or Korean fruit wine has fruits in the bottle.

I think I don’t really mind, pasta sauce with real tomatoes is actually better. It’s the final price I will look at.

You can tear the scallop up put that back in the sauce or use it for some cooking. I quite like this. The question is: does the extra scallop (the whole and the bigger pieces) worth to pay $5 dollar more?

Of course, I can… but it makes no sense for me, and like I said, I won’t like it. If I buy a bottle of a sauce, I don’t want to want to fish the scallop out and tear it up for 5 minute and put it back into bottle and make a mess on my counter.

As for the Japanese and Korean fruit wine… these are different. Plum wine (umeshu) is really putting plum in shochu by steeping – much like steeping tea. The plums are not to create “texture”, just infusing a little of flavor. Plums are the last step for flavoring. The better equivalent example is finding intact rice and barely in your plum wine.

As for the pasta sauce, I don’t think you understand what I wrote. I mean having an intact tomato among the rest of tomato paste. Again, I will be expected to take that intact tomato out and crush/chop it up and then put it back to the rest of the sauce.

Bottomline. This Mei Xin’s Suace is an unfinished product and this entire scallop is done for marketing purpose – it simply to show they use large scallops. However, this is not the way to do this. People don’t show case they use large tomato by actually putting a large tomato in the middle of a pasta sauce.

Take my ginger-green onion sauce above… Would I make leave an intact ginger and an intact green onion in the middle of the sauce? No.

I don’t think you are meant to cut the whole scallop up and return it back into the XO sauce. I think it’s like the prize in the cereal box – you give it to someone special, like an elder. Conpoy are very expensive, so I can see it as a special add-in , not only to show that the sauce is of high quality, but to serve to someone as a sign of honor.

In neither case, I won’t like it.
I know dried scallop is expensive, but they are not super expensive, certainly not the kind in a commercial XO sauce jar. I am almost certain that they use Chinese conpoy in these commerical sauces, not Japanese conpoy. You just don’t find the best and most expensive truffles in a canned truffle cream sauce.

I don’t want to spend too much time on this, as you are all busy, but here are the problems

All I can say is that, to me, I don’t like this, and if I have the energy to make my XO sauce, I certainly won’t put intact conpoys in the mix of shred conpoys. That’s just me.

I think it’s like the prize in the cereal box

Argh… that is exactly for marketing purpose.

I know dried scallop is expensive, but they are not super expensive, certainly not the kind in a commercial XO sauce jar. I am almost certain that they use Chinese conpoy in these commerical sauces, not Japanese conpoy

The Mei xin XO sauce referenced above says online that it’s made with Hokkaido scallops.

I rarely buy XO sauce, since DH is allergic to shellfish, but I’m going to pay more attention to the XO sauce section the next time I go to the asian market. I might just pick up a jar for myself (and my son, who loves stuff like this). And if there’s a whole conpoy in the jar, it’s mine.

Well, if they use Hokkaido scallops then at least they use good ingredients, but that is independent of the idea of putting whole scallops.

And if there’s a whole conpoy in the jar, it’s mine.

Hey, you can always put your own conpoy in there if that is what you like.

Does the DIY XO sauce needs to be refrigerated? How long can it last before the taste starts changing?

But from a bottle I bought recently, it states that once the bottle is opened, it should be put in fridge and be consumed within 7 days. I don’t know if it freezes well.

I would think so. There are just too much meat and proteins to be left at room temperature. However, I think a DIY XO sauce should last in refrigerator for months (the oil and chili and salt should preserve it somewhat)

Mine seems to have been ok for a month now. Honestly, I think it entirely depends on the salt content and oil content. If most of the green onion and ginger is submerged in oil and you have a decent amount of salt, then it should last a long long long time (like years) in a refrigerated condition. If you don’t have any salt and the green onion and ginger is exposed outside of the oil, then I can see maybe a week or two.

Haven’t paid attention to this whole thread so maybe it’s been said - but my interest was peaked by this thread, saw it at our Costco (Boston) and bought some. Very curious to try it.

I am not thinking maybe I should make some XO sauce, but then I remind myself this simple fact: I am buying XO sauces faster than I consume them, so maybe it is NOT a good idea to make it.

However, I think a DIY XO sauce should last in refrigerator for months (the oil and chili and salt should preserve it somewhat)

Even store bought, I vaguely remembered I had one staying in fridge for months.

Unfortunately, here I couldn’t find any of the Chinese brand in the Asian stores in Chinatown, only this Lee Brand (NR Instant Produce) coming from Thailand. If you are buying this in Paris, beware that certain stores try to sell you for 15 euro/$18 USD (near the stores in Arts and Métiers) instead of 6.50 euro/$8USD in the 13th district Chinatown for a bottle of 200g. 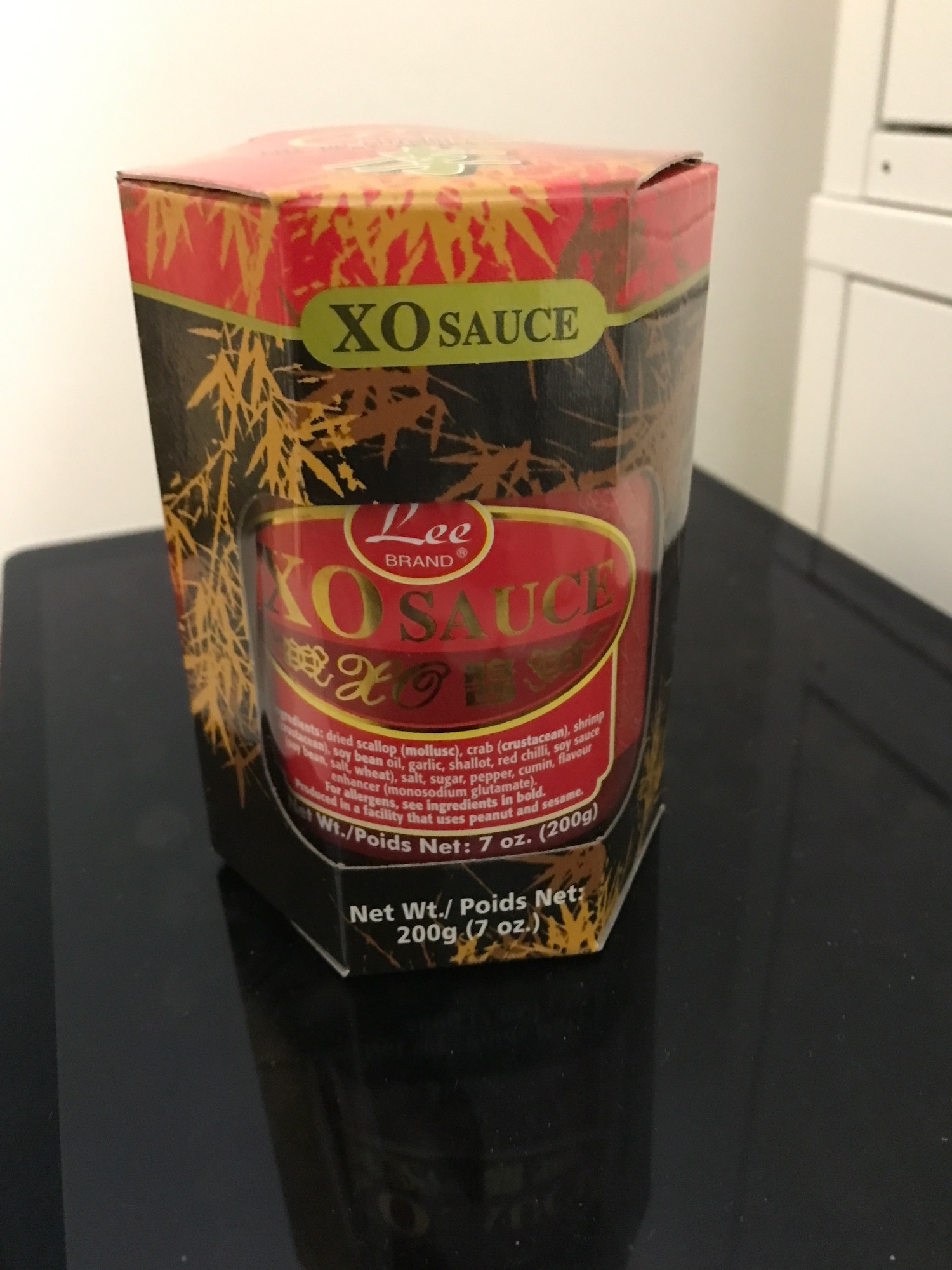 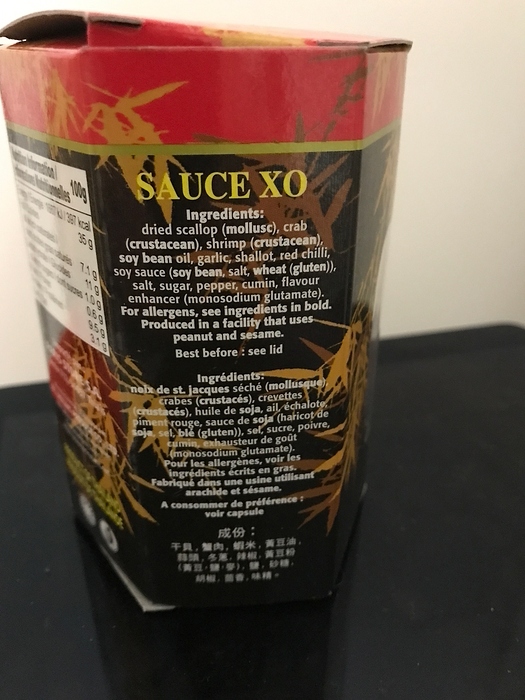 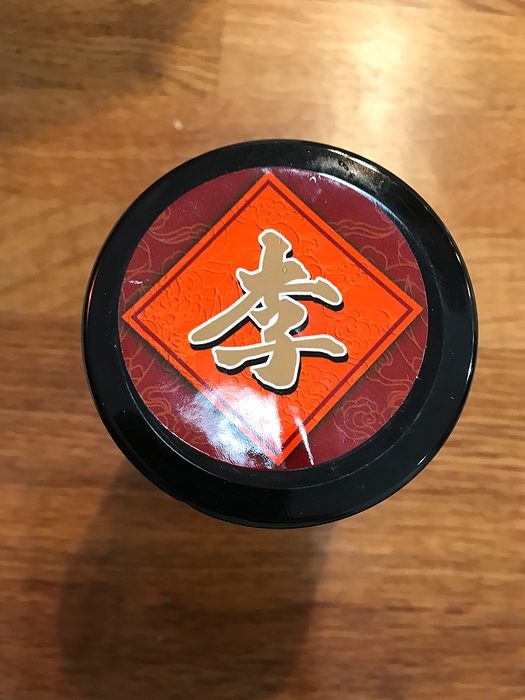 Decent enough with lots of dried seafood: scallop, squid, crab and shrimp. Not premium quality as the Japanese dried seafood, but with this price, you can’t ask for more. Thai knows their chilis, the spiciness is about right. 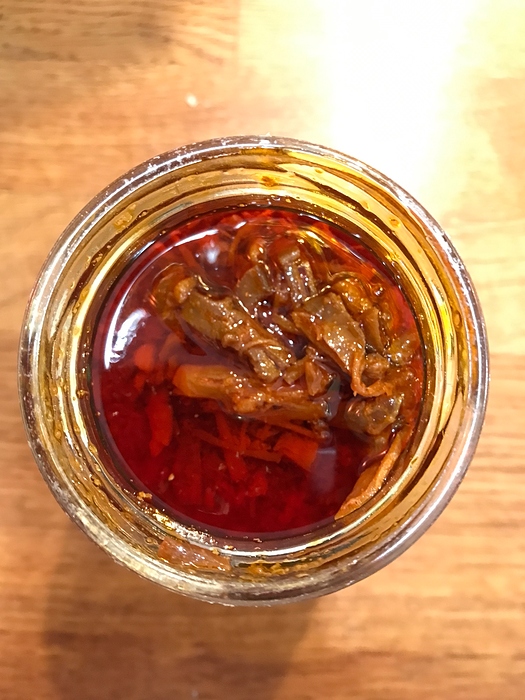 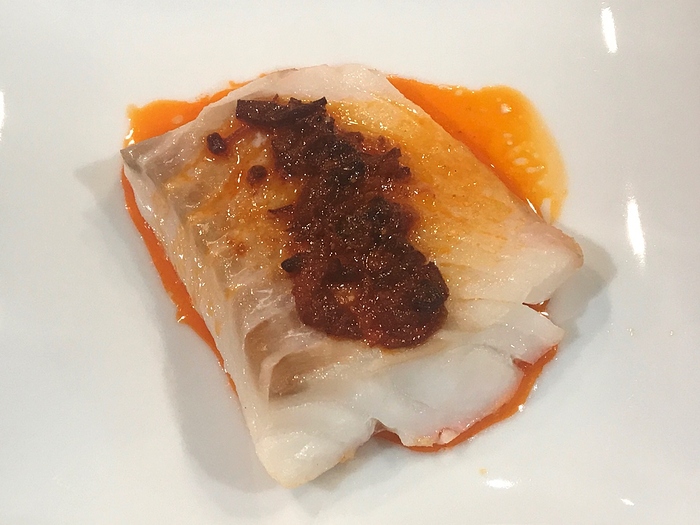 I bought this a while ago. Not recommended. Too garlicky. Hiding the clean scallop flavors. Maybe that’s intentional. Now I have too big a jar that I need to finish. 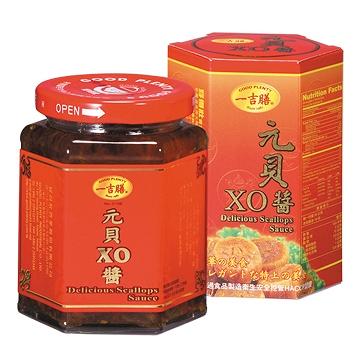 Not a big fan of the preservatives and food coloring that some other brands add to the XO sauce though. I think I’d look into making a batch, and perhaps freeze the extra into cubes.

but then I remind myself this simple fact: I am buying XO sauces faster than I consume them

That. I should just stop buying large jars too. Waste of money most of the time when I forget the jar in the fridge.

I think I’d look into making a batch, and perhaps freeze the extra into cubes.

You can save them in small sterilised jars seal from air. I think it is better than freezing it.

Me too. Yesterday, I just saw another jar in my cabinet (not opened). I think XO sauce is like my “it would be nice to have” sauce. Every time I see one, I would say to myself that I should have one, but total forgot that I have more at home. Then I don’t use them, and they just sit there.

I like the sauce and it is tasty, but I honesty do not use it on everything like many people do. It isn’t even the top three Chinese sauces I go to.

By the way, yesterday, I just made my salted fish meat cake/pie (鹹魚蒸肉餅) with tons of conpoy. I guess I am just never going to use my conpoy for XO sauce.