Couldn’t decide between a Martini and a Gibson, so onions AND olives it is! A beautiful evening to enjoy our patio as it begins to take shape. 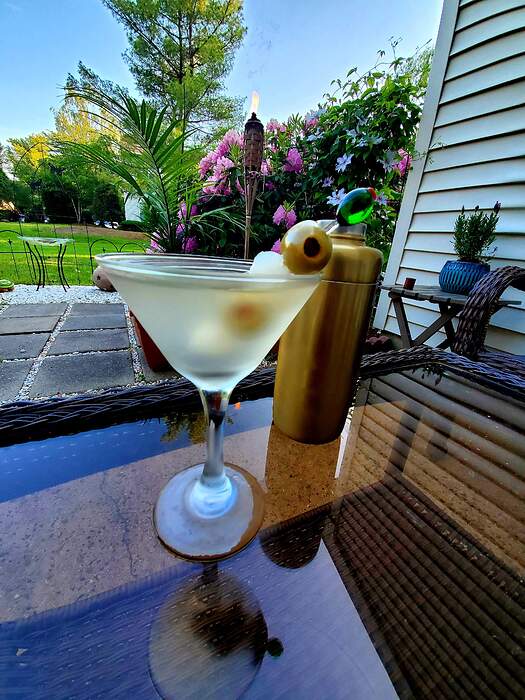 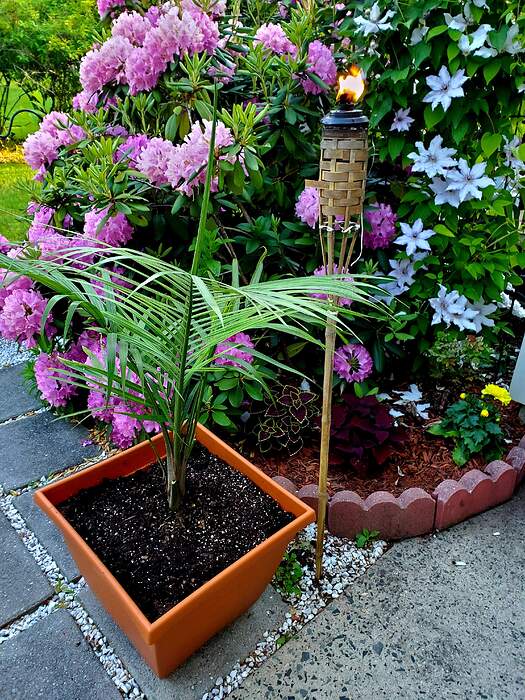 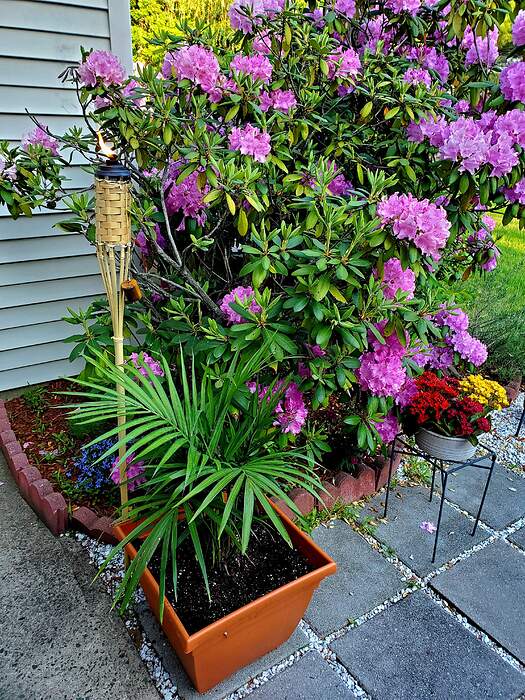 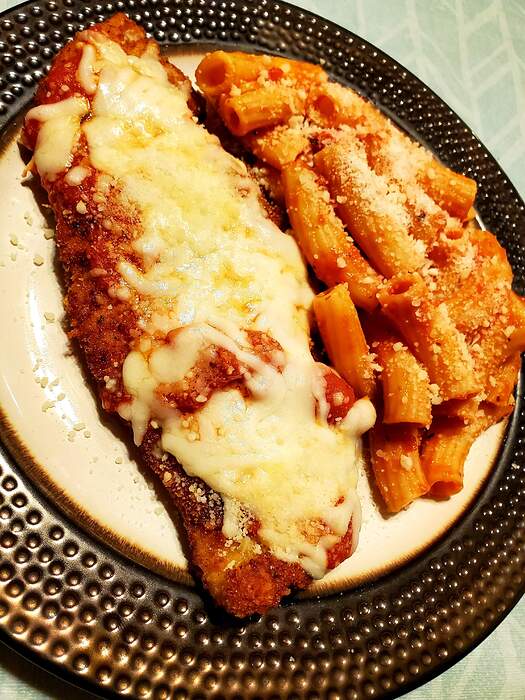 Beautiful rhododendrons & clematis in your garden

Nothing in place of mayo, I just used a little extra of everything else. Next, I’m going to try with an alternative to potato, maybe jicama. Can you think of another vegetable similar in color and texture?

Personally I think the potato in potato salad is a vehicle to carry everything else to your mouth so I don’t expect much from the potatoes. Some alternatives could be parsnip, carrots, cauliflower, maybe even sweet potato instead of white. I look forward to hearing the results of your alternatives.

As @WireMonkey correctly referenced, the Portuguese originally brought in yeasted bread as a concept, which was indianized by using local toddy (fermented) because yeast didn’t exist

The word stuck - all bread is called pao/pav - or even roti, yeasted are sometimes “double” roti (I assume for the rest and rise / double process vs unleavened.) Bakers are still mostly Goan or Muslim. Yeasted bread is always bought, not made at home. And more prevalent in non-Hindu homes where chapati/paratha is not a daily occurrence.

I have never had a good rendition of Bombay Pao/Pav elsewhere - but I’ve made it from recipes, (which came closer than anything commercial).

Pav bhaji itself apparently has an interesting story connected to the American civil war.

The cotton mills were in Bombay, and when uniforms had to be made, the mills were being run 24/7. Vendors popped up outside the mills to feed the workers - leftover vegetables were mashed up and spiced to flavor, served with the most convenient bread available - which was pao/pav that could be bought in bulk for cheap from the bakeries (roti/paratha would have been too time consuming to make to order). The vendors persisted and proliferated, and here we are.

Work week: glad it’s over.
Wine was poured.
Cats were fed.
Dinner was prepped and cooked.
More wine was poured while dinner was cooking.
Relaxation starts.

Tried this Vietnamese-Style Baked Chicken recipe posted on another food board I inhabit. Had diverting except the fish sauce, which I purchased last weekend. Parsley subbed for the dreaded cilantro. Pretty good.

Basmati rice with the rest of my mango salsa from a few nights ago stirred in, and steamed broccoli…the only green veg left in the fridge. 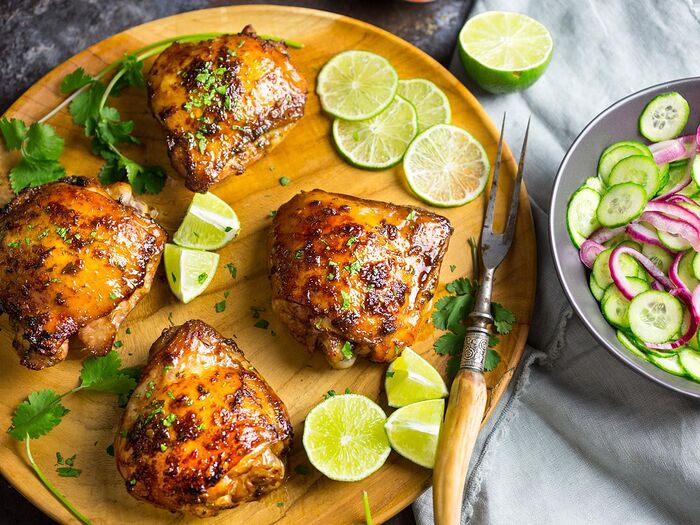 In this easy weeknight-dinner recipe, we marinate chicken thighs in a mixture of Vietnamese fish sauce, sugar, herbs, and spices, then bake them for a dish that's infused with flavor and perfectly browned. 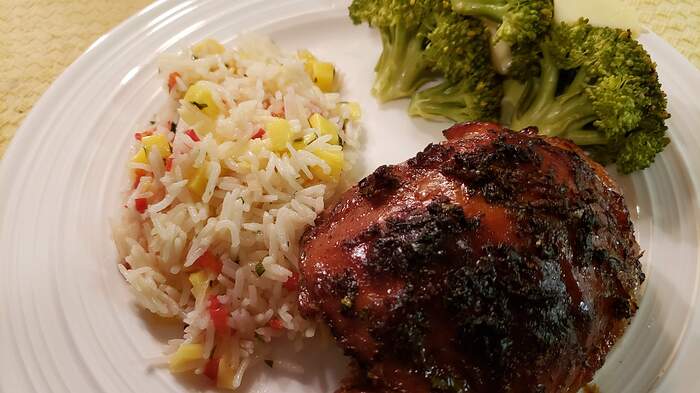 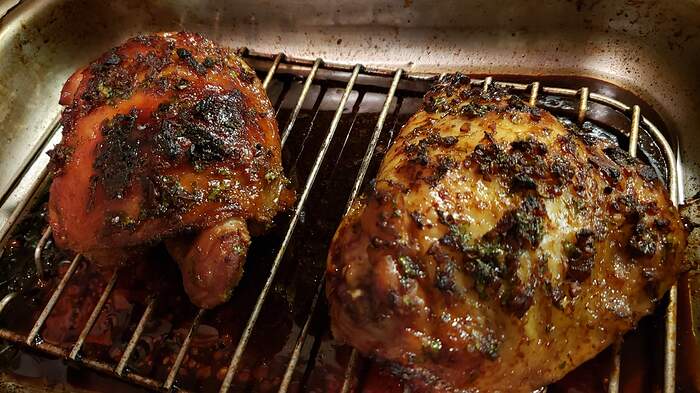 I was rummaging through the freezer and came across some conch I bought around Xmas when my local grocer tends to carry less common seafood varieties. I decided to thaw it out for dinner. The half a can of coconut milk in the fridge led me to a making a Caribbean style curry. It ended up being somewhat cross-cultural as instead of the green seasoning called for in the recipe I used some zhoug I already had in the fridge. 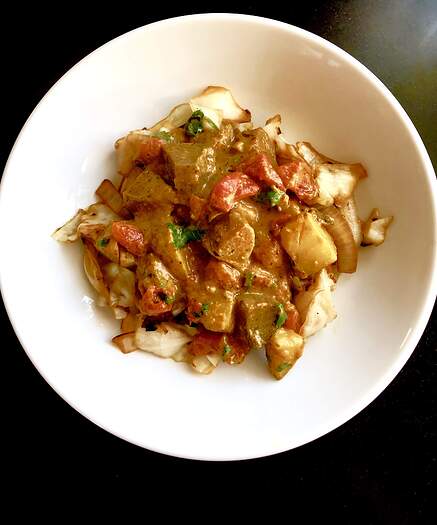 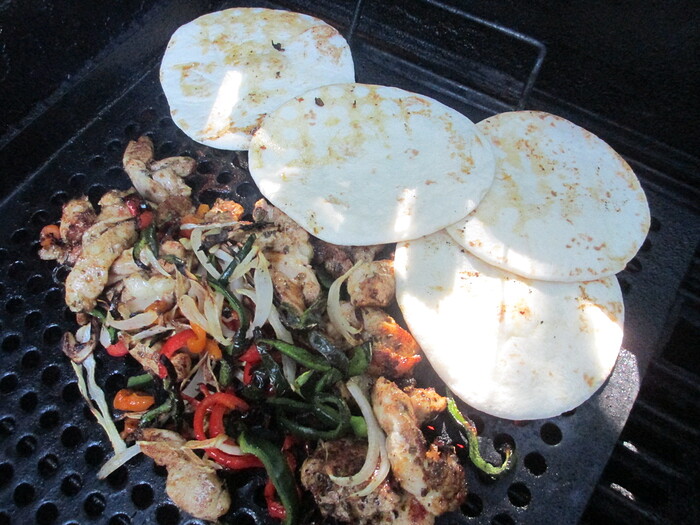 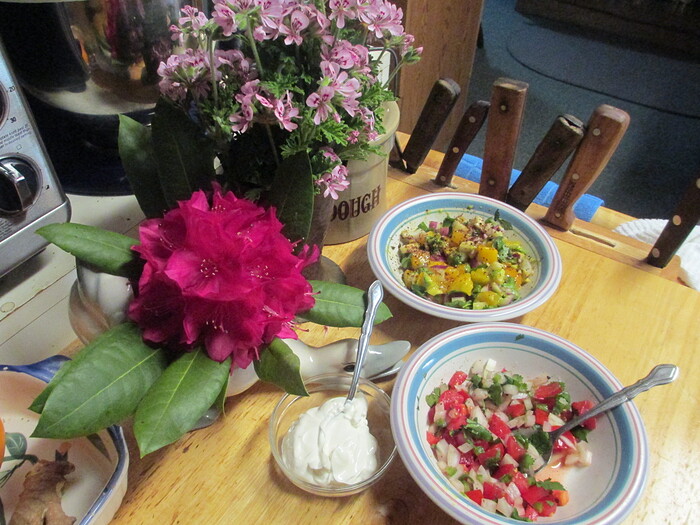 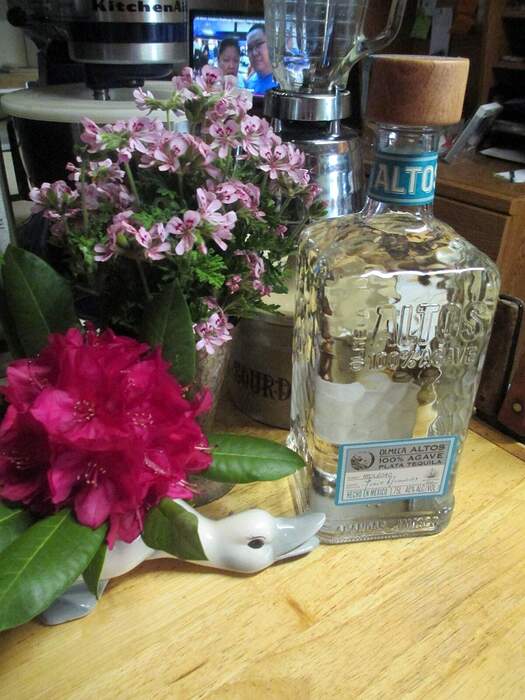 Thanks for the very comprehensive reply.

Pizza for the kids, parents went to meet out of town friends somewhere outdoors, and I wasn’t feeling the dinner I made last night (short ribs braised with porcini over mashed potatoes) that didn’t get eaten because we got takeout.

So - lobster ravioli from the freezer, with a quick pink sauce.

Roasted cauliflower for everyone. 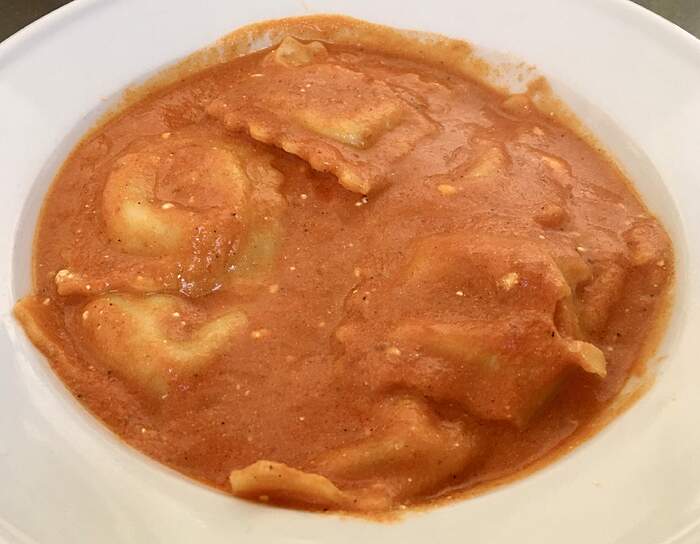 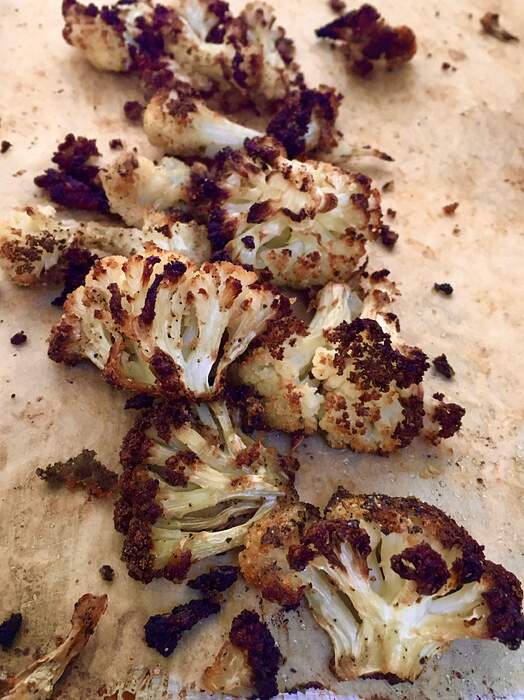 Last night’s takeout was young chow fried rice, beef with ginger and scallions, kung pao tofu, vegetable fried rice, chicken corn soup, and vegetarian corn soup (that one made by me in the absence of a vegetarian takeout option). 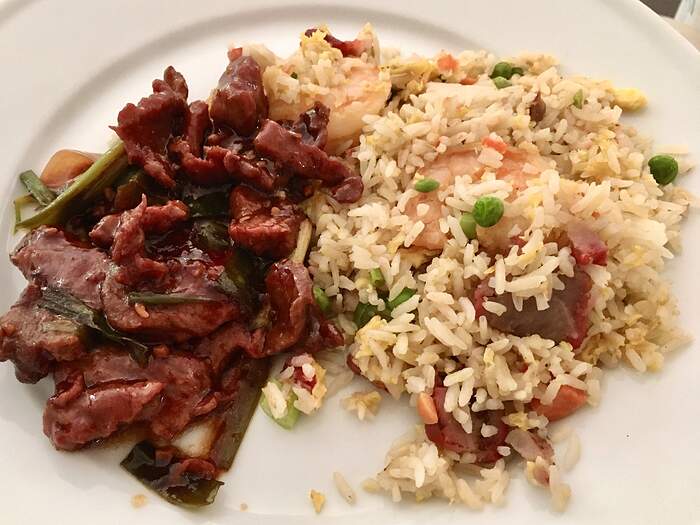 Some potatoes to go with dinner. 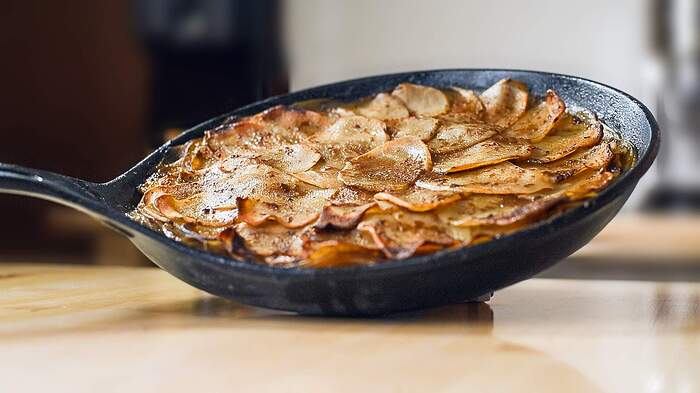 What is your knife-storage system? Looks interesting.

Some potatoes to go with dinner.

And some fabulous potatoes they are. Yum. 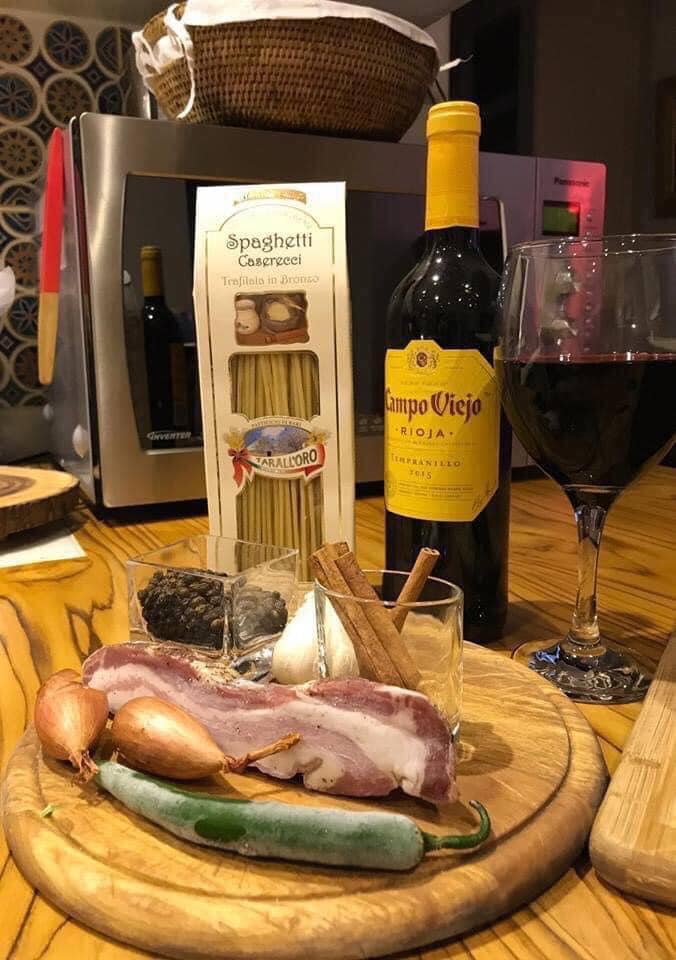 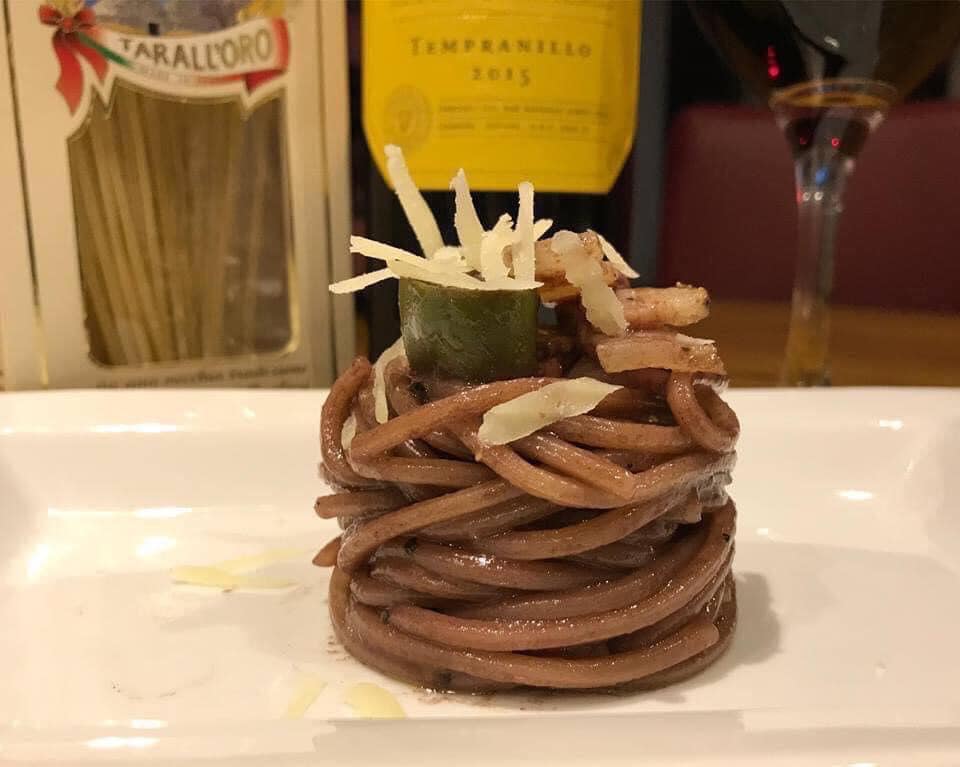 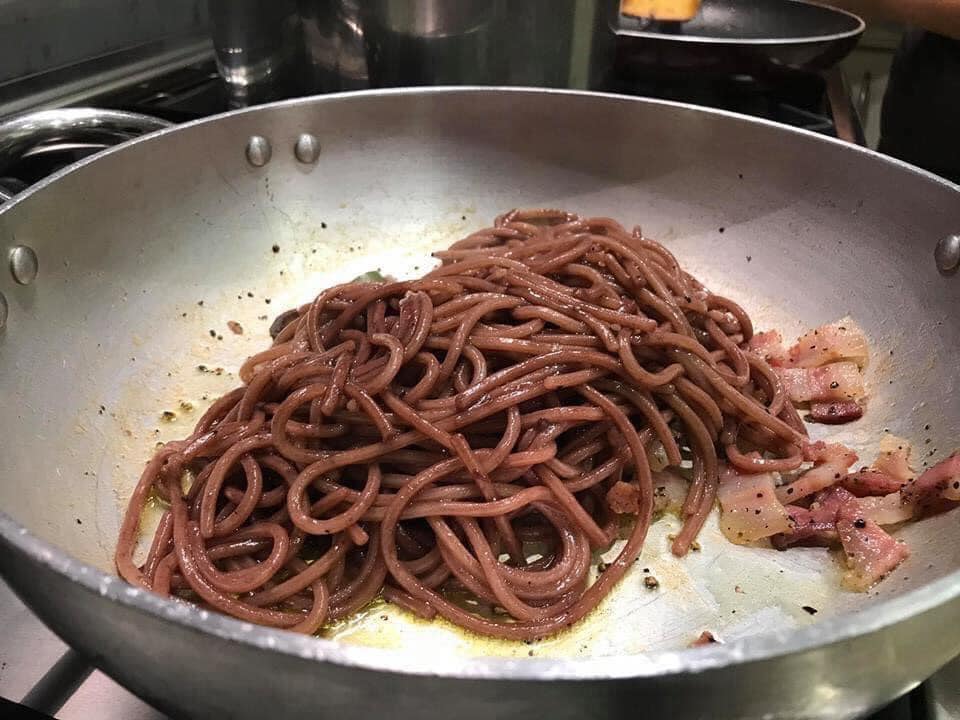 It is HOT here today - 90 degrees before July is just insane. However, it is perfect grill weather, so we’ll be firing it up for burgers later. With cheese, smoky blackened onions and maybe bacon. Spicy red cabbage and cilantro slaw alongside. I’m hungry just thinking about it! 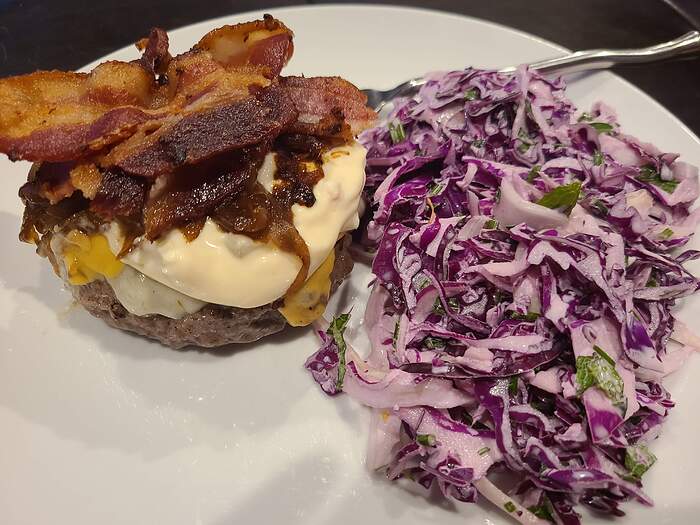 It’s a box on the side of my kitchen cart. Except for the large slot which accommodates my big cleaver, it is where I keep my antique knives. 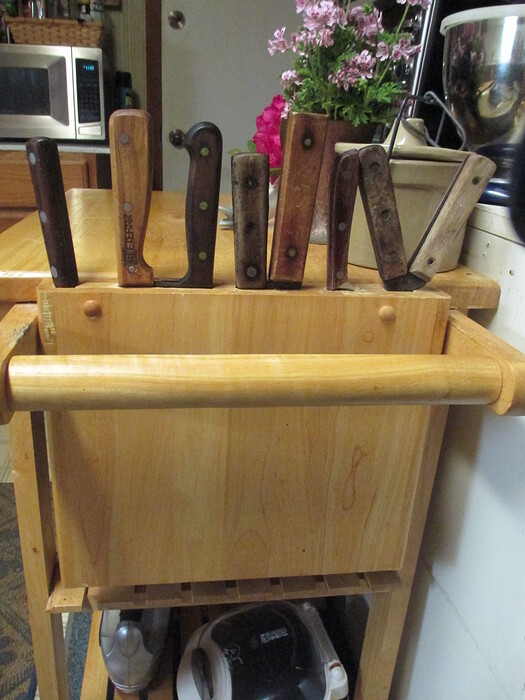 As it was today (spot on, that is). I hadn’t a clue as to what to make for dinner, until I scrolled through my FB Memories this morning and saw a post from 2016 that I slightly adapted for dinner tonight, the 2016 post adapted from a Boston Globe recipe from January 2013.

Pistachio pesto that had been frozen in ice cube trays and popped out into a ziploc bag were defrosted, blended with some white wine, heavy cream and grated Parm-Reg.

Pappardelle was boiled and tossed with the pesto sauce.

Asparagus spears were sauteed with some Gulf shrimp being added the last couple of minutes.

Everything plated, with Cote de Roses wine as the side dish. 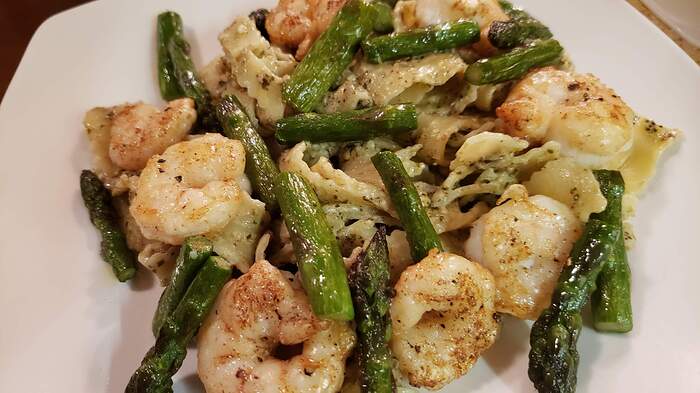 And Saturday morning pics of my handsome boyz. Because they’re too damn cute for their own good. 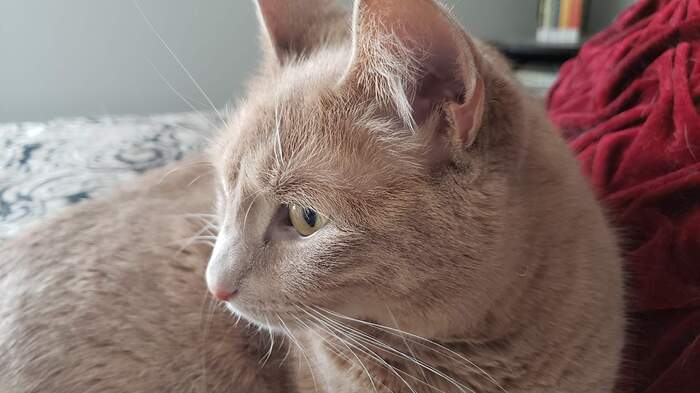 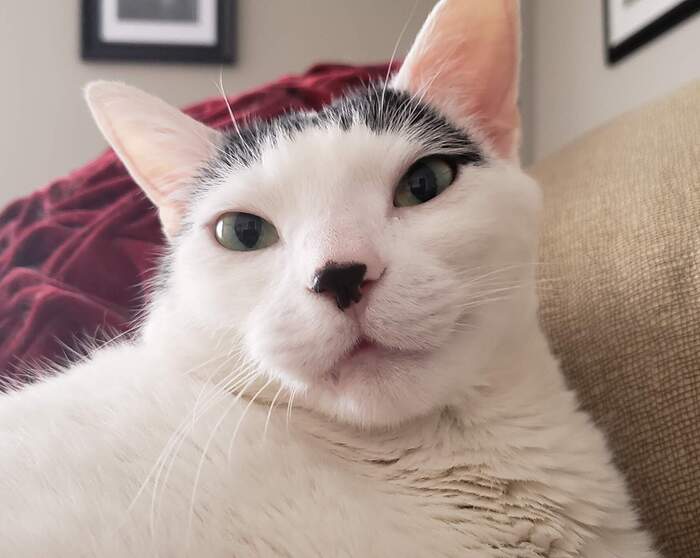 Let’s hear it for side dishes! 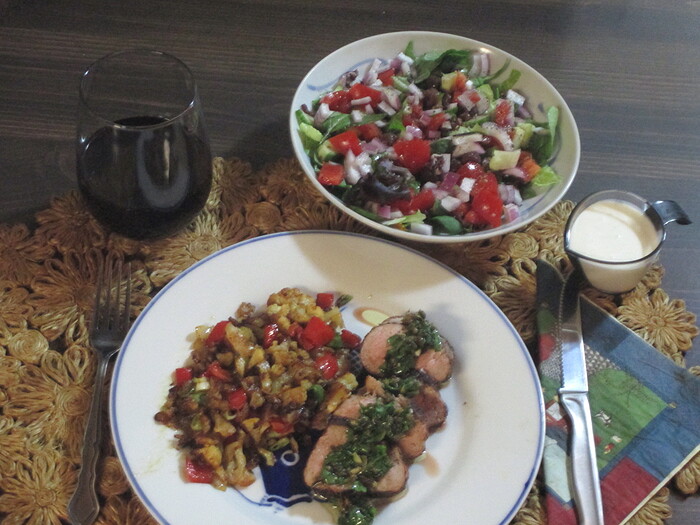