The silly poem of:
Spring is sprung, the grass is riz
I wonder where the boidies is
They say the boid is on the wing
But that’s absoid, the wing is on the boid!

came to my mind this very-rainy-in-New-England April 1st. (And the poem must be said in either a Boston or Brooklynese “accent”, of course.

In my neck of the woods, the grass isn’t quite turning green yet, and the buds on the trees are still trying to figure out how to bud. The birds, however, have been peeping up a storm as they feather their nests, find the worms, and just in general make a lot of squawk.

But at least there’s no more of that white four letter word on the ground. People are grilling (as is evidenced by last month’s thread!). Things are opening up; things are looking up. Let’s keep our eye on the ball (Opening Day at Fenway Park is today if the rain ever stops!) and keep doing the right thing as we move forward into the light from what has been a very long stretch of dark. Stay healthy out there!

So - Spring foods…what’s on your menus?

Thanks Linda. Despite all my Boston time, I have never heard that poem before

Even though the Sox game has been nixed until tomorrow, dinner is slated to be my traditional Opening Day meal: faux hot dogs with sauerkraut (the only time I ever eat them except when I’m camping) and baked beans, plus succotash, and some asparagus to round it out. Naturally, a beer or 2 is also in the cards, whatever sounds good at the time.

Have a brisket sitting in the slow cooker until 7 PM. My old sauce standby which is predominantly beer. I’ve always enjoyed this recipe because it usually produces a bark on the outside reminiscent of a grill/smoker. But as good as this meal tastes, it’s not very photogenic. We’ll see what I can do.

While everyone is waiting for baseball, my NY Rangers are playing the worst team in the NHL tonight and I’m hoping for a victory (but expecting disappointment). My baseball team is the SF Giants (long story) so they won’t be playing until much later. The benefit of teams in two time zones is the games rarely conflict with each other!

Also picked up a handle of Chopin vodka to see how it matches up against Stoli. Will report back @NotJrvedivici.

Thanks Linda. Despite all my Boston time, I have never heard that poem before

I don’t think it’s a Boston poem - seems to be anonymous, as no one’s been able to figure out who wrote it. But the way it’s written, I can hear it in my ear with either a Noo Yawk Brooklyn accent…or the inimitable Bahstin accent.

Not all that spring like but it cleared some much needed space in the fridge. Confit duck with leftover macaroni cheese and cavalo nero. 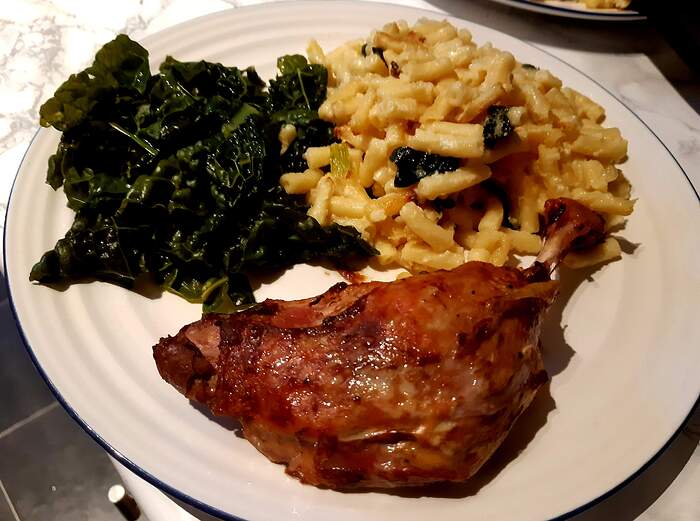 As stated earlier, not the most photogenic meal, but this is an old family recipe that remains on standby. Brisket done in the slow cooker in a beer-based gravy (used Wallenpaupack cream ale tonight which worked out much better than the usual Budweiser). It cooks for eight hours and produces a very welcome bark-like quality. As someone that does not have a grill or smoker, it’s why I like this recipe so much. Side of cheddar mashed. 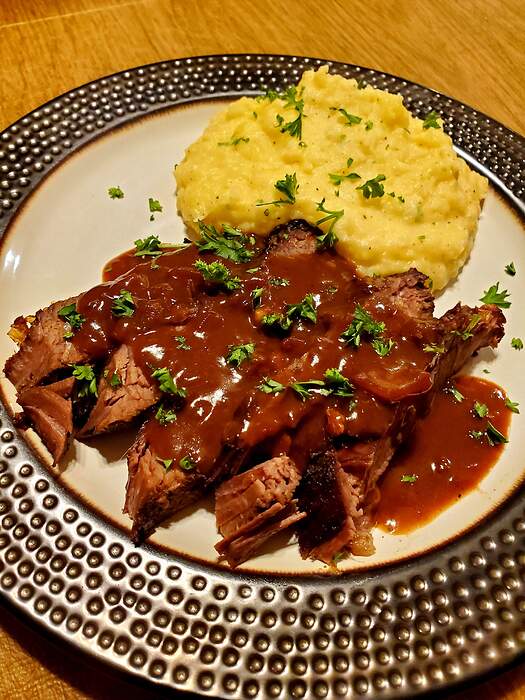 To drink: Chopin vodka on the rocks. I enjoyed but will take some getting used to. There is a marked difference between this potato-based vodka and the grain-based that I am used to, such as Stoli and Tito’s, etc. 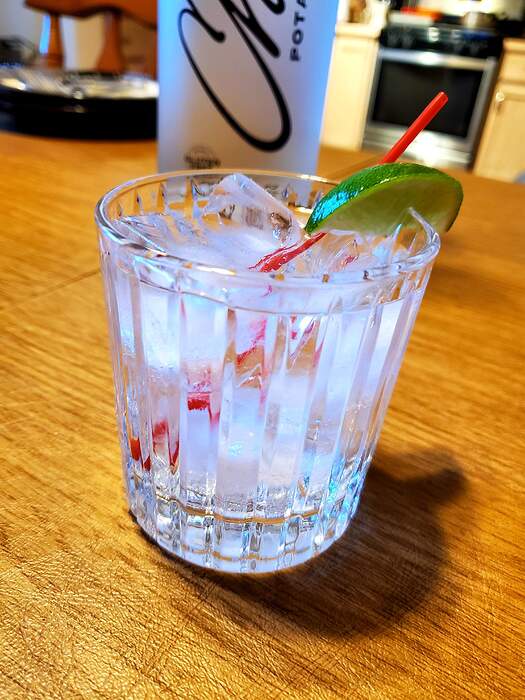 Rangers are currently 1-1. If they win, I’ll have another. If they lose I’ll have several.

Here I offer you my perfectly blended meal and accompanying photo for your optical enjoyment. I have:
1.) home made cheddar broccoli soup (prepared by my daughter)
2.) my left over “true blue” salad from local pizza joint dinner Tuesday night. It includes mixed greens, crumbled blue cheese, candied walnuts, apples in creamy vinaigrette. (a restaurant meal leftover)
3.) my adult beverage, tonight Stoli Elit on the rocks.
4.) bonus point for bottle placement obscuring my wife getting the dog a treat in the background 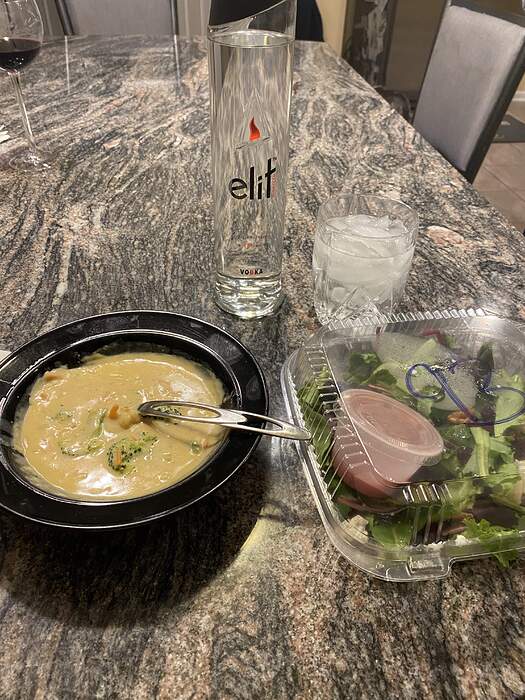 I’ve only seen Stoli Elit at one liquor store near me. How is it? Worth the extra $ ?

Greg as you know I’m a Stoli-Holic so there is no way I could ever say anything bad about it man. To me Elit is the ulta-smoothest vodka out there. Here’s how I compare it, Goose in my opinion is smoother than regular Stoli, I concede that. Regular Stoli is just my personal favorite I don’t profess it to be the best.

Stoli Elit is that much better than Goose is to regular Stoli, it perfectly defends its little brother. Even though I do think it’s smoother than Goose I still prefer regular Stoli vs Elit. Regular has the perfectly slight burn on finish that to my taste buds tastes like cotton candy to me. I like a little grit, keeps me young.

@LindaWhit - Love that poem, and your pronunciation of boidies is perfect. Although we always said them boidies. I’ve never heard the last two lines though…

Well done . Your not sneaking any to go food on your plate . Way to avoid that explanation.

I have been buying the stoli handle at rite aid where I live for 21.99 . Deal . Otherwise Smirnoff. 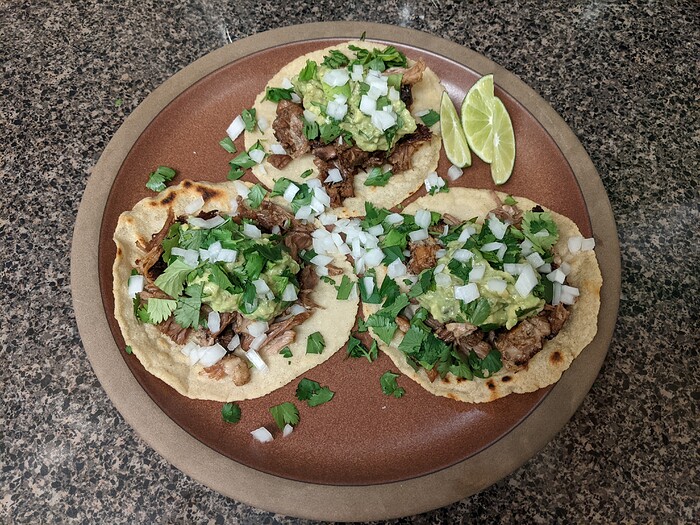 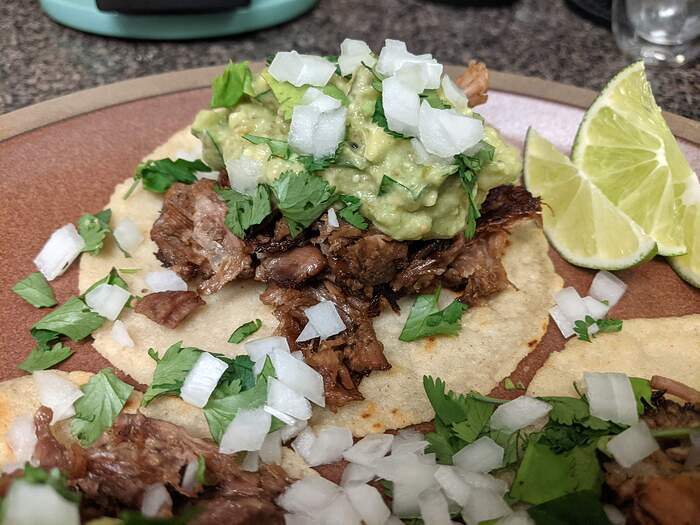 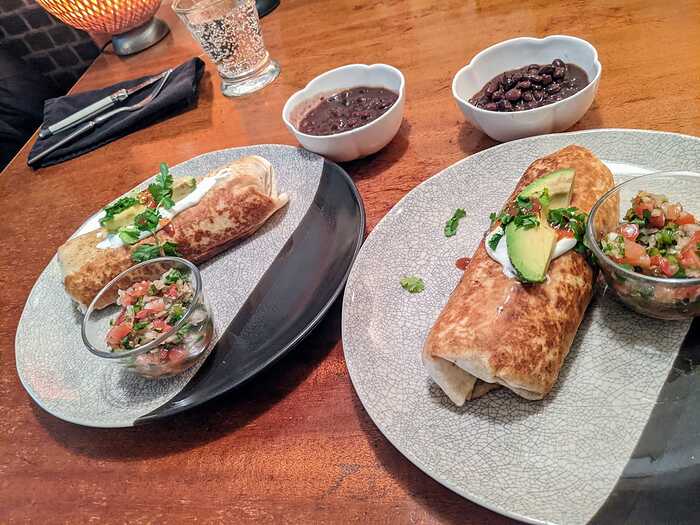 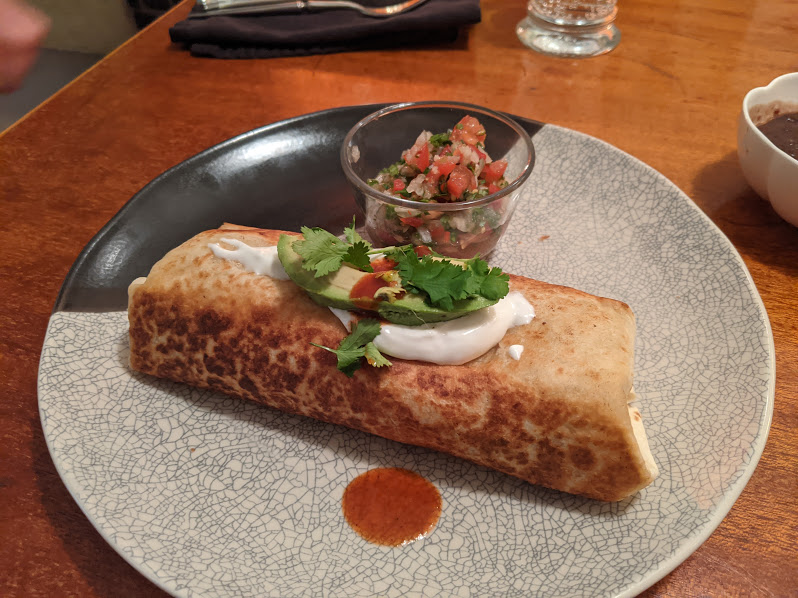 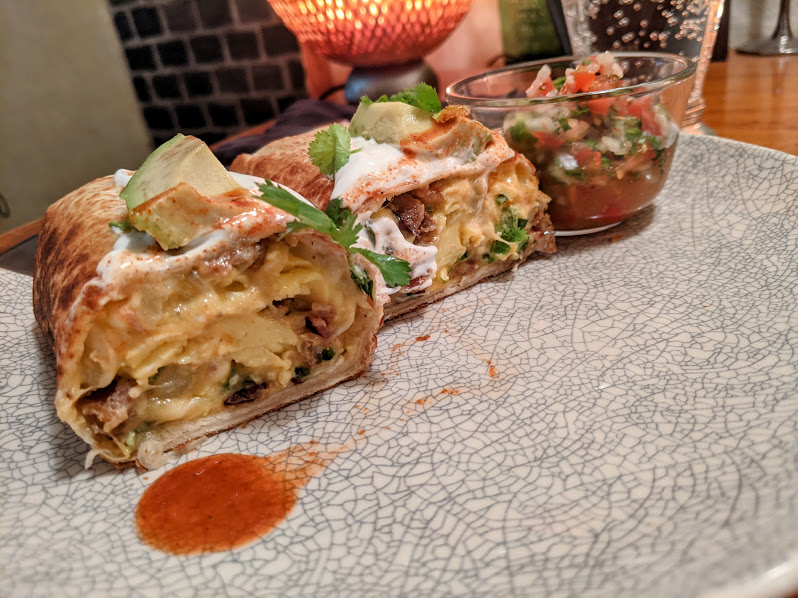 no spoilers! i won’t watch it until Sat. when I’m at my sister’s!!