April showers bring May flowers. Hopefully some sun as well, as my area of the U.S. has been inordinately cloudy and rainy.

Lots more home cooking going on since we’re all (mostly) still stuck in our homes. But now grilling comes in to play, since the dreaded four letter word of white stuff is highly unlikely.

So what’s going on in your homes, what’s on the tables, and what takeout are you bringing in to help support your local restaurants?

May this month be better than the last. (no pun intended)

Glad that it’s finally May. I hope to see things moving forward.
Strange, a temperature dip this morning. luckily, tomatoes are not outdoor yet. 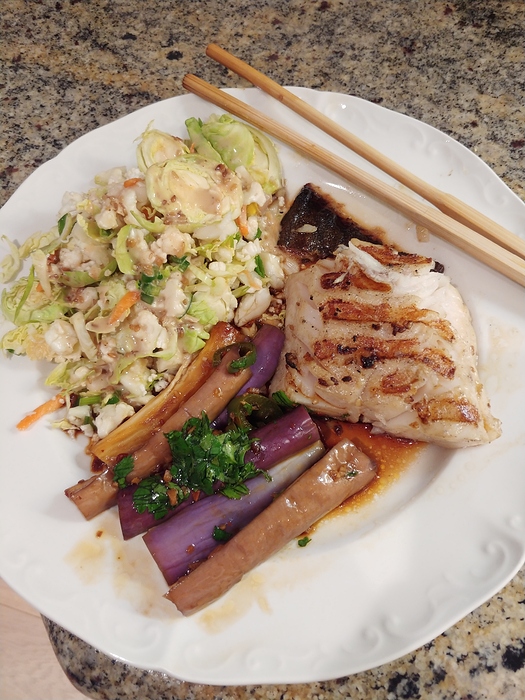 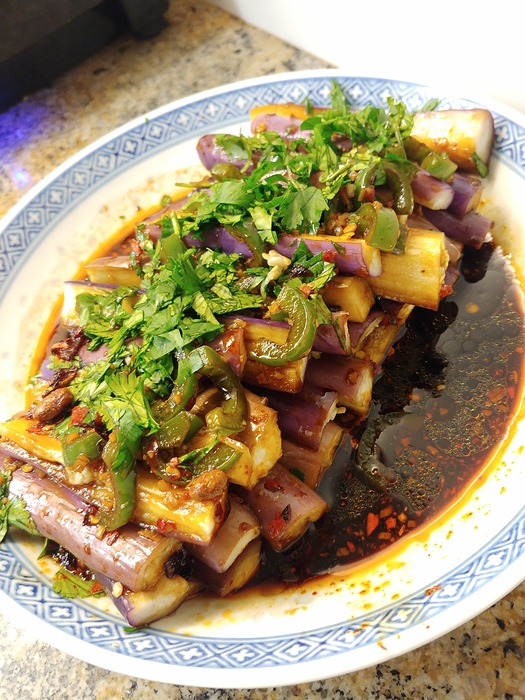 All of my meat grinding culminated in a burger taste test tonight. 6 oz patties made with four different grinds - all of the meat was ground once on the medium die, and then I ground portions a second time on each of the fine, medium and coarse dies. The fourth option was the single ground version.

Anyway, while all of the burgers were good, the coarser versions were the clear winners, with the twice-ground on the medium and coarse dies edging out the single ground version by a nose. Next time I’ll try grinding on the coarse die first and see what that does to the results. All of this to say, clearly I have too much time on my hands! Also, lest you worry that we ate nothing but meat for dinner, never fear - there was a side of dry fried green beans with Sriracha for vitamins! 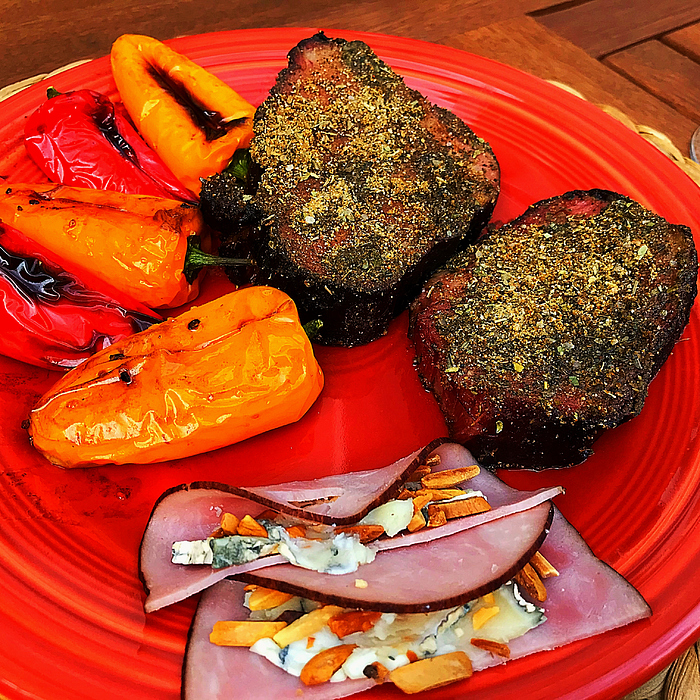 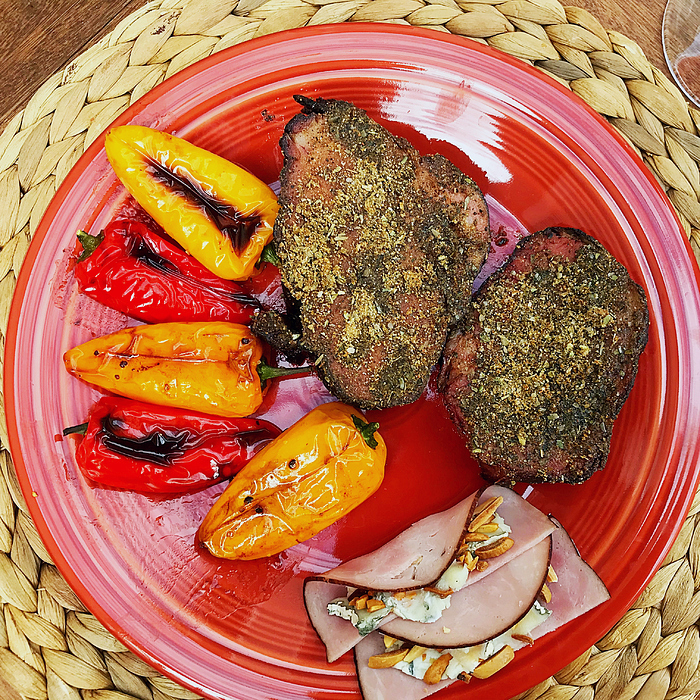 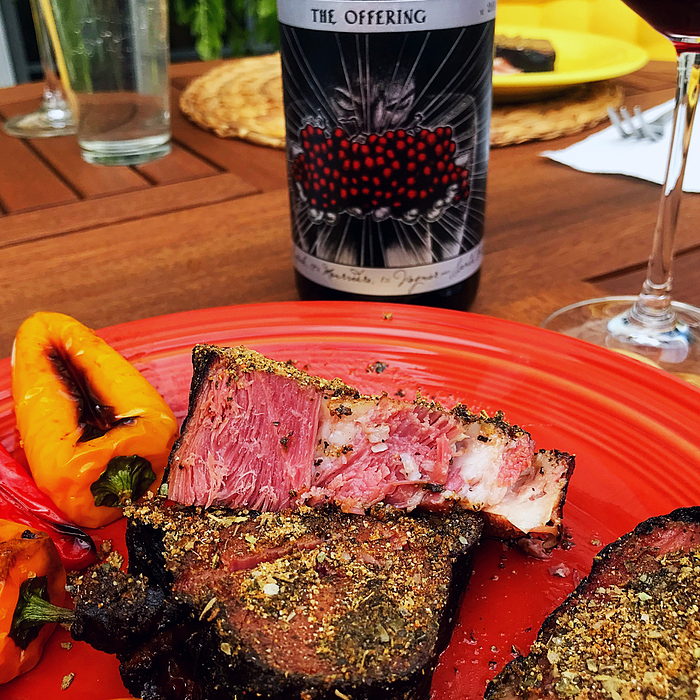 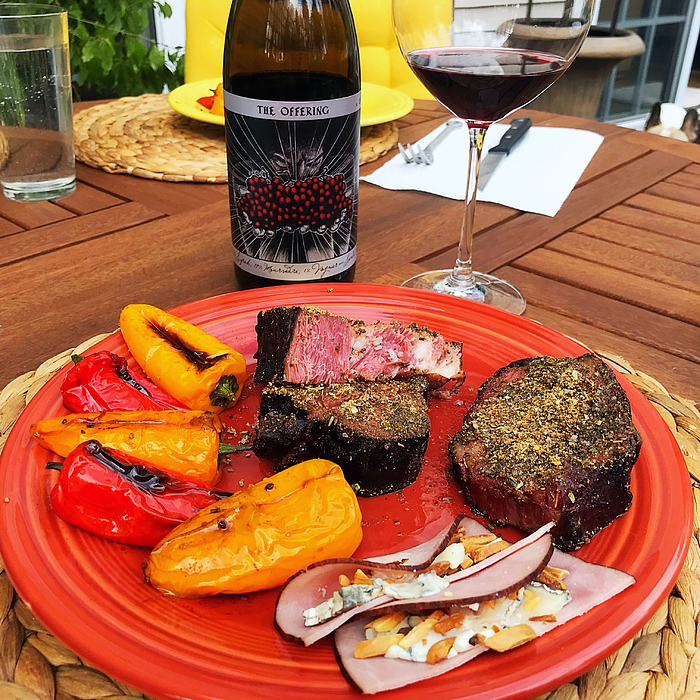 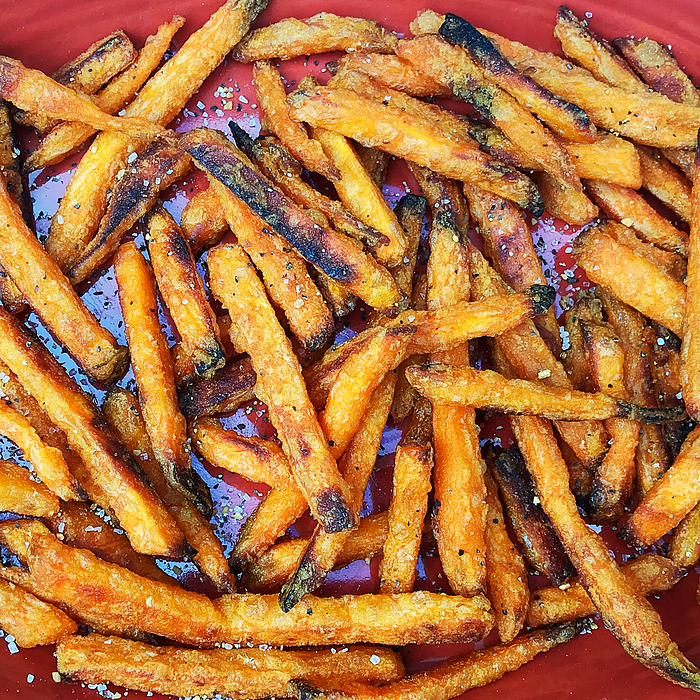 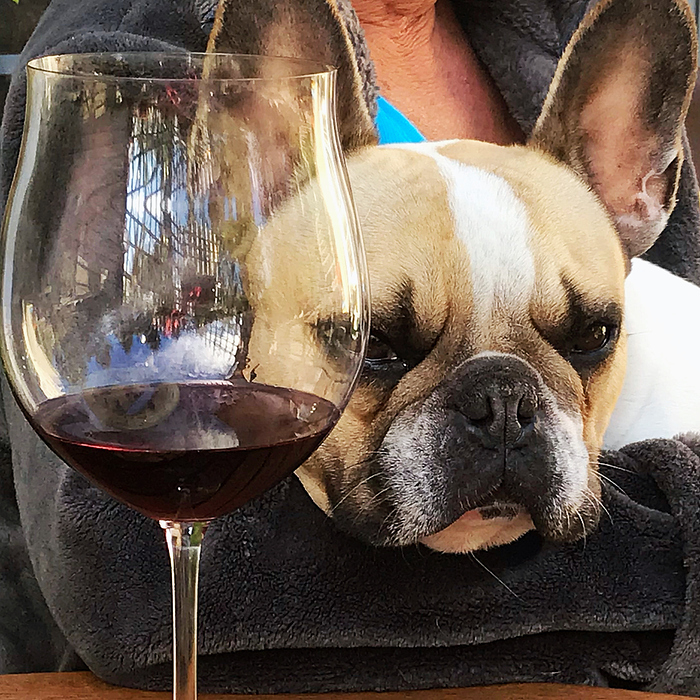 One Pot Chicken Thighs with Black Beans, Rice and Chiles from the New York Times. I had to make some adjustments for what I had on-hand but kept to the spirit of the dish. I thought it could use a bit more seasoning. 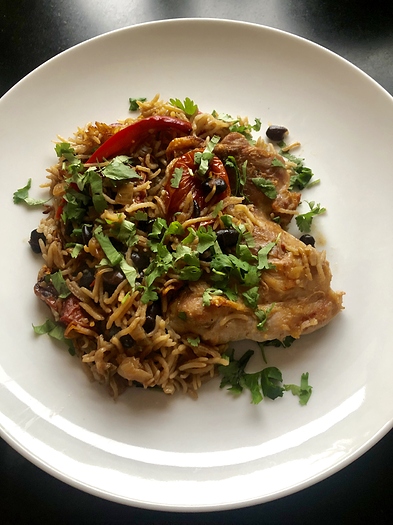 Deconstructed snapper cakes. (Always name a dish after you plate it!)

I wanted to surprise the BF with some Puerto Rican arepas (different from arepas in other cultures it seems, since these are not stuffed with beans and are instead used to dip). As it happens, I’ve also heard him refer to this as a “torta”, which most people would associate as being a sandwich. A search online also reveals these can be called “domplines”. Whatever they are, the combination is amazing. 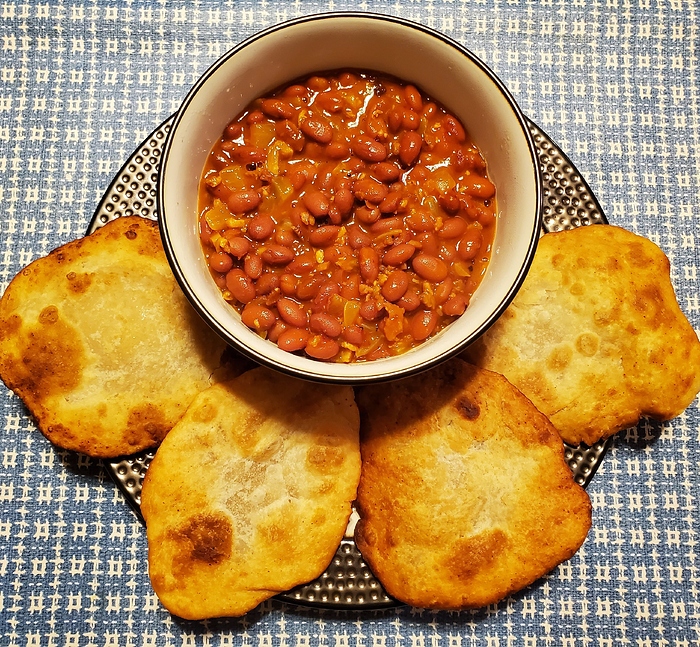 In addition, he is contributing bistec enceballado, which is extremely thin sliced beef sautéed with onions in a light tomato sauce. 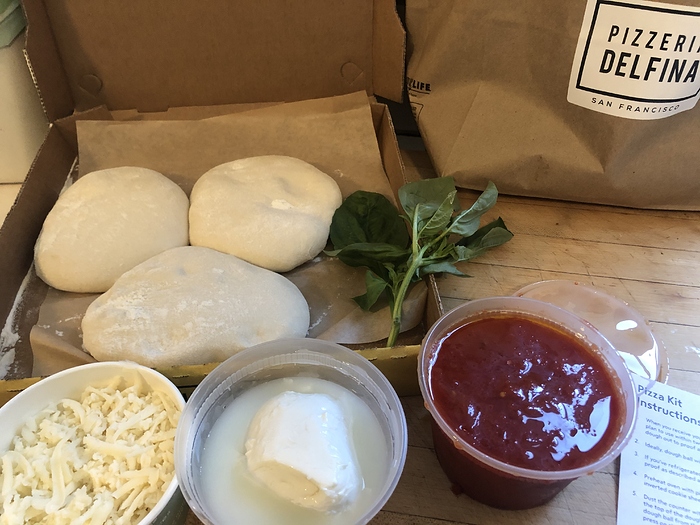 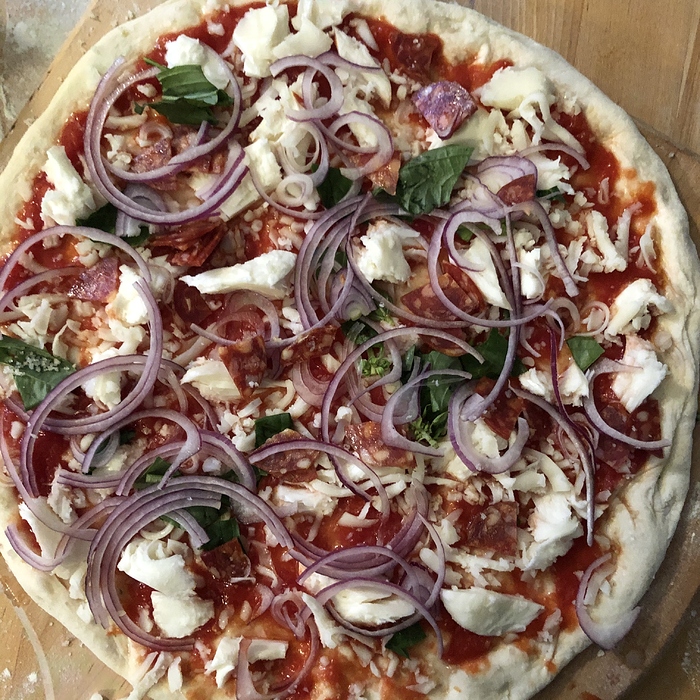 sorry these are two posts, mixed into one. Pics wouldn’t post last night.

BF made more attempts at baking with my sourdough discard - the pizzas last night and tonight a focaccia-type thing with herbs and onion to go with his leftover bean & sausage soup from a couple nights ago. Crust was still too tough, though the upper part was a bit fluffier. And again, he underseasoned (even with the herbs and onion). He’s declared he is over sourdough discard, which is fine because we’re out anyway. I just have actual sourdough starter for delicious sourdough bread. Rising in the fridge right now to bake tomorrow.

We have a lot of crust for croutons.

The soup, of course, was even better than the other night’s, and he also made a yummy, garlicky arugula/spinach salad with cillegine on the side. Which made it into my bowl of soup - even more delicious! 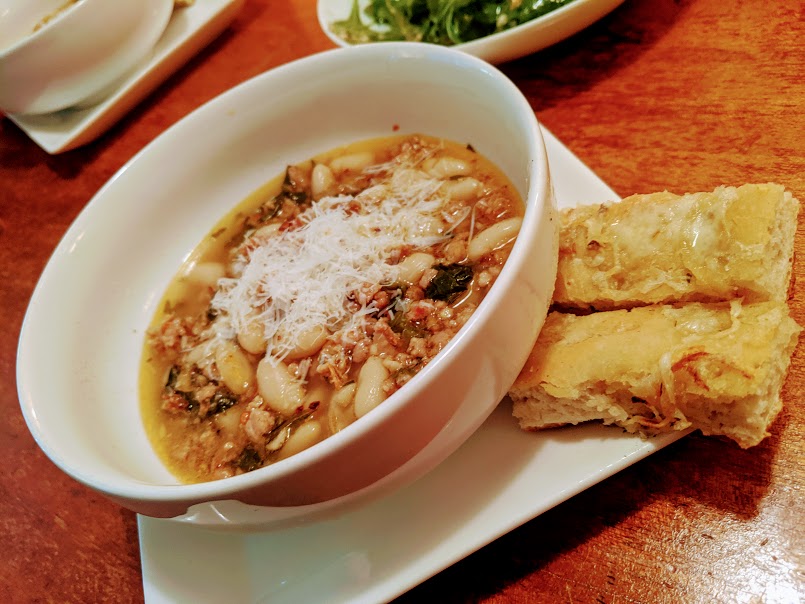 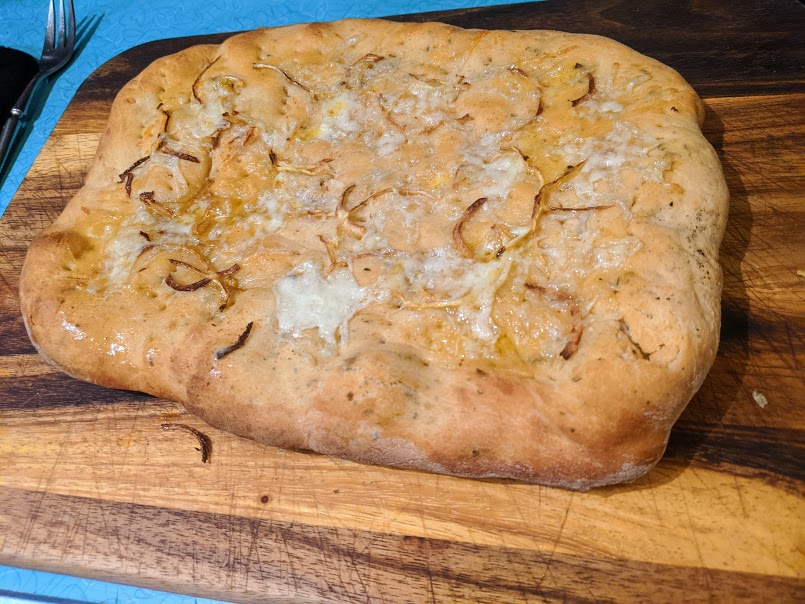 Thai-Serious Eats Thai-Style Grilled Chicken (pan seared, oven and broiler), and Vietnamese garlic noodles. Chicken was good - the marinade on the chicken had me swooning last night. The noodles would have been fantastic but i stupidly added salt to the water, which was completely unnecessary as the sauce itself is full of umami goodness: chicken bouillon powder (not dissolved in water!), granulated garlic, oyster sauce, butter, and parm cheese. lots of minced garlic, too, of course. I used bucatini, which worked perfectly for this dish. those noodles are [usually] to die for. I still ate them, of course. Big heaping mouthfuls of them.

But what should have been dinner was my newest sourdough loaf! Turned out great. I told the BF next time I bake one it will be the main dish. 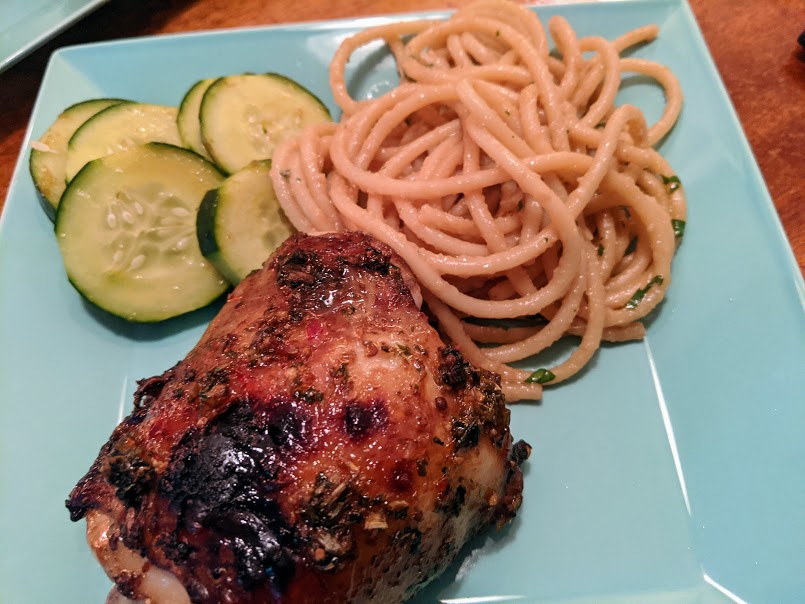 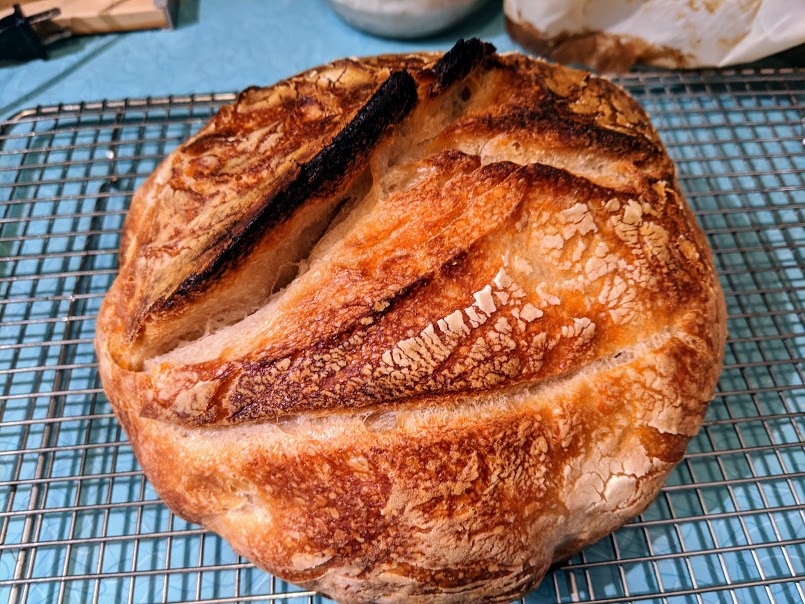 But what should have been dinner was my newest sourdough loaf! Turned out great. I told the BF next time I bake one it will be the main dish.

The photo ain’t pretty but…last week our veg box was full of spring cabbages instead of the veg variety ordered. Time to think up cabbage recipes - and suffer the gassy consequences…and so i made Jewish style cabbage rolls. There’s grated potato along with the rice for a smoother texture and there’s lemon juice or vinegar, and sugar and raisins in the sauce. They were a big hit and I should make them more often. A cup of rice, a dozen or so outer cabbage leaves, a few leftover sausages from the fridge and…dinner, then lunch, for three

We took advantage of the warm-ish day to enjoy a big night in. We ordered barbecue plate specials from a local breakfast & lunch place that we love, and kept the meals in the fridge for dinner later. Plus slices of lemon mascarpone cake for dessert.

Cocktails on our porch were our own concoctions. Dinner felt special and fun—a much-needed lift.

P.S. Sorry about the wonky orientation of the picture of the cake. The original image is oriented properly but the photo flips when I upload. 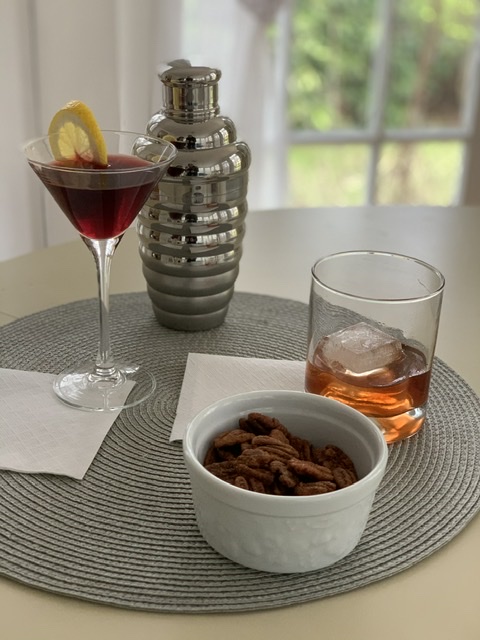 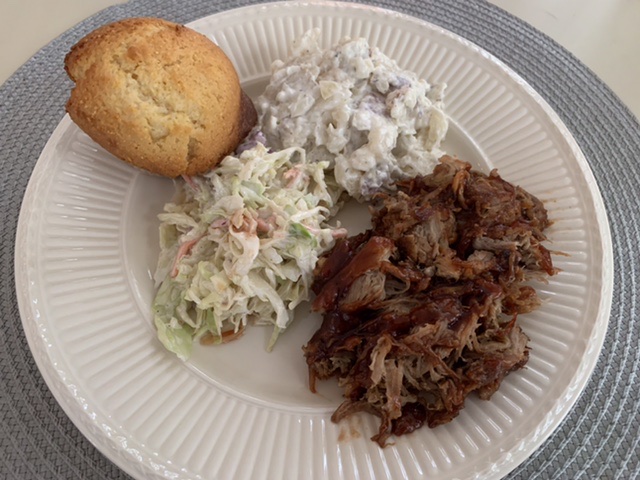 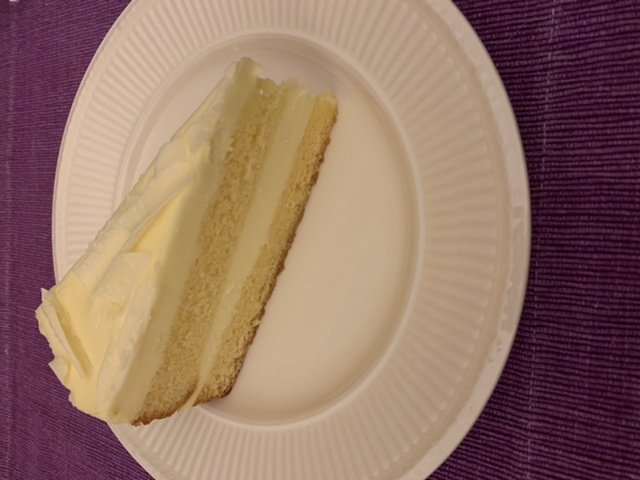 i made Jewish style cabbage rolls

Cabbage rolls were holiday food growing up. Ours didn’t have raisins, sugar, or grated potato. Plainer but still good. Food for the soul!

I’ve riffed on them by subbing ground lamb for beef and using a little harissa in the tomato-y sauce. I enjoy spicy food so I wanted a variation.

Those noodles sound insanely delicious. And well done on your sourdough!

Pizza here last night. Started on the grill until crispy arrived at just a touch under burnt. Whoops! Oven to finish. 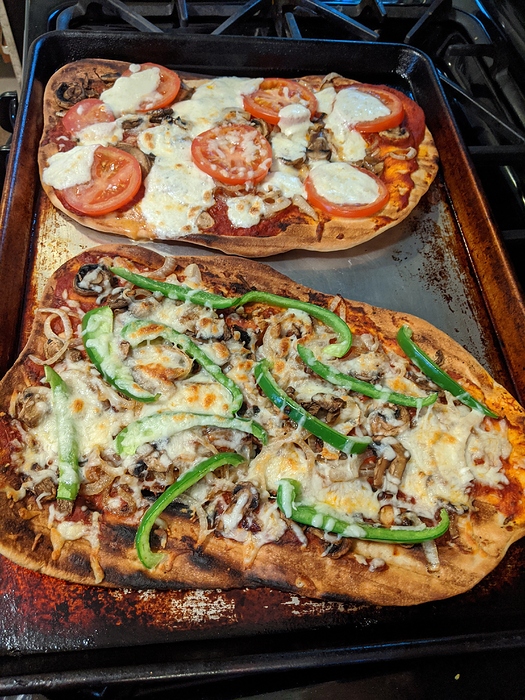 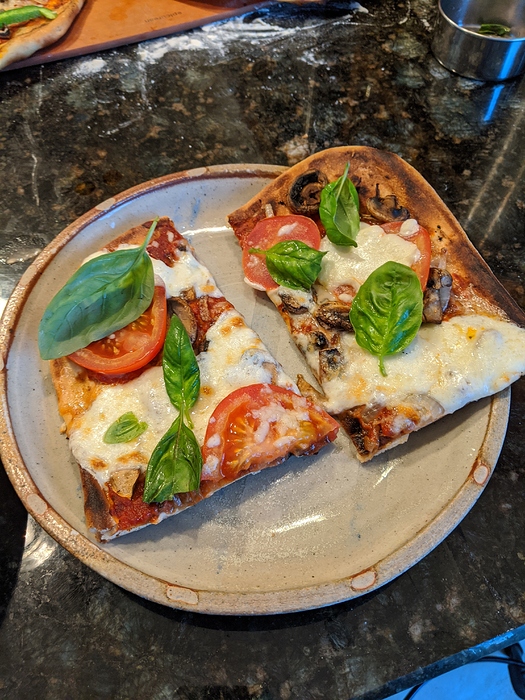 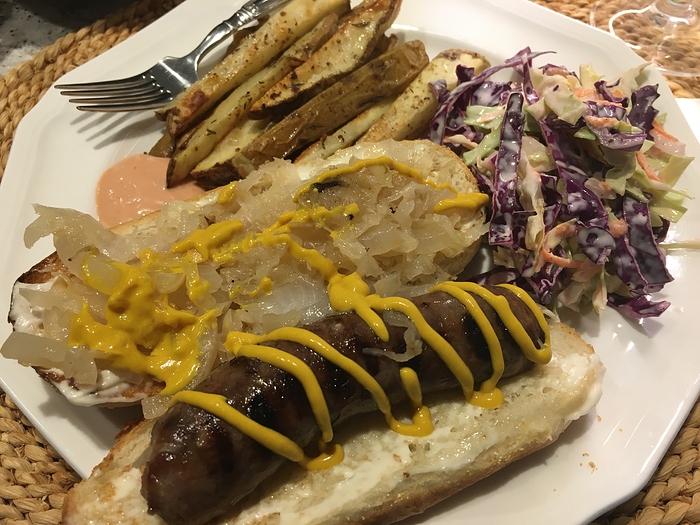 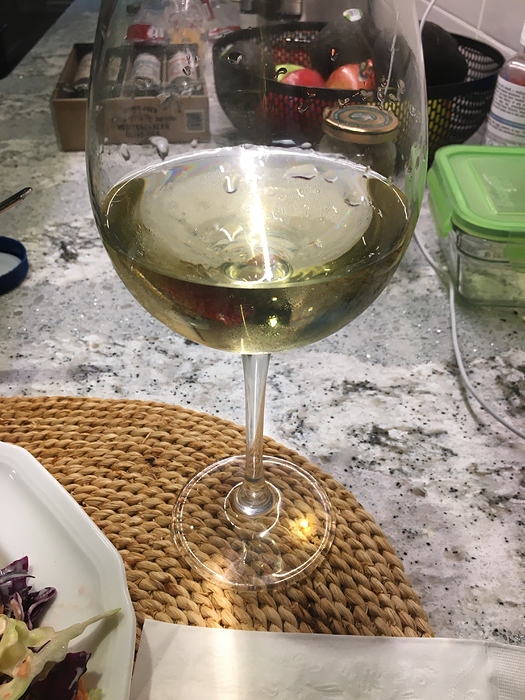 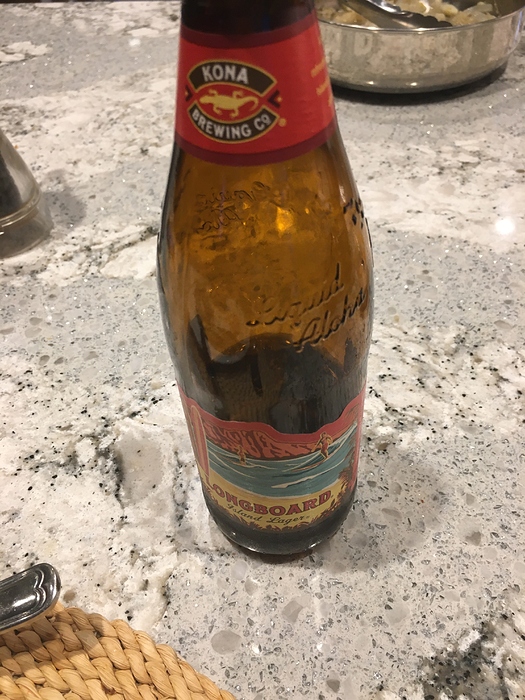 Brats for dinner. Oven fries with fry sauce, slaw, his and hers QT beverages. 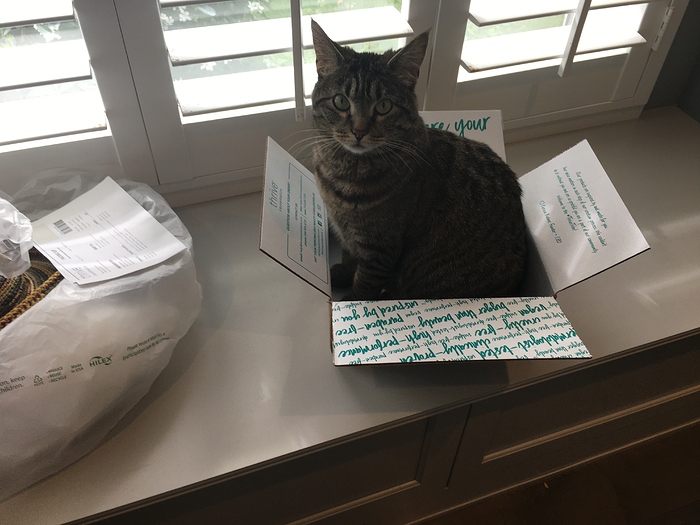 Can’t bring myself to break down the cat traps lately. Molly enjoys them a lot.