finally back in the kitchen yesterday.

Made tomato soup and grilled cheese sammies last night, after our fries brunch. Still full, so I only managed half a sandwich, they were super rich! Made with TPSTOB and new-to-me TJs cheese, a melange of white cheddar and gruyere - quite yummy. I was trying to do the Jamie Oliver grilled cheese with crown (see 2nd pic below) but I guess I didn’t use enough cheese on the pan. ah well, still nice with that lacy crust.

Soup was sweet (no sugar added, just the canned tomatoes and mirepoix) and creamy (did add some half & half). lots of basil blended in, as well as garnish, as as my sister got gifted a ton of it. Before I added the half and half to the soup, i froze a couple of batches that can be used as pasta sauce, too, as it was pretty thick.

Also made a big batch of pesto with the basil- three jars in the freezer.

Next, made the chili oil for the NYT spicy sesame noodles with peanuts for tonight’s dinner. I’ll be using ground pork instead of chicken, because pork.

And my first ever jambalaya for tomorrow night! No seafood, because BF, just chicken and andouille sausage. Made enough to freeze two additional dinners’ worth, too. 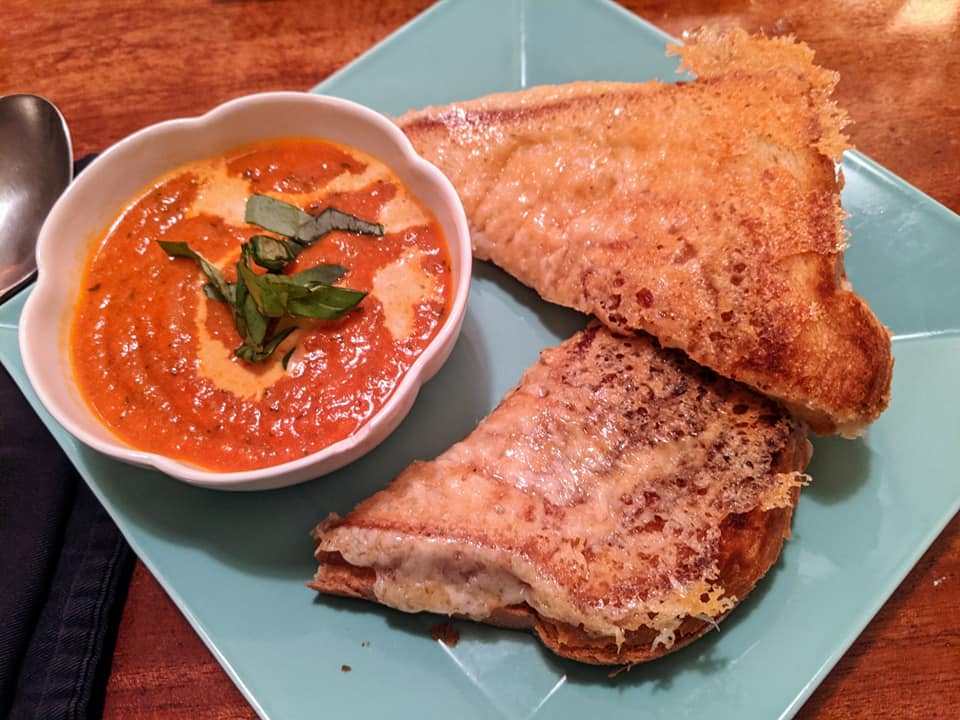 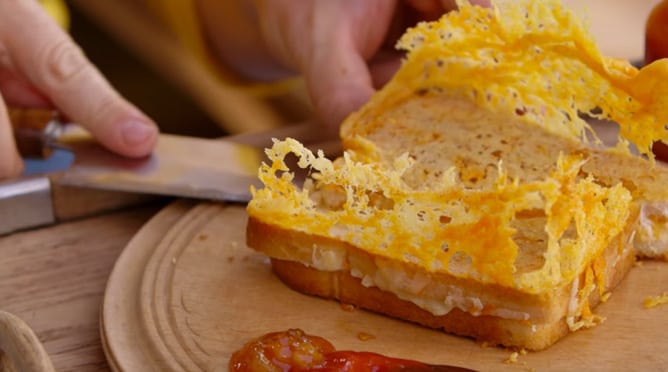 Thanks! I don’t have rice this way very often. I do enjoy it when I do have it, whether off a food cart, or at a sitdown restaurant. Not trying to recreate a particular flavor profile per se, don’t know enough about this to be particular.

I made creamy chicken stew in the IP with spinach and [kale] gnocchi. It was good. I made some changes - homemade broth first, center-cut bacon, b/s thighs, and subbed a slurry of evaporated milk+flour for the heavy cream. I added bay leaf, thyme, rosemary, red pepper flake, and granulated shallot. I used frozen kale gnocchi from TJs. You might find these interesting then - a quick chicken biryani from maunika gowardhan and a full blown version from madhur jaffrey.

I’ve been wanting to try cheung fun at home for ages, but didn’t get around to it this weekend. In theory it’s not very time consuming by way of prep, so I tried it tonight.

So I made beef cheung fun. Turned out better than I expected for this attempt!

The noodles were flexible and rolled well. But they weren’t the springy texture of the dim versions I like… I think skipping tapioca flour was the issue, I used wheat starch and corn starch. Many recipes I looked up just use rice flour and corn starch, though

The filling tastes pretty spot on for the restaurant version, but I think I underfilled them, and also didn’t get the completely pasty texture. 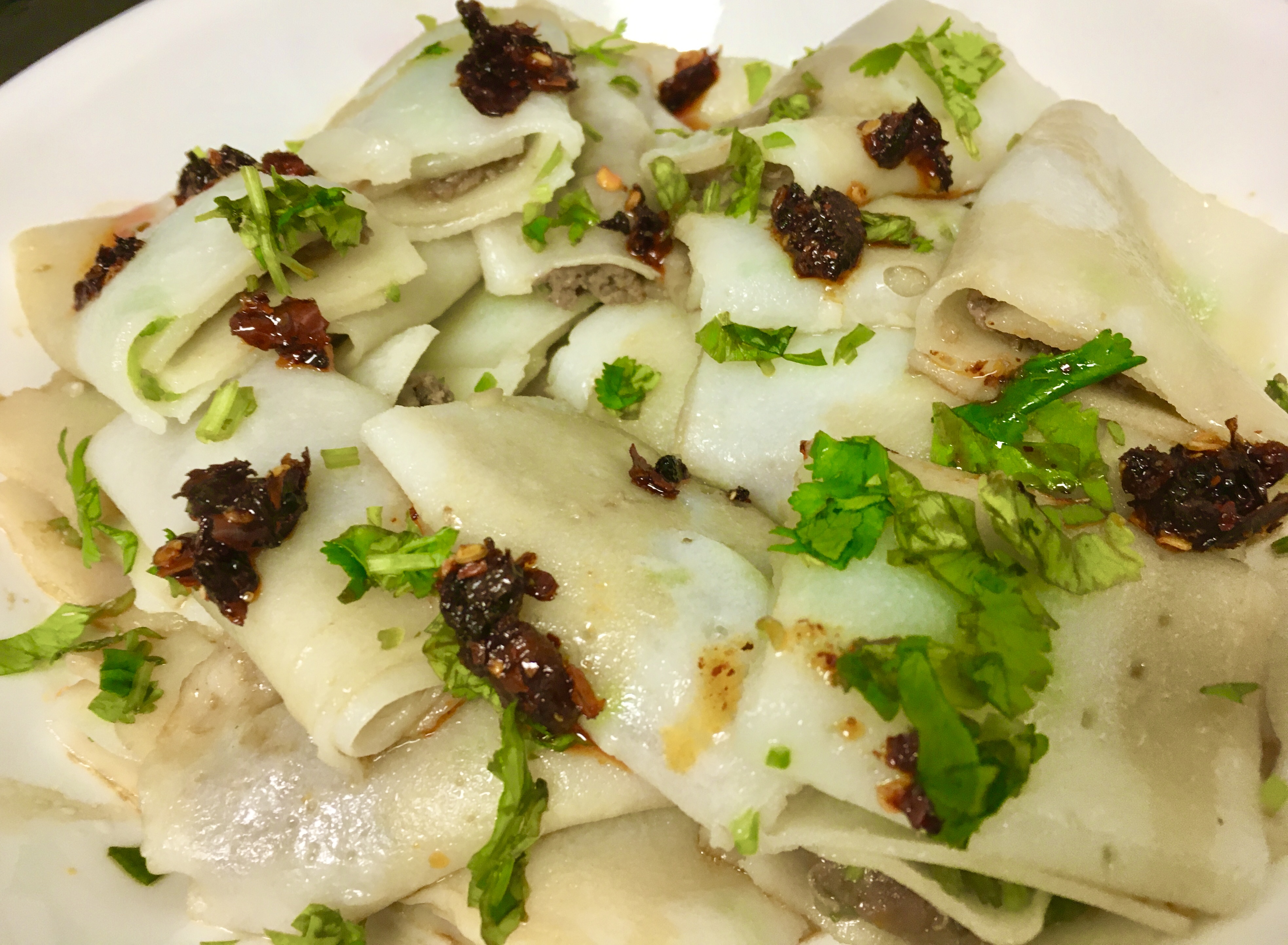 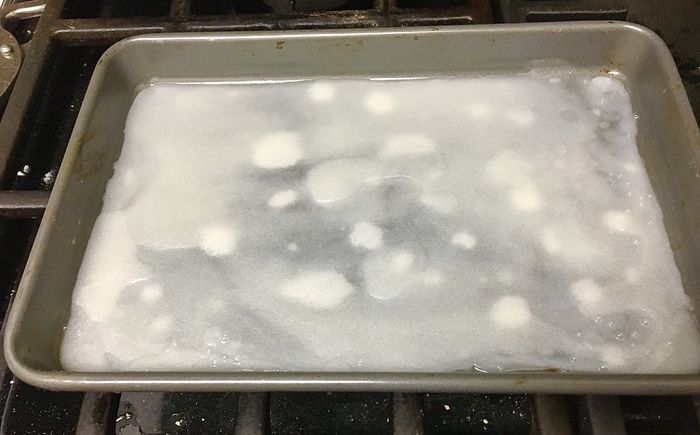 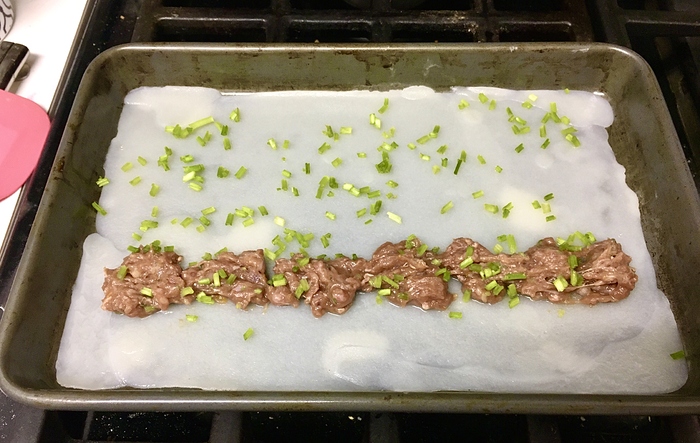 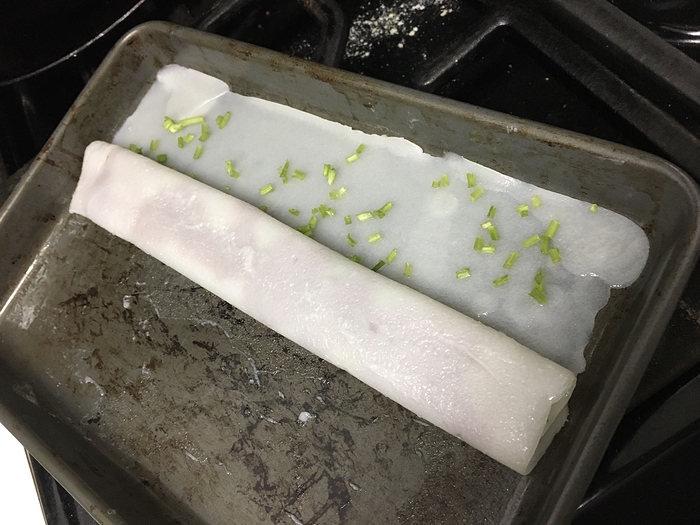 Haha - thanks, but I wouldn’t feed this attempt to anyone else

Nice to experiment, though. I’m going to get some of the other starches and try again.

@saragama, Wow! I am impressed! I will follow your lead albeit with ready to use rolled sheets from my local.

And, yes, cook for us after you feed Christina! You needn’t be so humble. That looks fabulous.

The sheets are actually pretty easy to make. It’s just that every recipe uses a different mix of starches, and I’m trying not to own every single starch my asian store sells

What’s that saying about best laid plans? I was feeling ultra together as I made dinner last night (salmon, beets, quinoa, broccoli) as I made tonight’s dinner and made 3 meals to freeze for my husband’s lunches. I did all this because I’ve been forced (kicking and screaming) from my cushy 20 min commute to an hour 10 on the best of days. I’m only going in 2 days a week. Anyway, since I had anticipated not getting home till 630 ish, prepared everything. But my kiddo woke up warm and in very odd sorts so cancelled my day and we hung out. Hopefully she (and I) are fine tomorrow! More of these meatballs I love, coconut rice, quick pickle, broccoli, copious cilantro 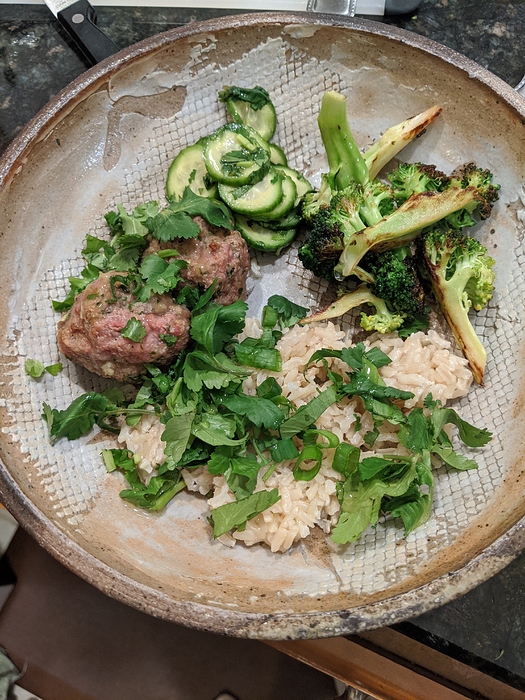 You just reminded me I have shishito that have been in the oven for 90 minutes. lol.
Thank goodness I turned the oven off.
Dinner tonight was roasted chicken quarters dusted with a goulash spice blend from Munich, braised oregano potatoes , green beans with fresh dill, green salad.
On a diet that seems to be working, so have not been posting much . Seems to help me stick with the diet.

On a diet that seems to be working, so have not been posting much .

I hear you. I dropped a half dozen pounds with the flu when food was simply repulsive. Am being careful now in hopes of making those permanent. It helps that husband is in the country so I don’t have to consider feeding others. I am really eating weird stuff and am terribly happy!

Hard boiled egg and chicken broth for breakfast. Chicken breast for lunch; blueberries with yogurt. And this kind of dinner plate. Lots of no sugar Meyer lemonade during the day

I really like the idea of a hard boiled egg and chicken broth for breakfast .

omg omg omg were these NYT Spicy Sesame Noodles delicious! We wolfed them down. I used nice fatty ground pork from a butcher in Chinatown instead of chicken. I also got some fresh, unnamed noodles from Chinatown, so not sure what they were, but they were perfect. i fried the peanuts good and dark, and I love the hint of orange peel. 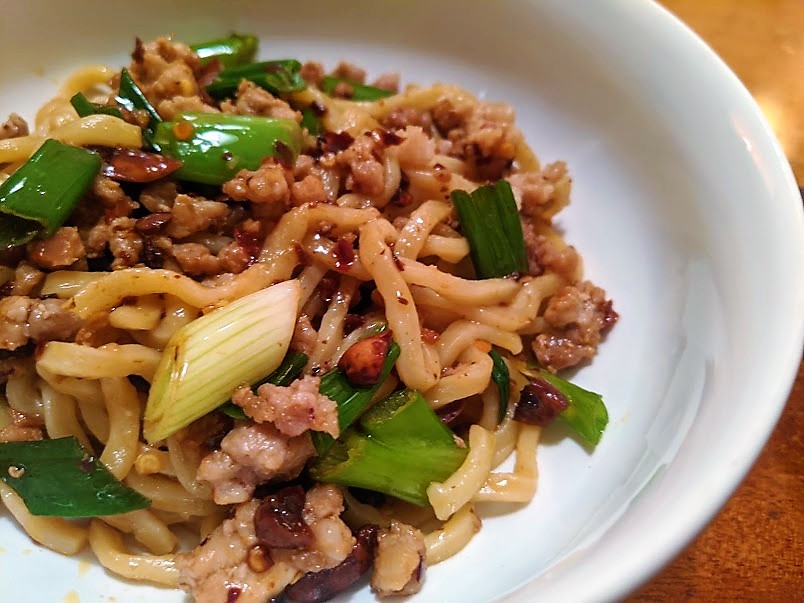 In this quick and spicy weeknight noodle dish, sizzling hot oil is poured over red-pepper flakes, orange peel, crunchy peanuts, soy sauce and sesame oil While you brown the ground chicken, the mixture sits, and the flavors become more pronounced and...

here. I changed some of the wording and added my notes: