What would you do with turkey thighs?

So I’m back home, hardly go to cook anything for Thanksgiving, and have a package of bone in, skin on turkey thighs I need to use quickly. 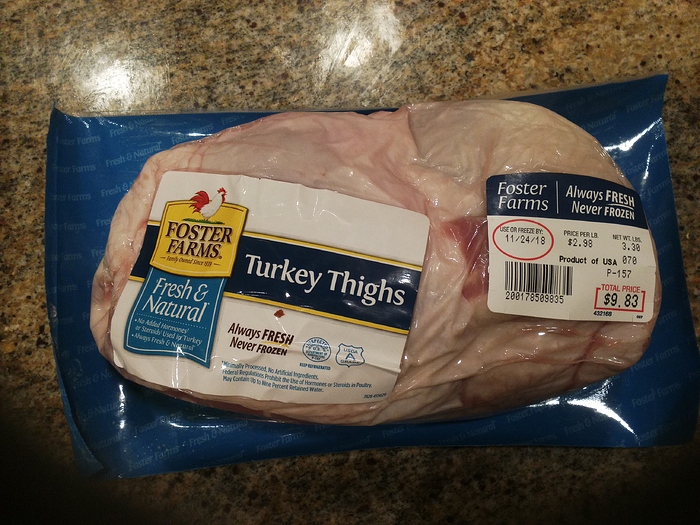 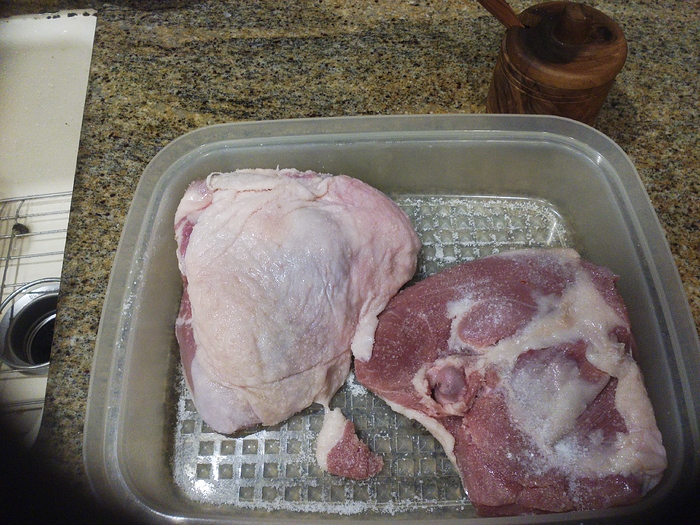 It’s not hard to find d recipes for roasting them plainly, or for dark meat turkey leftovers, but I was hoping for something a little more interesting.

Anybody have any ideas?

I sometimes make this:

Ahhh! Thank you! And I love the idea of turkey as a sub for beef in a stew-like preparation.

The comments are reminding me I have cauliflower and carrots from a CSA box delivered while we were away to use,too. 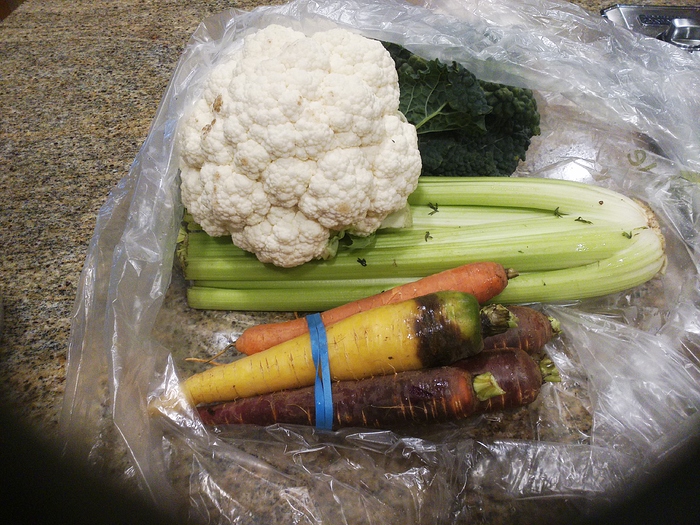 If you like spicy Indian as a dramatic change from traditional Thanksgiving flavors, chicken thighs are great as vindaloo, but if you used the turkey I guess I would remove the skin and probably the bones too. The easiest way is a third or half of a jar of Patak’s Vindaloo sauce, a bunch of chunked potatoes and onions, and add stock and tomato paste or crushed tomatoes to get a good sauce consistency. Works fine as a crockpot dish too. Your cauliflower and carrots wouldn’t go amiss here either.

I just watched an episode of “The Last Table” with vegetarian “butter chicken”.

I love spicy Indian, and would definitely like cauliflower in place of potatoes, if that would work.

I’d go Moroccan. This recipe looks pretty close to how I’d make it. Obviously need to adjust the cooking time give the size of the turkey thighs. 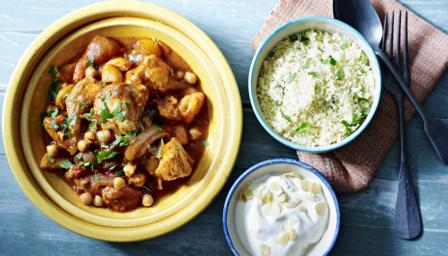 Invite a crowd round for a memorable chicken tagine recipe that lights up the dinner table.

You could also use up the cauliflower and carrots by seasoning with salt and crushed coriander and cumin seeds and roasting in the oven. Or just roast the carrots and make couscous out of the cauliflower. I think both would work as sides.

Yay! I am on a Moroccan tear! Do you think that recipe is for bone in skin on poultry?

Here’s one from NYT including preserved lemons, which I need to use too. Almost time to make another batch.

The recipe calls for thighs, wing and breast (all boneless). A bit odd as I’d think the breast would become overcooked. I always use bone in chicken thighs but the apart from that the ingredients are pretty close to those I use. Cooking time is 1 hour for the recipe , I’d say at least 1.5 hours for a bone in turkey thigh, maybe 2.

I usually make stuffed sous vide turkey thighs for Thanksgiving - I didn’t get around to them this year, but they are a house favorite. I take out the bones and butterfly any thick parts of the meat, then fill with a mixture of kale, walnuts, prunes, herbs and gruyere (you could use literally anything to stuff them, this is just something I came up with that we like), roll, tie and drop in a sous vide bath for a few hours at 165. Remove and brown in a skillet to crisp the skin, slice and serve. You can even make a gravy from the bag juices. I’m not much of a turkey fan but these really are good.

Either that or turkey paprikas.

Here is my recipe - it’s been a while. Should adapt to thighs just fine.

This tastes best if you give it a few hours for the flavors to meld.

Thanks all! Doing the tagine…sort of. 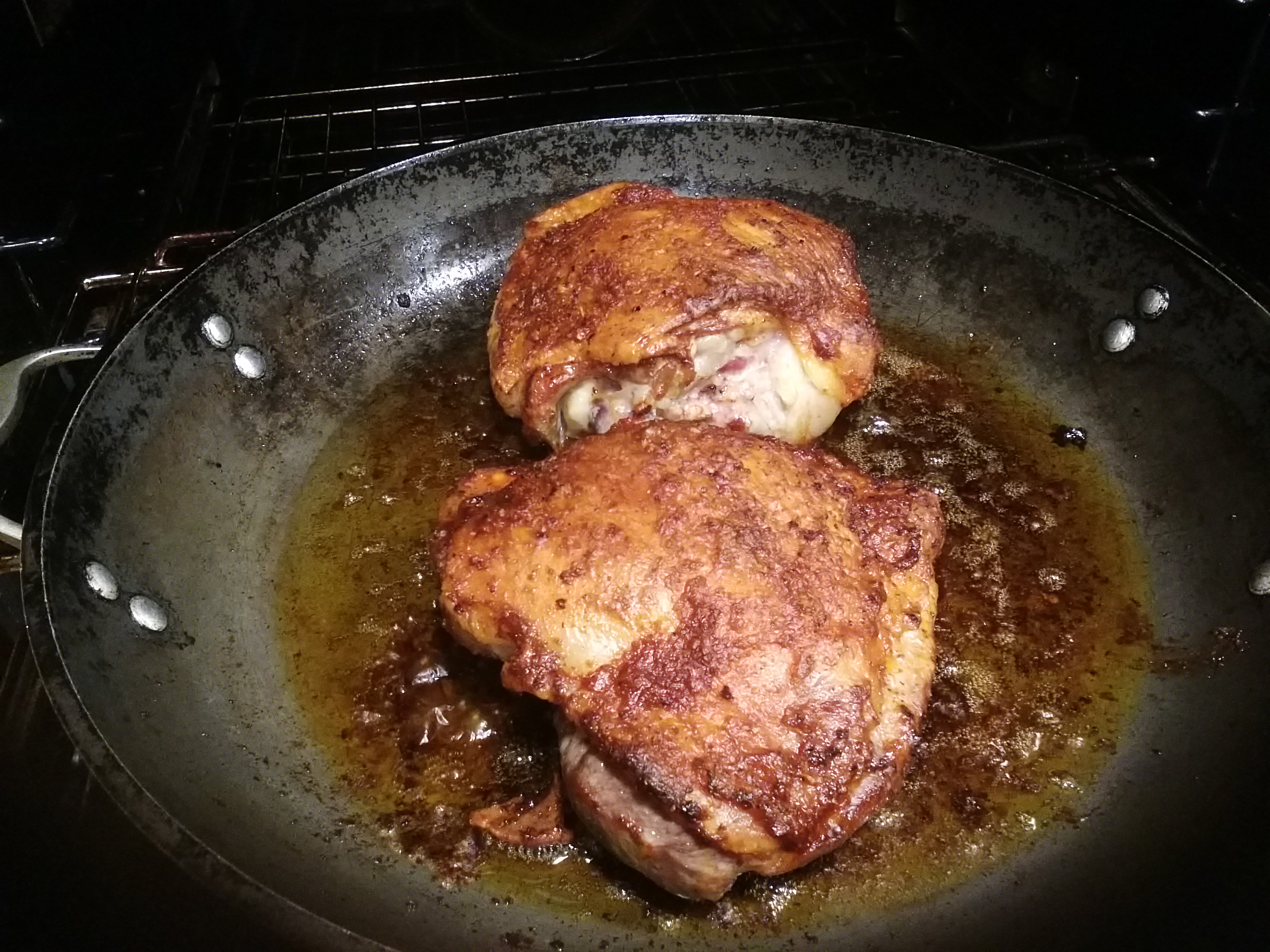 Salted the thighs last night, dried and pan seared a few hours ago, rubbed the other side with harrisa paste while searing, then added harrisa paste to the skin side and continued to roast. Plan to finish as a Moraccan tagine, but not sure how .
I think I will have to take most or all meat off the bone.

I’ve had a few versions that people made with emeril’s recipes…folks unlike me that strictly follow recipes. I must say they were pretty decent. He has a few different turkey/sausage combo recipes that I thought were tasty. I was going to vote on chili too but those pan thighs posted above look good.

I just did a madhur jaffrey chicken curry recipe with turkey thigh meat - anything indian is game.

Though I loved this recipe for chicken roasted with smoked paprika (I use more smoked than sweet, and broil at the end to crisp the skin):

“anything indian is game.” 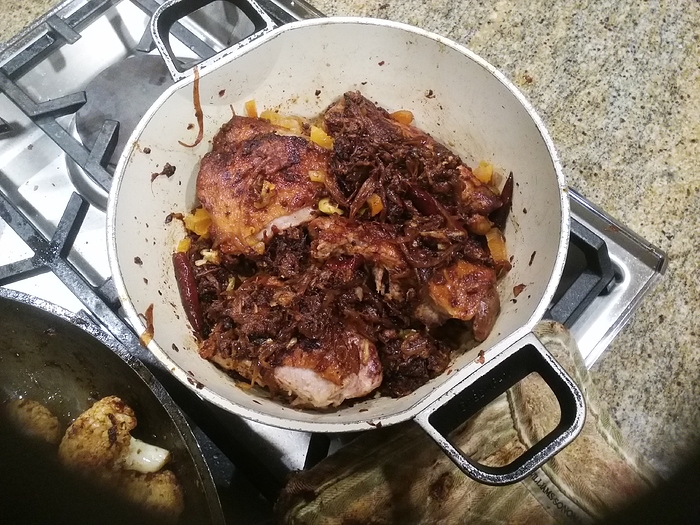 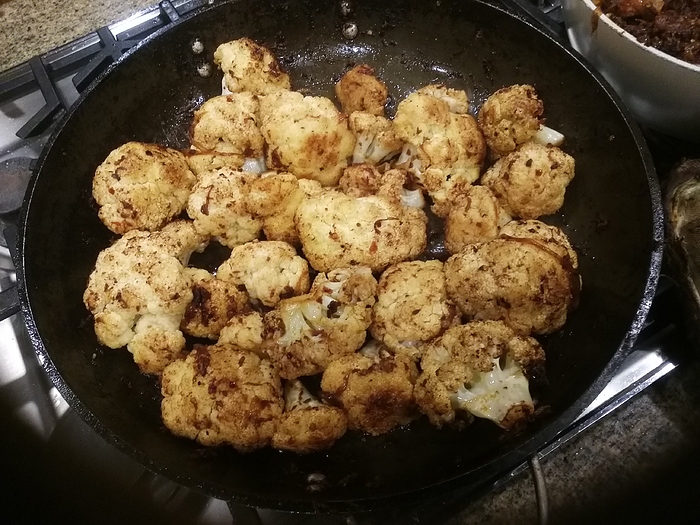 Looks good! How did you prepare that cauliflower?

So are you a shrink or is that a keen name? Lol

I AM a shrink! A kid shrink. AND it’s a keen name. Wish I could get folks to believe in food as much or instead. !

Cut up using techniques you guys shared over the last few weeks, seasoned and roasted with a spray of canola while waiting for answers on the turkey thighs, then pan roasted while I waited some more!

I’m not helpful for the turkey, but this celery salad is something you’ll look forward to eating (!) i have made it with an entire small bunch of celery and slightly upped the other ingredients. And i swapped in some capers instead of the parm but it’s probably better with parm. Fine in the fridge for a day
https://www.bonappetit.com/recipe/celery-salad-with-dates-almonds-and-parmesan?intcid=inline_amp&_gl=1ktabzu_ga*YW1wLUszc2gxWUdSWEc0NEdEMlBjbzdHWGkzcnNOY3E3d3UtclZWcXFWSG9LeG03Ny12SkhGMlZONzM0clJONEJjTDE.

Although kombu celery is totally genius, and very different way to use it. For me one recipe = one serving 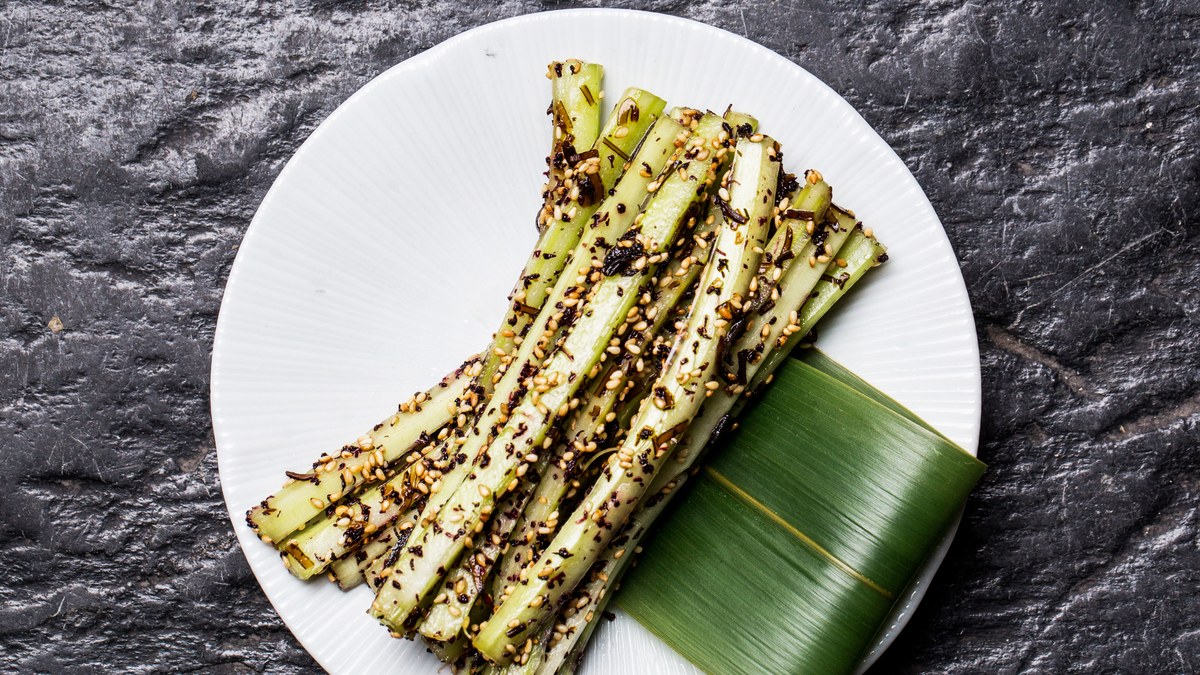 The crunchy, salty, sesame-drenched celery sticks at Bar Goto in New York are so good, you’ll forget they’re made from vegetables.

Ps…I don’t eat cauliflower really but a little while ago I had some great buffalo cauli. It was deep fried, doust in hot sauce and served with some nice blue cheese and celery. If you want a fat guy to eat this veggie, this might be the route to take!

That is a really cool handle! I like that name.

I like reading about your cooking experiments and seeing the pics