What are you baking? December 2022

December is a big baking month, let’s bake and post!

Yesterday, I saw a youtube video where this individual added cooked rice to a bread dough and made this “rice bread”. I had never heard of this, but was intrigued. So, I re-watched the video took some notes and tried it. Yummy Good!!

Interesting! Possible to have the link to the video? Dan Lepard and Peter Reinhart have a few breads with cooked rice in them. This white bread in particular from Lepard is very nice: 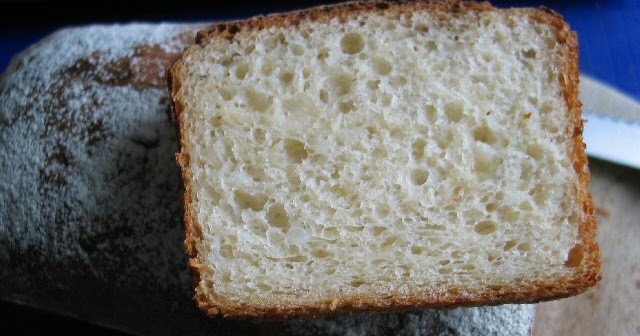 Recipe Source:The Handmade Loaf by Dan Lepard Left-over rice, even if it's over-cooked but with the grains still separate, can be mixe...

I posted about this in the thread about doughs and desserts that aren’t baked and I absolutely loved it. This is a true rice bread in that it’s made with only rice flour. The very crispy crust tastes like concon aka crispy rice at the bottom of the pot, but it’s yeasty: Thanks! I need to try, baked and not baked.

Here you go… Personally, I really like this “rice bread” and will definitely make it again!! 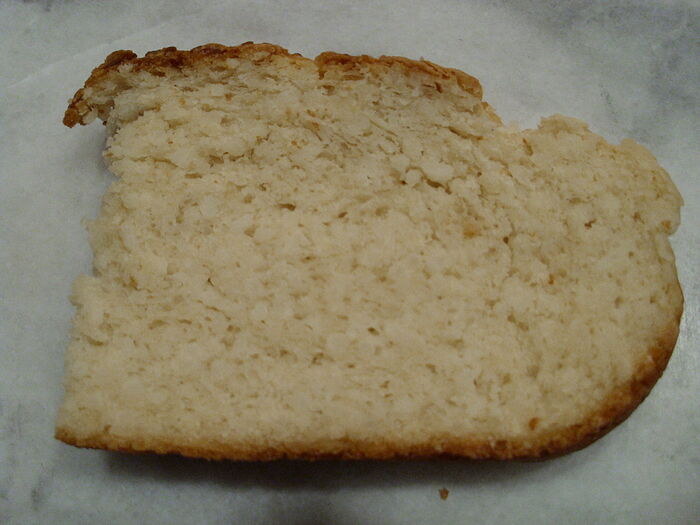 Tried out a batch of the chocolate mayo cake from Bouchon and it’s… fine. It’s not bad, but not great. Using a sheet cake the layers are very, very thin, which is not what I’m looking for. I appreciate that it’s not too sweet, but it’s just ok and I would not make it again.

Someone asked me to make a layer cake and I die a little inside every time someone wants a layer cake from me. I like entremets and similar cakes (like the mousse cake I made), but I just don’t like making layer cakes. I don’t enjoy frosting cakes. I do it once in a while when I get a craving and have a specific one in mind. But big frosted affair is just among my least favorite things to bake. And also I know that here it’s the practice to make one type of cake so you just ask what filling you want, but that’s not how I go about it. I make cakes when I have an idea of what I want the flavors to be.

So he asked for dulce de leche with chocolate (he knows he can’t get as good a chocolate cake in this town as the ones I make and he’s a chocolate lover). I’ve mentioned I’m not a huge fan of dulce de leche. Truthfully I know I could have used any filling, like caramel (which I do like) and he’d be fine with it, but I decided to try to stick to what he asked. This is another issue. I then have to decide how I want to go about it. It could be a whipped cream cake, or it could be a buttercream one, or just straight dulce de leche as is done here. This aspect alone is stressful because if I have a particular idea and I’m ultimately unsatisfied with it, it’s just for me to pick it apart. Decided on dulce de leche filling as is and topped with dulce ganache, sides bare (again he doesn’t care about this part one way or another). But of course once I made and trimmed my layers, I’m unsatisfied tasting the combo of cake with dulce de leche. It’s just so sweet, and I personally find the two things dissonant, with straight dulce de leche being a better match for vanilla. I just really like making cakes that I’ve made and been thoroughly satisfied with in every aspect. In theory nothing tastes bad. The cake is good, the dulce de leche is FINE and good if you like that sort of thing, and the ganache is also good. But I’m unsatisfied

I end up whipping some butter and adding dulce de leche to it and that to me is much better. Still ultimately it gets to a point where I’m unsure if anything tastes good once I’ve sampled it a bunch of times. Even the things that initially tasted good to you will have you second-guessing.

. I know when you’re somewhere where the layered and frosted cake is king it’s hard to get people to think beyond that, but I just really want to make other things.

I could use some advice.

I need to bake in advance, and travel with, a festive cake for a party later in the month. I’ve already made a million Bundt pound cakes (the ultimate sturdy party cake) so I want to make something different. Perhaps a chocolate torte that I could transport and store overnight at room temp, then gussy up the day of the party…

I’ve used this recipe in the past, but don’t love the texture of the pistachios in the cake. Yes, I could just leave them out, but I thought I’d ask here: do you have a chocolate torte recipe you love?

Chestnut Chocolate Torte from “Cocolat”. You can serve it dusted with icing sugar or glazed with chocolate and butter. This is one I made last year (bad job glazing). Or you could make a Queen of Sheba Cake, also from Cocolat.

Not sure how much this counts as baking, but I overdid my tomato BOGO purchases and really needed to use a bunch up at once, and on the package of the Campari tomatoes was a small pic of some cute looking tomato pie or tart or whatever it’s called. Galette I guess is the right name. I was getting set to make a small batch of pasta sauce but the wife said, “No, here, make this thingie”.

I went to their website (sunsetgrown) and skimmed through their recipes until I found it. It wasn’t quite what I had in mind so I skimmed some other recipes, added bits from here and there and from an old breakfast pizza recipe. 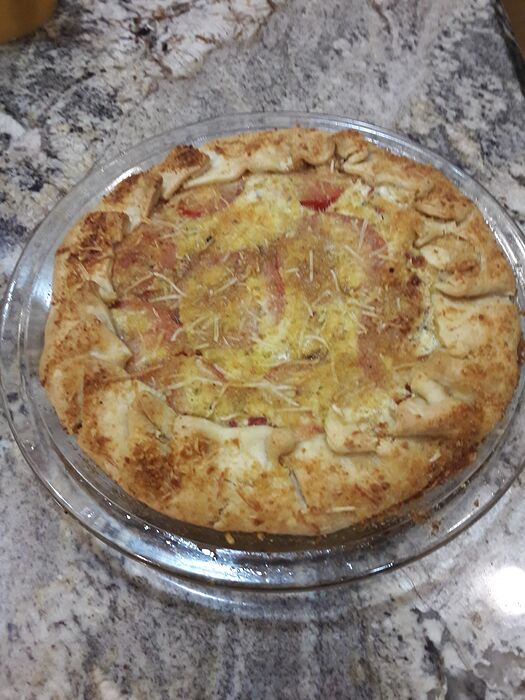 The layers are a ricotta mixture on the bottom of the pie dough (whisked together cheese, S&P, olive oil, dry oregano & basil), bread crumb & shredded parm, sliced Campari tomatoes, more ricotta mix, sliced Campari and Roma tomatoes (for something a little less sweet), a Campari tomato & garlic confit*, then more bread crumb/parm covering the top. S&P sprinkled on each of the tomato layers only, because the other components already had salt.

It was really tasty. I’d made it to be a side but this could easily be a lighter main dish paired with some kind of salad.

Oh, here’s the photo on the Sunset package, which is what started me off. 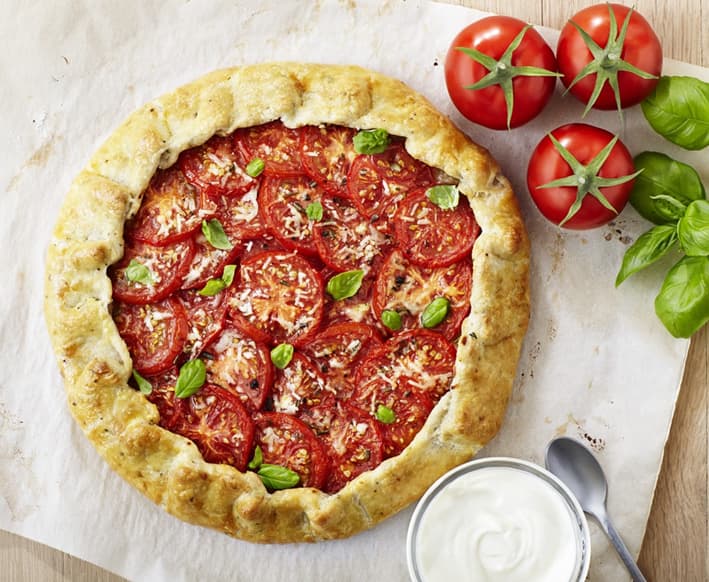 [*] I kept the olive oil from the confit when I drained it and drizzled it on my omelette this morning and it kicked up the flavor nicely.

I’d probably go for a Dobos torte if I wanted a party cake. It needs initial refrigeration to set, but can be left out at room temp without issue provided you have normal (non-tropical) room temp and that’s how you want to serve it. It looks impressive and tastes good!

RLB has a Jancsi torta in Heavenly Cakes that looks delicious, though I am not sure it’s as festive as you might like.
There’s also a pecan torte with coffee cream that I’m dying to make.

Pie crust pizza! Looks delicious… but I would have sub’d Moz for the Ricotta.