Mod: you may move this to where it fits best. Thanks.

Oh yes, we do. Let us see/hear about what cheese you have tried recently.

I shall add more photos later, but here are some of my favourites: (notice I like only very old or very young cheese?!) Currently in the fridge - a West Country Farmhouse Cheddar and Blackstick’s (a blue Lancashire - made some 45 miles away from where I’m typing this).

I think Blacksticks is up there in my top 3 cheeses. Yum.

Currently I have a large wedge of Parmesan, but nothing else at the moment. Must really think about doing some shopping today. 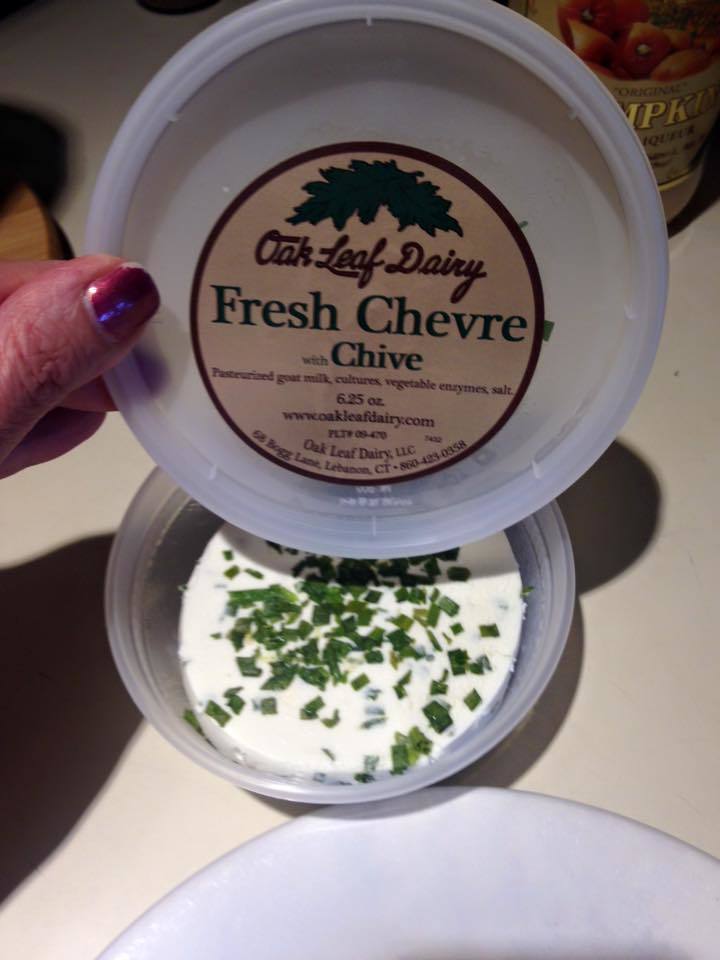 Whilst Harters was eating his almost local cheese I had Spanish goat’s and sheep’s milk cheese. From Lidl! I love their Spanish week.

Nice but not strong enough for me. (I like my cheese “amromatic”) 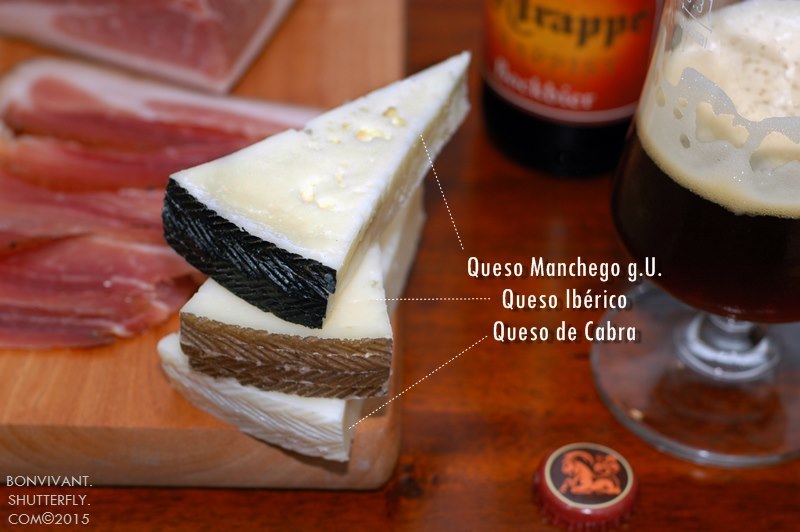 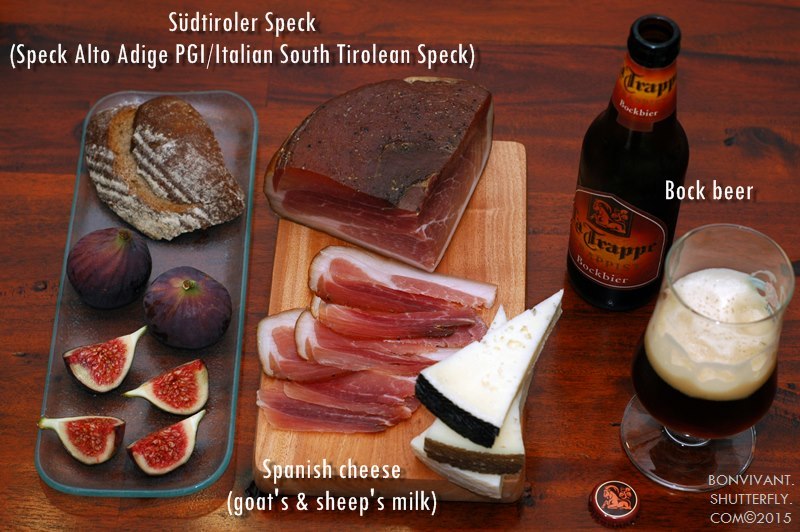 I did manage to find some cheese in Sheffield (Moor market) and in Bakewell.

I did manage to find some cheese in Sheffield (Moor market) and in Bakewell.

Ah, all this getting to know new usernames. I remembered you saying on the “other place” that you were going to Sheffield.

Was it farmers market weekend when you in Bakewell - there’s a couple of decent cheese sellers there (or were when I last went about six months back)?

Yes, this is Iberico swine.

Unfortunately, it was not a farmers market day when I was in Bakewell. There’s a cheese stall at Moor market in Sheffield where I picked up a few to bring home. The cheese situation in Sheffield is close to dire. A couple of pubs which have a cheese board but offer only Italian cheese!

They felt sorry for me!

there is (was?) a butcher shop on the high market square in Buxton that sells excellent local Cheshire (as well as pastured pork and beef.) A Google map search says it’s Mycock and Sons.

My favourite Cheshire is Bourne’s. Mr & Mrs Bourne sell at my local farmers market at Ashton under Lyne, as well as a number of markets in Cheshire. It’s usually available at the Cheese Shop in Chester (possibly the best cheese shop in the country outside of London or, perhaps, just the best). They used to sell at Borough Market in London but not sure if they still do (it’s a schlep just to flog a bit of cheese).

My most recent finds… Lamb Chopper by Cypress Grove. My new favorite cheddar, Barbers 1833 Vintage Cheddar. And, Crater Lake by Rogue Creamery. Who also produce my favorite of all cheeses, Oregonzola. A blue not to be missed.

I love stinky washed rind cheeses best of all, I think, but always have fresh mozzarella, burrata, celigine in my fridge in some shape or form, too.

Right now I’m working on using up Comte gruyere, Black Diamond cheddar from Canada, and some logs of goat cheese, which will probably end up in medallions atop a salad and covered with warm, grilled chicken breast slices.

Last year, in season, I had my first taste of perfectly ripened Zimbro, and it was the loveliest thing… http://www.murrayscheese.com/zimbro.html#

there is (was?) a butcher shop on the high market square in Buxton that sells excellent local Cheshire (as well as pastured pork and beef.) A Google map search says it’s Mycock and Sons.

I know. Buxton is just a bit farther up the road. Sadly I had to be in Bakewell and relied on a public bus to get back to Sheffield the same day.

On the other hand, I have good access to beer made by a microbrewery in Buxton.

My favourite Cheshire is Bourne’s. Mr & Mrs Bourne sell at my local farmers market at Ashton under Lyne, as well as a number of markets in Cheshire. It’s usually available at the Cheese Shop in Chester (possibly the best cheese shop in the country outside of London or, perhaps, just the best).

Oi, I had Doncaster in mind for my future UK trip (I follow the -cask-beer map). Now you mention the best cheese shop in Chester. I think it’s doable.

oh yes – I stumbled across the Cheese Shop in Chester years ago while on a business trip (read: no refrigeration, and days til I would hed home). After a cancelled afternoon meeting, my colleague said I needed to see Chester, and we walked past the shop on our way to walking on the old walls. I nearly wept at the place – the tags on the cheeses have not only the type of cheese and a brief description, but the first and last names of the local producers. I wanted to just buy the whole place so I wouldn’t have to leave it behind.

Sounds lovely! Every time I’m in a good cheese* shop I just want to weep. Tears of joy, and sadness that I can’t take all of it home with me.

Barbers is a good West Country Farmhouse Cheddar. If you like that, keep an eye open for Keen’s, Quicke’s or Montgomery. I’d rank Barbers at #3 or #4 behind Montgomery and Keen and, possibly, Quicke.

Harters,
Thanks for recommendations. There’s only 1 local cheese shop in my remote part of the world (coastal NC)

so I’m usually limited to what they choose to carry. Luckily, igourmet sells all 3, and are presently out of 2, so that must mean they’re popular. Keen’s looks very interesting. I’ve never seen a cheddar with that much color to it. Reviews seem to be either a “love it or hate it” just too funky for some. Just how funky is it? TIA

Both Keen’s and Montgomery are full flavoured mature beasts. Streets ahead of any others, in my view. Quicke’s not so much but a good supermarket cheddar. There’s a specialist cheesemonger 5 minutes drive away from me. If they don’t have one of these two, then I’m not buying cheddar.

There’s a specialist cheesemonger 5 minutes drive away from me.

Only to be where you are…

Why do I like (French) cheese so much?! It must be the casomorphins.

Cheese endorphins (I mean casomorphins) are kicking in right about now… 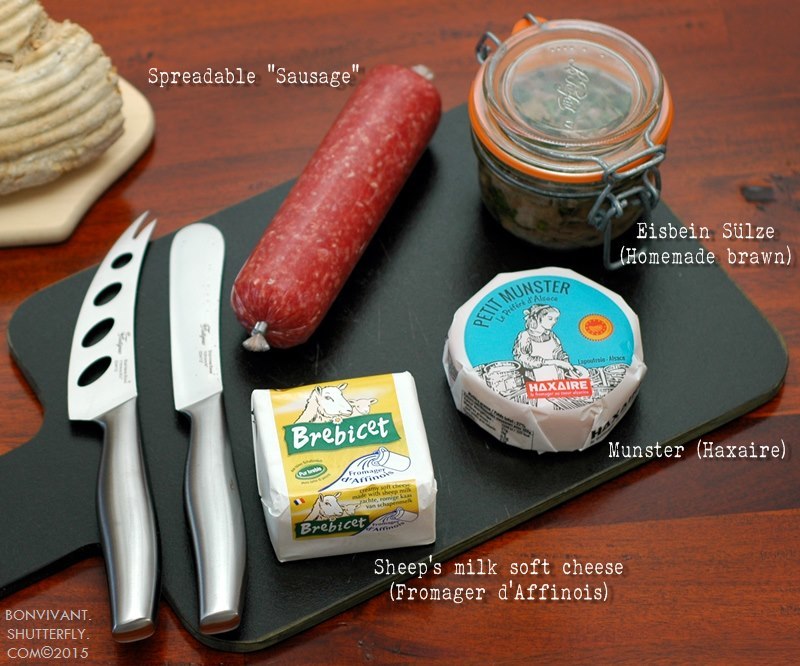 I recently spent a few weeks in Sancerre. OMG, the really aged Crottin de Chavignal was a revelation. 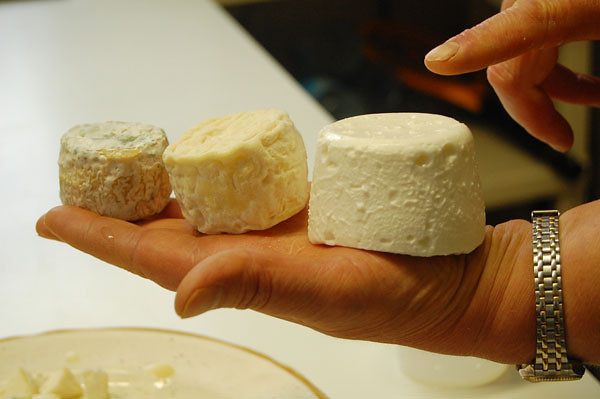