I recently spent a few weeks in Sancerre. OMG, the really aged Crottin de Chavignal was a revelation.

Am drooling here! I’ve had the other 2 in the many times, just no the young one. Have to go to the source for that. Someday.

I picked up a hunk of this seven sisters cheese from doe run farm here in chester county earlier this week it is pure wonderful and very versitle great for eating and cooking
http://cheeseandchampagne.com/2012/03/13/doe-run-dairys-seven-sisters-pennsylvania/

I have never had Coulommiers til now. Smells wonderful. Would like to try the unpasturised milk version if I can find it. 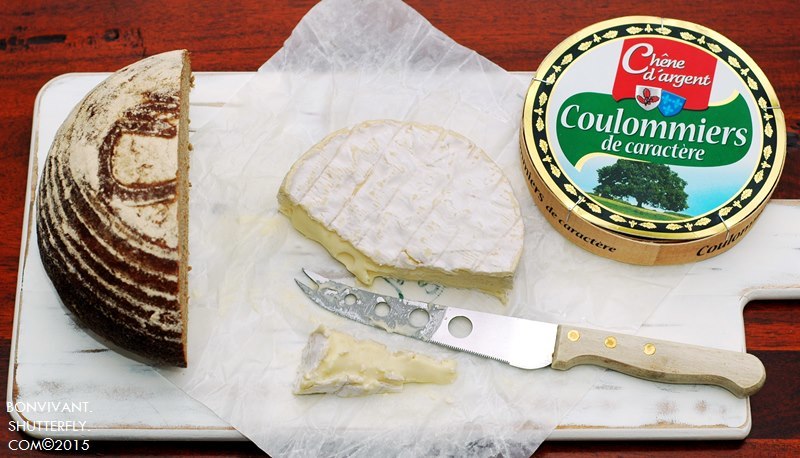 The less popular cousin of Brie 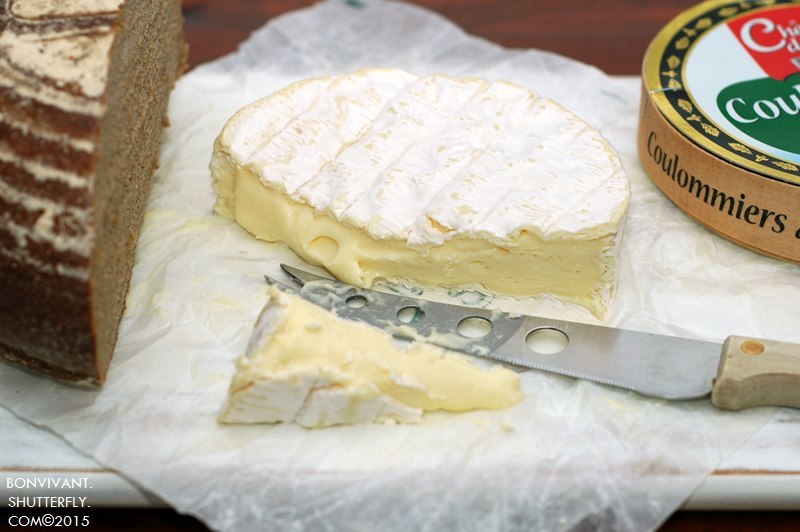 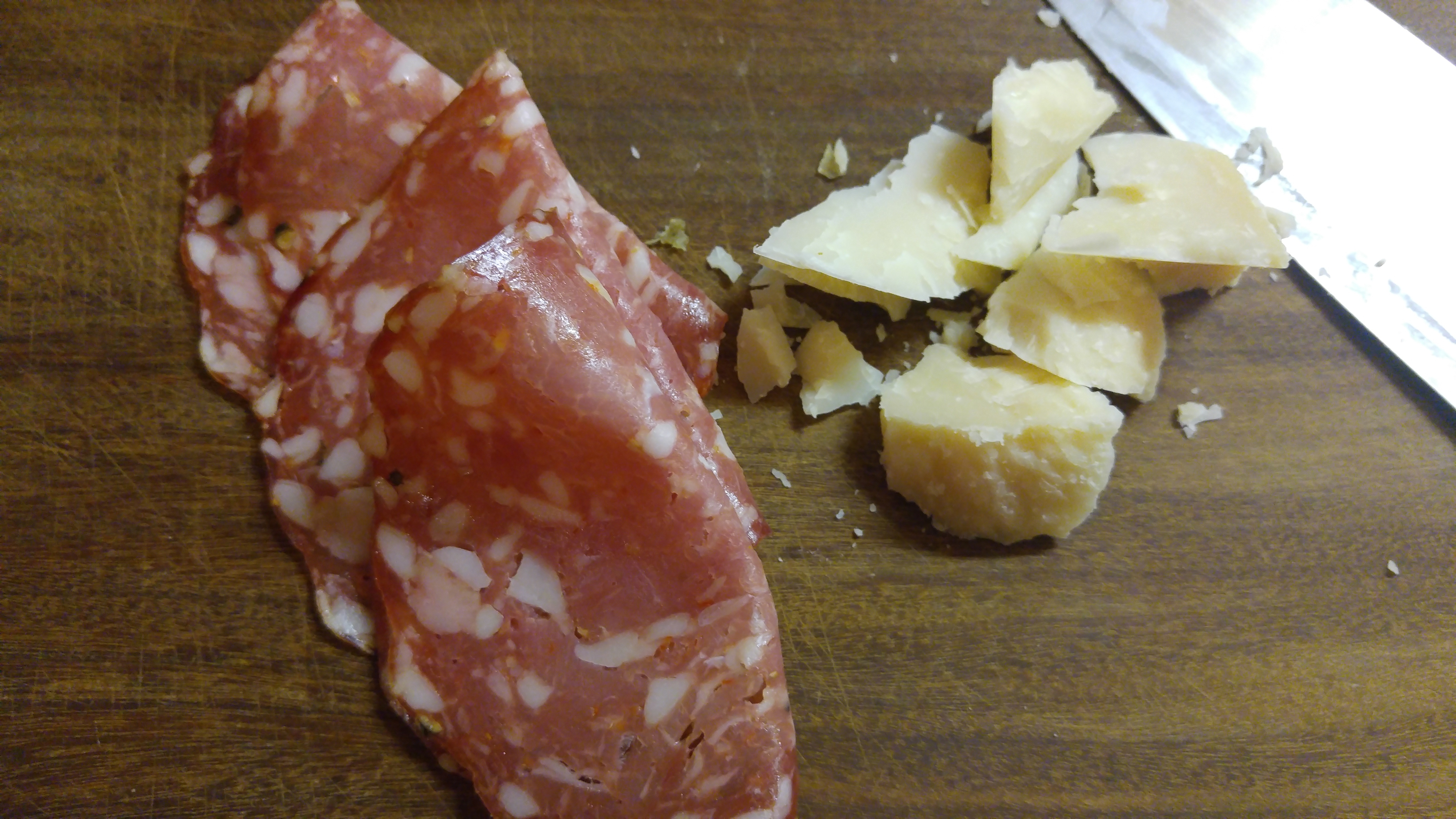 @Presunto – ah, not only is that not a raw-milk version, it’s a store brand for Lidl that’s not made in the Seine-et-Marne. You’re right in your supposition that the real thing is even better – it really is!

It’s not so much that it’s less popular, it’s that the region for producing Coulommiers is smaller than it is for Brie (which is itself split into Brie de Meaux and Brie de Melun for AOCs, then non-protected Brie de Nangis, Brie de Provins, Brie de Montereau, plus brie noir, and some hybrids like bleu Bries.) Coulommiers is pretty commonly held as a subset of Brie (Coulommiers lies just to the east of a line between Meaux and Melun)

Fromages.com carries one that’s at least made in the right area – and if you’re ever in the region, Coulommiers is a pleasant little town with some interesting things to see and do, including a very large marche. (It’s kind of in the middle of nowhere, though, nestled into the hills of one of the big farming regions of France.) I actually used to work in Coulommiers one day a week when we lived near Paris.

Hope you find it!

Would like to try the unpasturised milk version if I can find it.

It is so frustrating for me that raw milk soft cheese is illegal in the the US. The FDA has the nerve to list proceesed cheeses as safe and unpasteurized brie as dangerous. I need to find the raw cheese underground.
http://www.fda.gov/Food/ResourcesForYou/Consumers/ucm079516.htm

ah, not only is that not a raw-milk version, it’s a store brand for Lidl that’s not made in the Seine-et-Marne. You’re right in your supposition that the real thing is even better – it really is!

Shocking. I was under the impression that it was the real Coulommiers

That little town seems lovely indeed. I’ve learnt about a new cheese and town today. Thanks!
I shall look into ordering French cheese by mail. Why didn’t I think of that before?!

It is so frustrating for me that raw milk soft cheese is illegal in the the US.

I would be frustrated, too! In France I see raw milk for sale at the cheese shops. Although unpasturised dairy products are legal here I have never seen raw milk in person.

Nice. That cheese is also one of my favourites. Here I can get it at several hardness (the amount of time which it is aged).

Have you seen these? 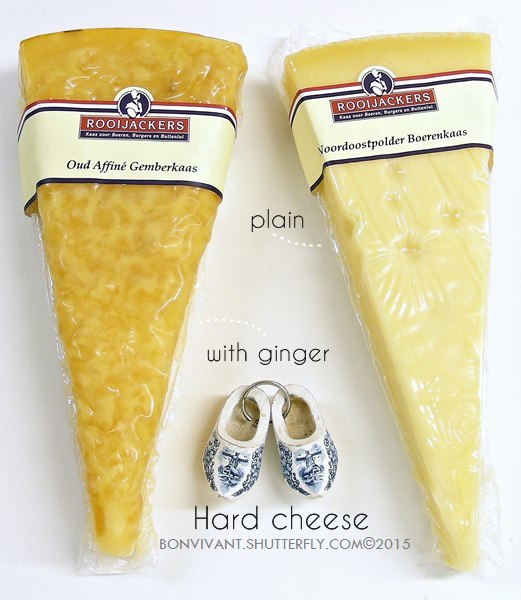 Presunto, please remind me where you are. I thought it was UK, but I’m not sure.

By the way, Lidl carries realy good dairy products (their yoghurt is the best I found), so wasn’t dismissing that Chene d’Argent at all, but the real Coulommiers is better.

In the UK, they’ve just had an “Italian week”. Picked up some really tasty Pecorino - good for nibbling, as well as the usual cooking .

I’m in NL. I think UK and NL/BE have the same country week. And yes Lidl now has some nice cheeses in their “country week” and holiday ranges. I always pick up foreign cheeses when they have them.

A new cheese shop in the next town is opening in mid december and the brewer-owner of my regular pub says it’d be perfect for us (we’re both cheese fanatics). I look forward to checking out this shop in december.

In France I see raw milk for sale at the cheese shops. Although unpasturised dairy products are legal here I have never seen raw milk in person.

Oddly raw milk itself is legal, in Pennsylvania anyway, and readily available. Hard aged cheeses are ok to make and import but not soft ripened. I think some of the PA daries were making raw milk brie and were forced to switch to “lightly pasteurized” there is nothing like the real thing.

We have a dairy farm just a quick drive from my home that sells it in addition to yogurt, ricotta and soft cheese.

Oddly raw milk itself is legal, in Pennsylvania anyway

It’s available for sale (not readily, but there if you look) in Florida, as well – as long as you sign a waiver saying that you’ve purchased it to be consumed by your pets. Go figure – people are buying garlic and herb goat cheese for the dogs.

FDA be dammned I just made me some bootleg raw milk farm cheese came out pretty darn good if I dont say so myself. 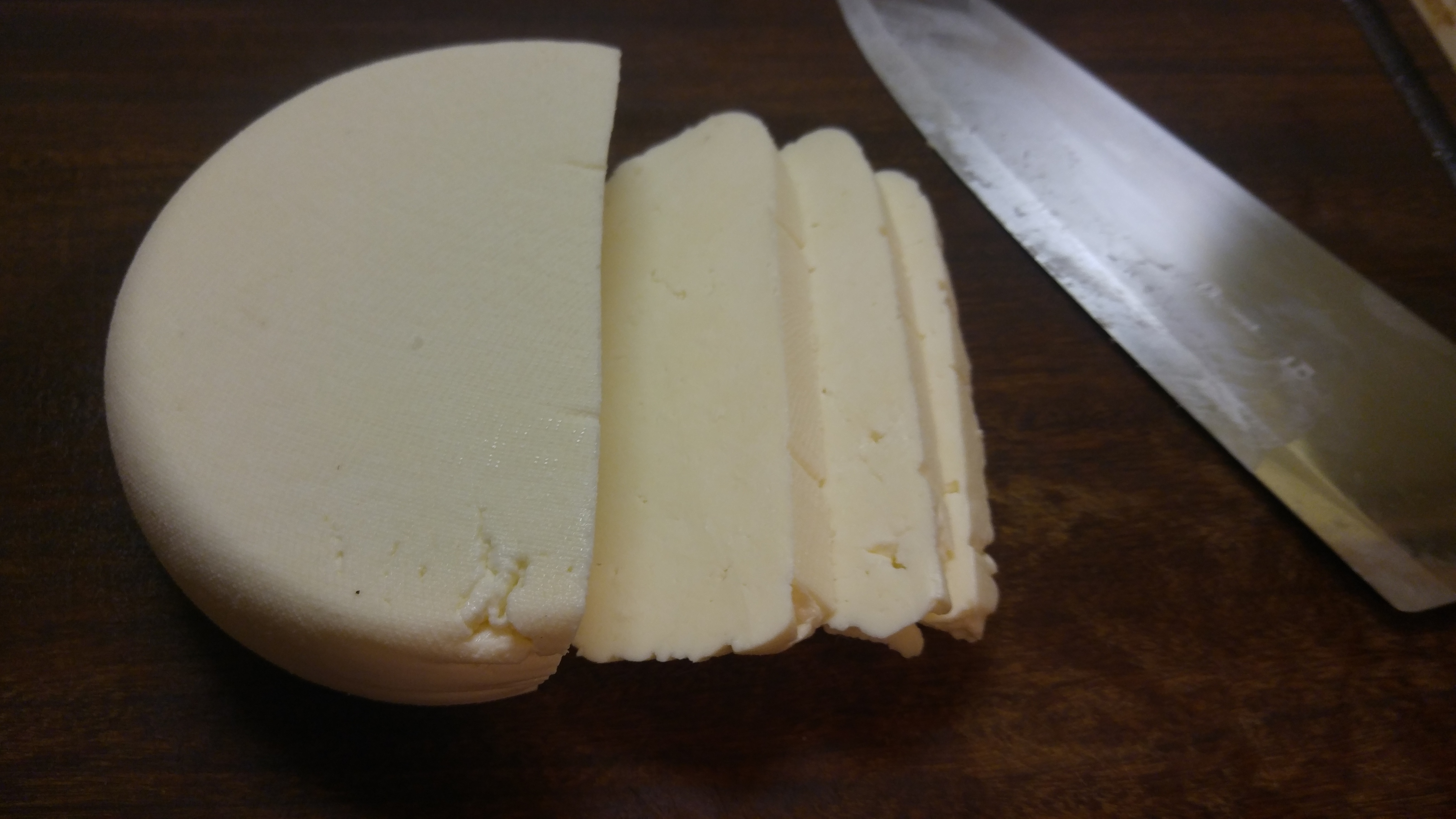 FDA be dammned I just made me some bootleg raw milk farm cheese came out pretty darn good if I dont say so myself.

Do you know a farmer/cheese maker/someone with a connection? This way you could get more bootlegged ingredients or “suggest” they could make or sell you unpasturised cheese

Have to go in 5, I have a couple of cheese pics to post later.

Do you know a farmer/cheese maker/someone with a connection? This way you could get more bootlegged ingredients or “suggest” they could make or sell you unpasteurized cheese

I can get the supplies easily and legally - raw milk is allowed and the homebrew store sells rennet and everything else you need. I am not sure I would want to venture into cultured cheeses it just seems to much work but I would like to tackle Mozzarella and goat cheese. The main problem is that it is not very cost-effective the good quality milk is expensive relative to just buying the cheese but it is a fun hobby project.

I don’t know anyone who sells raw soft-ripened cheese here - Noble Road brie was raw but it is now pasteurized it was the only local raw brie I was aware of.

Apparently it is super easy to make fresh goat’s cheese. Could be a fun project for sure.

For me it is also not cost-effective to make it myself, plus finding certain ingredients is a bit of a challenge. Sometimes as I flip through cheese making books I think about giving it a go because they make it seem so easy!

Buffalo’s milk hard cheese. Got it once and never saw it again. 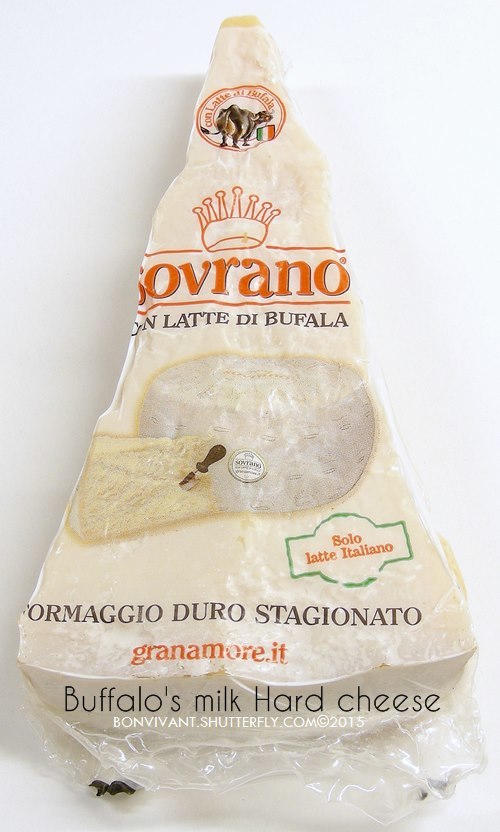 I try all the Munster I can find but nothing tastes like Munster I got in Alsace. The unpasturised Munster there is absolutely astounding. 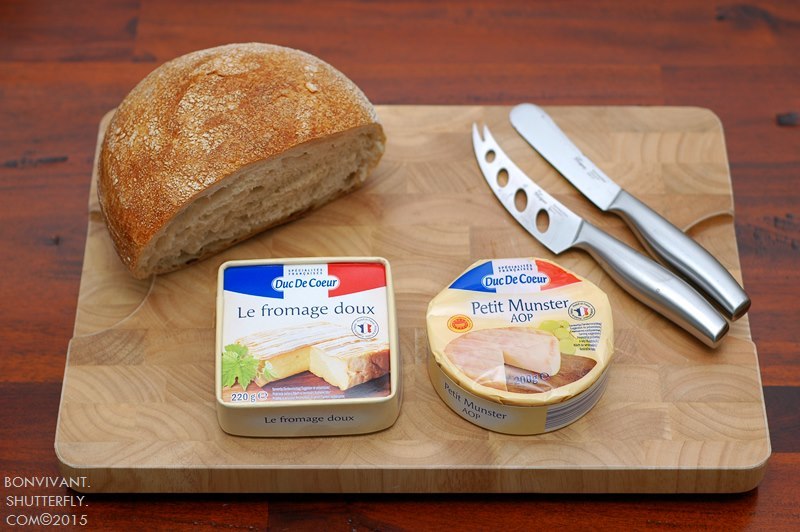 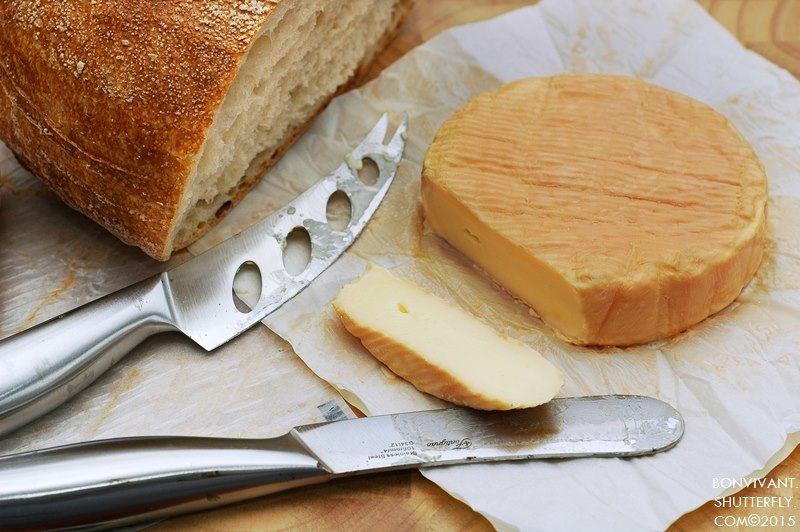 This one is nice but I have no info on it 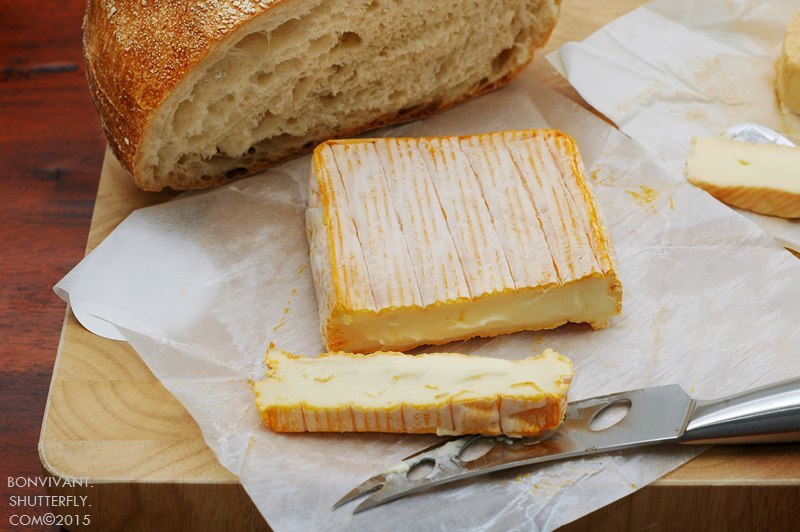 A new cheese from our FM vnedor…a semi hard buffalo milk cheese. It has a decent amount of funk, much like a Brie. We both enjoyed it. 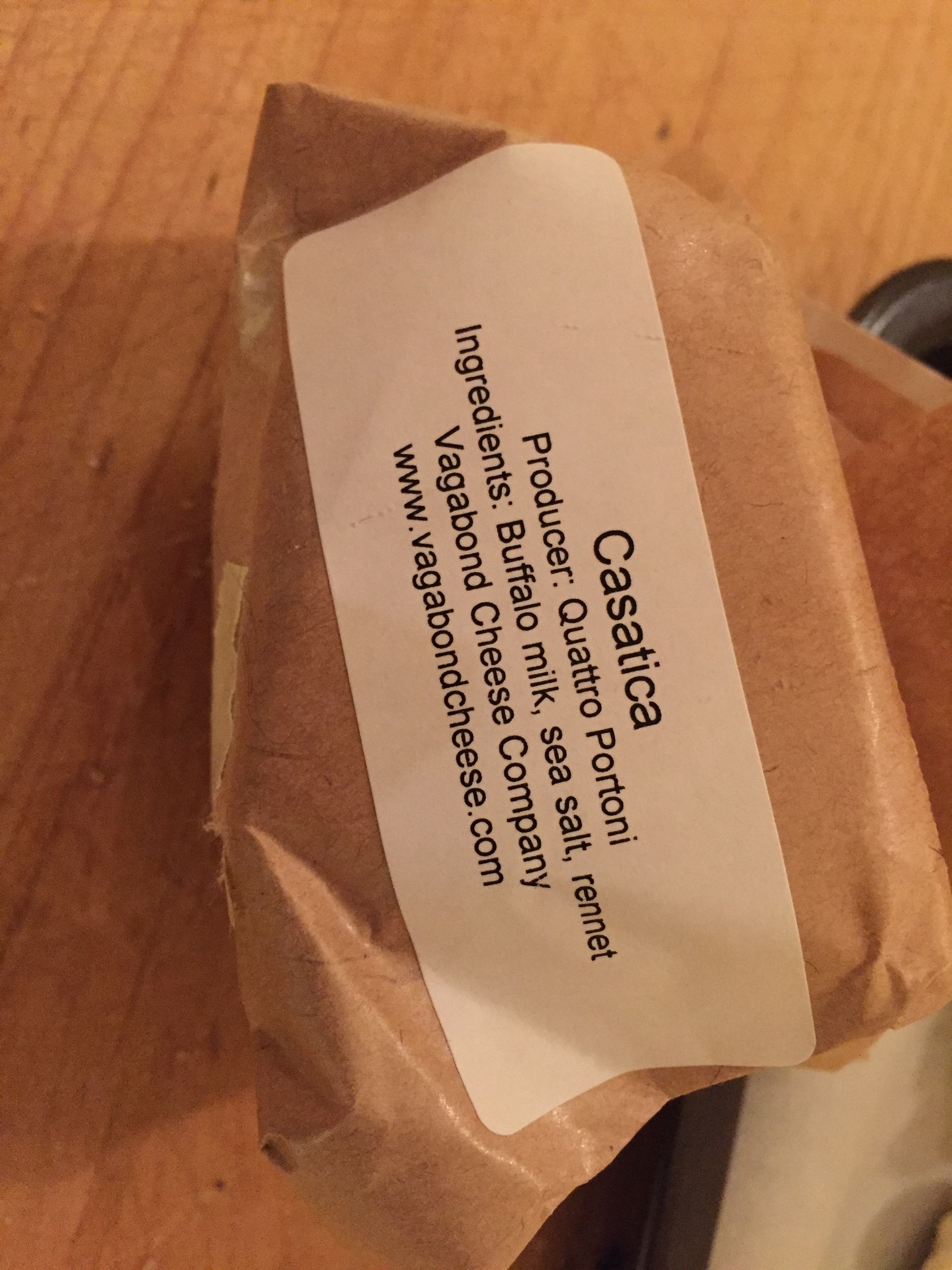 ^^ Quite different from my buffalo’s milk cheese above but sounds just as delicious!

A totally new cheese to me, a cheese with char coal. It tastes better than it sounds and looks, actually. Creamy and a bit odd. I quite liked it. Brought both back from Sheffield, UK.

Brought them both to my regular pub and shared with the brewer/owner and an employee. I have been sharing cheese and some selected beer with them since this past summer. 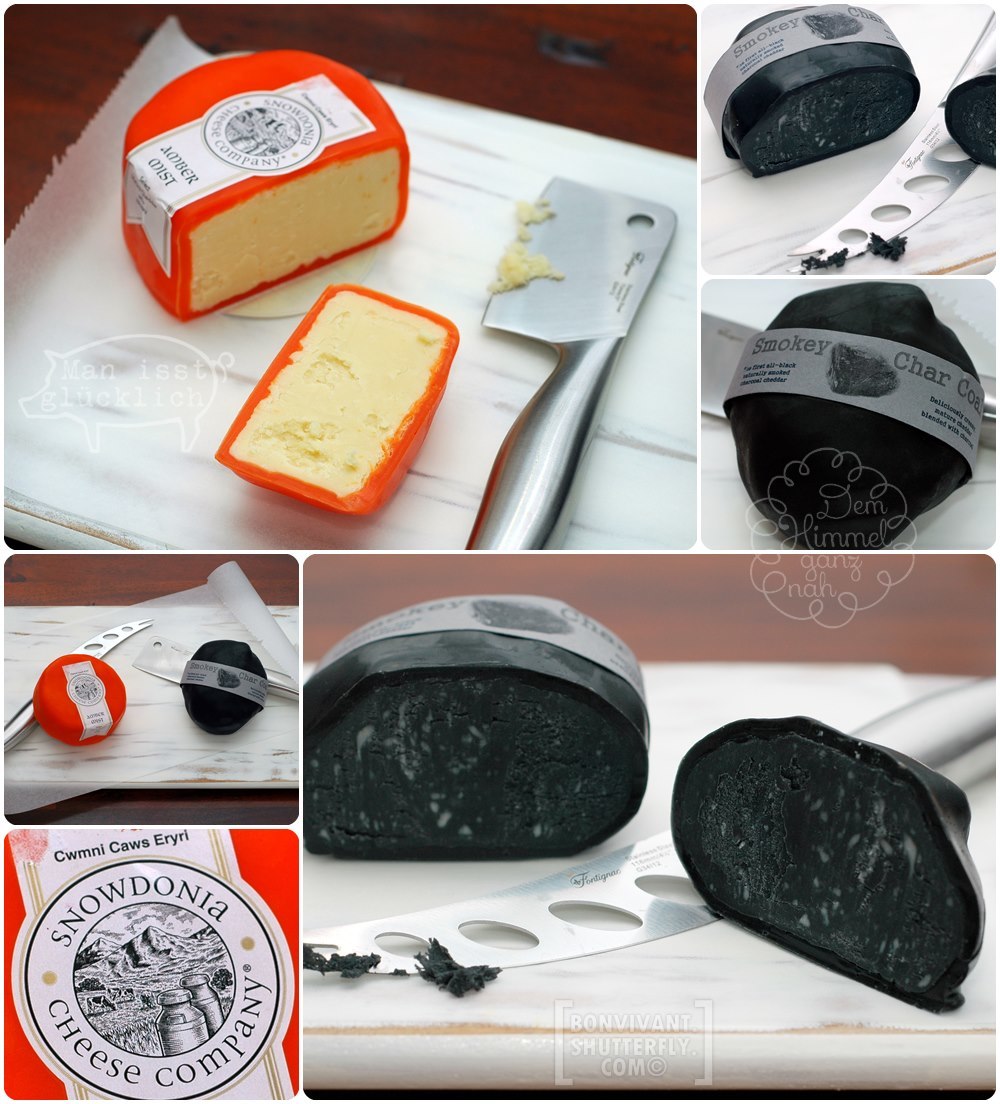 oh, my. How was the charcoal cheese? I don’t mind cheese with an ash rind, but not sure that charcoal cheese would taste all that wonderful. Probably would ensure that you don’t have indigestion after dinner…