Genting Cafe in Island Glades has been a permanent fixture of sorts for Penangites looking for good hawker food for nearly 4 decades. Through the years, many stalls have come & gone, but a few have built up a solid following among locals for their offerings which are rated as among the very best in Penang: the legendary chee cheong fun stall which pioneered the addition of peanut butter/peanut paste into the usual hoi-sin sauce/prawn paste mixture (now copied by almost every other street hawker in Penang), the pasembor (Chinese rojak) man with his unkempt pushcart parked upfront of Genting Cafe, but offering the best-tasting pasembor one can ever find on the island, plus a branch of the famous Kuantan Road curry mee stall.

What we had the other weekend: 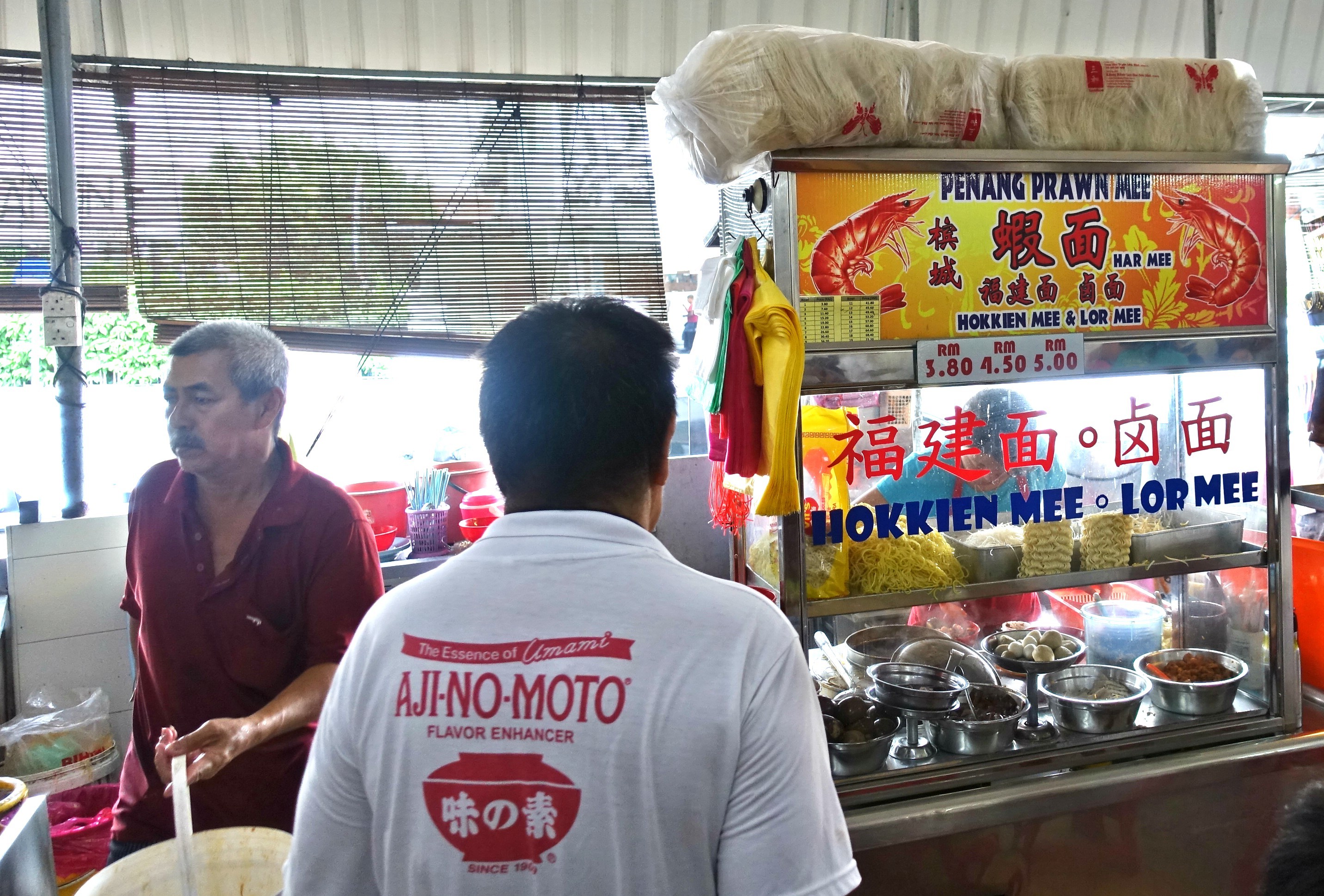 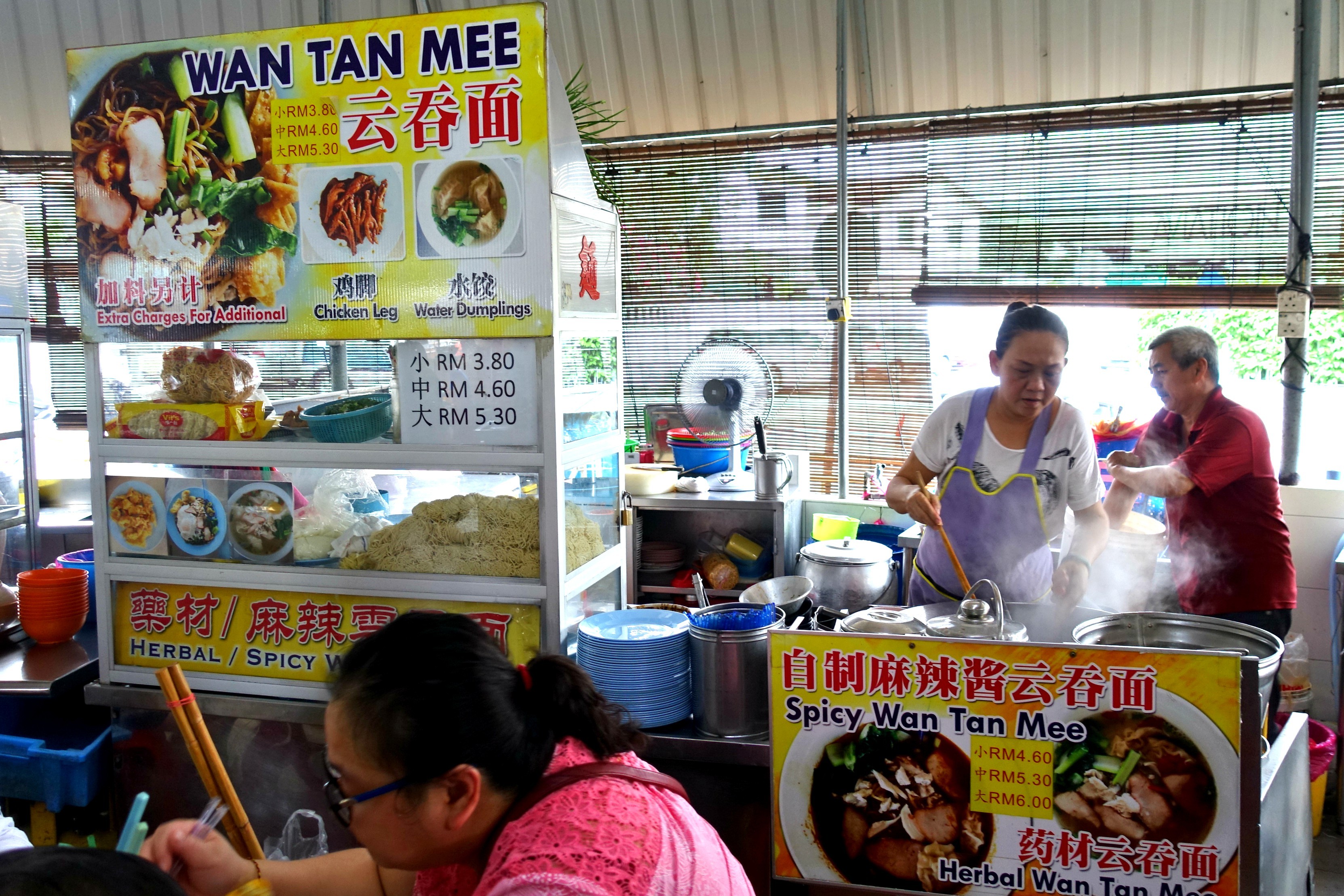 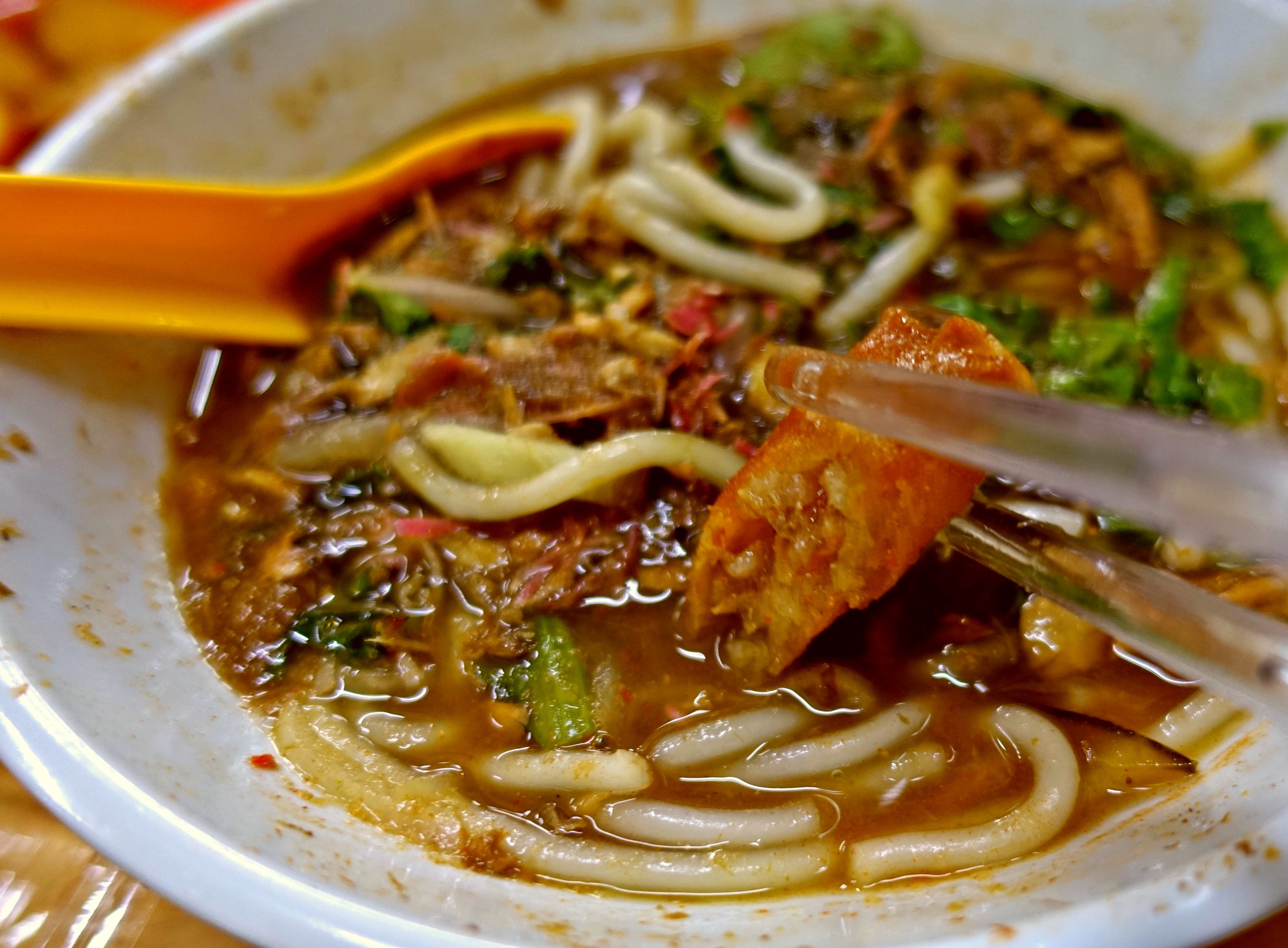 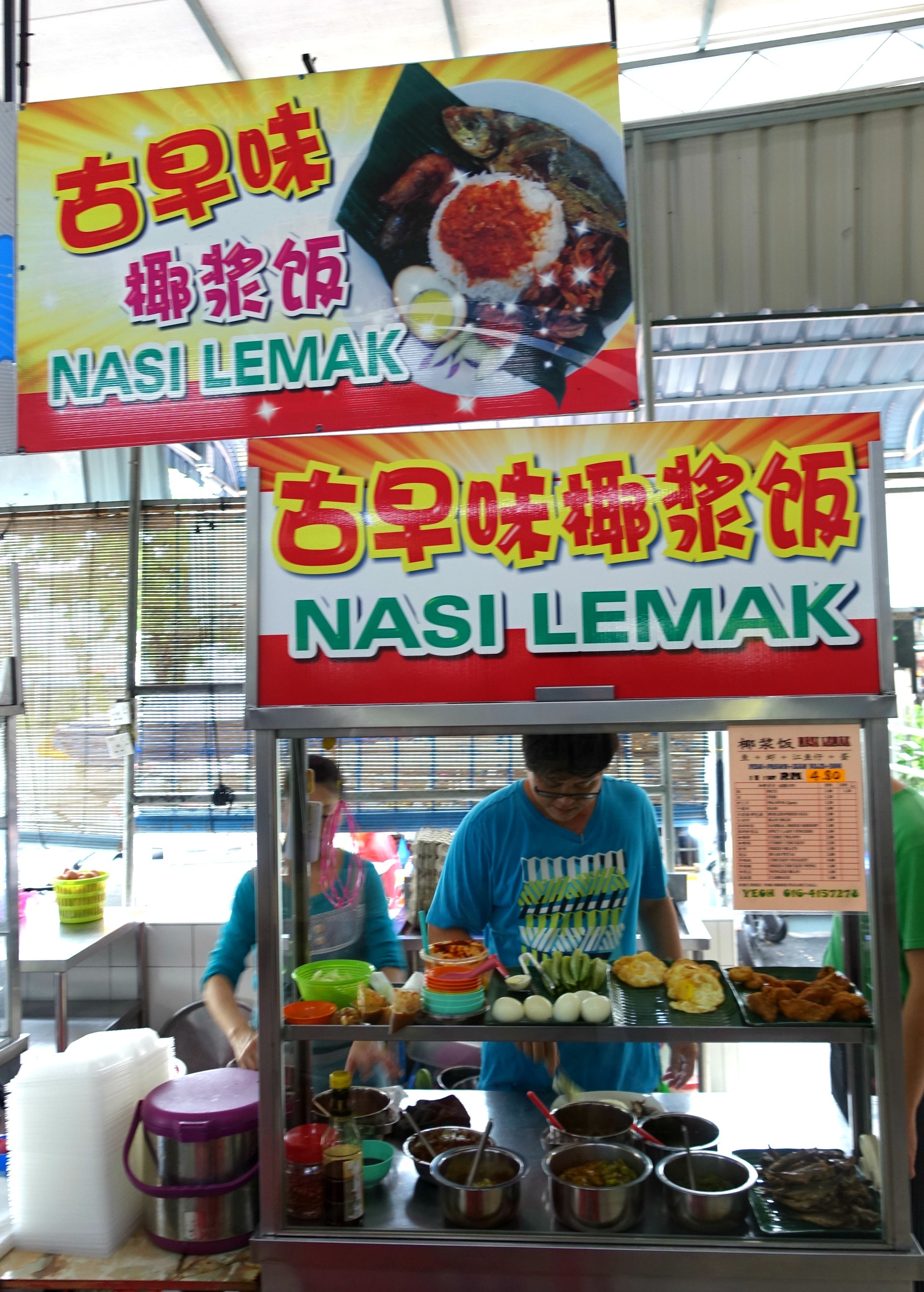 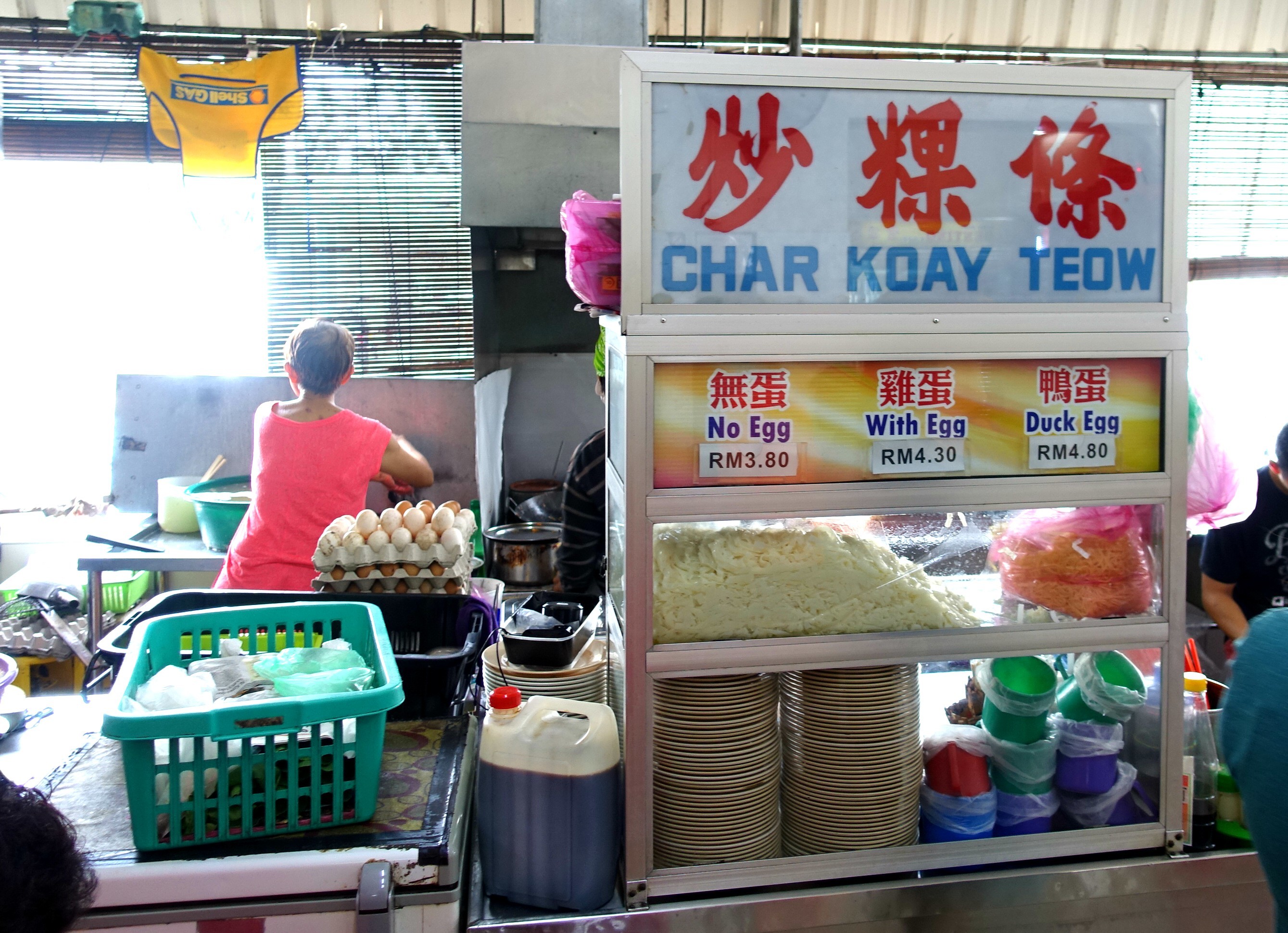 Penang ones also have pig’s blood pudding, cut into cubes - I adore these. Blood cockles, tofu puffs and cuttlefish strips are also added. Perfection in a bowl. The stall here is related to the famous stall on the corner of Kuantan Road and Dato’ Keramat Road, often regarded as one of the best in Penang. 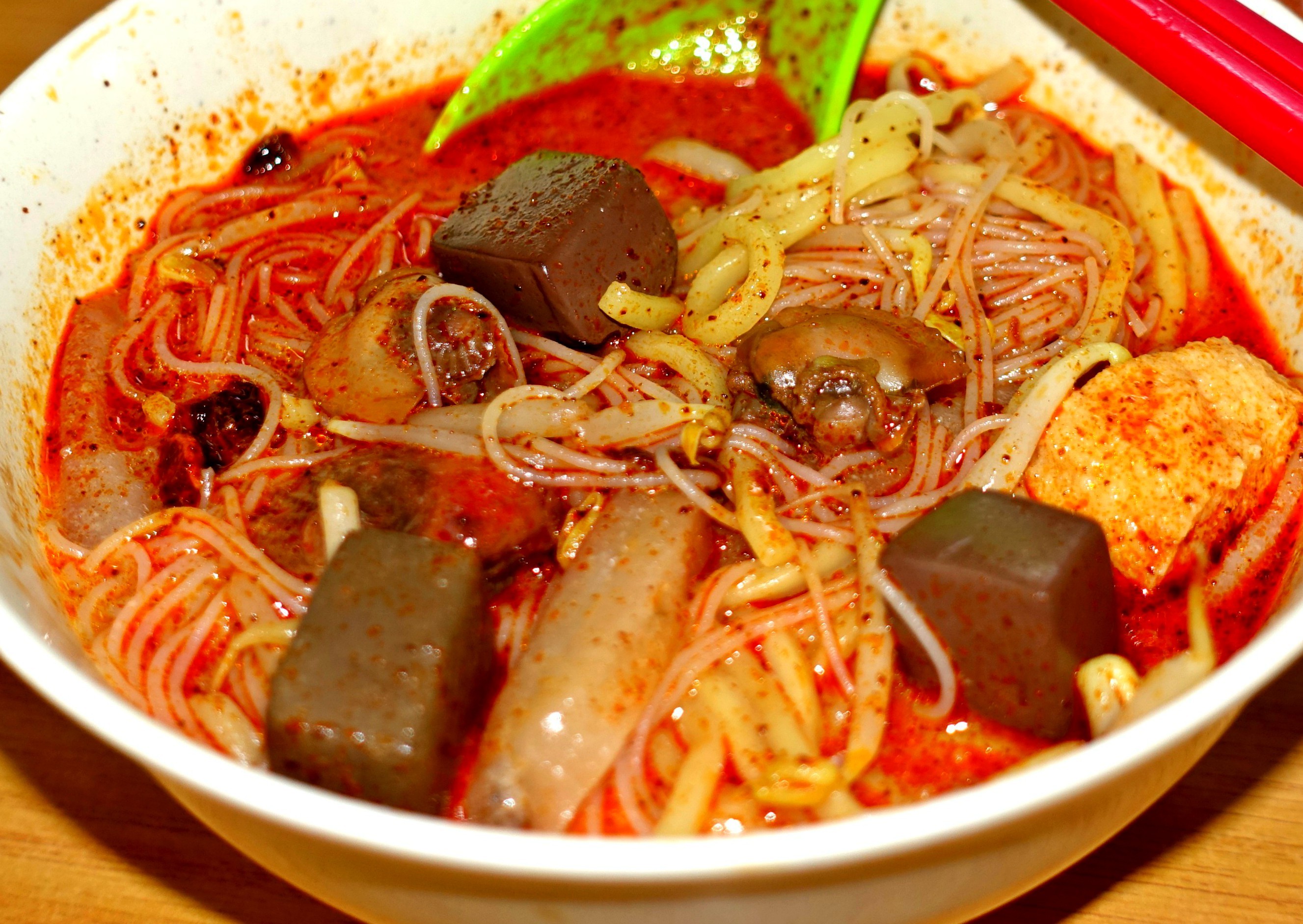 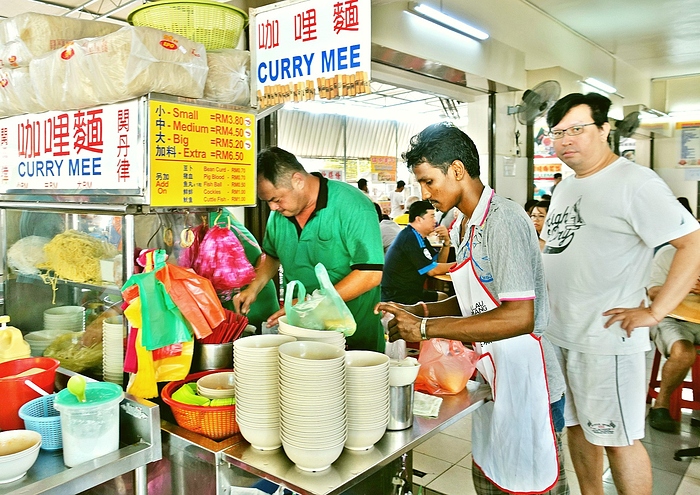 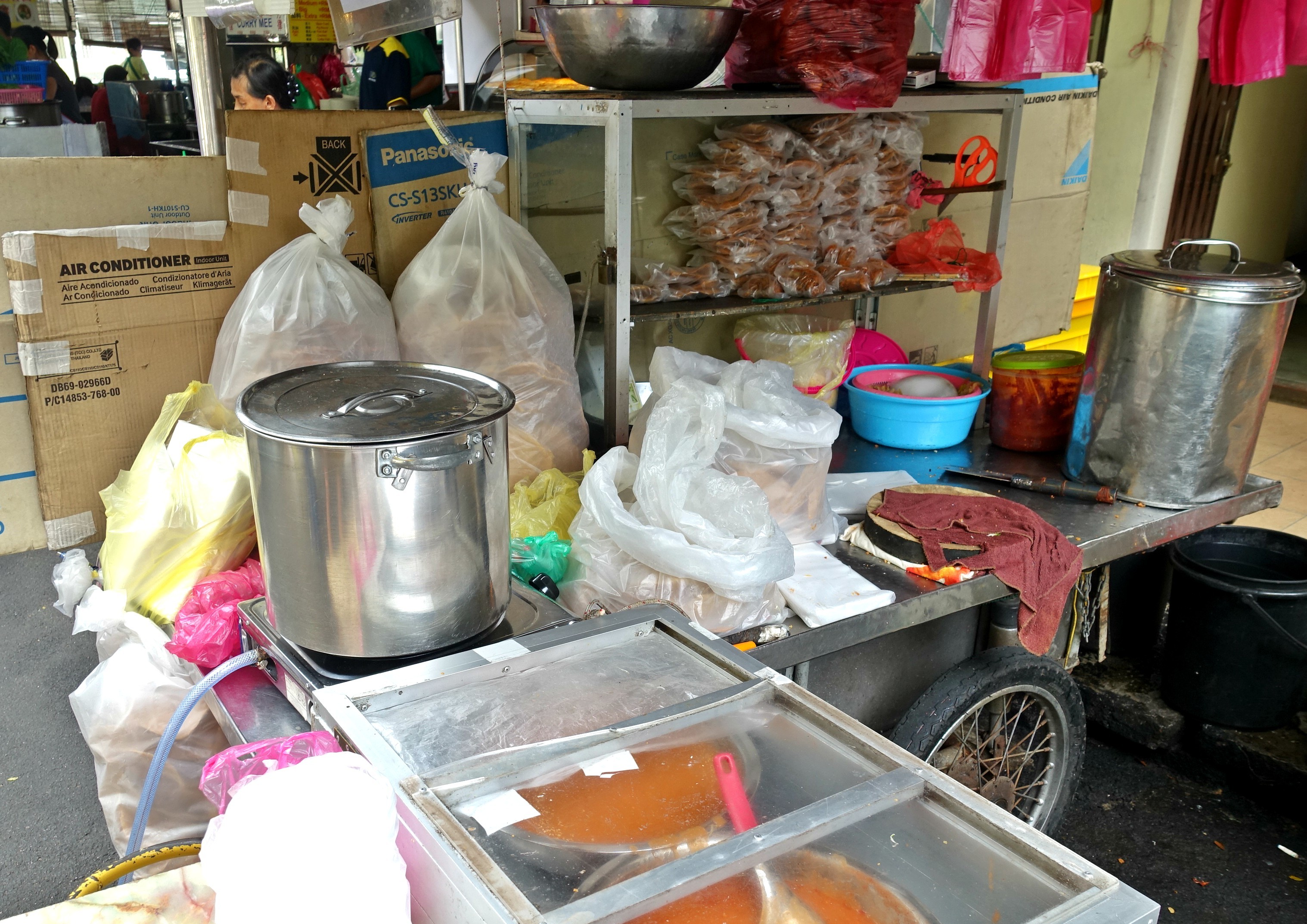 The usual breakfast crowd at Genting Cafe - you really need to fight for a table: there is simply no queuing system - you stand near a table where you think the occupants are finishing their breakfast and glare at any other would-be trespassers. 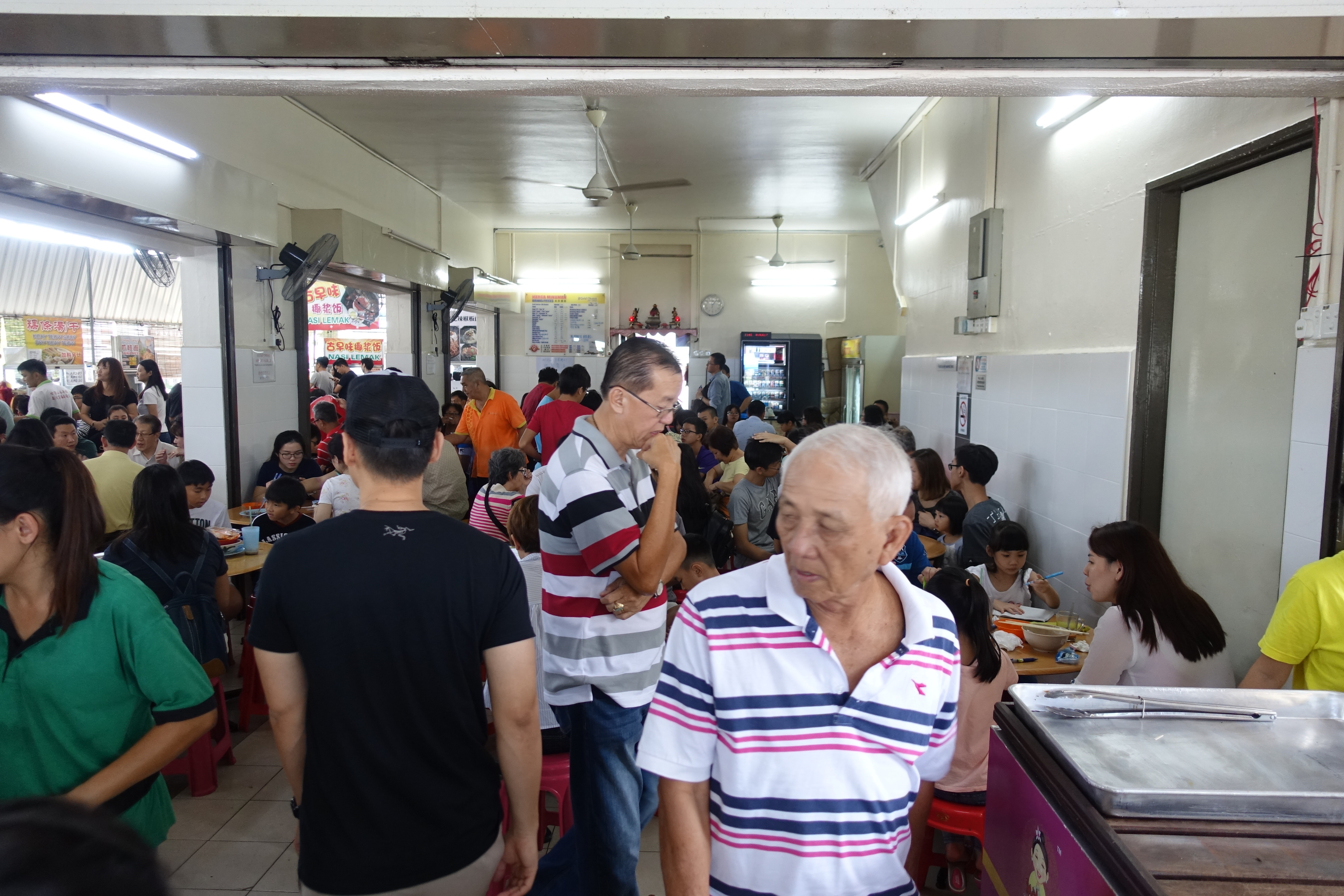 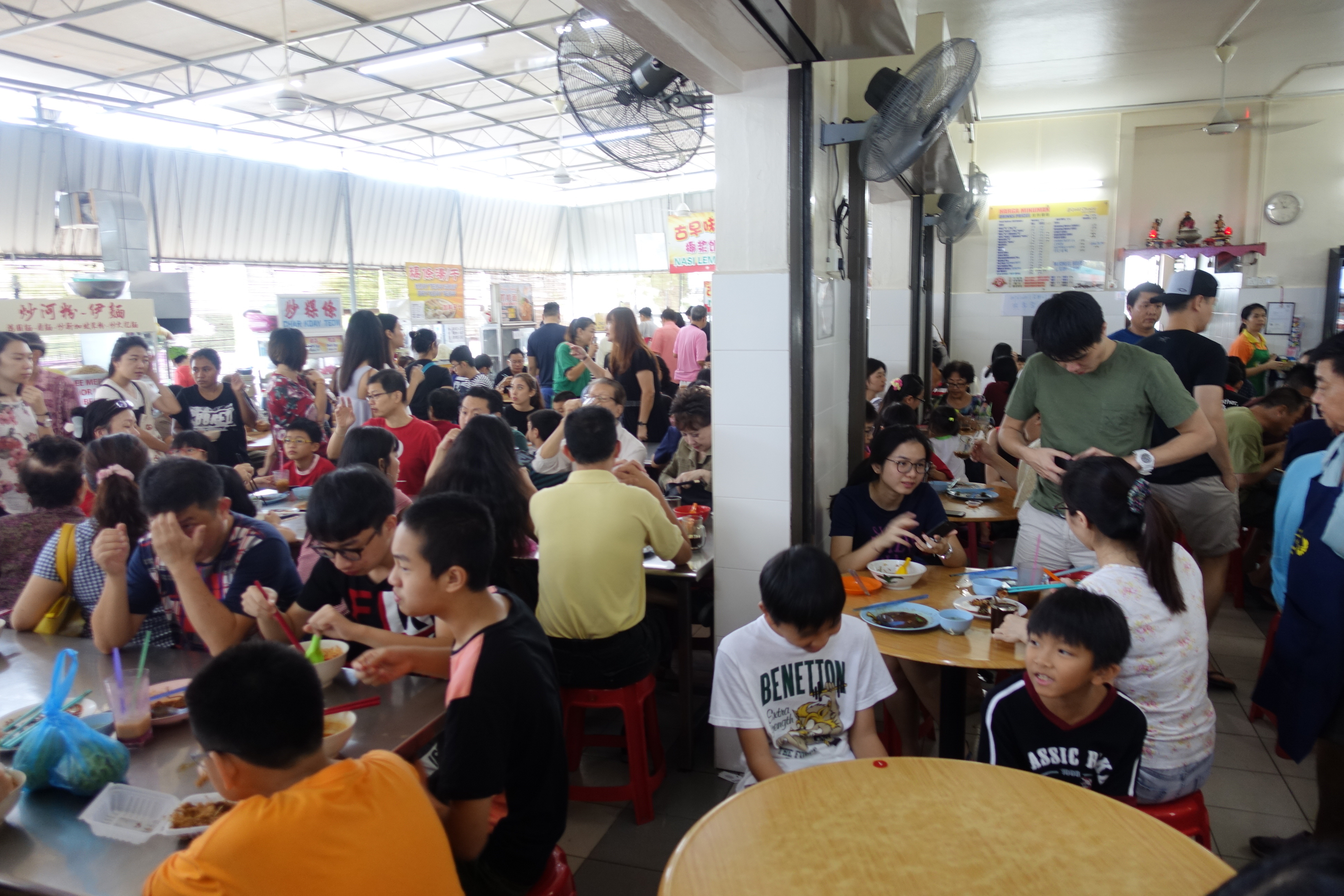 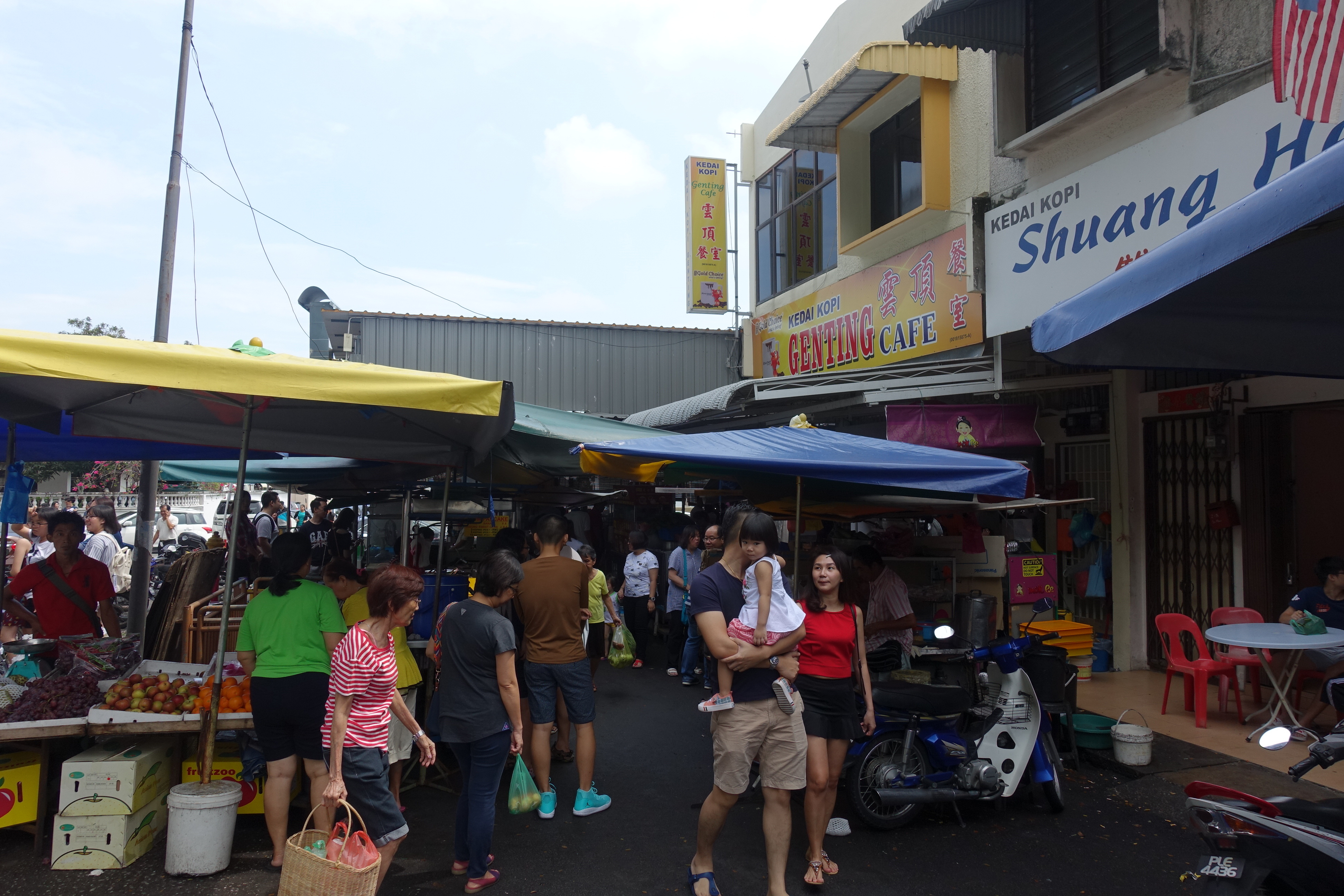 Genting Cafe is one of several traditional Chinese coffeeshops at the Island Glades morning market, which gets really busy in the morning with vendors hawking meats, vegetables, fruits and other food stuff.

Sometimes, the Buddhist monks from the nearby temple would turn up to receive food alms very early in the morning, around 7am-7.30am. A hush would fall over the market as people cease their trading activities out of respect for the monks. The local shoppers and market vendors would also kneel to show respect, and give packets of food and drinks as alms, putting them directly into the monks’ alms bowls. No words are exchanged, but the monks will silently chant prayers to bless all those present before they leave.

No money would be offered, as the monks will not touch any money. Buddhist monks will only have one meal per day, before noon, eating whatever they’d received from the devotees. 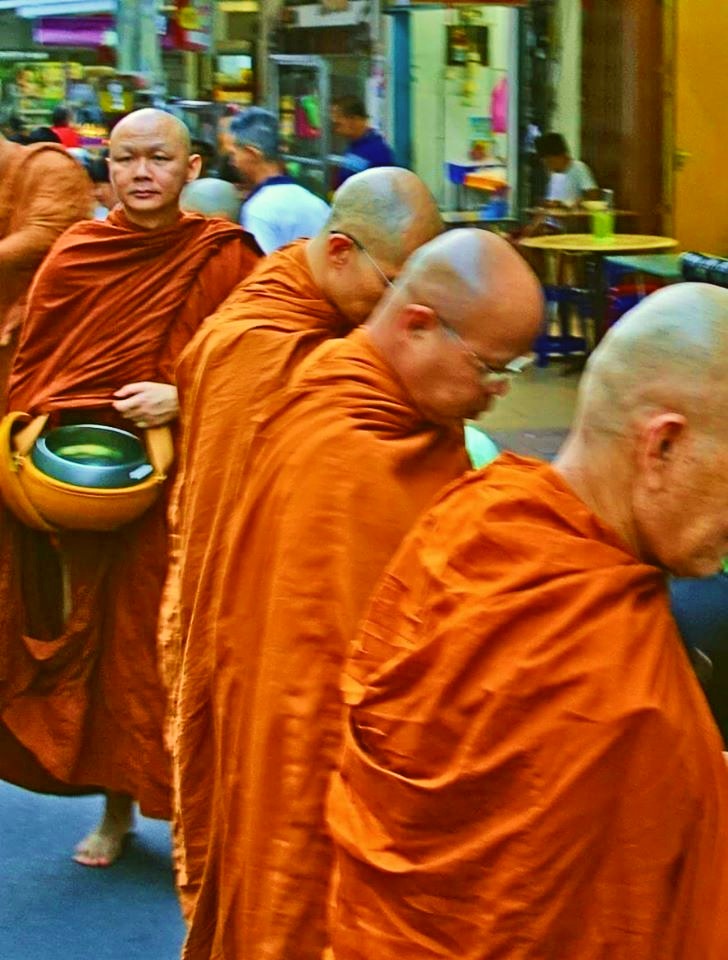 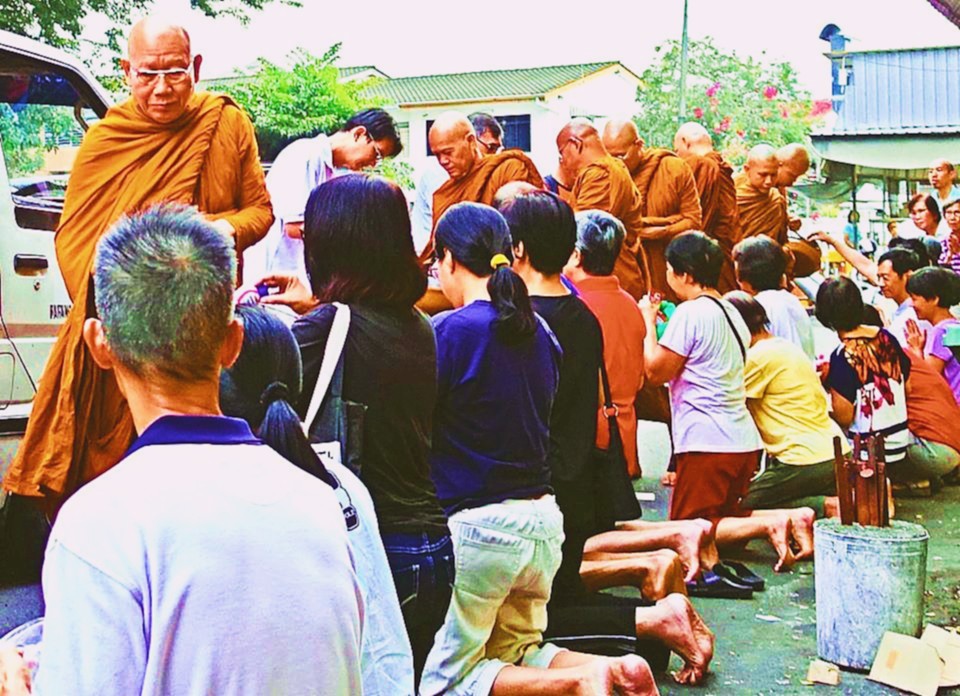 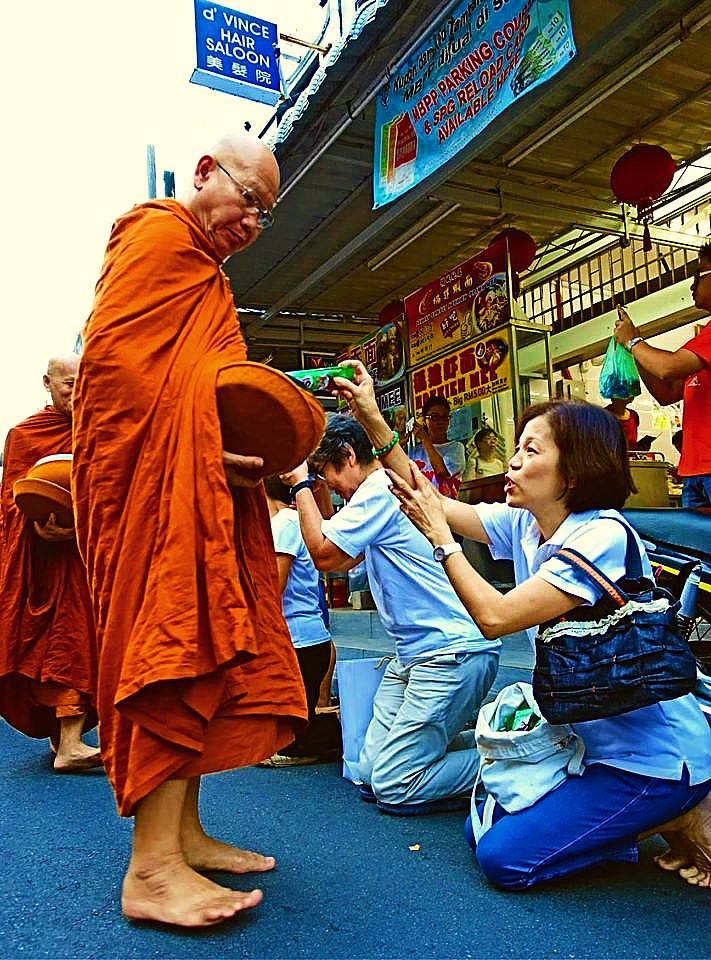 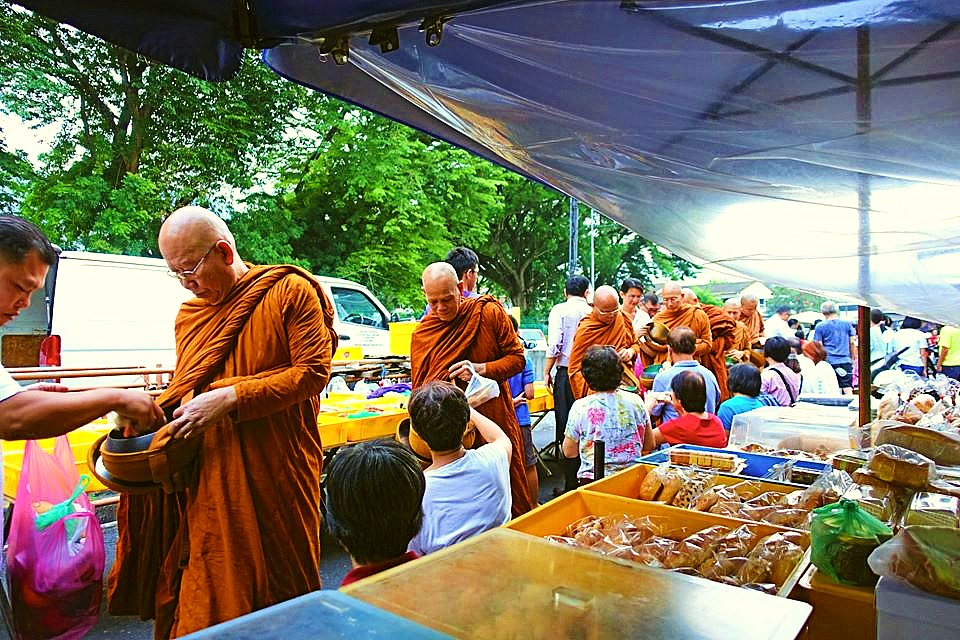 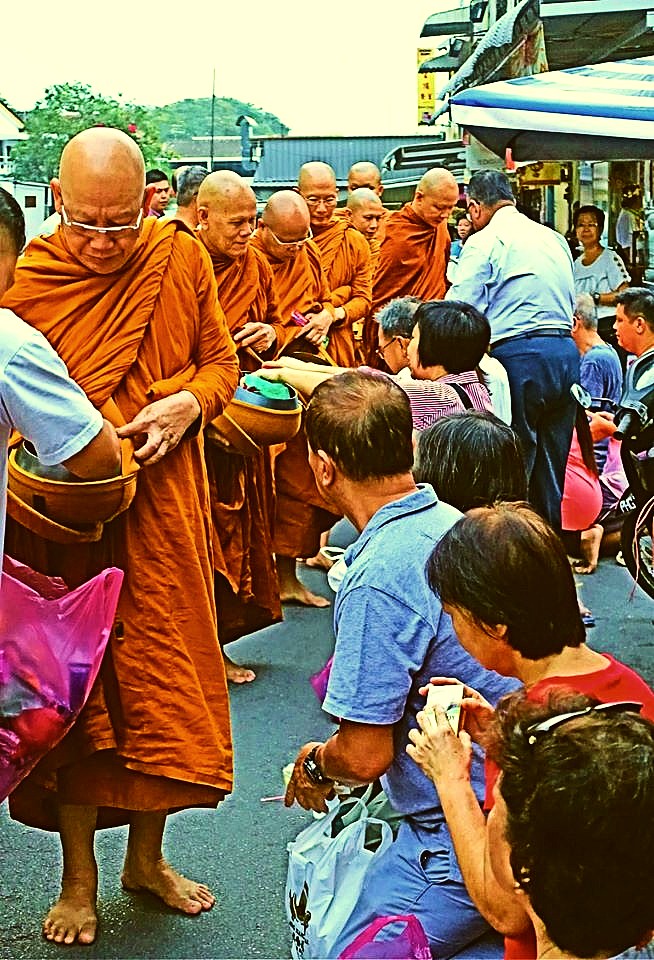 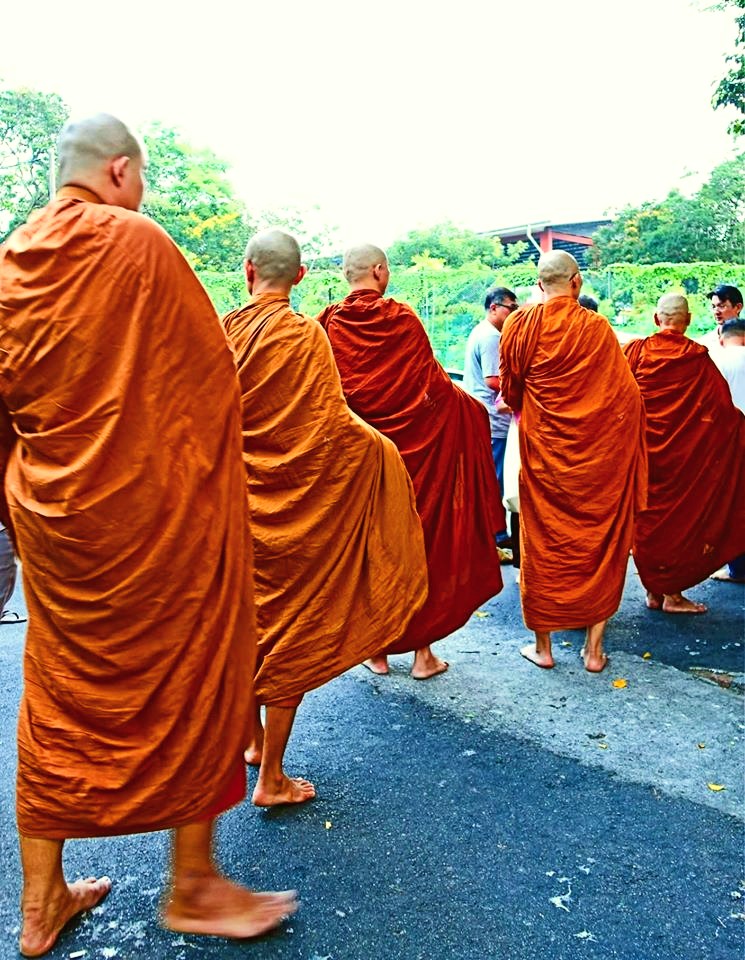 As soon as the monks left, the usual market activities and hustle-bustle would immediately resume, the din puncturing the temporary bubble of calm & serenity.