Island Park is one of those leafy middle-class residential suburbs along Green Lane (now called Jalan Masjid Negeri). Since the suburbs were first developed in the late-60s/early-70s, the demographics of Island Park, and neighboring Island Glades, have traditionally been dominated by academics (due to its proximity to USM, the Malaysian Science University), professionals and middle-class families. The kopitiams serving these suburbs, like Genting Cafe and Mandarin Cafe, are reputed to have “higher standards” to meet the more exacting demands of their local residents.

Genting Cafe and Mandarin Cafe are both located in Island Glades, together with other main kopitiams there like Mutiara Selera, Delima Mas and Lou Che Fong.

Over in Island Park, the main kopitiam is the eponymously-named Island Park Kopitiam. It has been here for quite a while, since my earliest memory of eating here dates back to 1974. 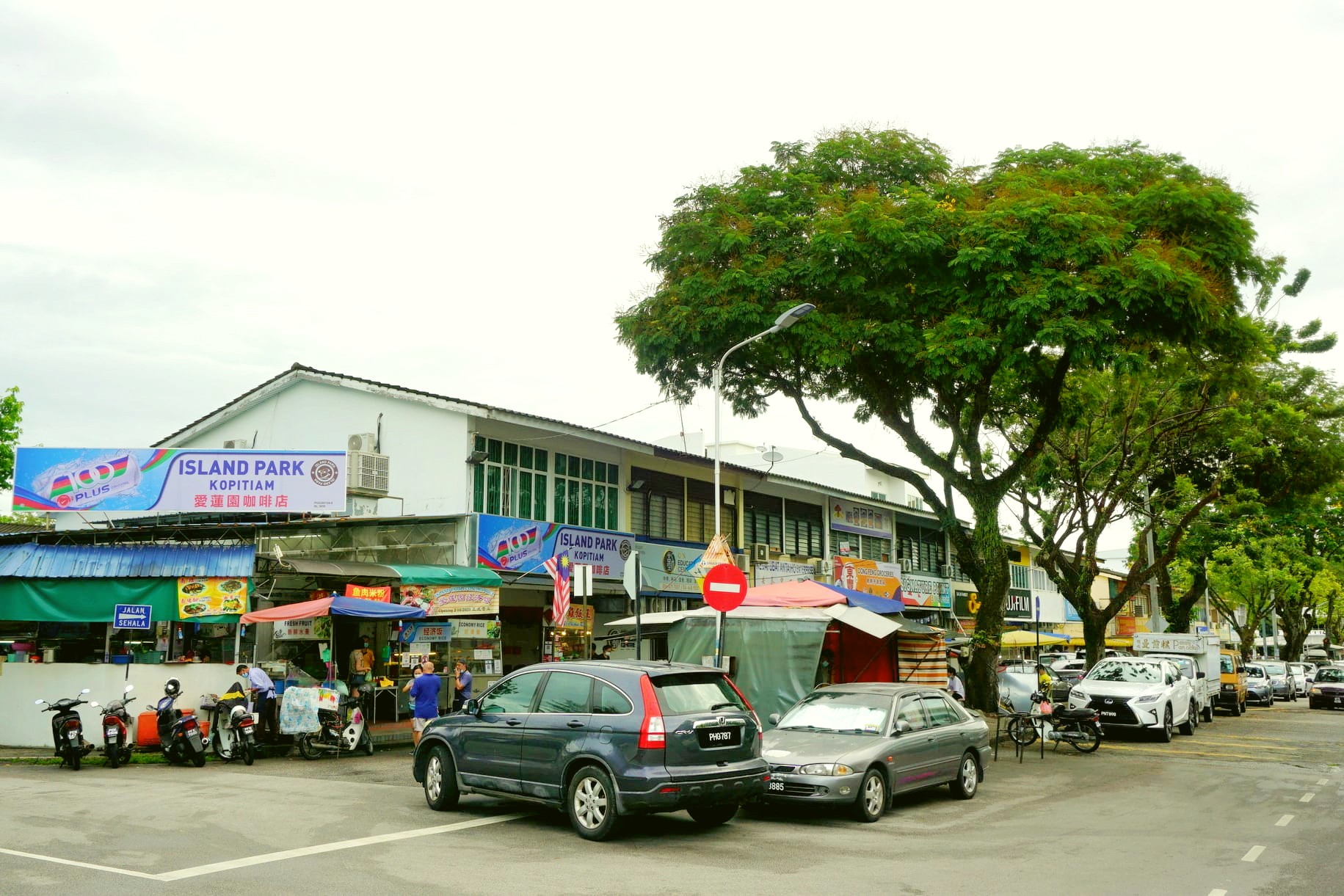 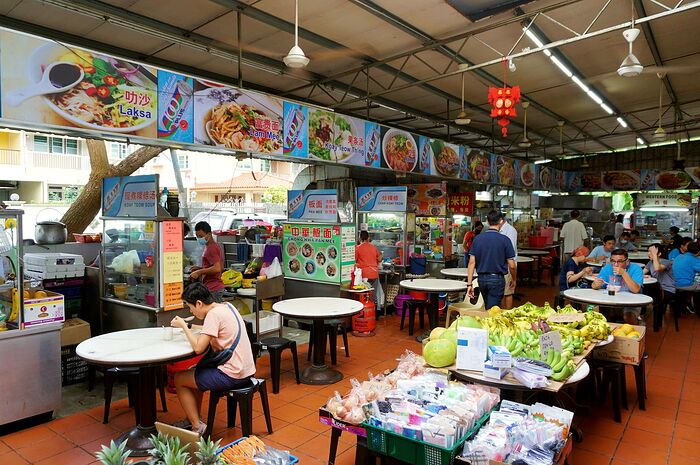 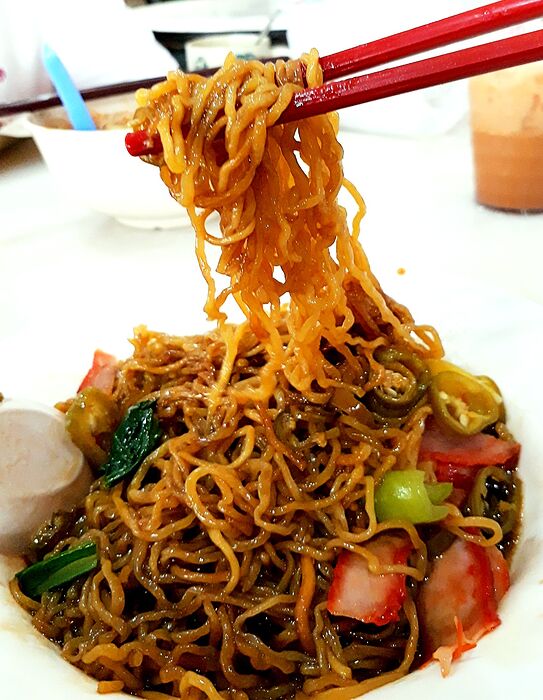 The wantan mee seller today, Mr Tan Teong Cheng, started working here as a kid, helping his father back in 1979. 42 years later, his wantan mee stall is one of the most popular in the area, and even Canadian TV host-celebrity chef David Rocco featured this place in Episode 1 of his new Dolce Southeast Asia series. 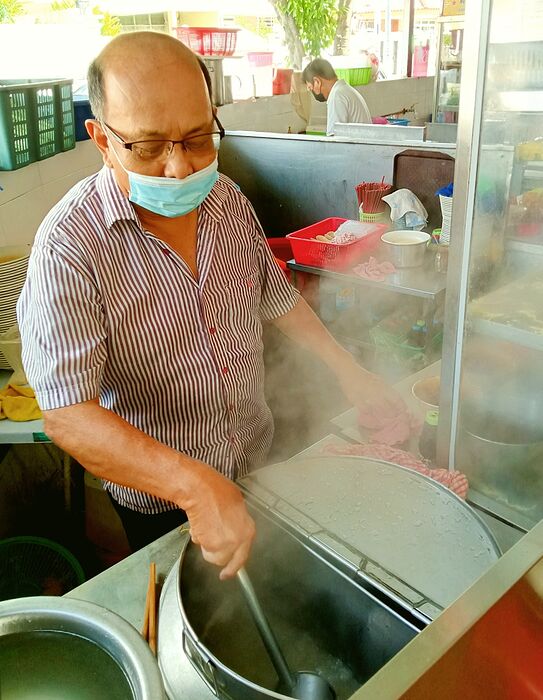 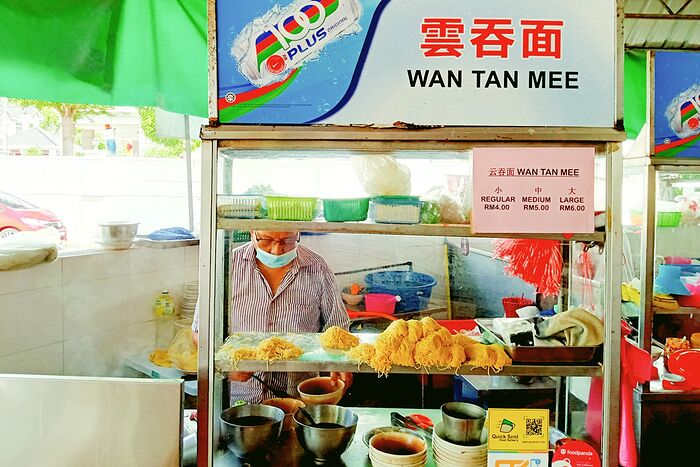 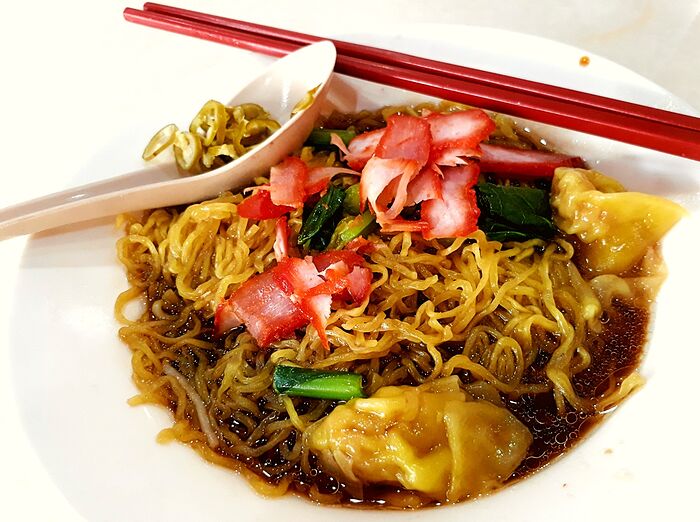 The rendition here is gluggier than versions I tried elsewhere. It also incorporates Teochew fish-balls , besides the usual shrimps & Chinese waxed sausages - a rarity among char koay teow vendors. 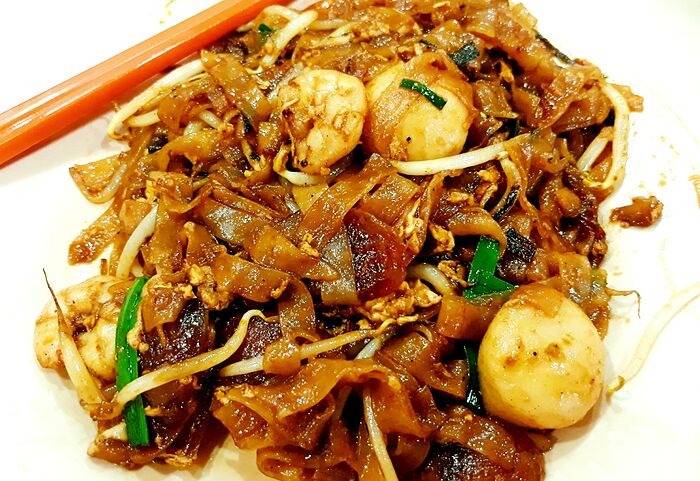 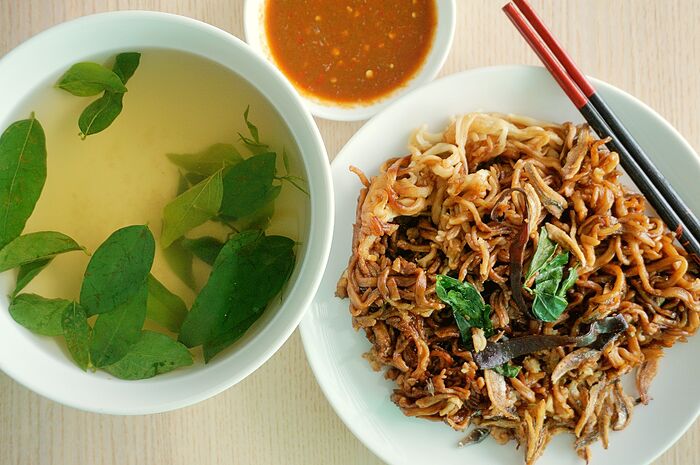 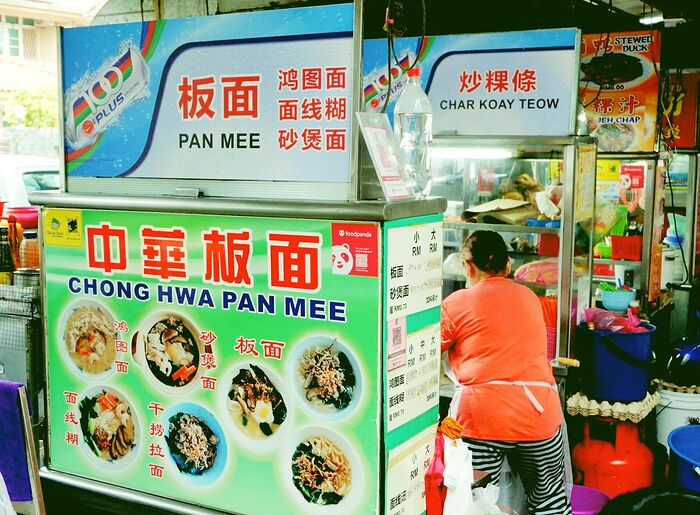 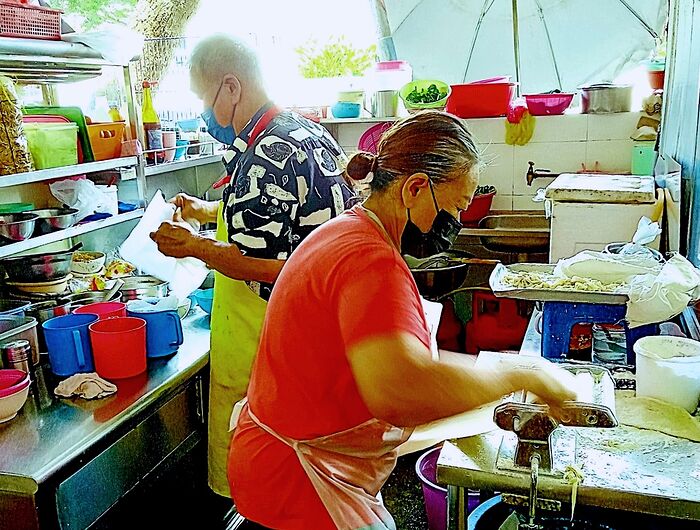 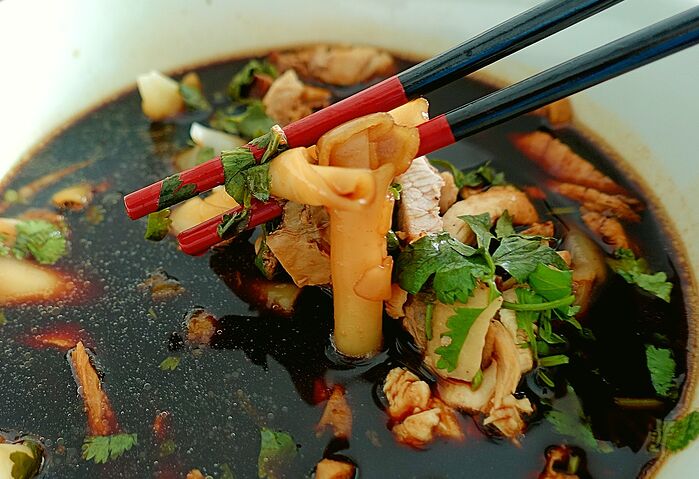 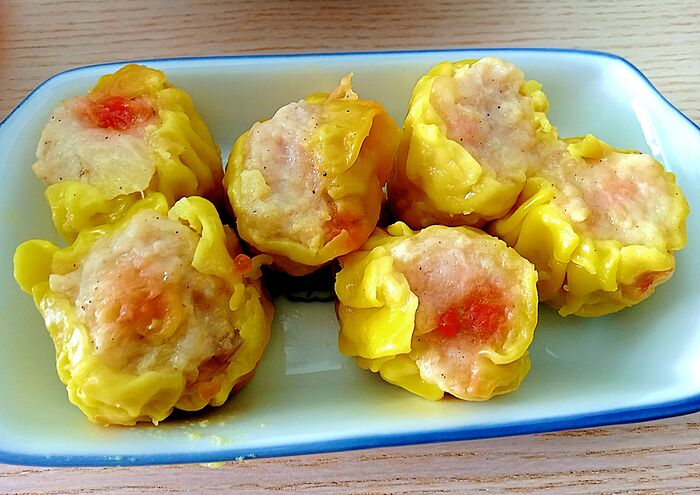 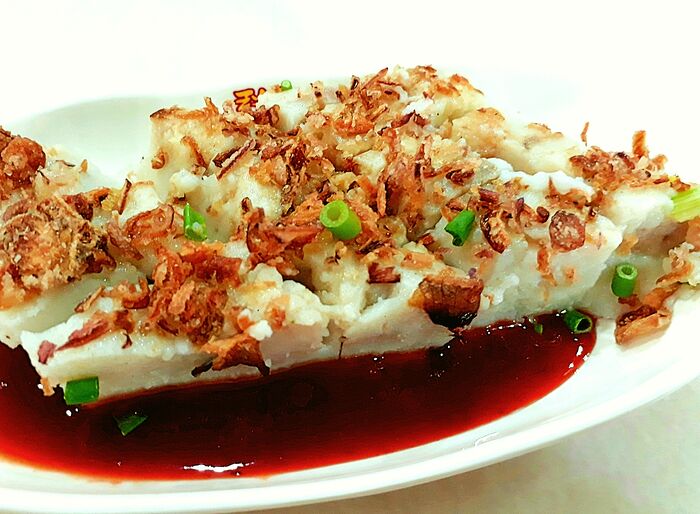 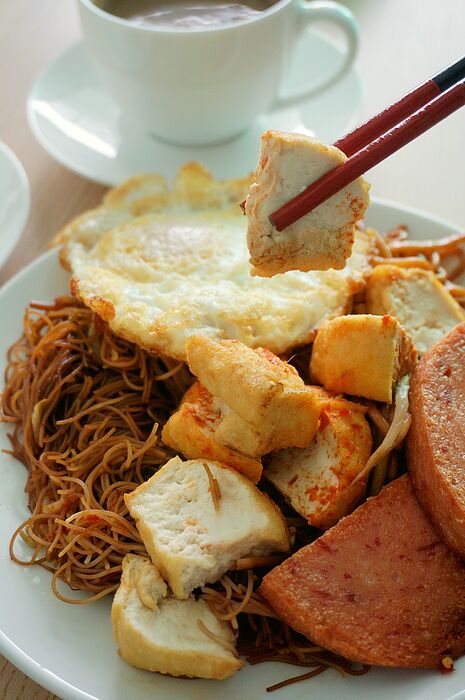 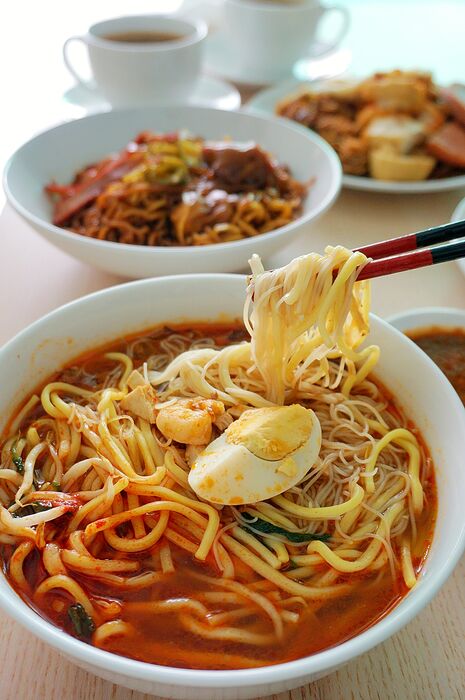 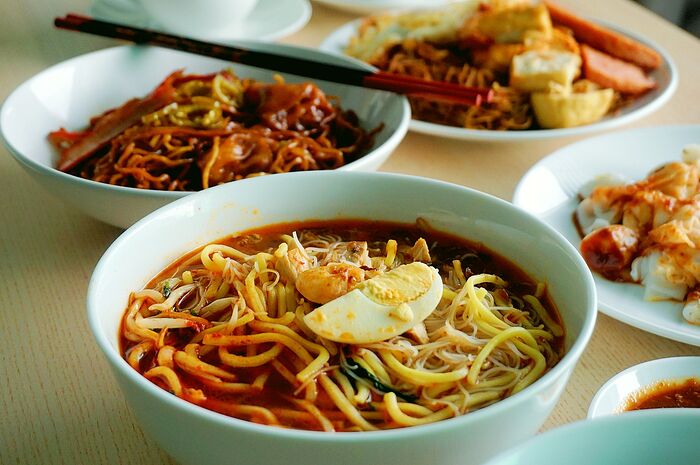 Island Park Kopitiam offers a good selection of Penang-style hawker fare. It’s also a quieter alternative to the more popular and raucous Genting Cafe and Mandarin Cafe in Island Glades, both less than 10 minutes’ drive away. 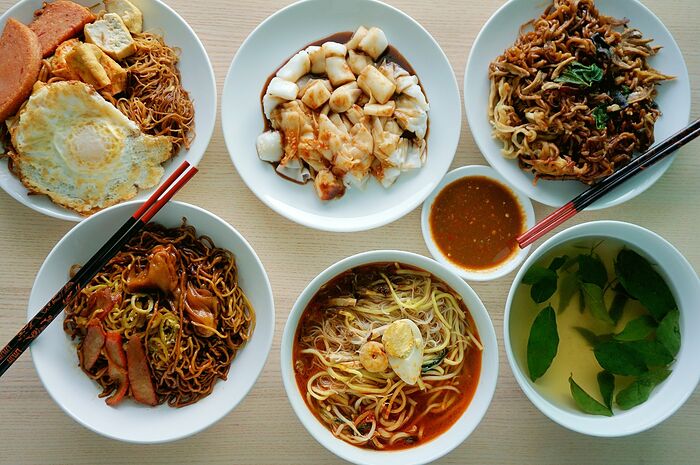 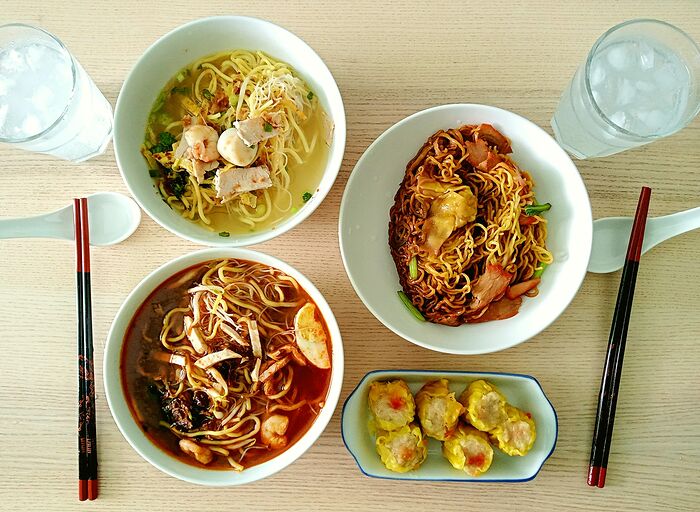 These turned out to be very good indeed. 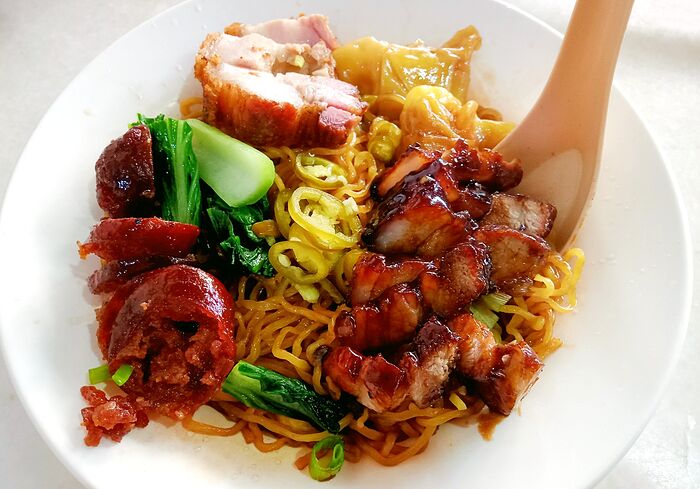 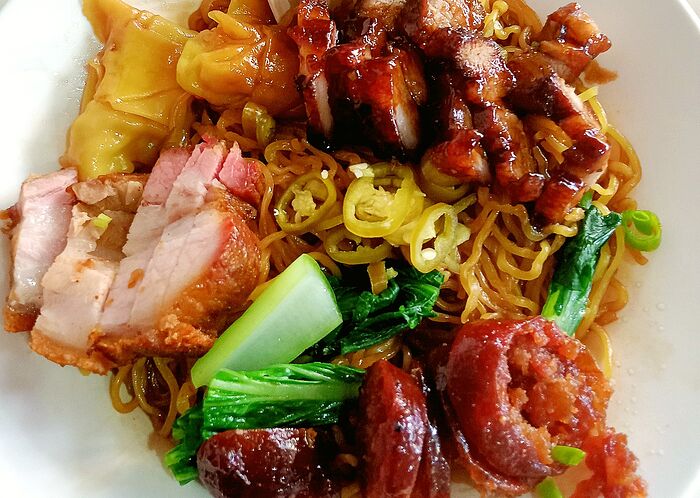