I like Singapore when it wakes up in the morning. In the soft light of dawn, I can sometimes catch a glimpse of the soul of old Singapore - harking back to an era before the city embraced its current modern incarnation, with its gleaming glass-and-steel towers, crowded streets and (shock, horror!) fast food chains.

At the crack of dawn, when the streets are still and shophouse windows are dark, the only life one sees is usually centred in and around the local wet markets and the obligatory hawker centres attached to them. And there, at the hawker centres, you see ordinary Singaporeans nursing their “kopi-C” or “teh-o”, and lining up for morning sustenance: porridge, noodles, steamed buns & dumplings, crisp-fried dough-sticks, roasted meats with rice even. At the Chinatown Food Centre on Smith Street, there was a popular glutinous rice (“lor mai”) stall which sees a long queue each morning and usually sells out by 7am. I’d never tried it myself - don’t fancy queuing for food at 6am!

And my favourite breakfast food? The “economy fried bee hoon-mee” - perhaps the simplest, yet most common Singapore breakfast item. A typical “economy fried bee hoon-mee” stall will offer at least two types of noodles: the drier fried “bee hoon” (thin, white rice noodles) and the “mee” (or more accurately, “Hokkien mee”: fat yellow Hokkien noodles) fried in dark, sweet soysauce which gave the noodles its rich, caramelly flavour. You find almost similar renditions in other mainly-Chinese cities like Penang or Ipoh in Malaysia, Bangkok’s Chinatown, even Hong Kong or Guangzhou, China. But the renditions outside Singapore usually substituted the sweet dark soysauce for the salty thick, dark soysauce - resulting in a totally different flavoured dish. One usually requests for a mix of “bee hoon” and “mee”, as the two types of noodles, with their different and contrasting tastes and textures, complement each other perfectly.

“Economy fried bee hoon-mee” is the only dish I miss when I’m away from Singapore - nothing else. In Singapore, it also comes with a variety of side-dishes which you can choose to add to the noodles. Traditionally, we go for fried egg (over-easy), “ngoh cham bak” (sliced, pan-fried Chinese luncheon meat), “ngoh hiang” (5-spiced meat roll), fried tofu, and “popiah chee” (deep-fried spring rolls), among others. Many Singaporeans will actually just go for the noodles, topped with a dollop of spicy chilli paste, and nothing else.

For me, the “economy fried bee hoon-mee” is Singapore’s original ‘soul food’. Its simplicity harks back to the time when Singapore was mainly peopled by hardy indentured coolies who preferred heavy, carbo-rich meals to start their day with, and provide them with the sustenance needed for a day filled with hard, menial labour.

Modern-day Singapore’s office workers, when they opt for this traditional breakfast meal each morning, are actually carrying on a culinary legacy which has its roots in “coolie cuisine” - the food which built this island-nation.
Below are some places where I go for my “economy fried bee hoon-mee” breakfast: 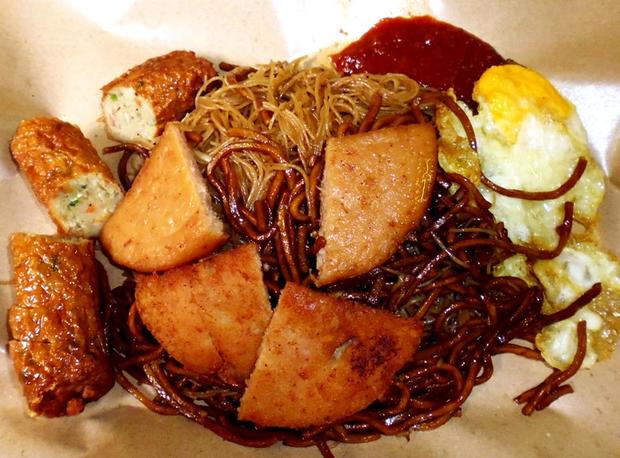 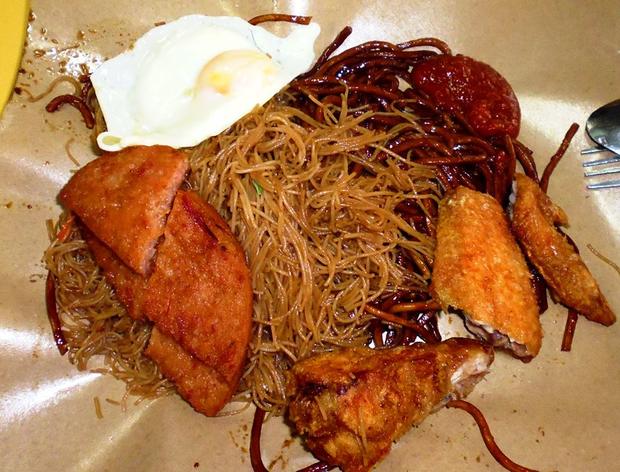 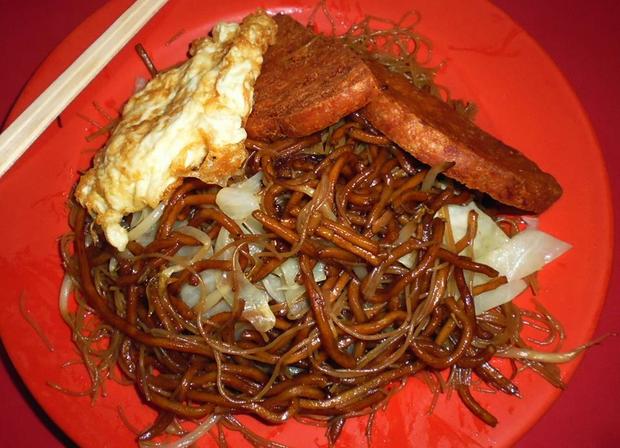 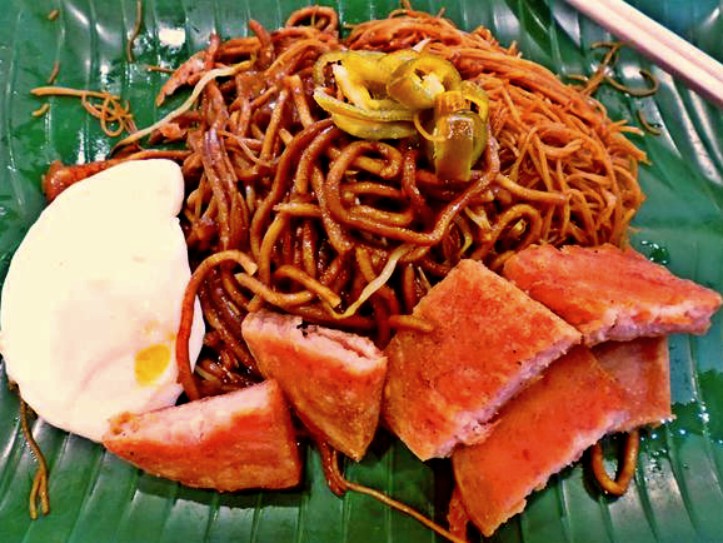 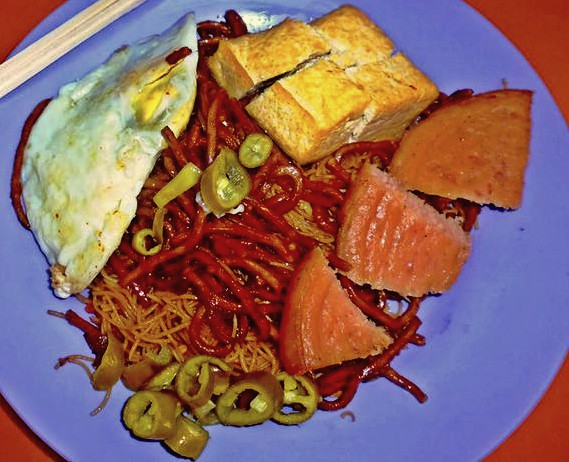 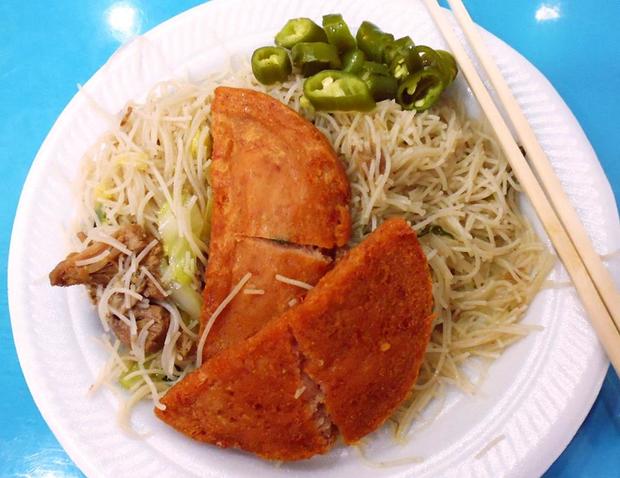 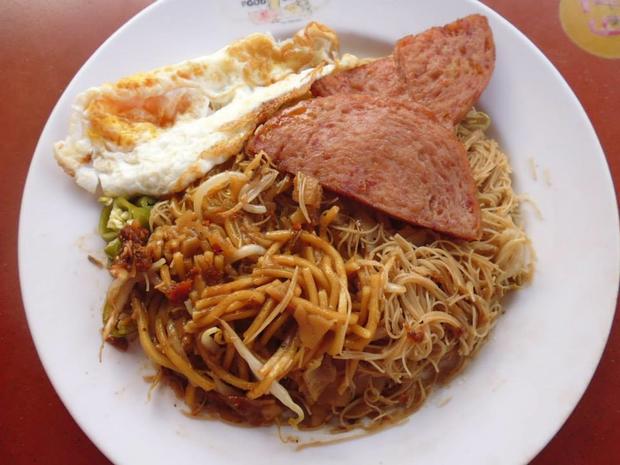 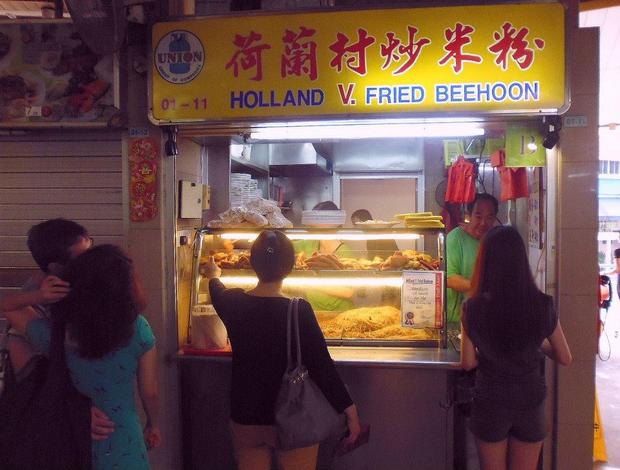 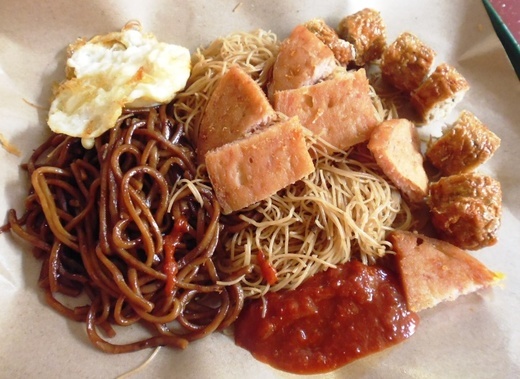 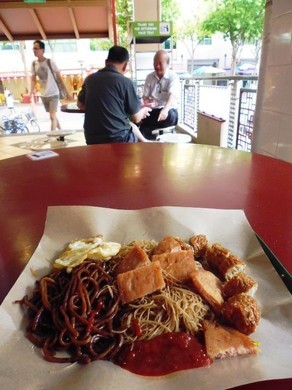 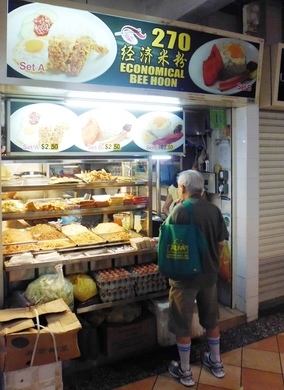 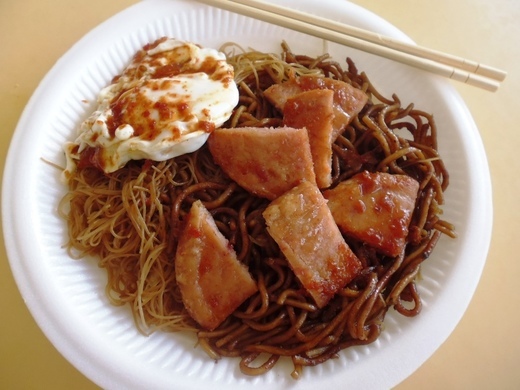 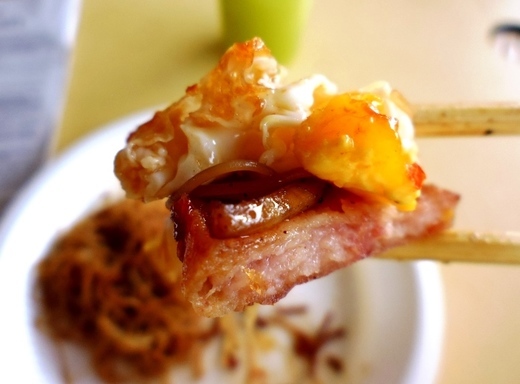 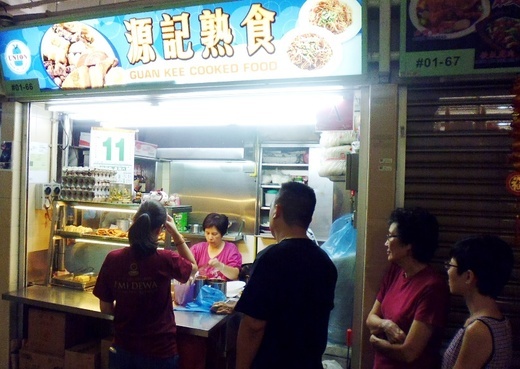 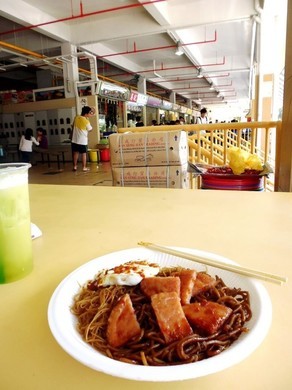 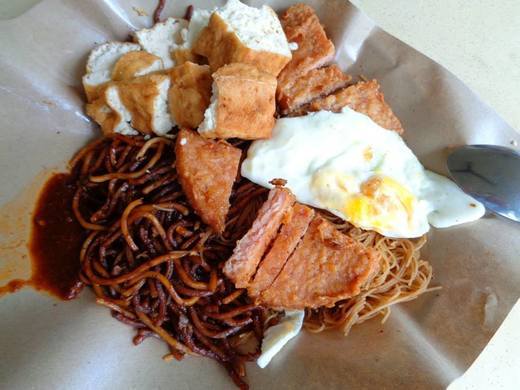 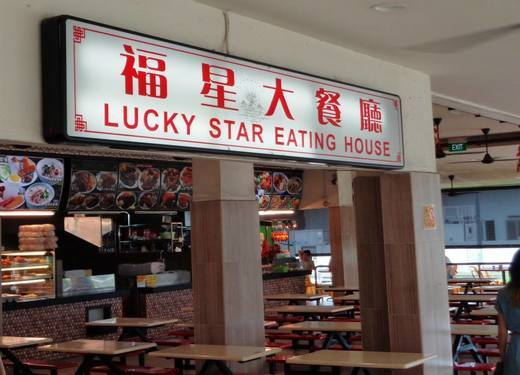 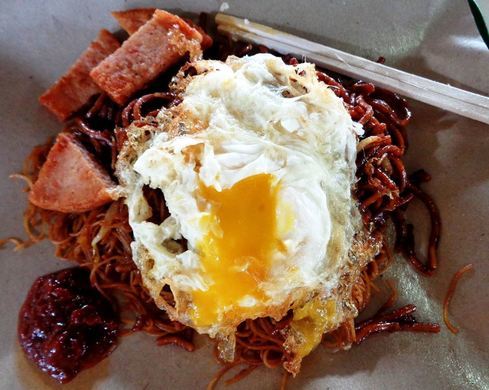 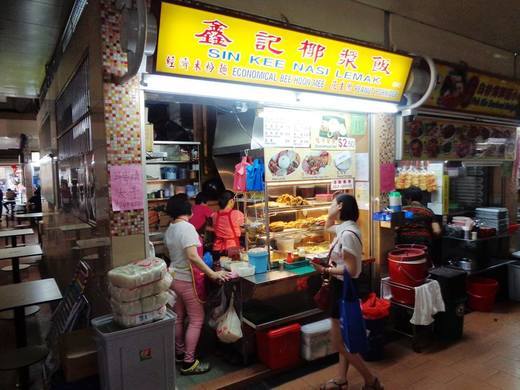 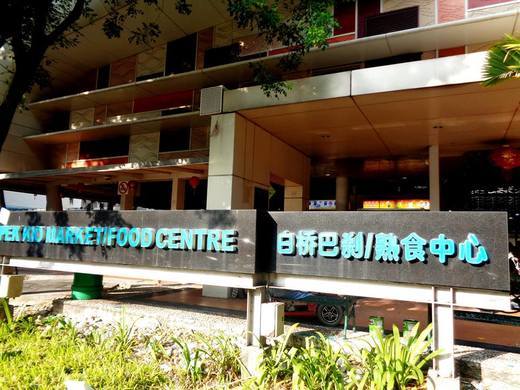 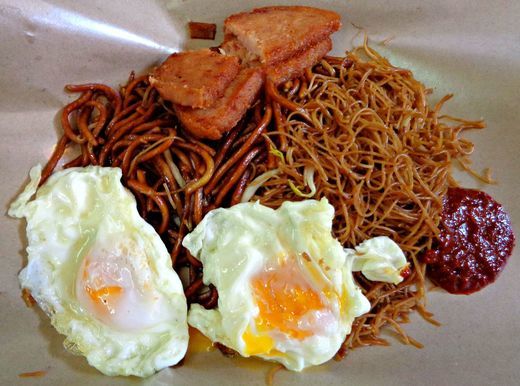 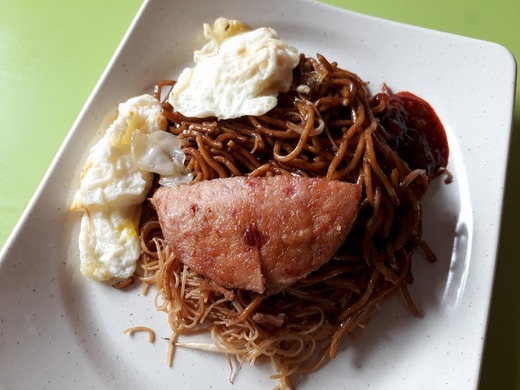 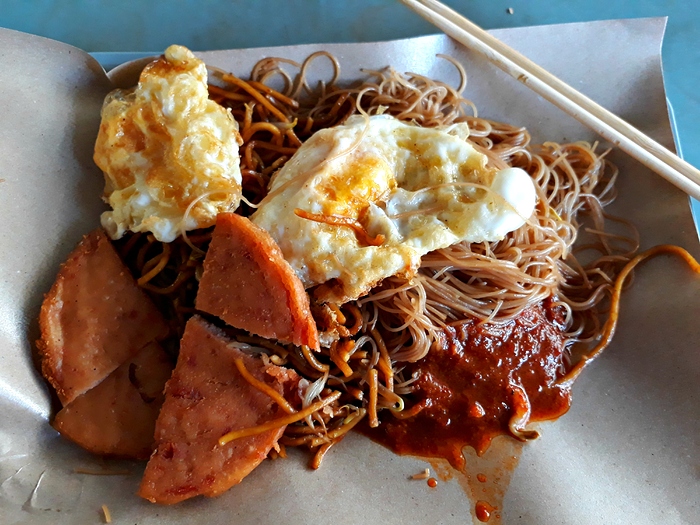 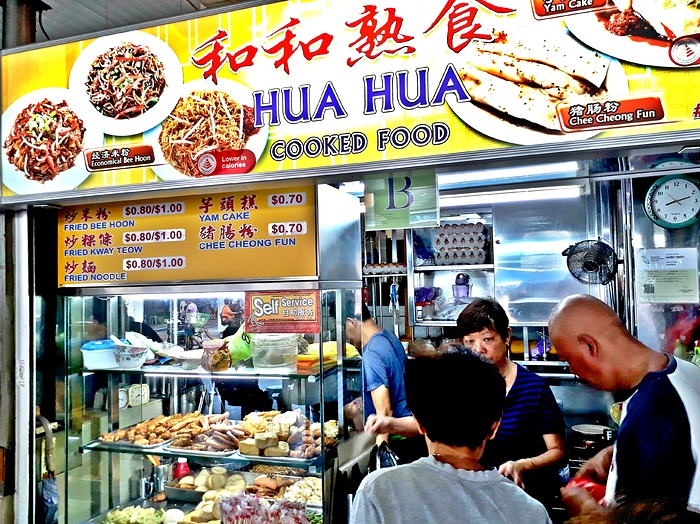 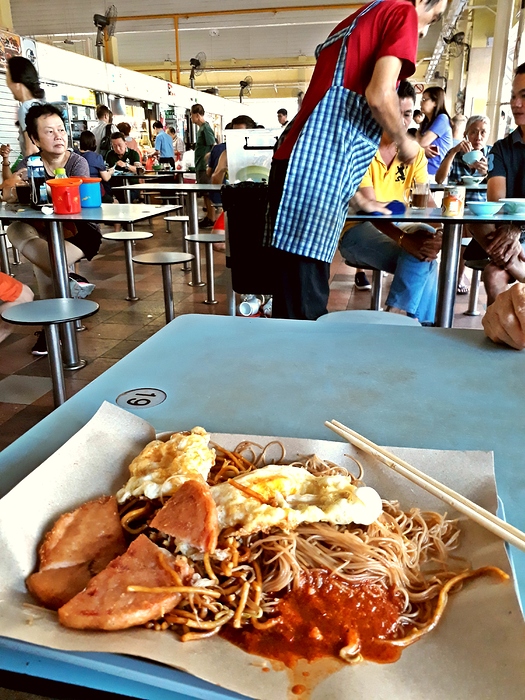 Hi,
I recommend you to go to Tanjong Pagar food centre.

Thanks for the heads-up. I’m going to try my luck and pop down there tomorrow. Hopefully, it’s not their Sat off. 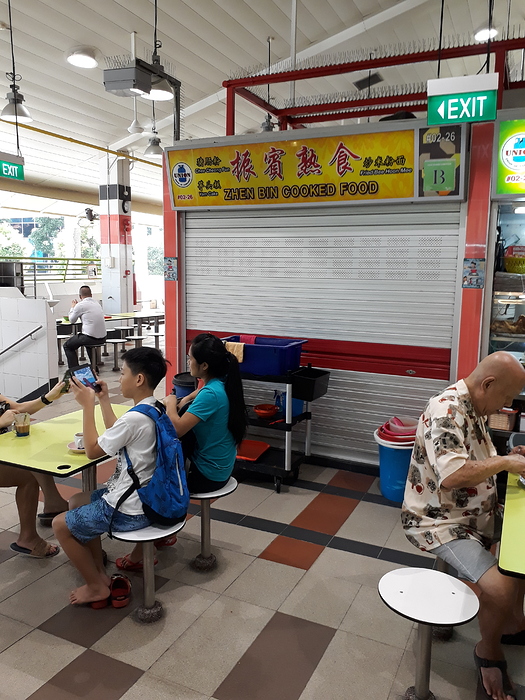 Arh. :(. Go next Sat please. I am very sure you will love it. Chat with them, very friendly Cantonese couple.

Its mix of Hokkien mee and beehoon had the perfect flavours and textures. Never in a hundred years can I find this kind of quality in Malaysia, but it’s everywhere here in Singapore! 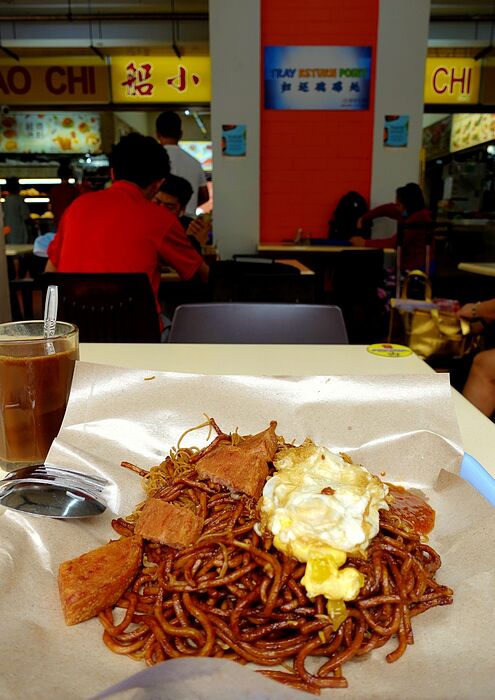 Singapore-style economy beehoon mee will have a small amount of caramel added to the Hokkien noodles during the frying process, which is never the case in Kuala Lumpur, Penang or other major Malaysian cities (with the exception of Malacca, and perhaps Johore Bharu). The quality of luncheon meat used in Singapore is also much better.

The one I had here was sheer perfection: 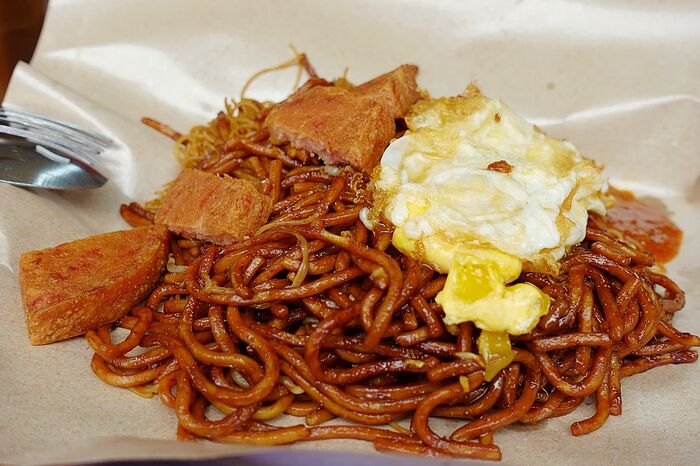