Great dim sum halls I used to eat at in Kuala Lumpur in the mid 1970s served sweet red pork buns. Mind you, these halls were filled to the brim with Malaysian Chinese people. I seem to remember getting sweet red pork buns sometimes when I was in Hong Kong in 1987, too, but my memory is much clearer from Malaysia because I was there for 2 years and whenever we were in KL, we generally went for dim sum at the Mandarin Court at the Hotel Merlin every Saturday morning.

I agree about the apathy, but at least two of the servers have been there for years… I don’t think it’s fair to say they’re just short term. Besides, the menu is tiny there isn’t that much to get to know, it’s not like people are ordering full dishes from the kitchen too.

@bcc, yeah agreed, the cha siu bao filling is far too sweet, the last time I went at least.

the cha siu bao filling is far too sweet, the last time I went at least.

Apparently, BBQ bun is the signature dish of Tim Ho Wan. Several people told me so, and even a few articles have written about it. 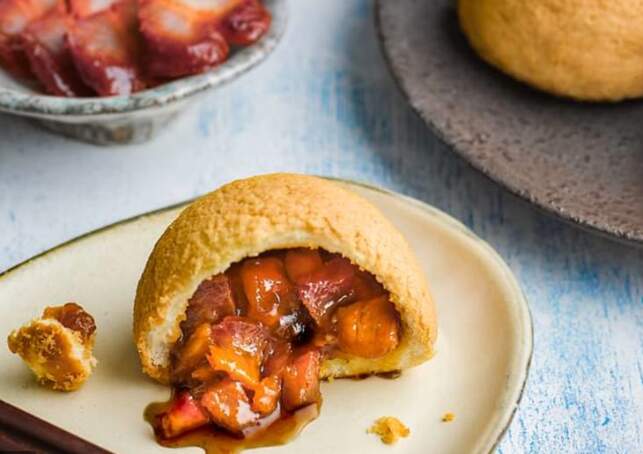 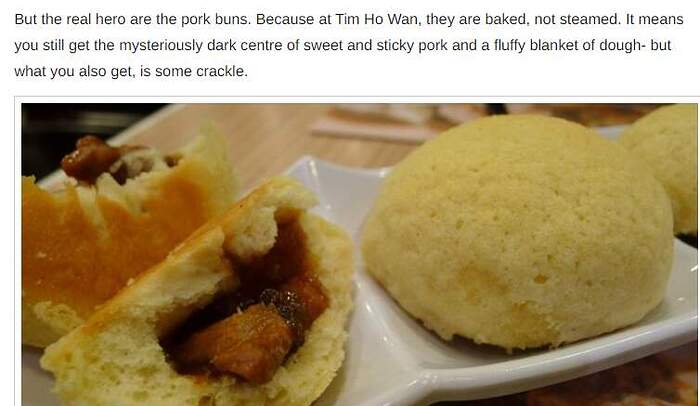 Like I said and always said, there is a small population of Tim Ho Wan supporters. They are vocal, although not very numerous as the Tim Ho Wan I have been too is not very full (while other restaurants have lines).

Oh yes, I do not like these famous baked BBQ buns. Nope. Not for me.

Back to NYC dim sum, I’m wondering if anyone has been to any of the many non-Chinatown spots that have opened up in recentyears.

I was mainly thinking about

But there are a whole bunch mpre:

For completeness in terms of non-Chinatown, we’ve already discussed here or elsewhere:

NYC specialty for me are the Katz’s pastrami egg rolls at Red Farm. Nothing like this in California - yet! 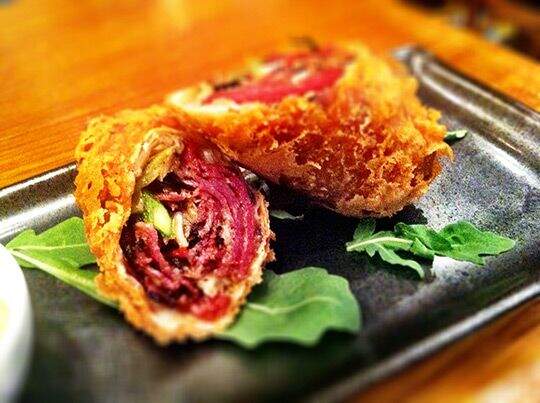 That’s a useful list and it gives me something to eat my way through this fall. Thanks.

We can compare notes…

Reporting back on Dim Sum Palace - one of the midtown locations.

Wasn’t expecting much, but it was pretty good! We had har got, black bean spare ribs, shiu mai, cheong fun (beef and shrimp), spring rolls, and a few other things.

Price point higher than chinatown, about the same as other uptown alternatives (avg $8/dish).

Katz’s pastrami egg rolls at Red Farm. Nothing like this in California - yet!

Let’s hope it stays that way.

thanks for this! they used to gave a 1/2 off happy hour from maybe from noon to 4, not sure if that ended.

Reminded me that Pinch used to do a dumpling HH that I never actually made it to, but no longer.

The guy at Joe’s Steamed Rice roll gave us a very imprecise reccommendation: Cantonese Seafood / Dim SUm on the 2nd floor a few blocks from his spot. So I think it could be New Mulan. Has anyone been?

If it’s the one on 46th, betw. 8th&9th you’re talking about, this is indeed good to know. Could well be my Happiest Hour on Wednesdays (only day when I’m free) in the fall.

PSA that Shun Lee has managed to make its previously expensive dim sum more exorbitant - $12/plate. It was delicious, but better to go in with eyes open (I was expecting $8-9 and had a bit of sticker shock).

We have eight confirmed for Dim Sum, give a shout if you’d like to join. best,

Congee Bowery has rebranded, and is now serving pretty much its old menu, with the addition of 37 dim sum dishes. I went with a party of nine today, and the food was at worst respectable, and at best very good. But its real advantage is that it takes reservations, and it’s huge and uncrowded. The main floor - of three - was full, so we were the only party seated upstairs, which made me nervous that the service would be inattentive (as Yelp complains). It was not. Dishes came out fast and furious…

Had another lovely meal at Jong Fong UWS. Impromptu dim sum with out-of-town visitors, only about a 10 min wait which I was very pleasantly surprised by.

The shiu mai was the best yet - good flavor, well-formed, dainty, perfectly cooked. The turnip cakes were new to me at this location - I thought they were very flavorful, but the texture was a bit off (they fell apart while serving), and yet my Chinese friend loved them so much we got a second order. Shrimp wafer roll also best yet. Only minor disappointment was the har now again - as I reported before, the skins were too tacky (though the filling was perfect). Tried the Peking duck dumplings, which were good, again my friends loved them enough to reorder

We also got the sticky rice, which I rarely ever do, but it was good. I forgot about the crab dumplings. Could have eaten a few more things but we would have burst.

The turnip cakes were new to me at this location - I thought they were very flavorful, but the texture was a bit off (they fell apart while serving), and yet my Chinese friend loved them so much we got a second order.

I’m with your Chinese friend on this. I love the loose texture of the JF turnip cakes. (Remember this?)

I had food delivered from the 40th St. Dim Sum Sam today. Earlier this year their Flatiron location had had an enthusiastic evaluation from Eater: 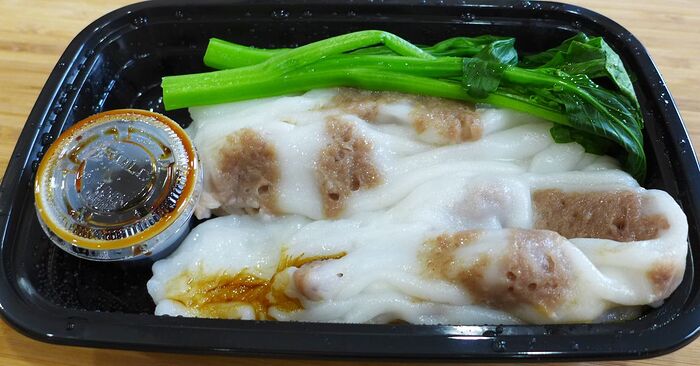 My evaluation is less enthusiastic.

The “sui mai” (their spelling) did indeed have a single fat shrimp in each dumpling and a sprinkling of roe on top, as Eater extolled, but besides bragging rights I can’t say it brought much else to the table, the shrimp being a bit chewy. The shrimp in the har gow were much better, but the absolute star of the show was the accompanying smoky-peanutty chili sauce.

Going down the list, the noodle rolls were indeed satisfactorily stuffed as Eater reports, but in a very chewy wrapper. Further down were the meats on rice. I had the chicken leg and pork belly combo. There are thoughtful touches, such as the pickled vegetables on one side and the greens on another, but the chicken leg, although large, was very chewy, and the pork belly came from a pig that seemed to have been doing strenuous slimming exercises.

Not strictly on-topic, but close enough: the wontons in chili oil I had recently from a Lan Sheng delivery (“Chengdu wonton w. red oil and soy sauce”) were fantastically good. The perfect balance of salt, sweet, sour, and heat. And that’s just the sauce. The dumplings were juicy and the wrappers were perfectly Goldilocked: precisely balanced between too thick and too thin.

(The sauce was so good that I stirred what was left into my lo mein noodles – sue me, but I like their texture – and gave them a wonderful zing.)

[To complete the story, the frog with pickled chilis was subpar – because the “frog” turned out to be lamb. It was tasty, but not what I’d ordered. I registered a complaint, but between the delivery service and the restaurant pointing fingers at each other, I didn’t get far.]