Melting marvels: the top 10 toasties of all time 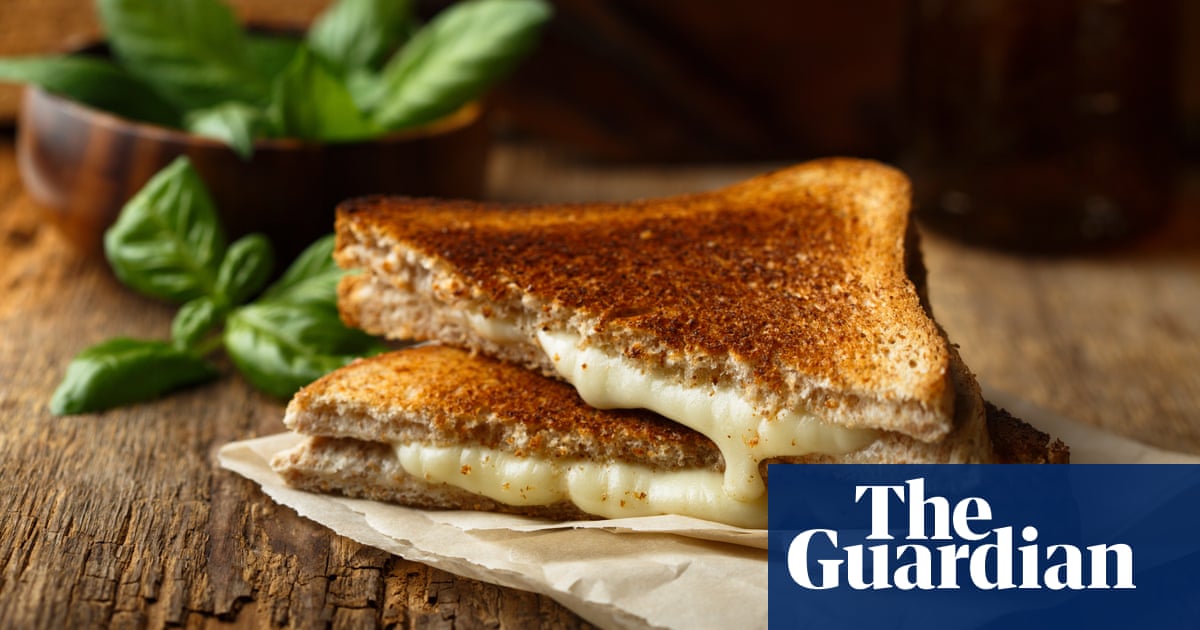 Melting marvels: the top 10 toasties of all time

Lockdown has made us obsessed with bread, and now it’s time to choose the best fillings for toasted sandwiches – from cheese and ham to Nutella and Snickers

I’m depending on Harter’s expertise here.
Do folks actually eat these things?
A bean sandwich

I’m depending on Harter’s expertise here.

I’m very much a traditionalist. We used to own a Breville but never got beyond the classic cheese toastie. Have to say that I reckon this “Top Ten” is yet another of those made-up lists. Or maybe it’s the journo’s personal likes. She mentions a particular gastropub in London - but doesnt mention that said gastropub does not have a toastie on its menu.

So, as to whether folk actually eat these things, the cheese and onion, and the cheese and ham would be almost the classic toastie which you will invariably see in cafes that sell toasties. And I’d certainly eat a haggis toastie if one was on offer.

Chicken and stuffing makes a perfectly acceptable sandwich and, personally, that’s how I’d prefer to eat it - although heating it up in a toastie would be fine. The beans and Worcestershire is something that I eat on toast for lunch, using cutlery, but it’d be messy to eat it a a sandwich. Banana is also a sandwich favourite of Mrs H so I see no reason why not as a toastie.

None of the others hold any appeal. Of course, that’s not to say that they wouldnt appeal to others.

I used to love a pork and bean sandwich with mayo, not toasted though. I might try theirs.

Can you see my head exploding?

Oh come on confess. I’m sure you ate weird stuff when you were a kid.

I like chutney or fig jam on cheddar cheese grilled sandwiches.

Or Branston Pickle. I wonder if Black Bomber cheddar would make a good toastie?

My mother made great baked beans using yellow eyes. She always took a (mashed up) cold bean sandwich for lunch the next day. I had a few back then and they were actually quite good. Although I seriously doubt one went in my Italian father’s lunch pail. Bean sandwiches were not all that unusual in New England years ago.

I wonder if Black Bomber cheddar would make a good toastie?

It should make a fantastic toastie. Black Bomber is one of the best UK cheddars that are not made in “Cheddar country” of southwest England. The original plain version is, to my taste, by far the best - fully matured and very tangy. I have a tried a couple of their flavoured versions but don’t like them (but then I generally don’t like flavoured cheeses). I think a Black Bomber & Branston toastie would work.

By the by, the company is based in Llanwrst in North Wales which, I think, is the village where my parents spent their honeymoon in 1947.

Thank you John for the information. The Black Bomber was an impulse buy at my local Grocery Outlet because the name rang a bell. When I discovered how wonderful it was I wanted to rush back and buy out the store. Now I am in love and I fear when I get back it will be all gone. I think I will just savor it with a glass of wine.

I think I will just savor it with a glass of wine.

Perfect. I’m sure that’s the reason the French serve the cheese course between the main course and dessert.

If open face count, dh and I used to love midnight snacks of a slice of bread slathered with mayo and chopped onion, run under the broiler.

Green chiles on bread under a blanket of cheese are pretty wonderful too.

I’ve come to realize that “toasties” refers specifically to the appliance that seems to frequent thrift store shelves in America.
So my question is, do folks eat regular grilled cheese sandwiches over there or are these things as common as coffee makers?

Whilst the Breville toastie has gone out of fashion (at least, in comparision with years gone by), the American “grilled cheese sandwich” has been imported. Of course, the American definition of “grilled” is different from the British definition. So, even though we are frying the sandwich, not grilling it, it’s usually called by its American name. Personally, I’m not as fond of it as a more traditional grilled cheese on toast, or Welsh rarebit. I suspect there’s still more cheese on toast cooked than grilled cheese sandwich.

Am I right in thinking that a “thrift store” may be something similar to what I’d call a “charity shop” - a shop run by a charity selling pre-owned stuff that’s been donated to them?

Yes. Exactly. Those show up consistently along with panini presses and other counter space wasters.
But good stuff shows up in the melange so
I always look.

Mrs H does quite well finding nice little serving plates, jugs and the like. And I always used to look for bargains in military history books - but the charities have got wise to values in recent years so nothing really to be had.

Whilst the Breville toastie has gone out of fashion

By co-incidence, our monthly BBC Good Food magazine arrived today. And there’s a briefish consumer article on sandwich toasters. The Breville is the “best buy” for traditional at £25, following by a "best budget model, the George Home at £18. And there’s an upmarket “star buy” from Cuisinart at £50. The toasted sandwich is not dead, it has only been sleeping.