Some are so determined the 2 never mix (well) and never touch it. I like quite a few such as herring, fresh roe or prawns with cream. This is particularly common in northern European cuisines.

I tried grilled clams with melted cheese in Chile. The starter was made popular by Italian immigrants.

Seafood in coconut milk. What about that then?

A different approach for us. Worth flavoring the poaching liquid. I prepared a small batch and adjusted the ingred lists. Light snack. 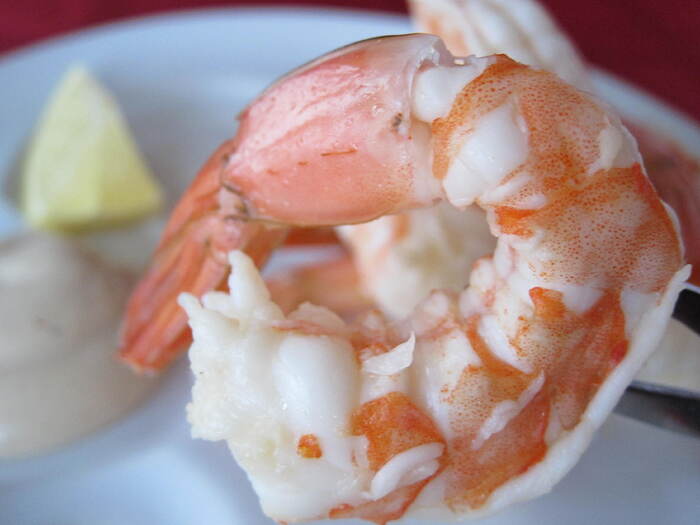 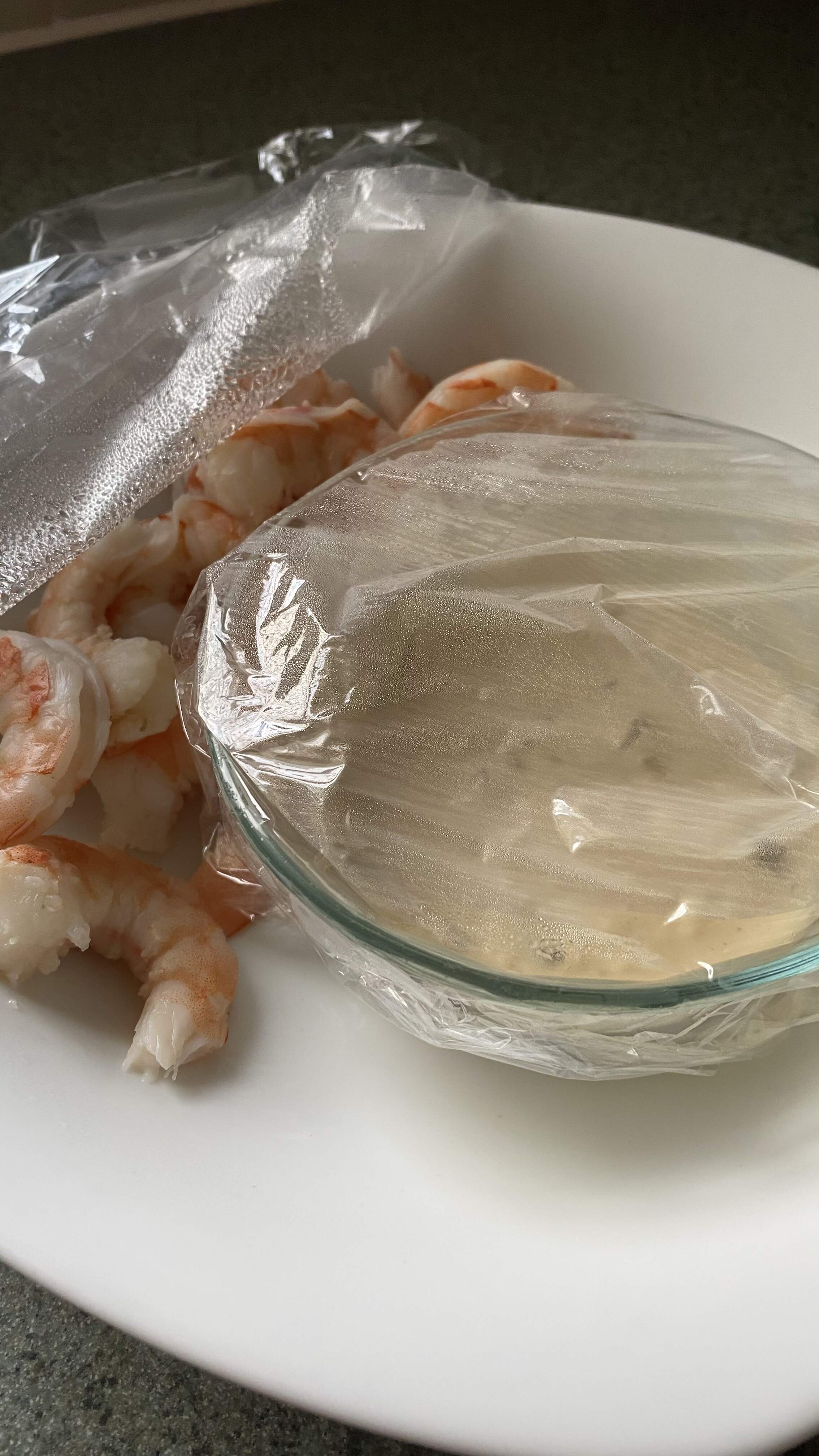 The no fish and dairy business comes from Italy. The Italians cook fish in olive oil, and in 99% of their cuisine, they do not mix olive oil with dairy.

I like to top spaghetti carbonara with whole shrimp, and with the TJ’s “seafood medley” (shrimp, calamari, scallops), lightly sauteed. I’ve also made salmon lasagna.

Yeah, that’s why I was surprised the Chile guide book mentioned clams with cheese idea came from Italian immigrants. I tried the dish anyway. There are photos of it online (look up “Chilean clams with cheese”). Overflowing with cheese!

And then there’s sole cooked in (heavy) cream, covered with a layer of parmesan and goes under the grill.

Mussels (or prawns) with feta is one of the most popular dishes in Greece. Either or both is on menus nearly everywhere in Greece.

I sometimes make a creamy pasta with prawns or clam meat.

And don’t forget the incredibly delicious Coquilles St Jacques. Not that I’ve made those in a long while, but I do break the no cheese and dairy rule with seafood regularly. Not too many hard rules observed in my kitchen.

Yes, there are exceptions to this “holy rule.”

Then there is New England clam chowder…

Yes! Or crab, lobster or mixed seafood quiche - oh my. Not to leave out the vintage, yet delicious classic, Lobster Thermidor. Also seafood gratins - literally to die for! Crab, shrimp or lobster melts too!

And that’s the reason they invented Manhattan clam chowder.

To right the wrongs of the French.

I have a 30-year-old yellowed cartoon from the Cape Codder newspaper in a magnetic frame on my refrigerator - two women sitting in a jail cell. One asks the other “So, what are you in here for?” and the other says “I put tomatoes in a clam chowder”.

It exists in several cultures, some very old. My grandmother explained it as food rules for the masses based on spoilage science of the regions and times. That seems plausible.

So I didn’t grow up eating fish and dairy in any combination, but I now enjoy seafood gratin / pie, and Coquilles st Jacques which is not that far in concept and execution.

Tuna melts - not yet. Hot canned tuna I haven’t gotten around to, because I’ve only ever eaten canned tuna cold my whole life. Heat it and then add cheese… my brain isn’t allowing that one yet.

The tuna isn’t hot, at least the way I make it, which is to put tuna on toast, top with tomato and cheese, and run under the broiler for :30 or so. The only thing hot is the cheese.

I 've never seen or heard of anyone heating the tuna and cheese together, although you can make a grilled tuna melt, also. But the tuna doesn’t really get hot that way either. 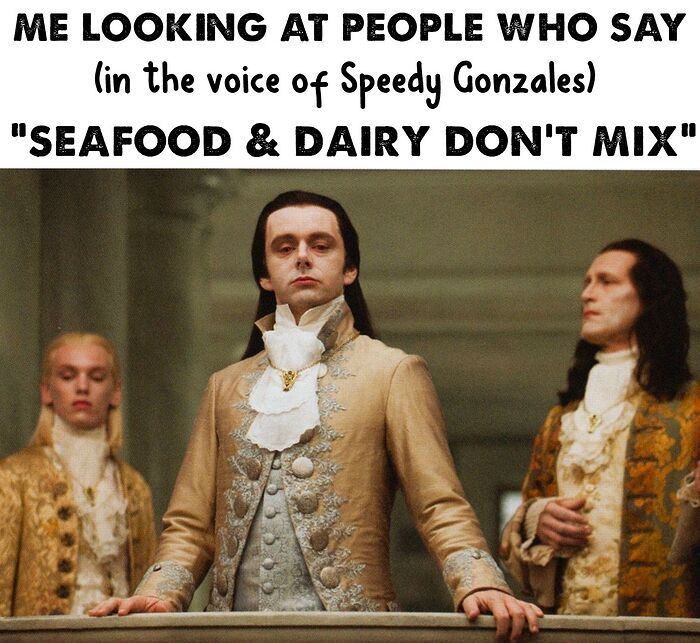 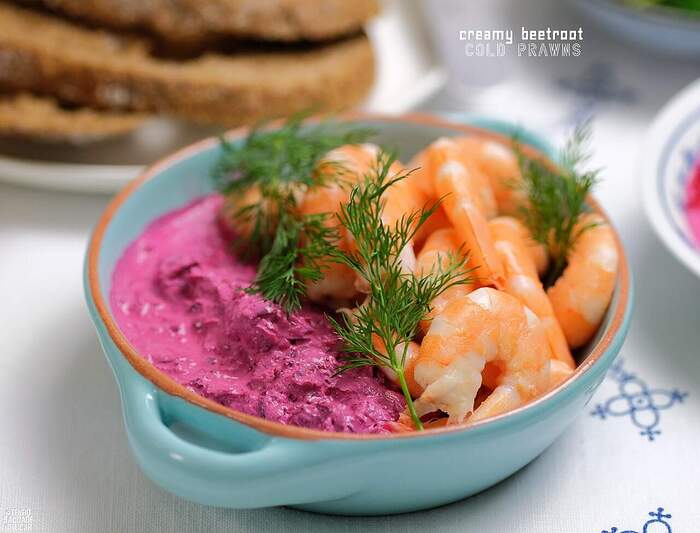 With Rollmops (sliced into big pieces) 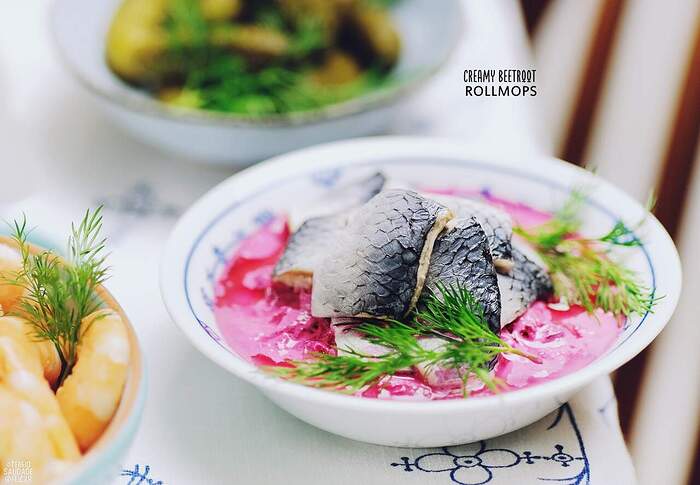 Fishmonger pulled these out of the trout and dumped them onto a tray. I picked out a few good sacs. I think it’s OK to freeze the fresh sacs. Next time I have to scoop a kilo or more, portion and freeze. 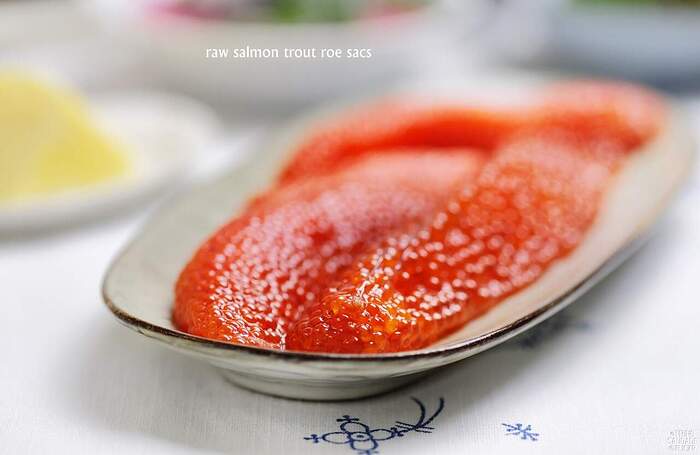 And I say (in voice of Speedy Gonzales): 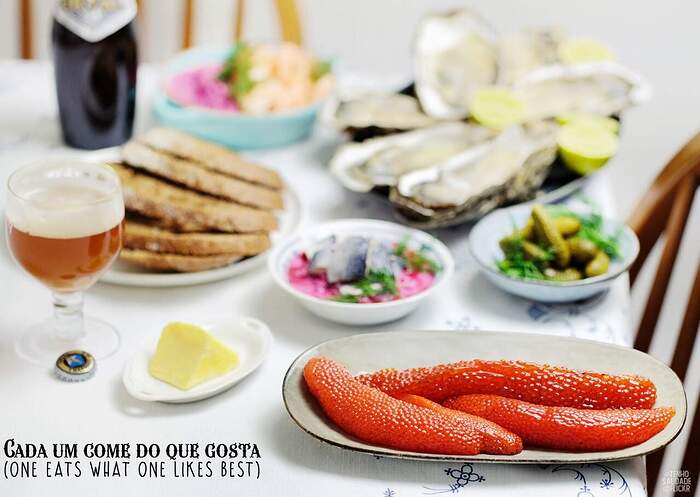 Btw, when it comes to oysters I draw the line right there. The only thing raw oysters need is lime/lemon juice.

Speaking of seafood with dairy, a town about an hour inland from Venice cherishes this certain dish. Look up “Baccalà all vicentina”. It has an interesting backstory. Check out the link. Maybe you’ll learn something new today.

Cut and dried… The story of Baccalà

From shipwrecked sailors in Norway to the tables of Vicenza, Julie Carbonara tells the extraordinary tale of baccalà all vicentina. My mother was a good, plain home cook but fish was not her strong point, which is why Fridays were not my...

Hummus with tomato and boiled egg 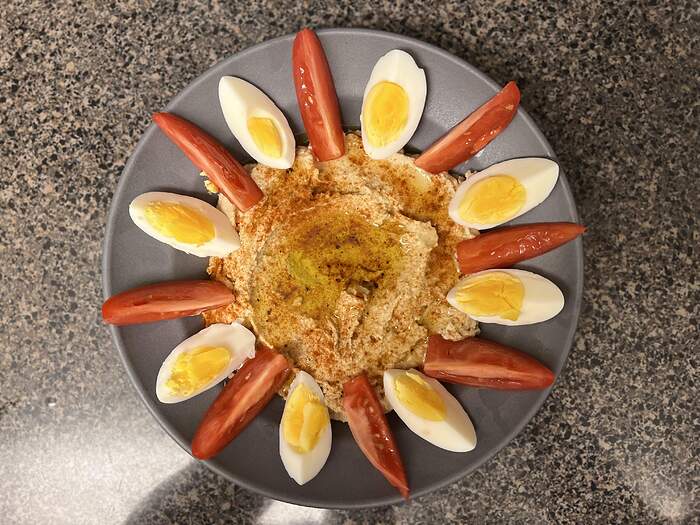 Perfection - looks like a plate of sunshine! I’m sure it was tasty too.

Same hummus as a few days ago, but with spiced ground beef. 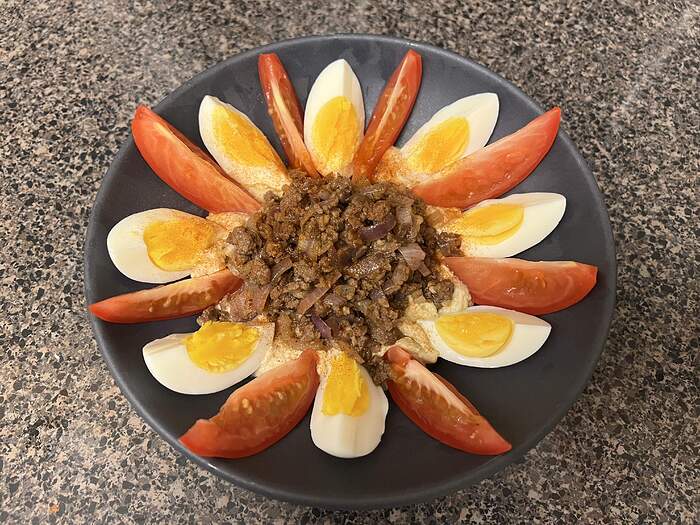 What do you mix with the ground beef? It looks like you layer the meat over the hummus. I’ll have to try that.