Before Malaysia, there was a clutch of sultanates and also directly-ruled colonies like Penang (founded by the British in 1786) and Singapore (founded in 1819) which became a federation of states known collectively as British Malaya by the late-19th-century. This two-century-old relationship meant the Malaysians & Singaporeans have always seen their ties with Britain as something very “special”. Generations of Malaysians and Singaporeans have been educated in the UK - members of royalty, prime ministers, etc. When Malaysia achieved its independence from the UK in 1957, its first-generation leaders then were all British-educated.

It was said that when Tunku Abdul Rahman, the Cambridge-educated prince from Kedah, who was to be Malaysia’s first Prime Minister, announced to the Malayan students in London that their country was to become independent, they carried him on their shoulders around the Malaysia Hall, then situated in Bryanstone Square, near Marble Arch.

I remembered my first time at the Malaysia Hall Canteen in Bryanstone Square, joining a long queue of Malaysians (mainly students) in the late-70s. Then, it was the only place where we Malaysians & Singaporeans can have a taste of “home”. The Toishan-Cantonese fare down in London Chinatown were off-limits to the Malays who’re Muslims and do not partake pork nor non-halal meats there, whereas to us Chinese-Malaysians and Chinese-Singaporeans, we sometimes long for the chili-heat which characterises many of our Malayanised Chinese dishes rather than the bland, rustic Chinese fare of London’s Toishan-Cantonese.

In 2004, Malaysia closed down its original then-50-year-old Malaysia Hall Canteen in Bryanstone Square. It elicited howls of dismay from generations of Malaysians who had dined there, and made headline news in Malaysia and Singapore, as the student-centred Malaysia Hall was the birth place of prominent student organisations such as the socialist MASS (Malaysia Singapore Students Forum), among others. In response to the public outcry, the Malaysian High Commission procured the former York Hotel site on Queensborough Terrace and spent £5 million to refurbish the building. The new Malaysia Hall was born and, with it, the indispensable canteen. 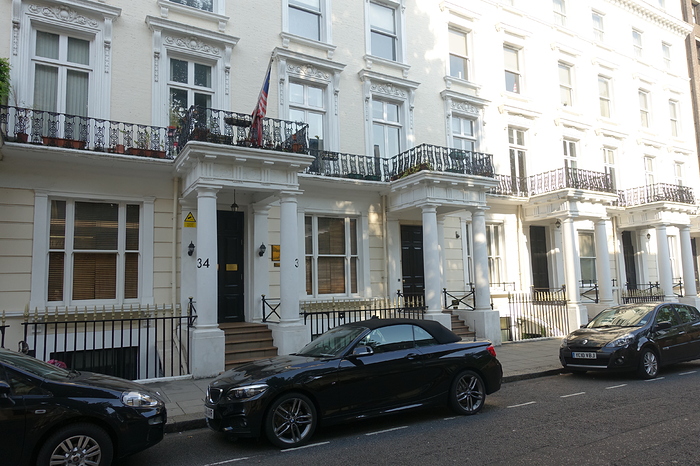 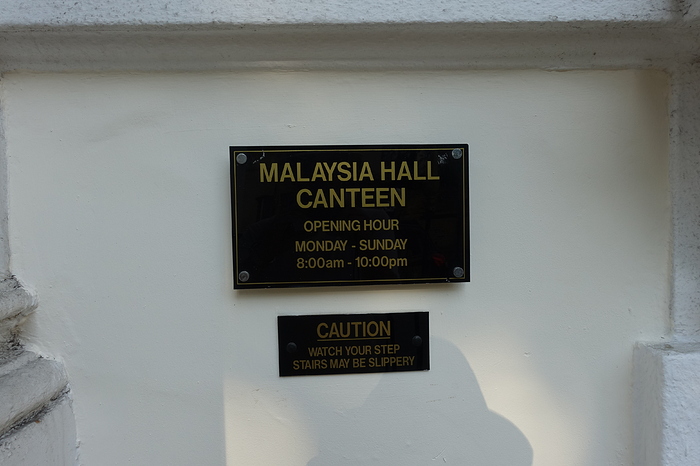 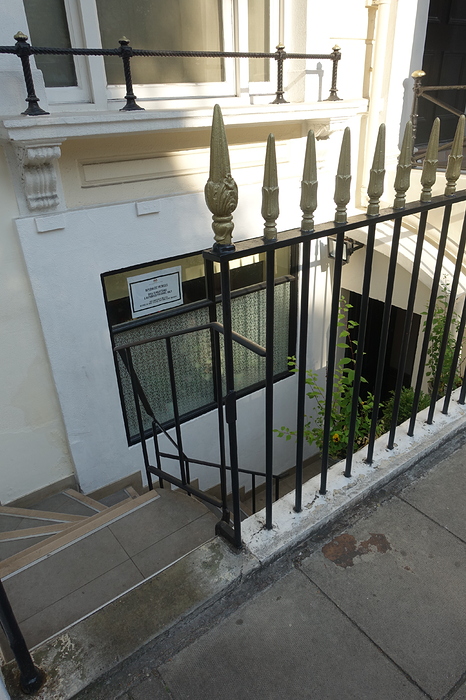 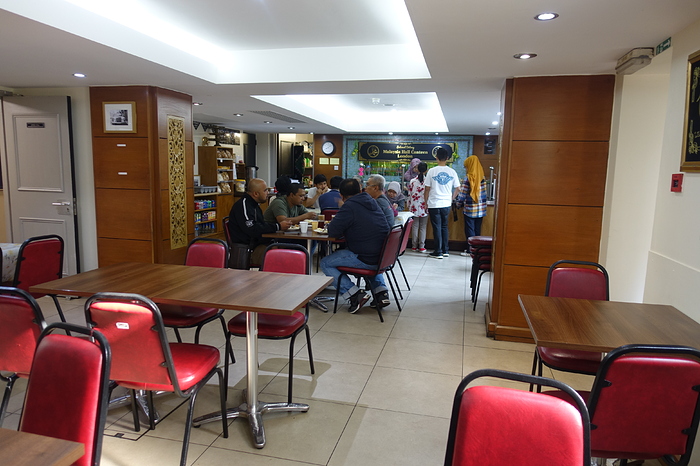 Malaysia Hall Canteen, through the last 7 decades, is always run by a Malaysian government-appointed operator, usually a Malay-Muslim chef. There has been quite a few changes of operators - some have opted to stay on in London after the end of their tenure to start their own food business, like Tukdin and Makan Place.

Well, it seems that the current operator (since April 2018), Hairani Muhammad and her husband Azhar Kamaruddin, of the popular Makan Café in Portobello, once ran Malaysia Hall Canteen at the old Bryanston Square location in the late 90s, so it’s a homecoming of sorts for the couple.

The spread of traditional Malay breakfast food options when I was there last Saturday was every bit as authentic and affordable - since the eatery is partially subsidised by the Malaysian government. 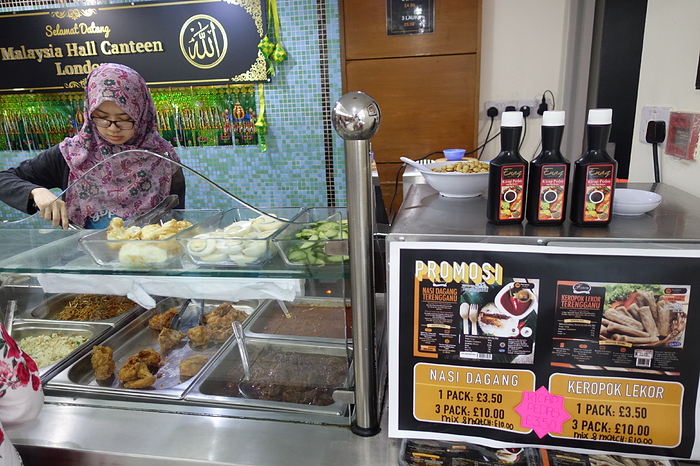 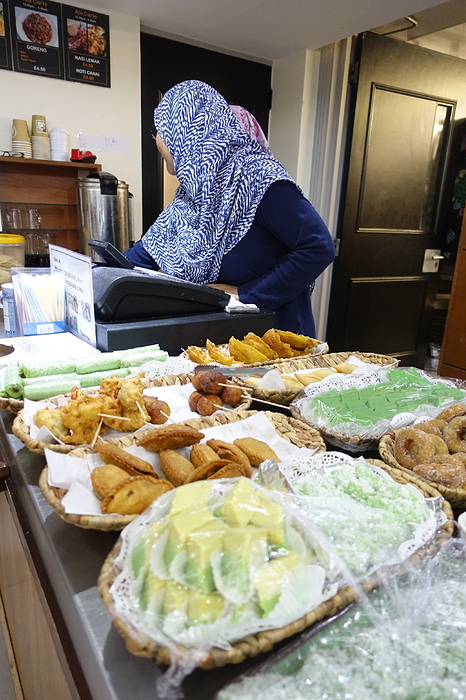 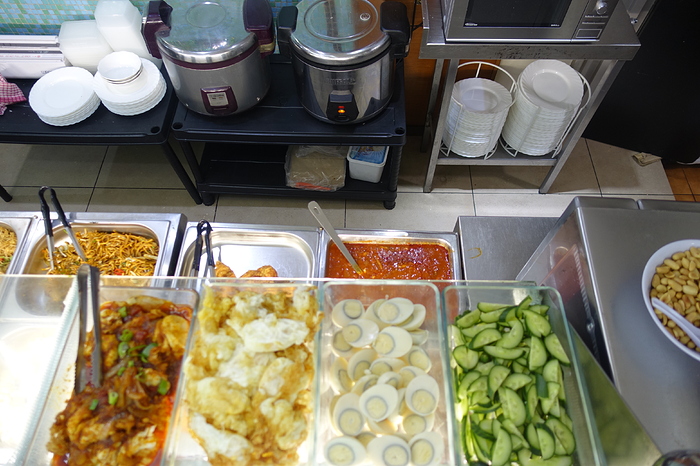 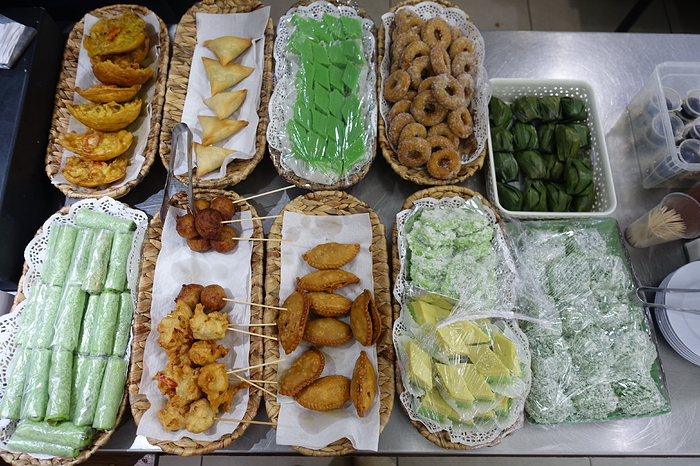 I tried the de facto Malaysian national breakfast: Nasi Lemak, with Beef Rendang, Ayam Goreng Berempah (spiced, fried chicken) and Bergedil (potato-chicken croquette). The dish comes with the usual sides of toasted groundnuts, crisp-fried anchovies (ikan bilis), a wedge of hard-boiled egg, slivers of fresh cucumber and generous lashings of spicy-red sambal. 100% authentic - only possible here at the Malaysia Hall Canteen. And all for just £5! An absolute bargain - although I remembered my similar meal back in 1979 was under £1! 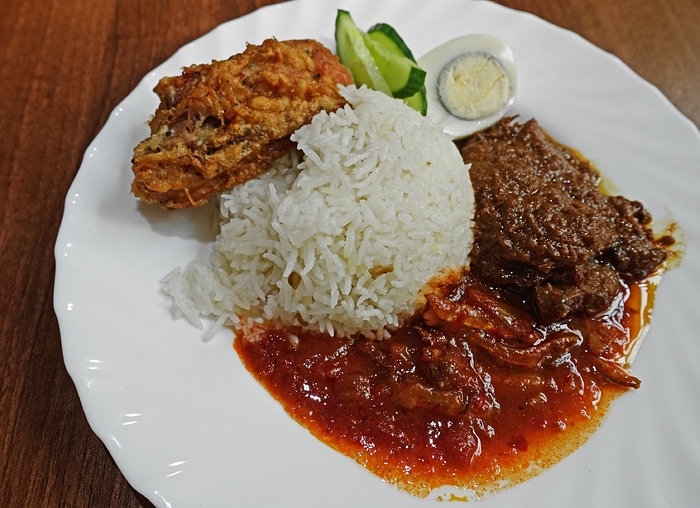 I also tried the Malay-style Mee Goreng (fried noodles), but it came across as pretty bland and greasy. Avoid. 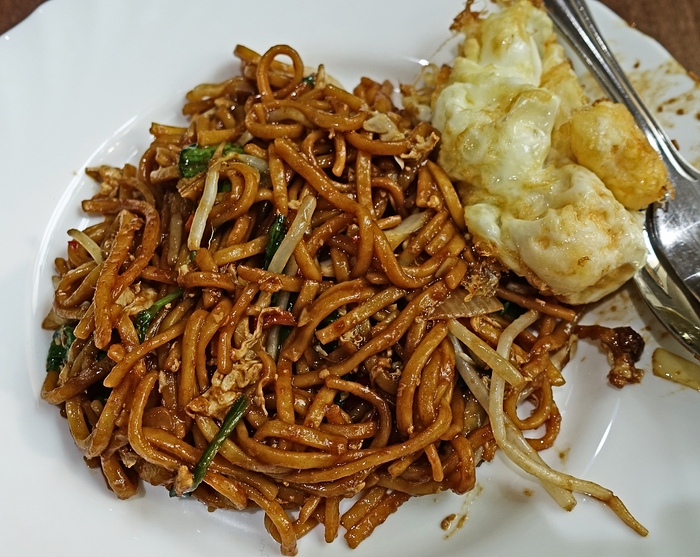 The Malay-style curry puffs here are pretty respectable - filled with curried potatoes-peas-carrots and diced chicken, for 60 pence each (compared to £2.80 for a curry puff from Singapore’s Old Chang Kee over at Covent Garden). 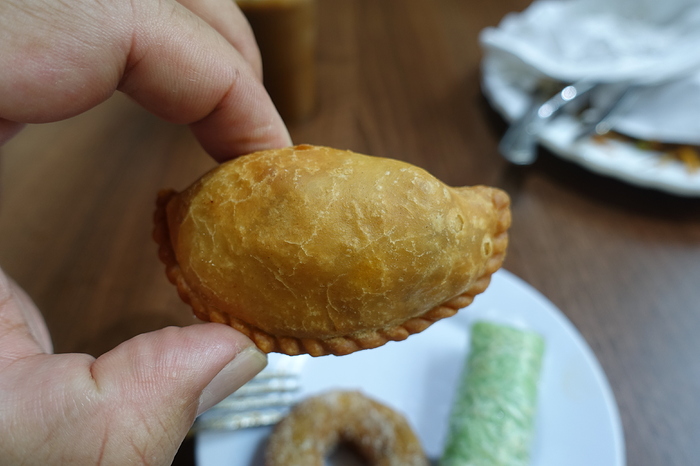 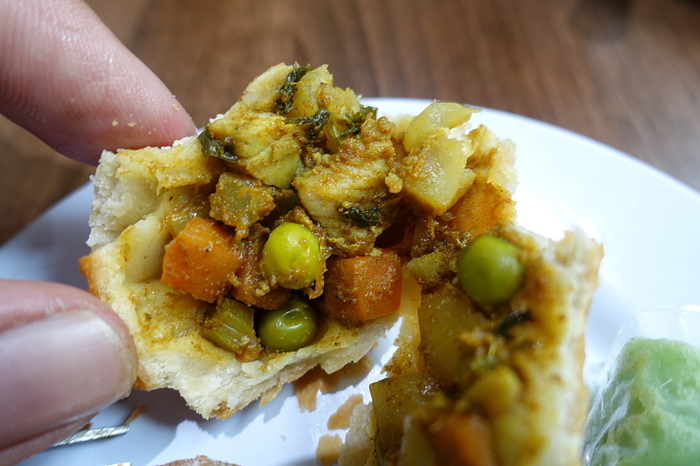 The other Malay kuehs (sweetmeats) are all pretty authentic - also sold for 60 pence a piece: Kueh Dadar, the pandan-flavoured moist crepe filled with freshly-grated coconut & brown sugar, and Kueh Keria, a dense Malay donut incorporating mashed tapioca into its batter. 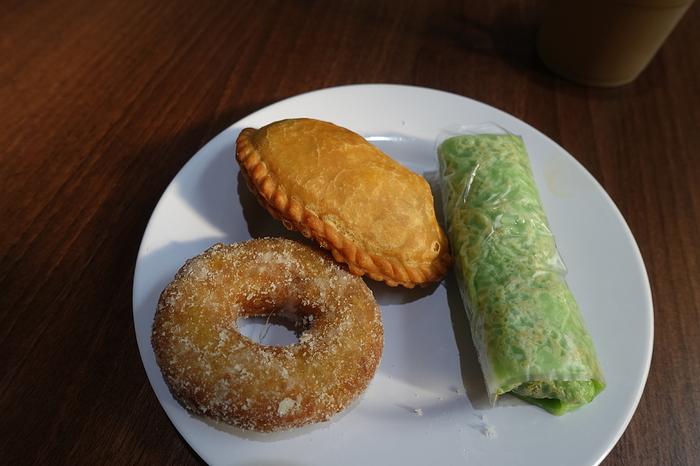 I know that, if I ever miss good Malay food, Malaysia Hall Canteen will be that dependable fallback option. Mind you, the place is pretty spartan - its original purpose was for Malaysian students to meet and have a taste from home. 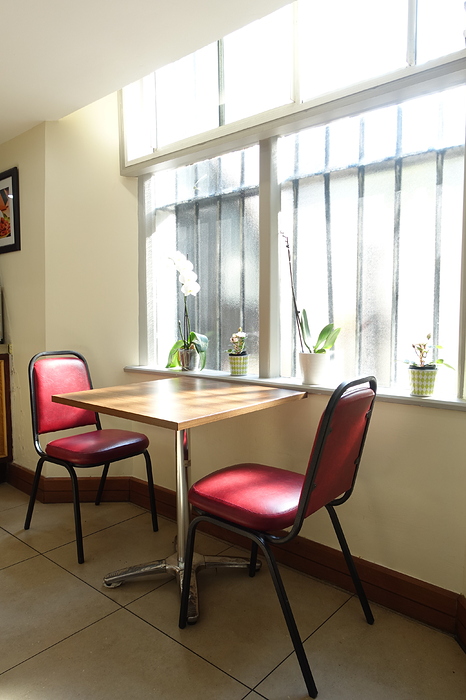 Lunch and dinner-times are the best times to explore this place. It does get crazily busy though and, if you’re not Malaysian, make sure you get a Malaysian friend to bring you along! 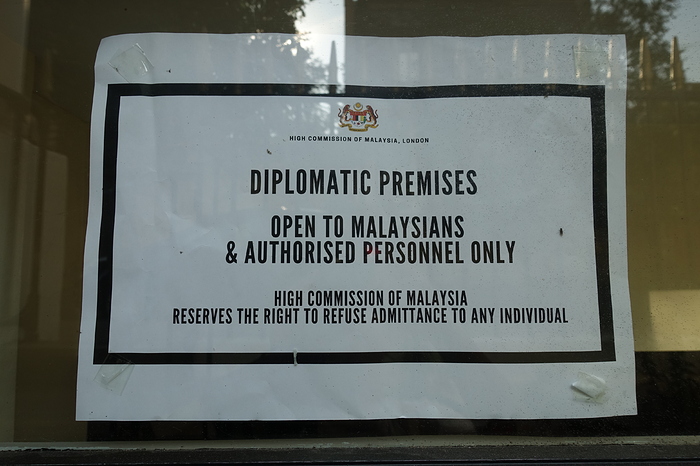 Do you have any Malaysian friends for “rent” for HO members?

Do you have any Malaysian friends for “rent” for HO members?

I have one Malaysian friend in London, but have yet to get her to come to Malaysia Hall with me amid her ever-busy work schedule - she’s her company’s financial controller.

But when I was there for breakfast this time round, the table next to me were 4 Indonesian-speaking women, whilst the young man on the other side spoke with a distinct Korean accent when he ordered. Then, a Japanese man came in, seemed like a regular as he bantered with the service staff, and took away a few packs of nasi lemak.

Give it a try early in the morning, @naf. Else, I’ll drop you a line the next time I come by London and we can go together.

I was too busy this time to organise a HO get-together - but I caught up with quite a few of my fellow Singaporean friends, though. The Singapore diaspora is quite close-knit here and we get-together for a meal whenever a visitor from home drops by in London, usually at some Chinese restaurant in town (don’t ask me why it always ends up being a Chinese spot.

). Here we are at the Mandarin Kitchen last Saturday - at least a couple of my friends were from Makansutra, which published Singapore’s first street food guide back in the 1990s, whilst one (Limster) was a fellow Chowhound like I was. 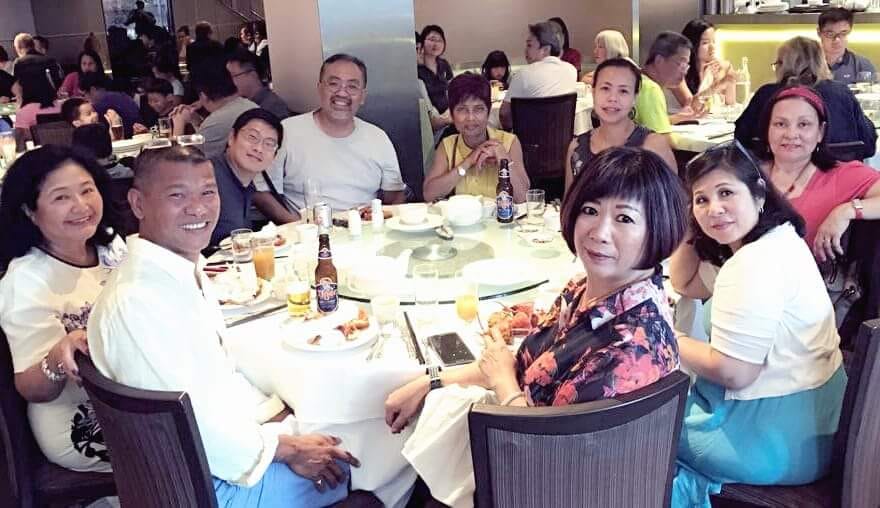 Great meet up! I don’t live in London ;D but in Paris, just enquiring for other HO living there. @paprikaboy will be happy, I think

Great meet up! I don’t live in London ;D but in Paris, just enquiring for other HO living there. @paprikaboy will be happy, I think

Ah, I miss @paprikaboy this time round! Did manage to catch up with @ds, though.

Ah, I miss @paprikaboy this time round!

Not to worry Peter. Let me know when you’re coming in September and we can meet up then. I may try and organise a HO get together.

I’m pretty sure you’ll be able to get served once you tell them of your time in Malaysia, and how much you miss the food.

BTW, Chef Hairani - customers call her ‘Kak Ani’ (‘Kak’ is a Malay term of respect meaning ‘Elder Sister’) is from Terengganu - I noticed this immediately when I tasted her nasi lemak, to which she incorporated ginger shreds and fenugreek seeds. Only Terengganu folks would do that - I’m sure you’d have tasted that when you were in Terengganu on the East Coast of Malaysia.

Not to worry Peter. Let me know when you’re coming in September and we can meet up then. I may try and organise a HO get together.

Bad news for non-Malaysians in London who want to try the food at the Malaysia Hall Canteen - there are new, unprecedented security procedures which has just went into force this week restricting entry to the premises to only Malaysians.
https://www.thestar.com.my/news/nation/2018/10/26/london-malaysian-hall-canteen-tightens-security/

Back at Malaysia Hall Canteen last Friday - my first time back there since the Malaysian High Commission tightened its entry rules. The old entrance which allowed direct access from the street is now padlocked: 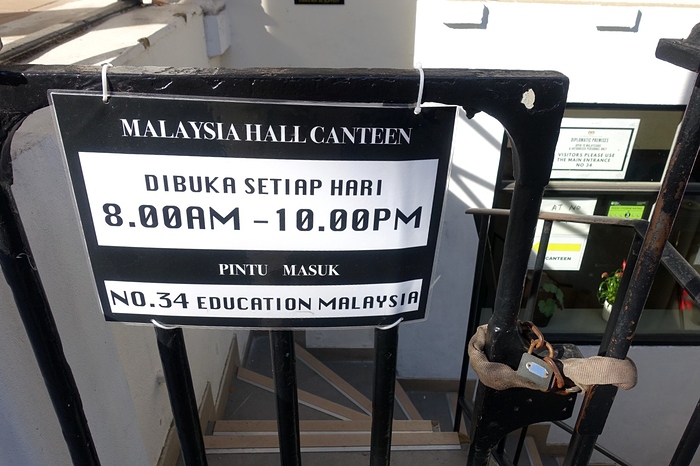 Entrance is via the main office entrance: 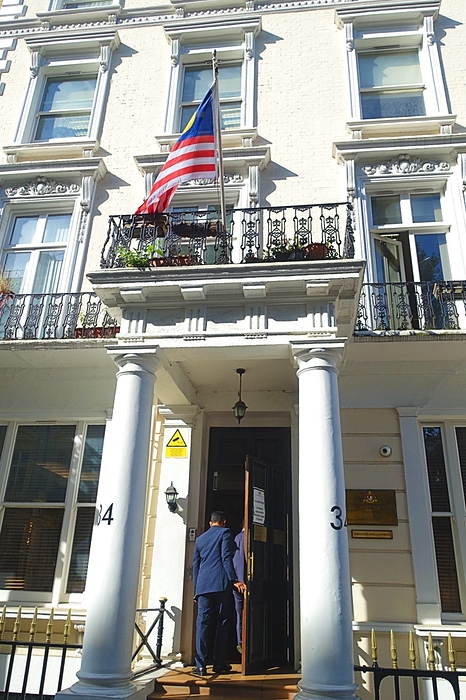 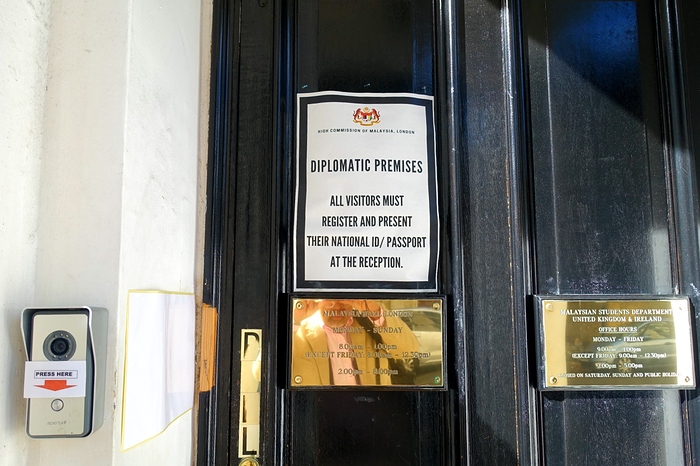 Non-Malaysians needed to be accompanied by a Malaysian, and each Malaysian can bring up to 5 non-Malaysian guests in, who’ll just need to sign in the guest book. It’s all very pleasant: 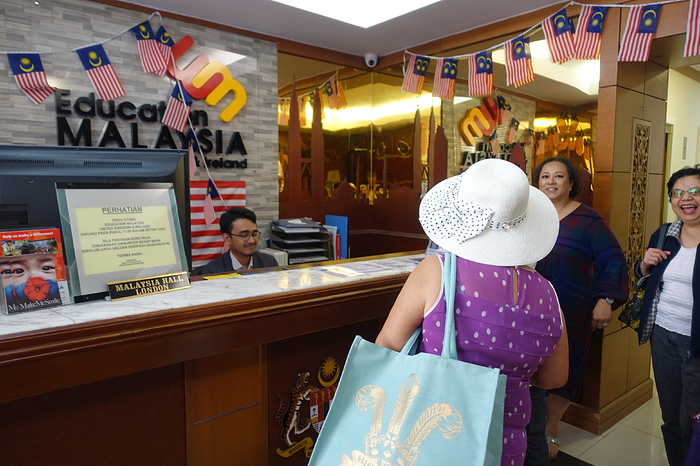 This place still singularly serves the best and most authentic Malaysian food not just in London, but the whole of the UK (forget Europe - nothing comes close to what we can get in London). The food choices are mind-boggling - chicken curry, mutton curry, spiced fish, spiced fried chicken, fish steaks in turmeric, etc. 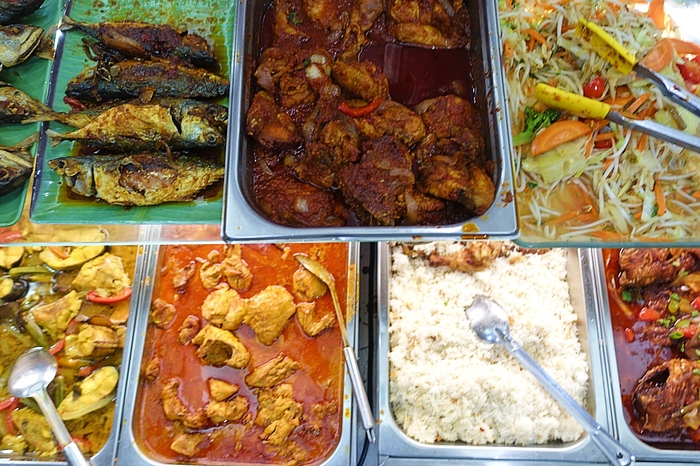 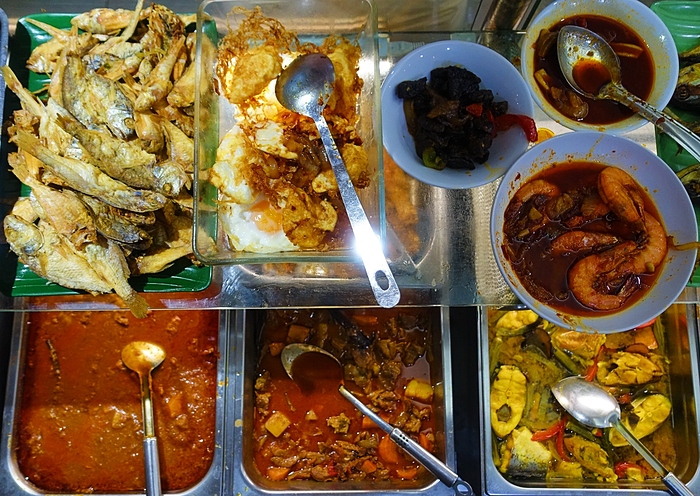 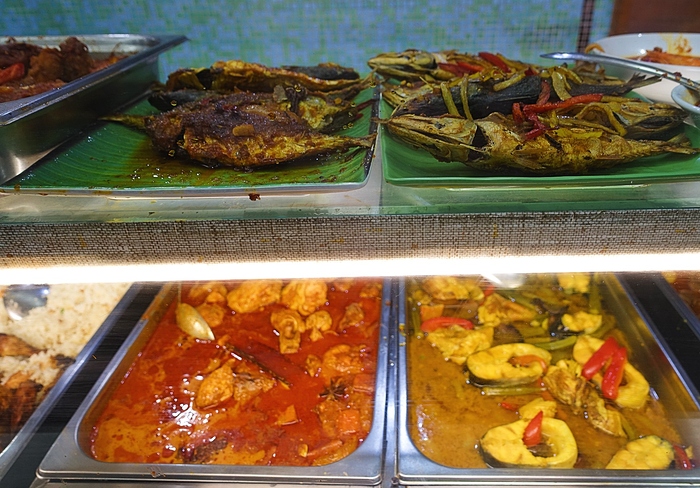 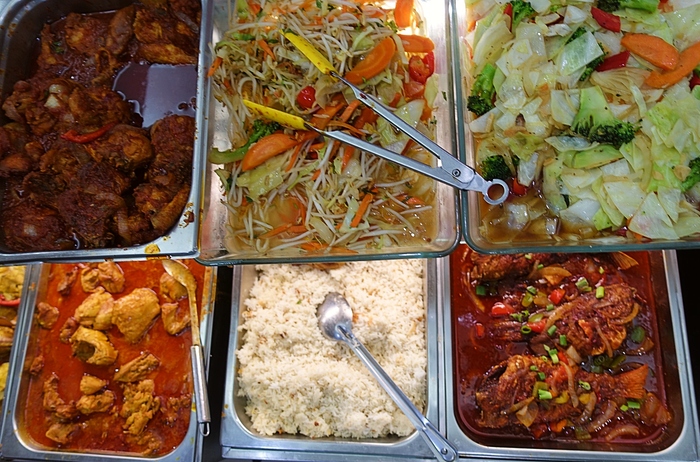 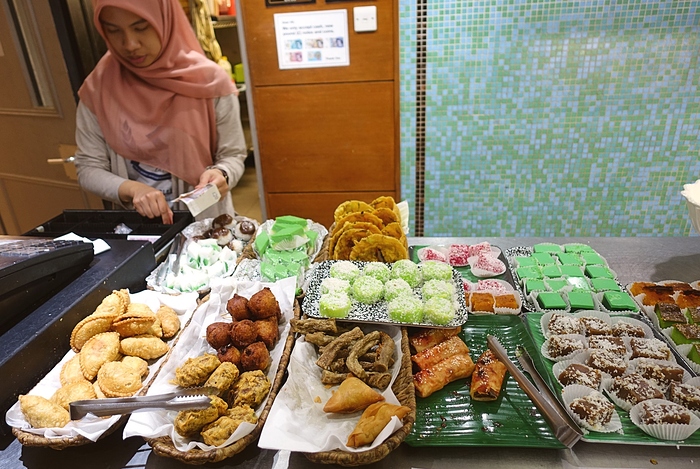 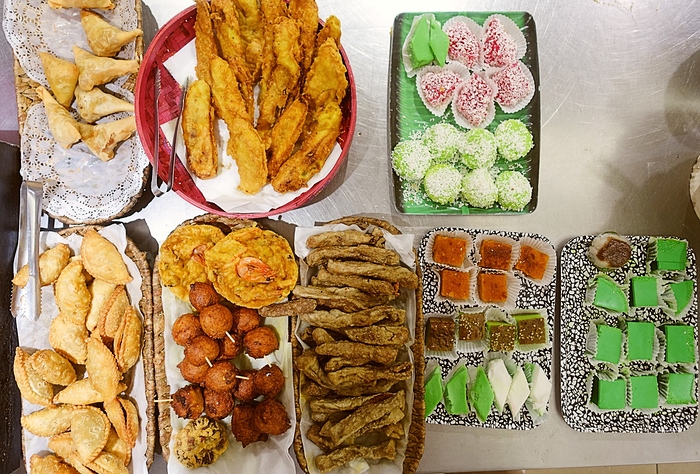 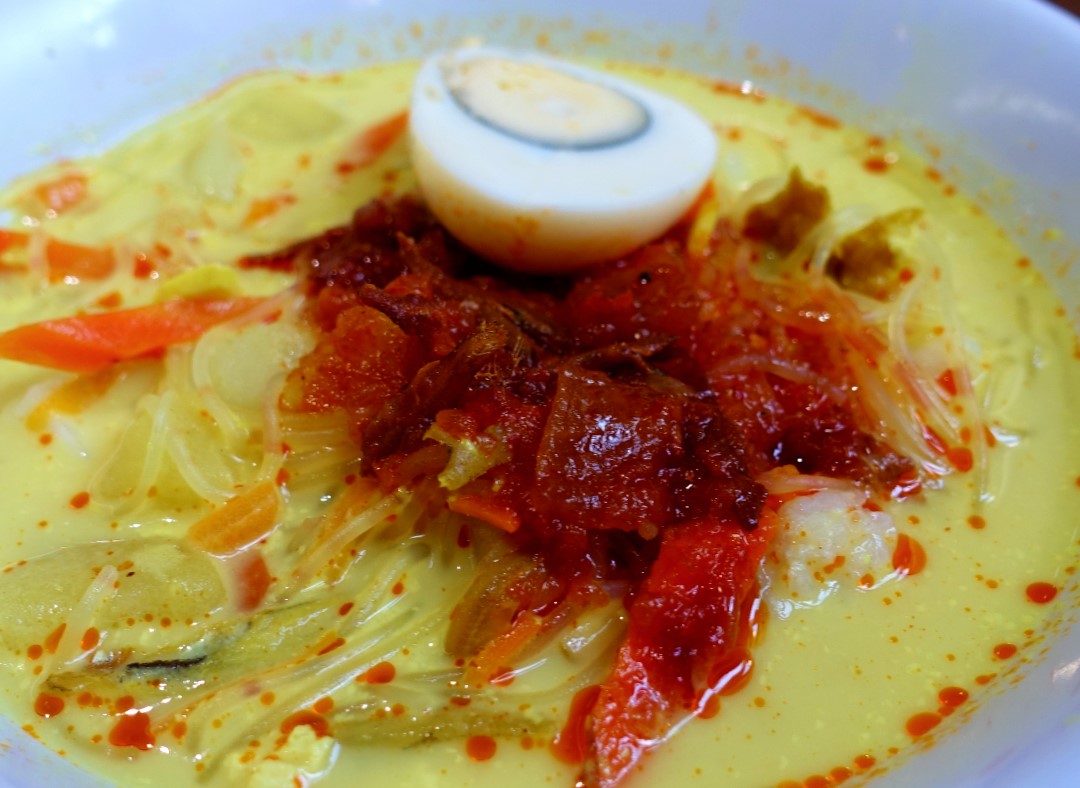 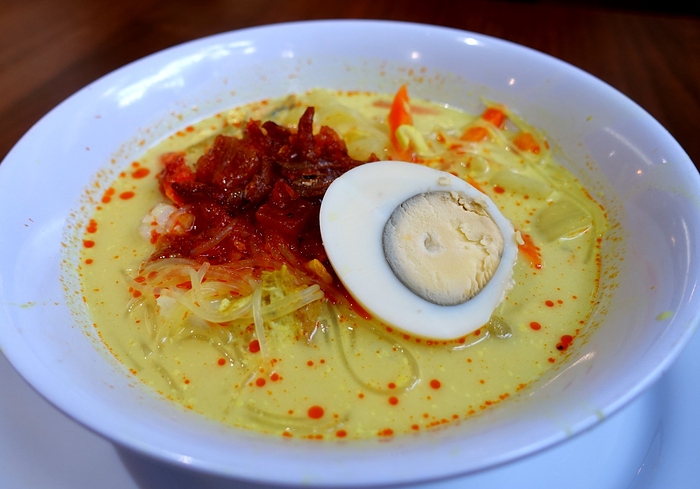 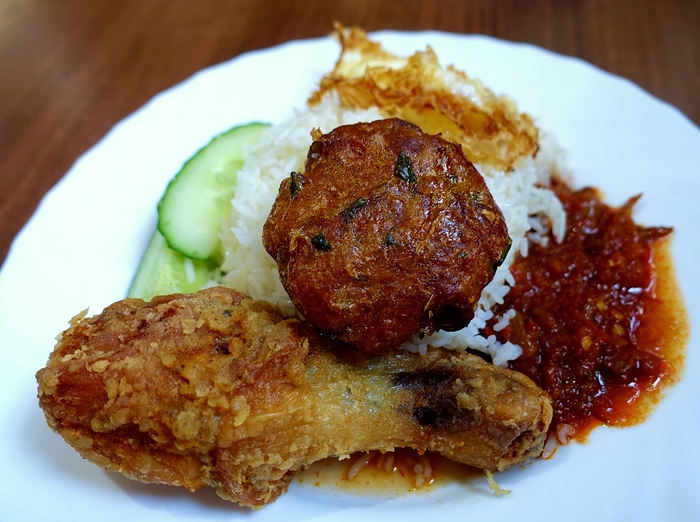 We didn’t order very much here as we’d just came here directly from lunch at Normah’s Cafe, a Malaysian spot on Queensway (post on that spot coming up) - I’d just wanted to show my Singaporeans friends this place.
We tried a few of the kuihs, but didn’t quite like the ones here. I think Malaysia Hall Canteen is good in savoury dishes, but surprisingly poor when it came to Malay snacks and kuihs. One exception is their curry puffs - which are some of the best I’d had outside Malaysia and Singapore. 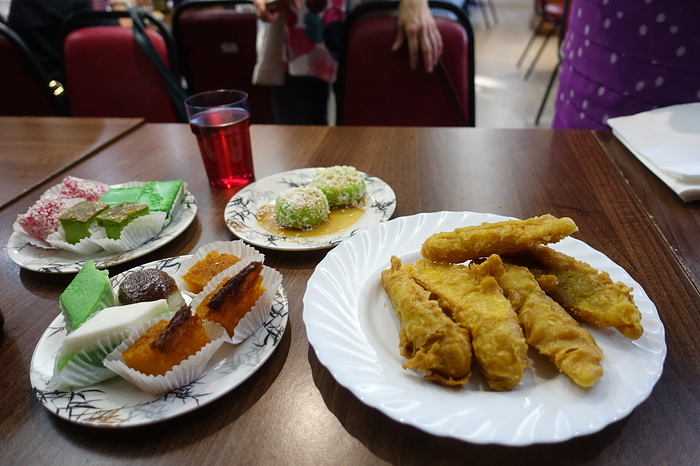