Made a grilled pork belly with oven. I couldn’t cook with the pan in slices as my meat had some long bones. 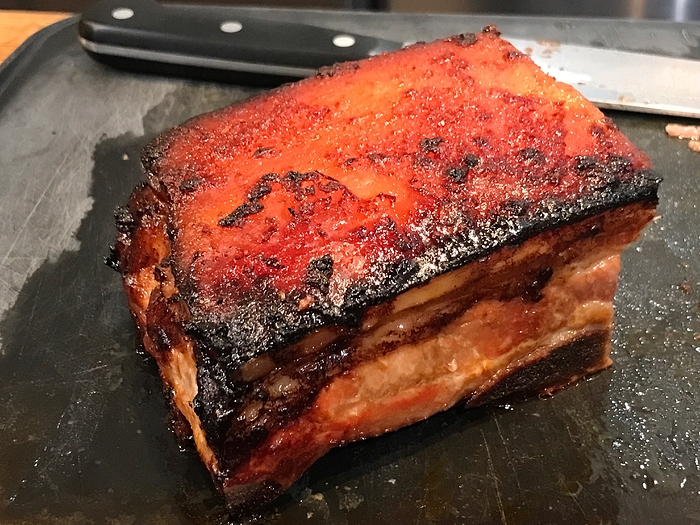 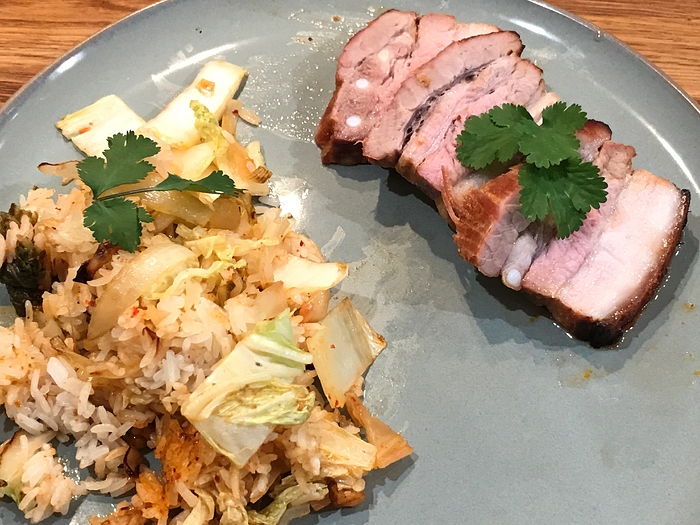 Turned out quite beautifully. Everybody liked it. The recipe is below if interested. 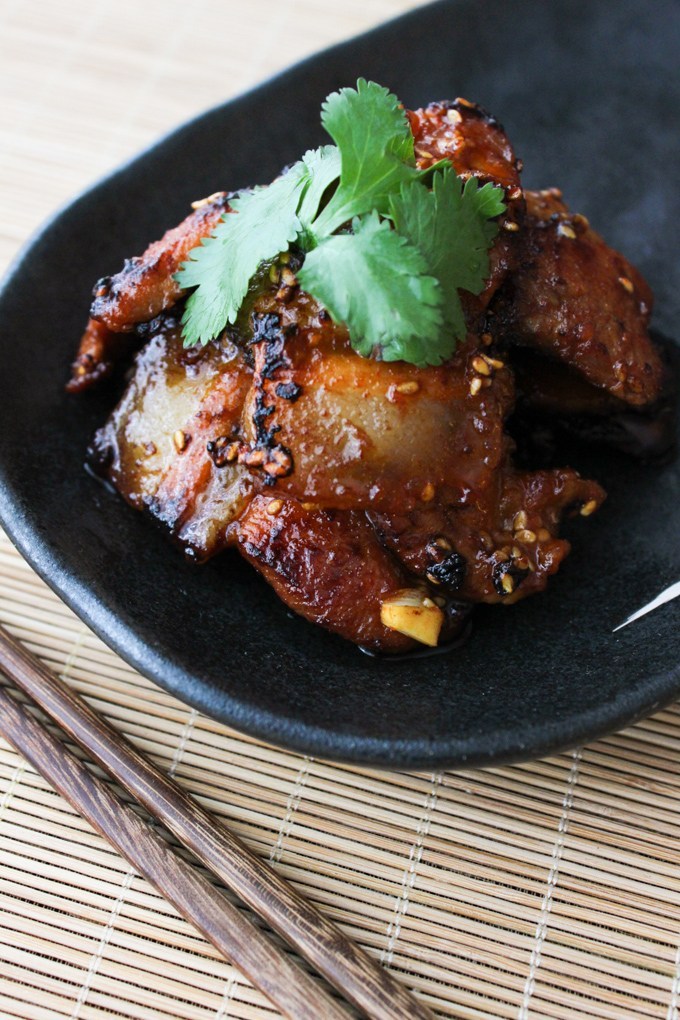 Today I want to share the recipe for a delicious Korean Style Pan-fried Pork Belly with you. Not only does it taste amazing but also is super

Sided with kimchi bokkeumbap very loosely based on the recipe on Koreantown book. I didn’t add bacon as I had enough pork, I used extra aged cabbage kimchi with fresh kimchi to reduce the spiciness. 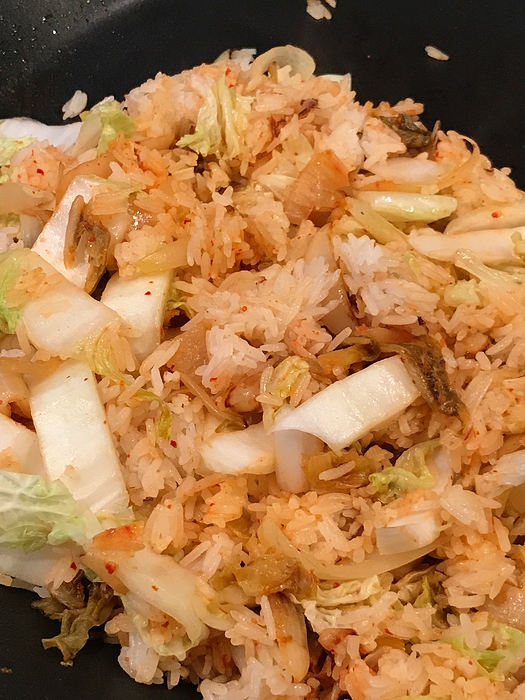 A topic on Saeu-jeot is here:

Salted fermented shrimps - How to use? Cooking, Cookbooks, Ingredients

Saeu-jeot - salted fermented shrimps, I have this at home, the shrimps are extremely salty, how can I use them except in making kimchi? Thanks. [1496758628] [Saeujeot_(fermented_shrimp)jeotgal(Caridea)_3]

I based on the recipe of My Korean Kitchen. Quite good.

Heat the oil in pot, add garlic, Gochujang, Doenjang and chilis flakes and cook for a minute, Add shrimps and stir fry them slightly. To make the both, in the same pot with shrimp, add seaweed and dried anchovy with some water, let it boiled, 2 to 3 minutes later, add tofu and mushrooms and cooked for 2-3 minutes more. The last minute, add an egg but it is optional.

Quite easy to make if you have most of the ingredients at home, I didn’t have the specified mushrooms so I used some fresh brown button mushrooms as substitute. 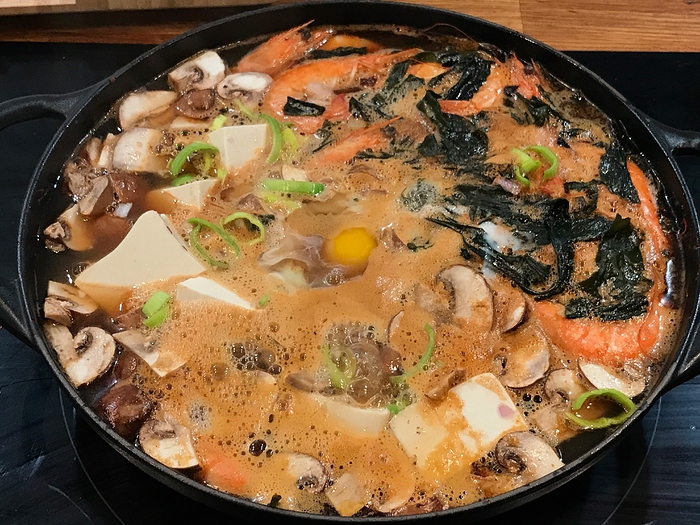 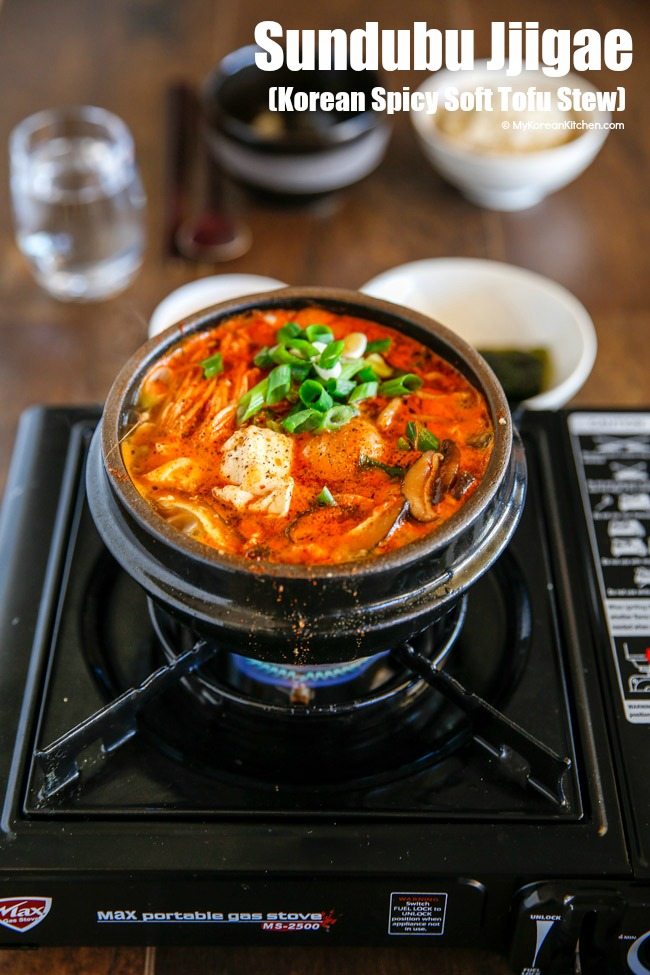 Learn how to make the most delicious Sundubu jjigae (Korean soft tofu stew) from scratch. It's loaded with delicious seafood and the soup is very refreshing! Today I want to share a popular Korean stew - Sundubu Jjigae (순두부 찌개,  Korean spicy...

A question on Korean soy sauce. I never seem to find Korean brand in stores, in case of substitution, should I use Japanese (a bit sweet and less salty) or Chinese soy sauce (very salty) to substitute? TIA

I like Tamara brand , esp the San J gluten free one when my husband was around. However, they are pricey for marinade.
Nowadays, I just use regular Kikkoman which I buy by the gallon although I have a bottle of dark soy sauce which I never use
I also stock Kikkoman sushi and sashimi soy sauce as well as Kikkoman’s Ponzu citrus seasoned ( this has lemon and orange juice flavors as well as bonito extract) I add. this to yuzu kosho as an alternative to wasabi.

I think japanese style soy sauce is best for general use, korean soy sauce that i have tried is not as salty as chinese soy.
But, also note there is a “soup soy sauce” as well which is slightly less salty- i would just use same soy sauce and less of it.
At some point having five or six bottles of soy sauce is kinda crazy… ;). I only have four so I’m not there -yet.

I only have four so I’m not there -yet.

I think japanese style soy sauce is best for general use, korean soy sauce that i have tried is not as salty as chinese soy.

Should one day try some first garde soy sauce too, saw those tiny precious bottles with a premium price.

Then somebody told me about some sauce has gluten in it…and some with not much soybeans and a lot of colourings.

I had completely forgotten about these, they are awesome and I haven’t made them in years.

Just to clarify a little -

Tamari is the closest substitute to soup soy sauce.

Tamari is the closest substitute to soup soy sauce.

Thanks for the clarification.

My mom likes the Sempio brand, they have some nice soy sauces. I’m personally not picky on soy sauce, I usually pick up a tub of Kikkoman and call it a day.

I only have four so I’m not there -yet.

This is my current line-up. So I, too, am on the cusp of “soy crazy.” The Bragg’s is great. When it’s on sale at Whole Foods, I buy up a bunch. 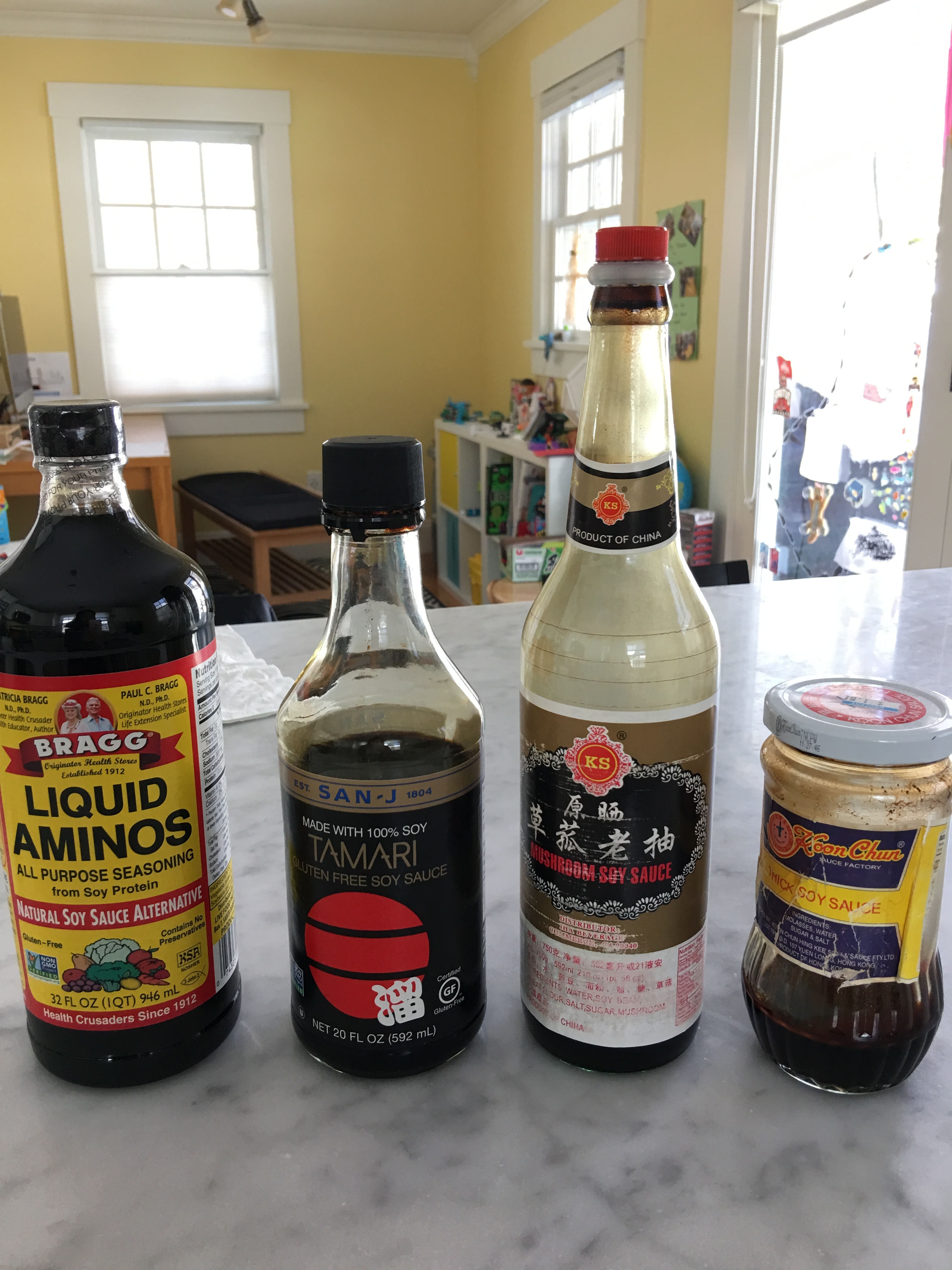 Oh…ummmmm…
I didn’t count my Braggs as soy!

It’s “liquid aminos”! I used to have a jar like the one on the far right of this photo but last time i was in chinatown I apparently was dazed by the condiment wall and forgot to get it

What do you use the rightmost one for?

You could probably get away with replacing all 4 bottles with a regular Japanese Kikkoman type soy sauce.

I see thick soy sauce (the 1st jar on the right) usually in stir fry or braise recipes. It’s really more like a paste than the thin “pourable” soy sauces we think of.

Dark soy sauce is indispensible in my house. I use it quite a bit for making other sauces where I don’t want a predominantly salty profile that regular soy sauce leaves. E.g., dumpling dipping sauces, sesame/peanut noodle sauce, etc.

I have tamari, a Japanese “light” soy sauce (rarely use this; not very fond of this product), regular soy sauce, dark soy sauce. I used to have a sweet soy sauce, that I’ve since gotten rid of after little use, so I’m back within the range of “not crazy”.

Finally have time to make bibimbap, Bulgogi, soy marines grilled beef recipe based on the recipe from Koreatown. As for toppings, they were aged cabbage kimchi, radish leaves kimchi, enoki mushrooms, baby cucumber pickles and ginger pickles. I read somewhere that this rice is in fact a good way to use up leftovers. With gochujang sauce and an egg. Bulgogi was very good, as for the topping, there were too many variations of flavours and a bit confusing. 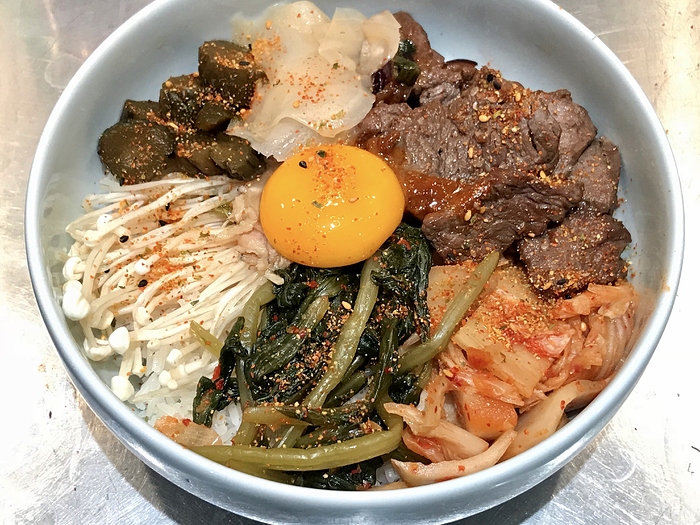