We usually brew a pot at home every morning & supplement with K-Cups. Not only so much cheaper but more convenient.

They must really be expensive if K-cups are cheaper!

(Don’t get me started on K-cups, how much they cost, what they do to the environment, or what Keurig did with their version 2.0 DRM-ed machine.)

I use/love my Keruig (even got one for the office) but I don’t use K-cups, I really don’t see or understand the need when there are the re-usable baskets that you fill with your coffee of choice.

I don’t use K-cups, I really don’t see or understand the need when there are the re-usable baskets that you fill with your coffee of choice.

Ah, but the Keurig 2.0 machine did not let you use those baskets, or anything except approved K-cups:

“Keurig 2.0 machines, introduced last August, would only accept K-Cups
imprinted with “interactive technology” that indicated they were
supplied by Keurig Green Mountain itself or one of its many licensees.
More affordable pods—and even official pods left over from the
first-generation machines—simply wouldn’t work. Crucially, along with
the transition, Keurig killed off its My K-Cup product, a reusable pod
that could be filled with the coffee grounds of one’s choosing,
regardless of the source.”

However, they eventually backed off this when sales dropped 23%, and said they would re-introduce the “My K-Cup” (although I think it took many months to actually do so).

That has changed. There are refillable cups you can buy at BBBY or on line (mine have the dolphin designed filter) and Keurig just released their own refillable cup. They realized their mistake,CEO did a mea culpa, and now you can use whatever coffee you like in a re-fillable cup. BTW - do not compress the coffee in the refillable, it needs to expand and compressing will harm the water plunger.

That has changed. There are refillable cups you can buy at BBBY or on line (mine have the dolphin designed filter) and Keurig just released their own refillable cup.

They’re too small to hold enough coffee to make it worth drinking, IMNSVHO.

Gotta have a one cup Melitta pourover wherever I am at all times so I can use three hefty scoops per mug, and no plastic waste.

I threw out my dolphin designed purple cups (3 for $13) and bought the Keurig K-Cup $15-20. What a difference, and if three scoops is you desire it probably holds 3 scoops, and no plastic waste.

I threw out my dolphin designed purple cups (3 for $13) and bought the Keurig K-Cup $15-20. What a difference, and if three scoops is you desire it probably holds 3 scoops, and no plastic waste.

My three scoops are between rounded and heaping. What are K Cups made of if not plastic?

You do not throw out the re-useable K-Cup.

7 posts were merged into an existing topic: Some Christians Are Extremely Unhappy About Starbucks’ New Holiday Cups

Correct, first pic is the Kuerig official reusable, the second are the dolphin ones mentioned above. Neither are disposable, although my Kuerig one did crack so I use an after market.

At work I only allow k-cups since people have an issue with cleaning the basket after use. 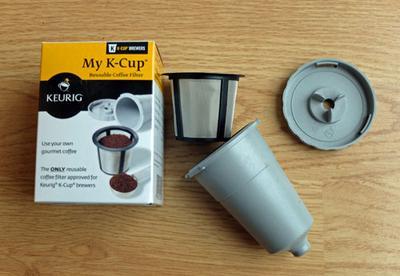 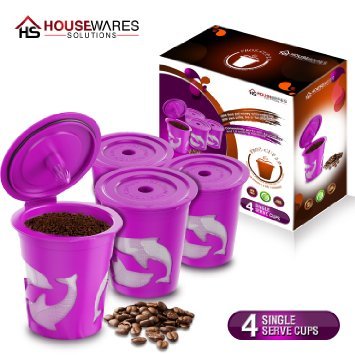 Hey JR, using the scoop that came with the traditional coffee maker, 6 level scoops of traditional pre-ground coffee like Folgers yields a full pot (12 cups as marked on the pot) .

How do you think using a reusable K Cup equates in terms of yield?

Interesting question, to be perfectly honest with you i’m not sure I can come up with an accurate response but I will give you my best educated opinion.

If I’m understanding your question correctly for a traditional coffee pot, 1 scoop equals 2 cups of coffee. (thus 6=12 or full pot 2:1 ratio) Having no memory or personal knowledge of the size of the “scoop that came with the traditional coffee maker”, I’m not sure how to equate that to the reusable k-cups. I do remember the scoops that use to come with coffee, and still with most instant ice teas, using that as the “standard” I would say it’s almost 1:1 ratio or perhaps 1:2 ratio. meaning it’s one of those scoops per single serving or “maybe” 2 scoops per individual serving.

In my opinion you are netting less yield per scoop in the keurig than a traditional pour over or peculator.

I just checked and the little scoop that came with the brewer is about 1 tablespoon.

Your probably right with your ratio figuring the extreme speed of the K Cup machines does not allow the water as much contact time with the coffee grounds so the extraction rate is less so more coffee is needed to get the desired flavor.

I may have to get one of those - there’s a Keurig at work, or I brought in a cone-filter drip machine that had been relegated to the garage. I hate, hate, hate all the waste with the K-cups (at least Nespresso capsules just become aluminum recycling…) but I’m a little afraid to use an aftermarket re-usable cup and then break the office machine…

I’ve had problems with the plastic lid as well as the canister breaking on the official keurig reusable basket. I have switched to the after market similar to the dolphin set pictured, as someone else mentioned they are like 3 for $15.00 and each one lasts about a year. I find no difference in the quality of the coffee between the two.

I don’t use the k-kups I only use the reusable baskets, and I use my favorite coffee brands, specifically dunkin donut’s and I have no problem with the coffee at all. I was a peculator before, never a pour over, and I don’t find the coffee to be bad at all. I enjoy it.

This Keurigis for the original.The 2.0 is similar and it is much sturdier than the dolphins, which broke 2 weeks afterI received.

I did the math and did a proof of concept…

I get 36 cups of coffee out of a pound of coffee, two scoops per cup.

At $18/lb it is $0.50 per cup, the low end of a pre-packed K-Cup and a high end coffee using the reuseable. My local roaster is ~$12 per pound so I get better coffee, no environmental push-back and way better coffee.