I have made a lot of curries over the years. I make a pretty good Trinidadian-style chicken curry, and a good Burmese beef curry. I make a good rendang (maybe not a curry, but close). 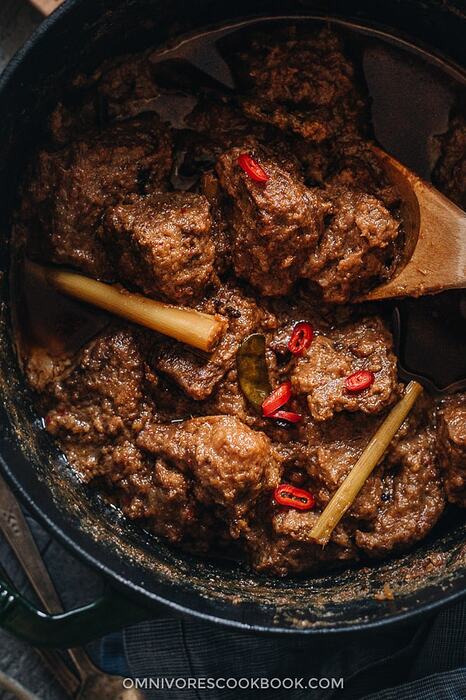 This beef rendang recipe yields buttery, juicy beef smothered in a thick, rich, caramelized, aromatic curry sauce. Learn how to make authentic Indonesian beef rendang in your own kitchen with an easy approach. You can also use a slow cooker to make...

I make quick Thai curries from grocery store red or green curry paste, and that does the trick for me.

I have come to the realization, my Indian curries from scratch usually are meh. I have a dozen Indian cookbooks. I prefer the way my curry turns out when I rely on an Indian spice kit, the kind that has some spices you toast in oil, with some sauce in a pouch. The last one I made tasted like curry from a restaurant . I haven’t been ordering takeout much, and this is cheaper than takeout. I like this Spice Tailor brand . I have not tried the Pataks version. Probably similar.
https://www.instagram.com/p/CK1EwNAn7Wo/?igshid=s4e5xjspw39n

From family-friendly favourites like Tikka Masala and Classic Butter Chicken, to fiery flavours and local Indian variants, we’ve got a curry for everyone.

I like Japanese curries I’ve tried in restaurants. I haven’t made any at home.

Are there defining characteristics and ingredients that are essential to being called curry?
Are those the same around the World?
I like to eat them but am completely unknowing to the nuts and bolts.

Probably a lot of old posts on the old site and eGullet.

Just like BBQ, there are no universal truths, and some people consider themselves authorities

I LOVE this curry. I’ve posted this before but it’s worth a repeat.

My notes are sprinkled within. It is called Malaysian Rendang Curry:

Super tasty and you can make it in the crockpot if you want. I usually double it, but here is the single version:

1 whole chicken, cut into pieces or 6 chicken thighs/drumsticks - I do all boneless, skinless thighs

Taste, add more fish sauce if it needs more salt, more chili if not spicy enough and if too sour more sugar.

Add sauce, chicken and star anise. Bring to boil. Reduce, simmer and leave uncovered (you want the sauce to reduce and thicken). Simmer until the chicken is done (about 2 hours or so). If you are doing it in a crock pot, low for 6ish hours until the chicken pulls apart.

I used to think that South Asian food was what I was eating in “Indian” restaurants. What really changed my mind was when we went to one of those underground secret supper clubs and spent an evening eating home style Punjabi food. If nothing else, it taught me that Indian food does not have to have masses of chilli, nor does it have to be swimming in gravy. Now I seek out restaurants which do something different from the “any protein with any sauce” so called Indian restaurants with their Identikit Anglicised menus. So, Mumbai street food, Gujarati vegetarian dishes and the like is what I now want to eat. Dishes that have a real name - just like other cuisines.

As for cooking at home, I will follow recipes and use individual spices. Madhur Jaffrey’s Ultimate Curry Bible is my go-to cookbook. It not only covers dishes from sub-continent but also has recipes from the curry “diaspora”. That said, I do tend to use her “Curry Easy” book more often, simply because it’s , erm, easier. Even easier, I always have a jar or two of Patak’s spice pastes - say, the Tikka Marinade, to stir into yoghurt as a marinade for chicken.

I don’t know where Dave expected the direction of travel of this thread but let’s be clear, “curry” is not a South Asian term. It’s an Anglicised version of the Tamil word, kari, meaning sauce. So, let’s exclude the vast chunk of South Asian dishes which are not reliant on a lot of sauce/gravy, as they are not curries in the West. But the curry, in its wet form, has been around for a long time in the English speaking world. It first appears in print form in 1747 in Hannah Glasse’s cook book published that year.

Madhur Jaffrey’s Ultimate Curry Bible is my go-to cookbook. It not only covers dishes from sub-continent but also has recipes from the curry “diaspora”. That said, I do tend to use her “Curry Easy” book more often, simply because it’s , erm, easier. Even easier, I always have a jar or two of Patak’s spice pastes - say, the Tikka Marinade, to stir into yoghurt as a marinade for chicken.

I was going to ask a question regarding good recipe sources for curries but @Harters has read my mind. Thank you for this info!

I had no expectations at all. A couple of curries are in our meal plan over the next week or so and I got thinking about it. I have confidence in the wide-ranging experience and experiments of HO so tossed the topic over the transom (either boat or doorway) and ducked. I’ve refrained from contributing in the interests of seeing where things go without anyone feeling constrained by OP.

An interesting article on my country’s historical love for what I think is definitely best described as the “British curry”. 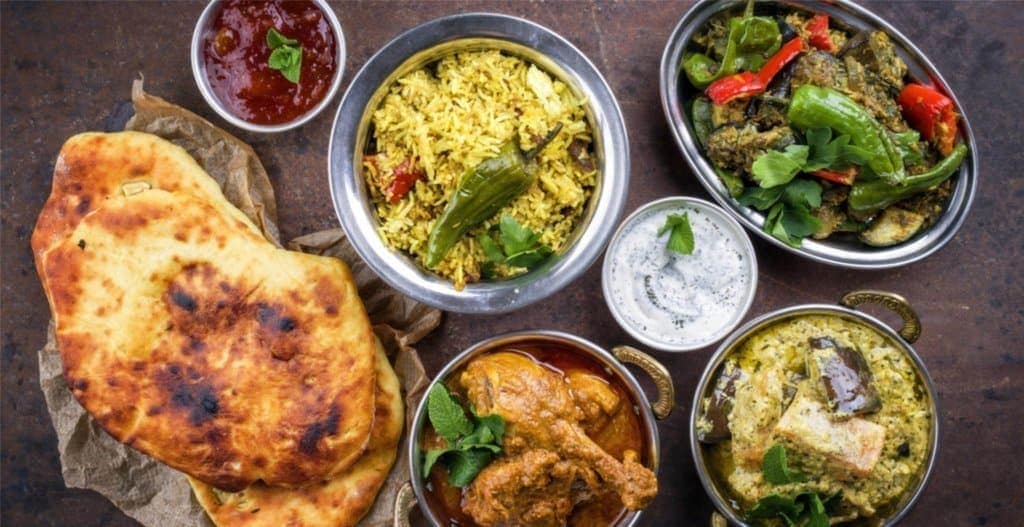 If Britain taught India how to play cricket, India perhaps returned the favour by teaching the British how to enjoy a hot Indian curry...

By the by, in 1914, a British soldier carried a pocket book of stuff useful to him in his job. One chapter included recipes he might cook for himself, or his section, whilst on campaign. Unsurprisingly, there were a number of stews, including “curry stew”. 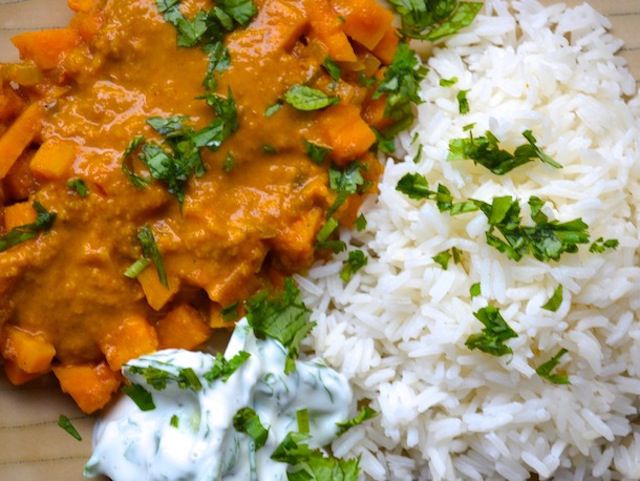 This spicy British curry sauce recipe is a simple way to turn leftover dinners into an easy meal the following day or to use as a french fry sauce.

Just wanted to mention that At Home with Madhur Jaffrey is the American version of Curry Easy.

Vegetarian India is the American version of Curry Easy Vegetarian.

I LOVE this curry. I’ve posted this before but it’s worth a repeat.

I can vouch for its deliciousness. IMHO best eaten the day it’s made as the fish sauce/dried shrimp flavor develops and gets more pungent. 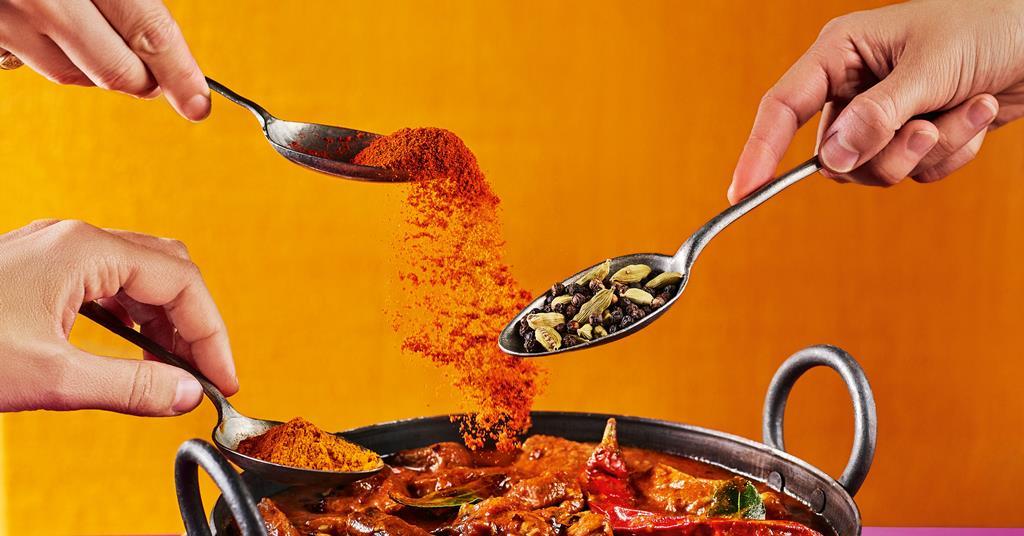 The chemistry of a curry

Outstanding article. Thank you. The organic chemistry was a bit of a struggle but you can skip those bits and not lose anything.

Chip shop curry sauce has, to my mind, an odd taste - and one that I don’t like. It’s years since I tried it. You tend to find it in chip shops run by Chinese people. It’s sweeter, often with raisins in it, and star anise.

A quick Google tells me that my online supermarket stocks “curry sauce granules”. Yuck - by any measure:

When you made it, did you do slow cooker, IP or in the oven? I know you have an IP and bet it would work well there too.

I am currently gathering supplies to make this brick. Until a few days ago, I had never heard of such a thing. 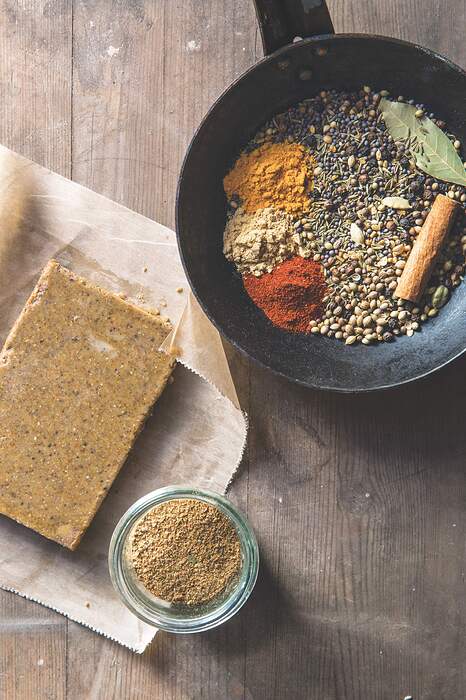 Excerpted from Japanese Home Cooking: Simple Meals, Authentic Flavors by Sonoko Sakai and appears on Episode 84 of Salt + Spine, the podcast on cookbooks.

I had no expectations at all.

Perfect answer in my opinion. Curry is ambiguous since it can be a leaf, an amalgamation of various spices made into a powder or paste, or a type of stewed dish. Viva la difference. Interesting non pigeon holed topic! 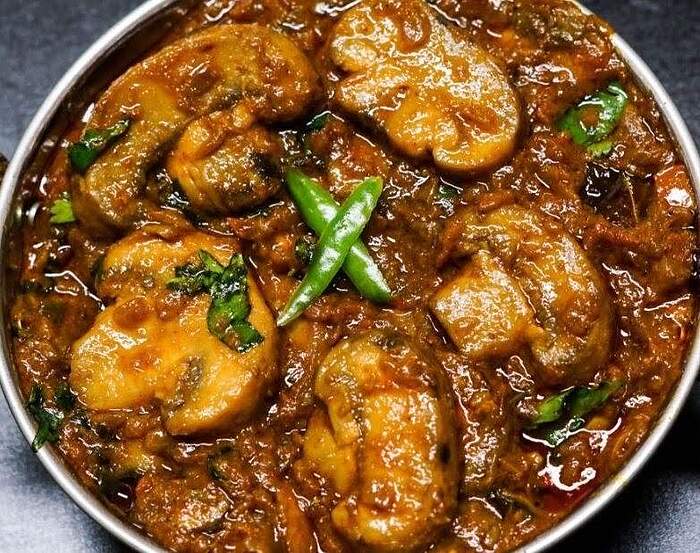