Can we talk about Wondra, cornstarch, and other thickners?

I find myself once again making this. Husband doesn’t like mushrooms so I’m riffing with some bottle from TJ’s. 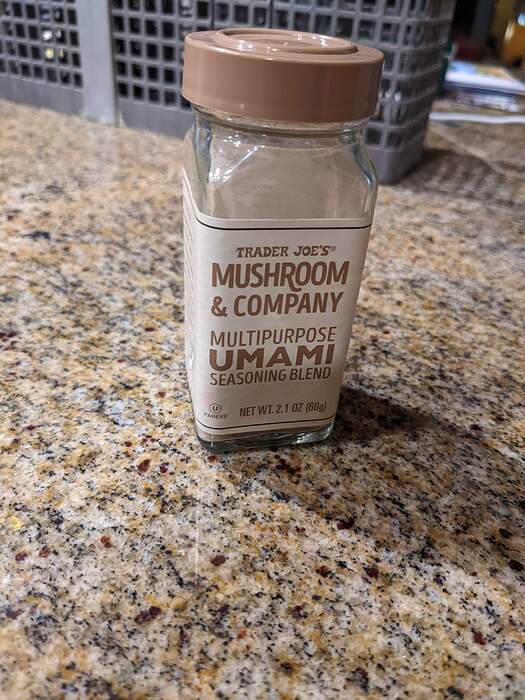 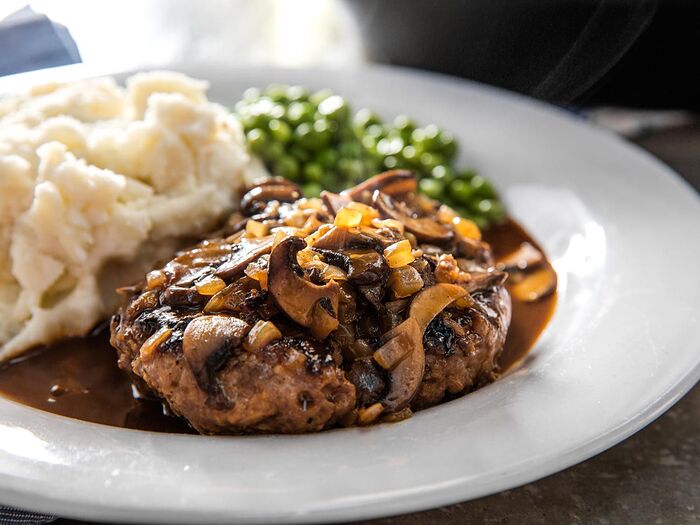 A flavorful mixture of beef and pork, formed into a steak-like patty, pan-fried, and served with a rich and meaty mushroom brown gravy. 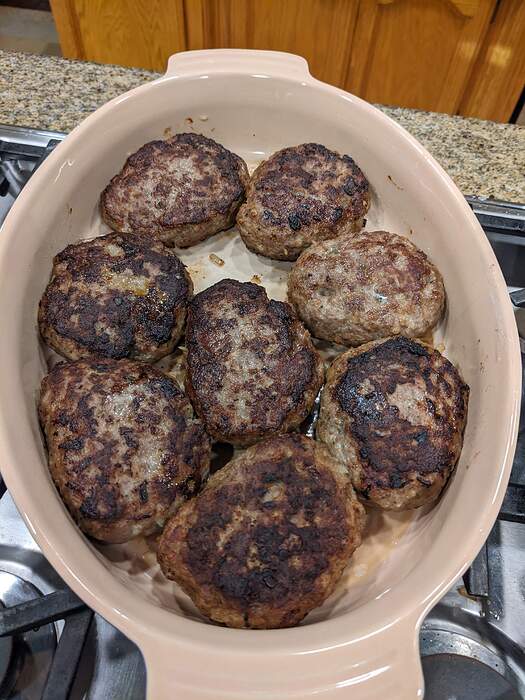 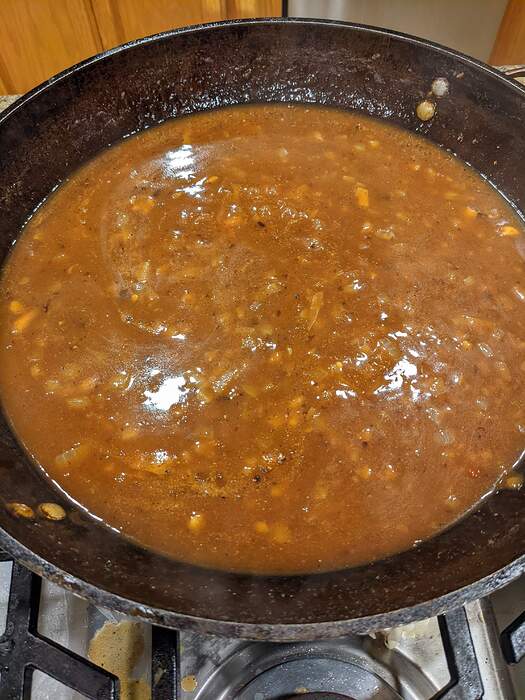 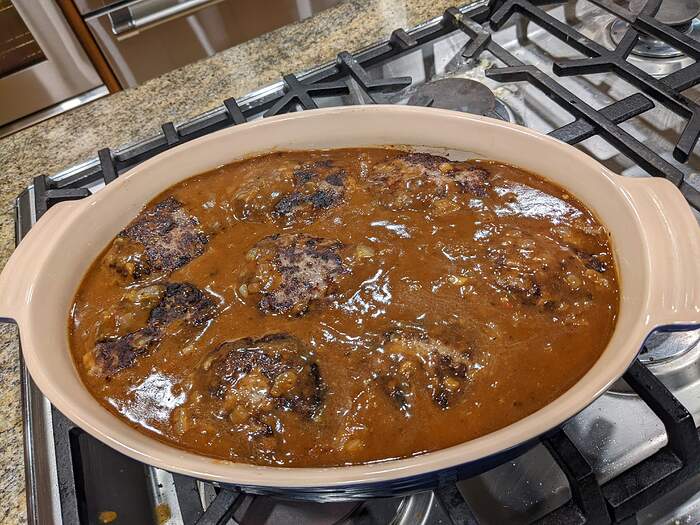 Husband wants cups of gravy, not spoonfuls of *sauce", so I’m trying to make extra.

Not only am I questioning “serve right away”, but also the choice of cornstarch over Wondra.

The reason for the cornstarch is to mimic the gravy that you usually get with these, which is never a classic one made with roux.
I love this recipe and can actually make it here but hadn’t thought of it, so this is a good reminder.

Thank you! I often end up using Wondra. I like Wondra. How would you say cornstarch gravy is different from roux? Forgive me; I’m still learning. 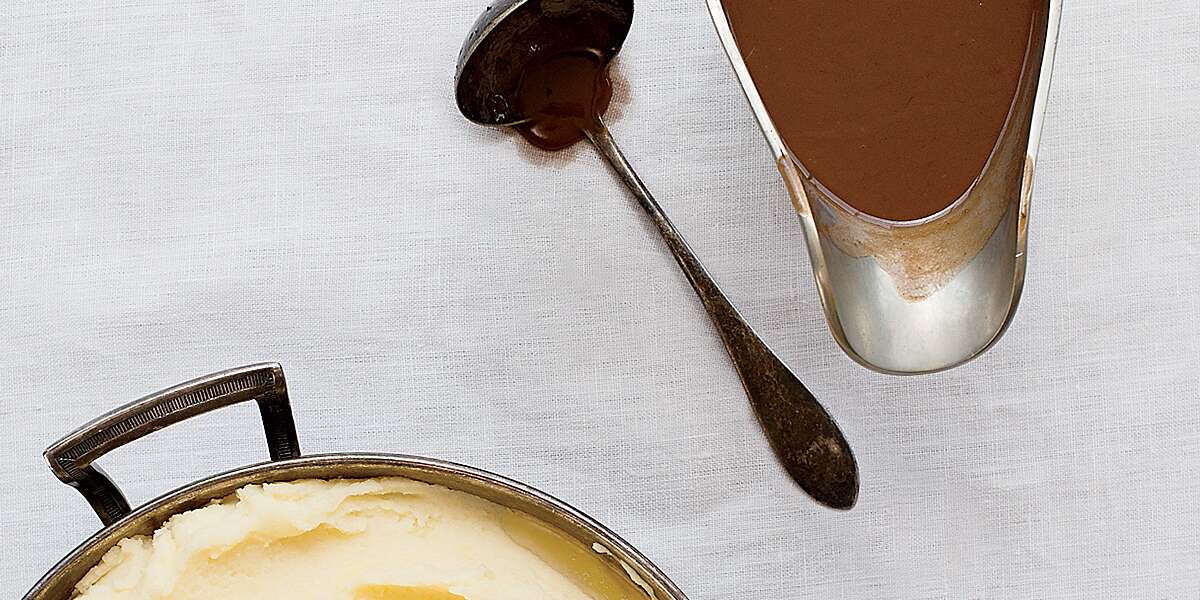 Cornstarch or Flour? Here’s Everything You Need to Know About Thickening Sauces

He mentions it in the article:

“Why cornstarch here? It’s a fair question, since we usually lean on other thickeners, like gelatin (whether naturally present in the stock or added in the form of unflavored gelatin), to increase a sauce’s body without affecting its flavor, the way flour and cornstarch can. In response, I point to that original Swanson’s TV dinner that introduced me to Salisbury steak. It included a brown gravy with a flavor and texture that made it seem like it was thickened with cornstarch: kind of glossy, and just a hair cloudy. I don’t know if that’s what Swanson actually used back then, but it tasted like it. To me, that makes it an almost inherent quality of a Salisbury steak gravy. It’s similar to the reason why I sometimes like the floury flavor of a roux-based cheese sauce in baked mac and cheese—it just tastes right to me.”

But in general cornstarch has a more neutral flavor and a different texture. It produces a more slick sauce and it’s glossy vs cloudy as a sauce made with flour is.
Cornstarch is pure starch whereas flour is not, so with flour it is more present in a sauce, so to speak.
And of course you should only add cornstarch toward the end of cooking because it will break down when heated too much.

Too funny. When I saw shrinkrap’s post to WFD (without having been aware of the SE article), I immediately thought of Swanson’s TV dinner. Salsbury Steak was my favorite choice as a kid, half a century ago and more, when my Mom would feed us TV dinners as a treat.

The dish reminds me also of Loco Moco, the version of which I’ve made also uses cornstarch.

question: if I use cornstarch instead of a roux to thicken, will my gravy still be thickened the next few days after a few nights in the fridge?

That is, I was worried that the thickening agent of the cornstarch would disappear/weaken once the heat changes and my gravy might get watery again?

Does that happen with cornstarch?

I like a cornstarch slurry for thickening sauces that are predominantly thin, with little to no fat. Sometimes I use water, but usually use flavored liquids like broth, sherry or other wines, vinegars, etc.

I also love it for frying shrimp, chicken, and pork primarily for Asian dishes.

It thickens quickly, and fries crispy, while imparting very little additional flavor, which focuses on the subtle flavors of seafood and chicken.

But for gravy (and most dairy based sauces) I prefer a roux, which adds a buttery, toasty complexity, and stores much better when stored by itself. Cornstarched sauces are fine on food that has already been coated (and then refrigerated), and helps it crisp up again after being reheated. But in a gravy or sauce that is stored as a liquid and then reheated, the texture can go off a bit, especially if it contains a fair amount of fat.

Corn starch thickening is not as stable as many other options. Overmixing or too much heating will cause it to lose it’s thickening power.
So yes that is a valid worry. I prefer other starches over corn starch, Potato starch in particular. Not only is it more stable but it thickens boiling point on contact with hot liquids which gives you better control of the texture of your sauce. Arrowroot (Kudzu starch) is also a very good thickener.

Corn starch thickening is not as stable as many other options. Overmixing or too much heating will cause it to lose it’s thickening power.

Agreed. Do the slurry with cold or room temp liquid, and add it last.

Cornstarch as a thickner is not as strong and as thick as flour. However, I find cornstarch very easy to use. They rarely clump up.

What about tapioca starch? I have used it for pies, but is it useful elsewhere?

I use Instant tapioca pudding to thinken stews.

It can be used just like Corn, Potato, Sweet Potato etc. Starches just know that each has a different thickening “power” and may full react at different Temperatures