Seeking your favorite uses for cabbage - I bought two small heads by mistake!

I cut it into ribbons, salt and rinse it, and use it I. Place of the noodles in pad Thai.

It’s delicious…we prefer it to noodles.

I’ve just made some quick pickled cabbage to go along with the chicken katsu curry I’m having tonight.
Used this recipe but I don’t cook the cabbage in the pickle just pour the pickle liquid over the cabbage and put it in the fridge for 2 hours. 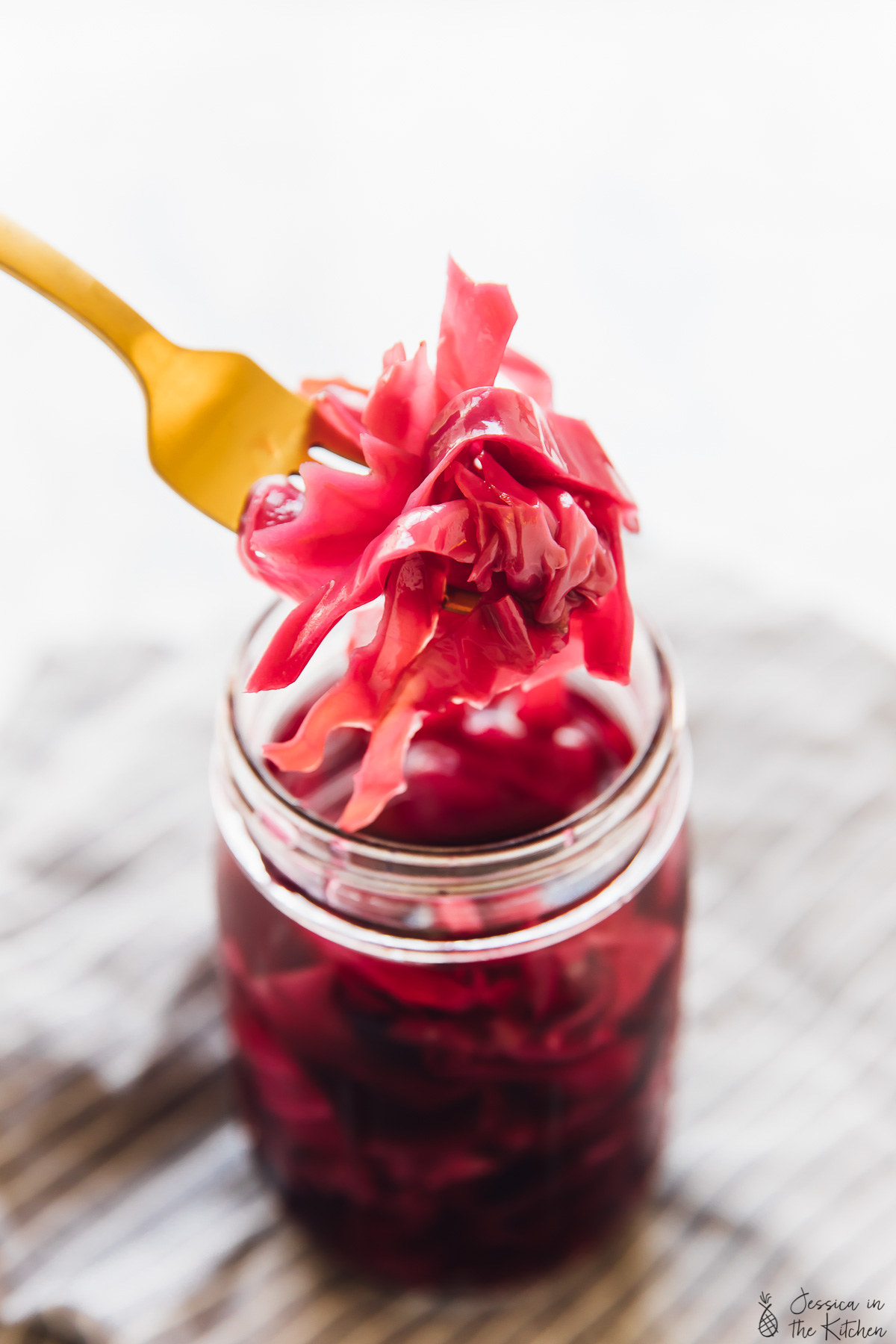 Quick Pickled Cabbage (+ How To Pickle Any Vegetable)

This Quick Pickled Cabbage recipe takes only 10 minutes! It completely transforms the pickles, and adds a divine pop of flavour to any recipe. Use them in sandwiches, tacos, burgers and any recipe you like!

We fry it with sliced smoked sausage and serve with hot buttered cornbread. Other than having it with corned beef or the occasional coleslaw, I think the main reason I’ve never expanded my cabbage horizons is because it smells the house up. But it sure tastes good!

Sauted with butter and caraway seeds.
Coleslaw
Stuffed with lamb in tomato base

We like Cabbage, and buy it several times a year. Easiest soup in the world to make…

We love Bubble & Squeak. But I think cabbage only works here if it’s cooked with corn beef and potatoes one day, then the remnants of cabbage and potatoes hard fried in butter the next. According to sources I got from the 'net, it’s a very English breakfast favorite.

Totally blanked on corned beef and cabbage. Good one

Simple indian prep, but our favorite - heat a bit of oil, then add in 1/2 tsp mustard seeds, when they splutter, add in a few fresh curry leaves and 1/2 head of cabbage, sliced thinly. Saute over medium-high heat for a couple minutes. Add 1/4-1/3 tsp turmeric powder and salt to taste. Continue stirfrying until cabbage is cooked to your liking. We like it with a bit of crisp still to it, not super soft.

I make it like this with indian food (esp. chicken curry and rice) but it also goes great with smoked sausage and pierogies for a fun Indo-polish fusion. Good with BBQ foods too.

Cut into eight wedges, each held together by the stem, lathered in olive oil, salt, pepper and grilled

Some of my current ideas:

Yes! I like it with some potatoes added. Recently I’ve been doing a South Indian variation where you add some curry leaves at the beginning and finish with coconut at the end. So good.

Good idea, but I’m loathe to stuff… I remember seeing an all-in-one skillet version a while back…

Does anyone ever cook cabbage with egg noodles and butter? A little salt and pepper and you have a tasty dish. It can’t get much easier, compared to my favorite dish (stuffed cabbage that takes over an hour of prep time before it is even ready to simmer.)

How about any Asian inspired coleslaw dishes? I want to try some of these soon.

Sounds like an easier version of the pasta dish I have in mind - thanks, will try it!

A shredded cabbage salad / coleslaw is a great idea - I’ve enjoyed them out, but never made one at home. Plus, gives me an excuse to use the new “cabbage slicer” mandolin!

Thanks! Your version sounds easy, and also reminds me I have kimchi paste in the freezer from korean recipe exploration earlier in the year. So two more for the list!

Thanks for mentioning caraway seeds - I have them, but never remember to use them in anything!

Yes! This but in the oven…