I might be able to give you feedback rather soon, tomorrow is my daughters birthday (25th

don’t ask me how I’m only 29) and this was her request for b-day dinner! Will report back and let you know if we go!

I purchased tickets for The Weeklings, Aug 22, but the Count Basie group did not include the fact that for each ticket purchased, $20 must be spent on food or drink. They offered the option for refund because that fact was “unclear” (as in simply not mentioned). I requested the refund because it was unethical although we most definitely would have spent more than amount. Also because The Weeklings are playing lots of places for free recently.

Is a Big Band calling itself the Count Basie Orchestra still touring?

I’d pay $100 a ticket–or a bit more to get into a greatest hits concert.

I don’t know about Count Basie but the Glenn Miller Orchestra is still touring (or was until Covid) about 40 weeks a year. I see them once or twice a year and they are great. Full 16 piece band plus vocalists and still using the original charts.

Sadly, no… although I did get to see Count B himself a zillion years ago! I’m talking about the Count Basie Center for the Arts, which is one of the big regional theaters in Central NJ. They’ve moved a bunch of shows to Blu Grotto, which is the restaurant and beer garden at Monmouth Race Track.

And PS, the Count Basie Orchestra does still exist and tour (pre-pandemic)!

Somebody starts talking about Swing, and my antennas jump.

Good sightlines, easy enough parking, but most importantly decent towns to pair up a good meal with the show.

These are/have been favorite stomping grounds of mine for years (in the old universe)!

Ok so I lost my pandemic “not eating out” virginity last night. I will say I was very impressed with the staff at Blu Grotto, everyone was masked and they seemed to keep their masks on the entire time. Not just putting them on when they came outside etc. Some were even wearing glove, though not all. Even inside the bartender (they walk you through the dining room to get to your table outside) was wearing a mask and he doesn’t interact with any customers directly.

So here is the only “problem” and it’s not really their problem. I went early to drop off flowers and balloons for my daughter and I could see a large tent on the deck so I figured all good. When we showed up for the reservation later, there were several people waiting out front, when I approached the hostess stand she advised us, “You do see it’s raining a bit” and I responded “Yes, but we are under the tent aren’t we?” She said “no” and she showed us the table.

So my only tale of caution would be when you make the reservation request to be under the big tent, not an umbrella unless you are sure it’s going to be a dry night. Other than that it was truly a joy to be able to dine out with my family for such a joyous occasion. Food was good, limited menu though so my favorite pork chop wasn’t on the menu. Small gripes to have all things considered.

Now I’m off to the “Restaurants who are doing it right” thread to add Blu Grotto to the list. Good luck and enjoy if you go!

wasn’t sure where this was going with first sentence…lol

all in all, nice to hear they are doing a good job, lord knows we need places to go back to once this all over and I’m got a long list of spots I’ll never go back to.

Thanks for that! Our table location was dictated by what was available when I went on Ticketmaster and since it’s an outdoor show (not just dinner) my HOPE is that if the weather is questionable that they’ll bump it to another night. TBD on that, but great to hear that you felt so comfortable from a safety perspective. Much appreciated. 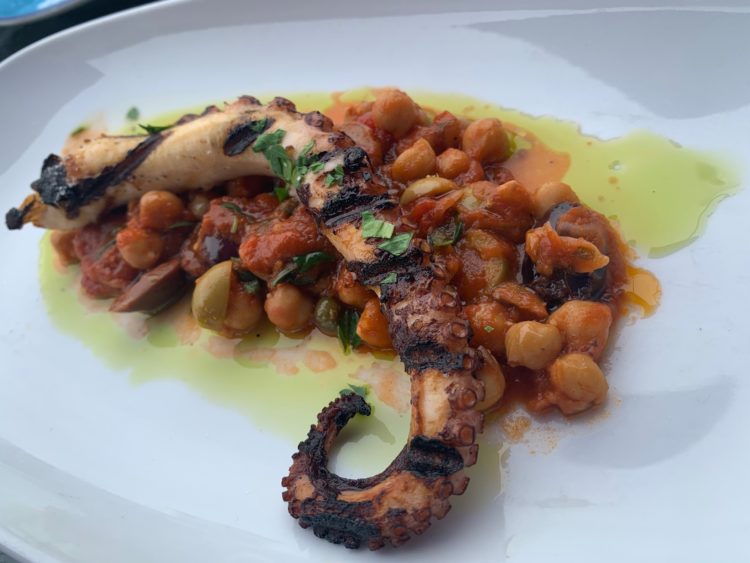 The writer was invited to visit Blu Grotto and the meal was complimentary. Blu Grotto is located on the grounds of Monmouth Park in Oceanport, a Garden State shore town. […]

Went back tonight after a too long hiatus. Everything remains the same beautiful environment it’s always been, walked in 6:30pm no reservations table for 2, no problem.

Service excellent as usual but the food is “different”. There has definitely been a chef change at some point.

Cesare salad was good however slightly over dressed. Kudos for the anchovies buried under the extra cheese I requested.

My pork chop was larger than I remember but the peppers and onions were “different “ and way too salty.

The wife got the halibut and liked it but again the butternut squash purée it was served over was……meh.

Desert was chocolate espresso cake with a gelato and cherries. It was good.

Great to be back I do really like this place hope it was just an off night. 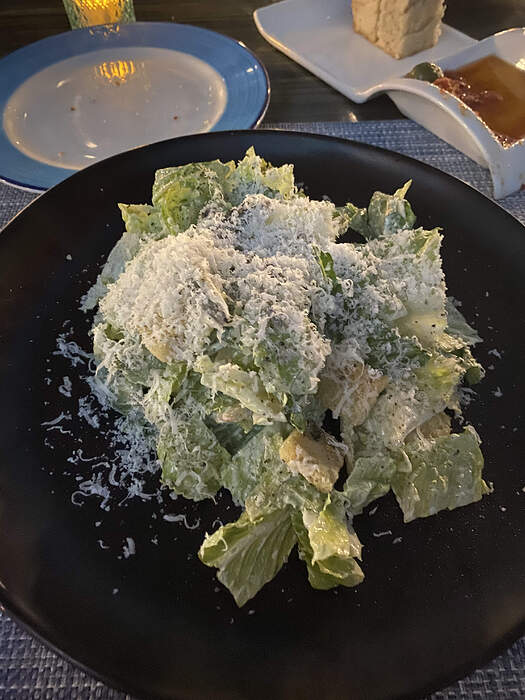 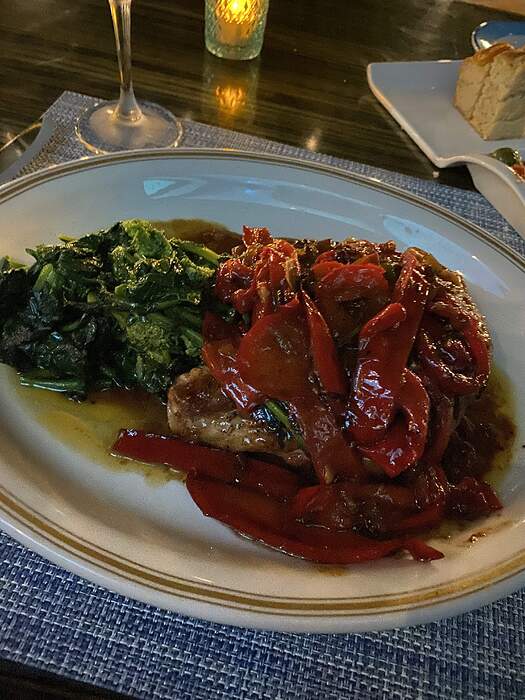 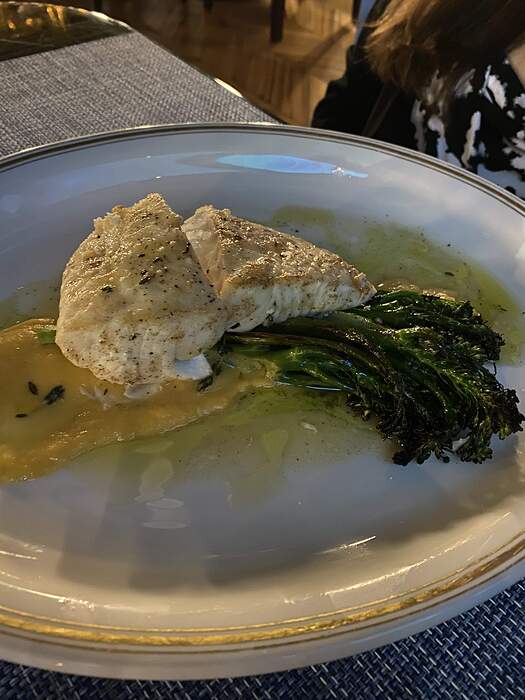 Fresh from a visit to Blu Grotto tonight with sone friends who were first timers. Arrived early for cocktails and/or pre-dinner wagers. Enjoyed the lounge and were seated for another wonderful pork chop.

All meals were enjoyed as well as my (shared) cesare salad. I don’t know if it was me but I left still feeling a lil hungry. Can’t say portion sizes looked any smaller but it’s just that after clearing my plate I wasn’t completely “satisfied”.

Food was so good no pics!