What have you made lately? Breads, cakes, pastries, or… Let’s talk!

I’ve to admit that in January, I didn’t bake much due to food overload over the holidays. I did make a lime cake to bring to a friends’ dinner, a recipe by Yann Couvreur, an excellent cake that is moist and tart, if you like citrus, you need to make this! 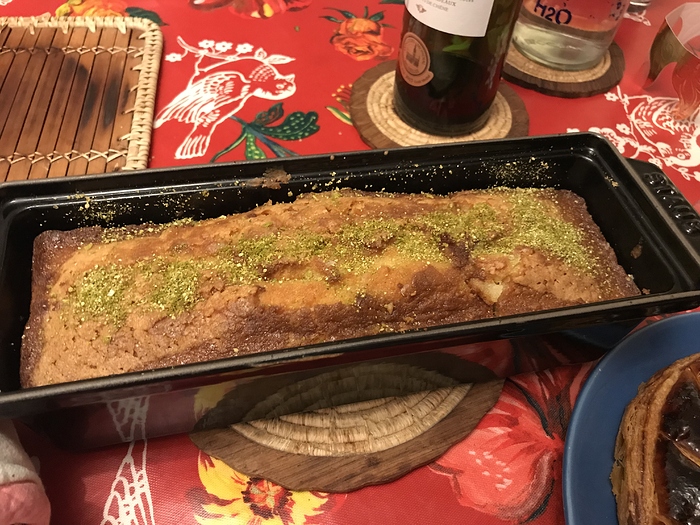 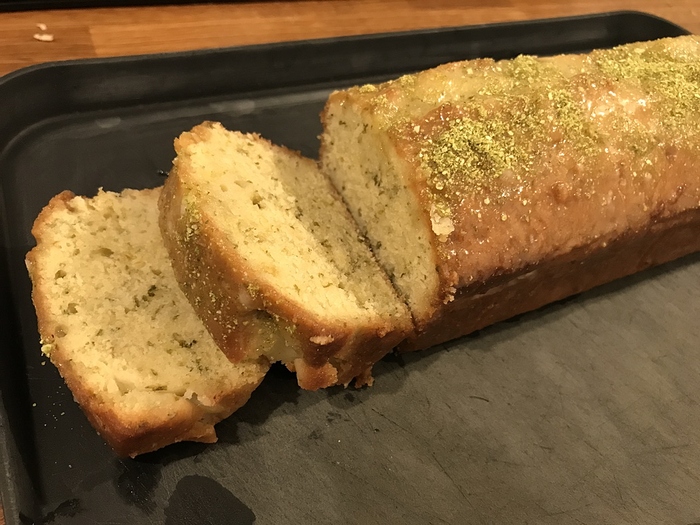 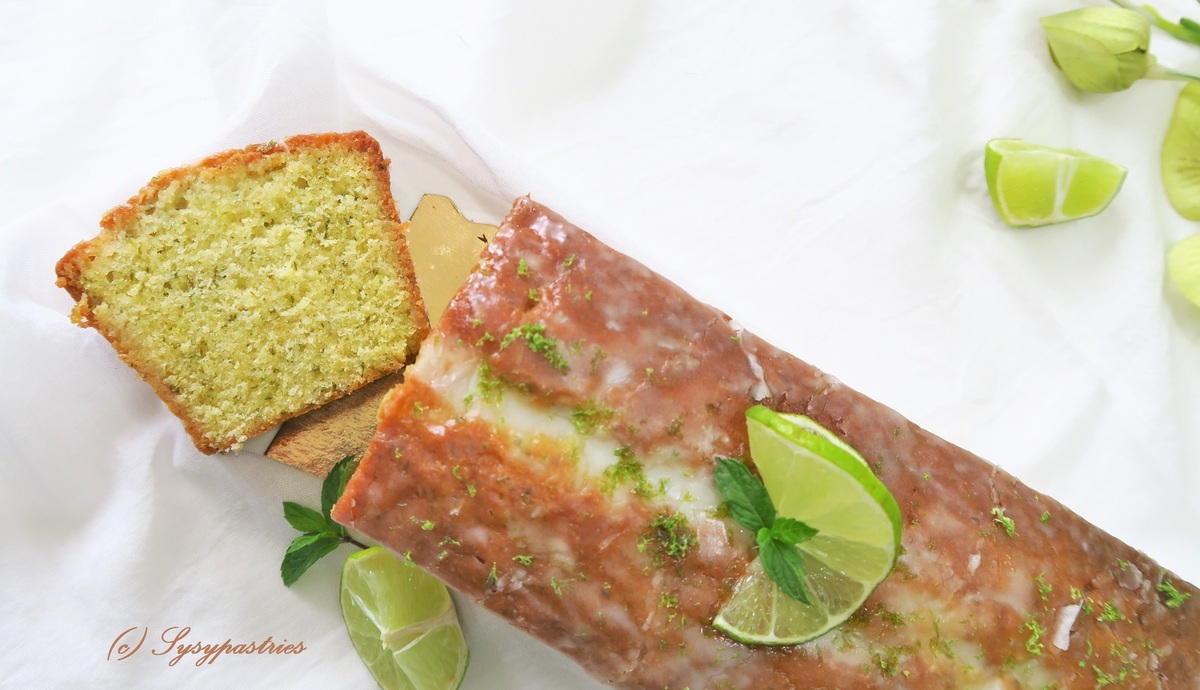 Last night, I made some Swedish oatmeal lace crisps. My version was quite simple, ingredients include: salty butter, cane sugar, egg, honey, flour and oatmeal. 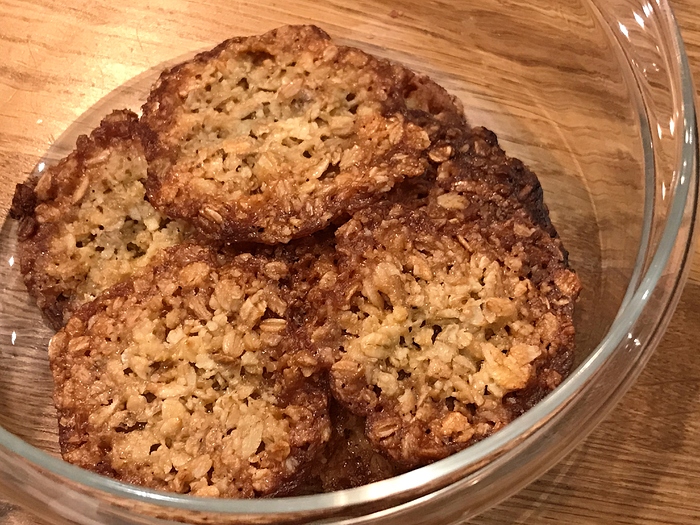 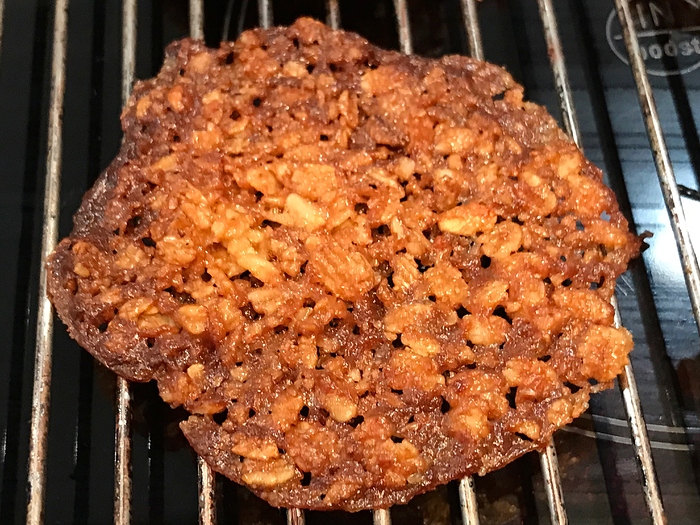 This morning, I added some melted chocolate to sandwich the two crisps. Actually, I find the chocolate I used too sweet (61%). Liked it much more without it, the flavour of honey was much more pronounced. 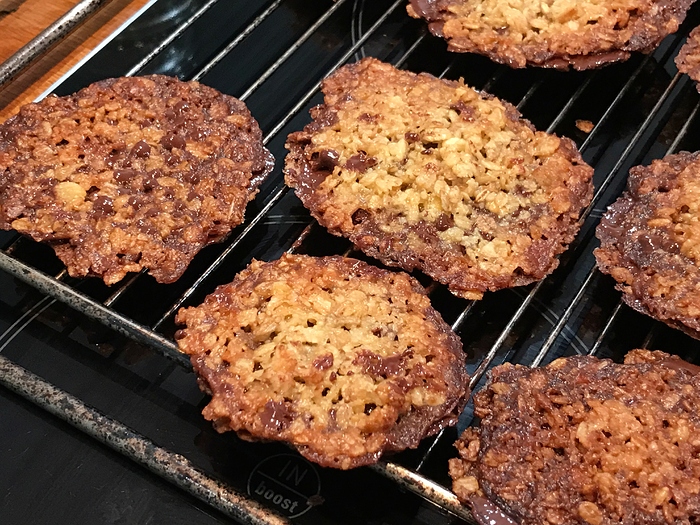 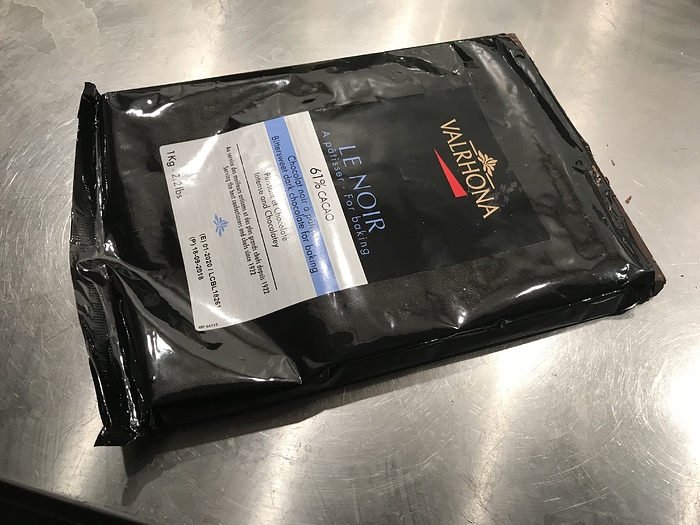 Will make them again, quite good, easy and fast to make although they don’t look particularly photogenic. Great with an afternoon tea and a book. I should have covered them with a baking sheet while cooking, my batch was a bit too dark. Also need a darker chocolate that has more character, that can add some bitter or even slight acid note or I will just skip the chocolate.

Will make them again, quite good, easy and fast to make although they don’t look particularly photogenic.

I’d like to see the recipe for those if you don’t mind sharing it.

I double the batch to use up the whole egg and omitted the vanilla.
I’ll let you convert the weight…

Thanks - i’ll try these this week maybe.

I guess this qualifies as dessert. Made some chocolate glazed pecans yesterday. 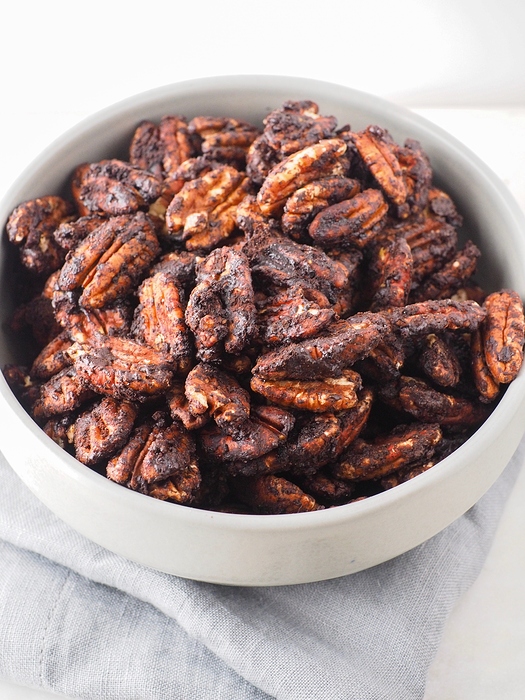 I tossed 1 pound of pecans in a glaze made with a whipped egg white, 30g cocoa powder, 80g brown sugar, and a few dashes of salt. Toasted at 300F for about 25 minutes, then stirred afterwards to stop it from clumping.

I won’t be able to stop eating this…

My toddler son and I made chocolate chip cookies today with semisweet and extra dark chocolate and a sprinkle of Maldon salt. He was a fan! 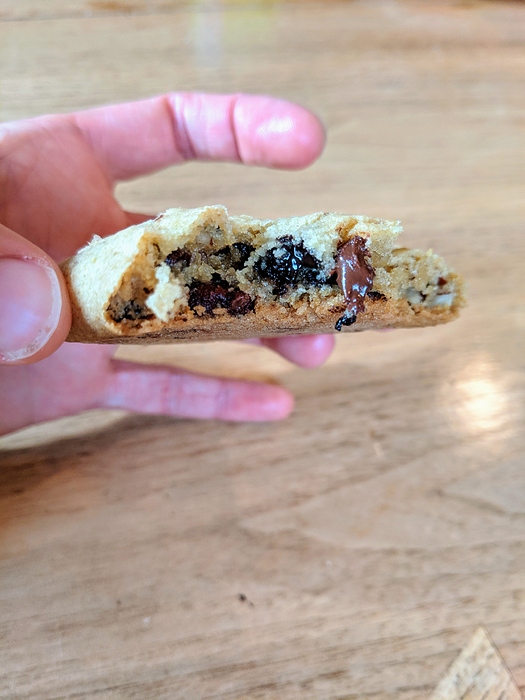 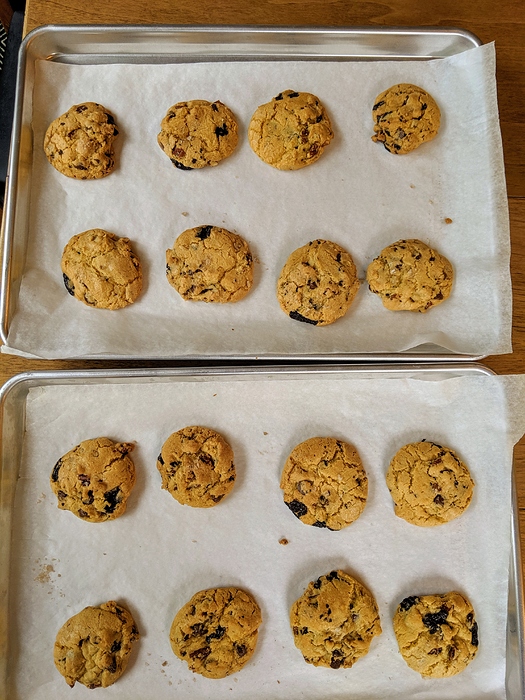 Great, will try your recipe! Looked so good!

Does ice cream count? I developed a recipe for a convincing Hong Kong Milk Tea ice cream, first by figuring out how to replicate the drink itself at home, specifically the chilled versions served in glass bottles. I settled on 9 oz water, 6 bags Rickshaw tea (simmered for 8 mins), 1/3 cup evaporated milk and 1 tbsp condensed milk.

My ice cream captures the essence of the drink by incorporating copious amounts of Rickshaw black tea (16 bags!) and condensed milk (rather than sugar) combined with a classic custard base for a convincing result. It looks and tastes exactly like the drink. 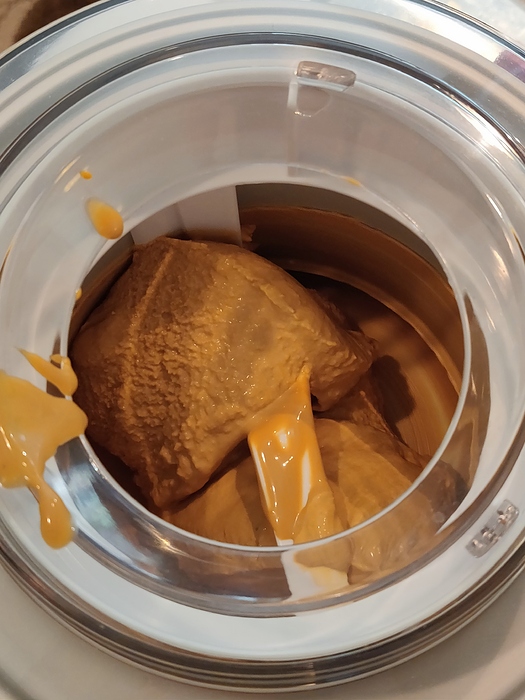 If I had a license to prepare and sell food, I’d consider selling this (alongside some other tea-infused flavors I’m working on) as I haven’t had anything quite like this anywhere, and those who have tasted it so far think it’s a home run. Humphrey Slocombe makes an HK milk tea flavor too, and while it’s good in its own way, it does not capture the drink as I know it.

I used pecans instead of walnuts. We scooped dough with an ice cream scoop - they took longer to bake (~13-15 min.)

Nectarine upside-down cake, from the King Arthur Flour whole grains baking cookbook. Recipe uses either whole-wheat pastry flour (aka graham flour) or spelt flour; I went with the former. It turned out fairly well, particularly since I added almond extract to the batter instead of vanilla (the recipe said you can use either).

Unfortunately, I had to transport them in a hot car and the glaze basically melted into the brownies, turning them almost into a pudding texture rather than the fudgy/chewy texture I was anticipating. Still, the lemon flavor was wonderful, and they were much faster and simpler to make than a traditional lemon bar with a shortbread crust, so I will probably try them again at some point (when it’s not 1000 degrees out).

I’m intrigued by the recipe. I’m a lover of all things lemon. It doesn’t seem that the brownie part really has much lemon in it. Is it a very lemony taste, or just slightly lemony?

I’m intrigued by the recipe. I’m a lover of all things lemon. It doesn’t seem that the brownie part really has much lemon in it. Is it a very lemony taste, or just slightly lemony?

I thought they were very lemony, but I did add more lemon juice to the batter than the recipe indicated - probably an additional tablespoon. This may also have contributed to the soft texture, although the batter was not especially runny - basically felt like your average brownie batter. 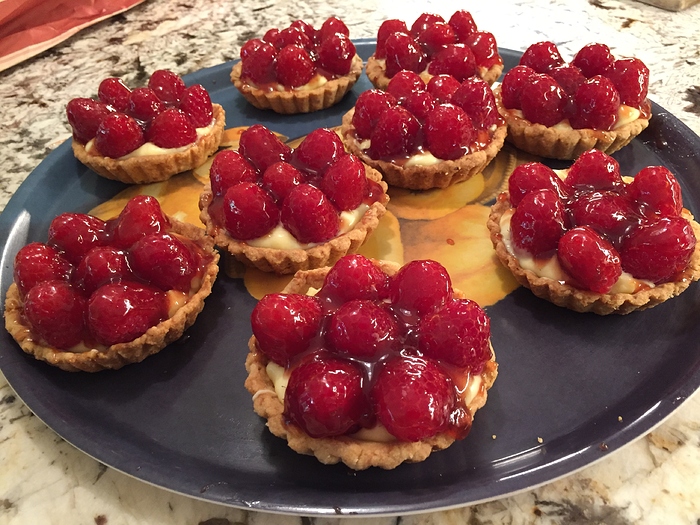 Hazelnut pastry, pastry cream and raspberries.
I started out recreating a Viennese tart my sister made for me decades ago. It was hazelnut pastry, pastry cream and peach halves (specifically canned peaches). Everything was assembled and I just needed to prep the peaches. They were beautiful looking peaches. They were beyond awful. Dark pasty flavorless… Surprising as I had excellent peaches from the same source a week before. I ran out and found nice organic raspberries to save the day. No one will care that it’s raspberries not peaches:)

Nice! I love Ina Garten’s recipe and have made many vatiations. Here’s my take with peaches, bourbon, brown sugar, and pecans: 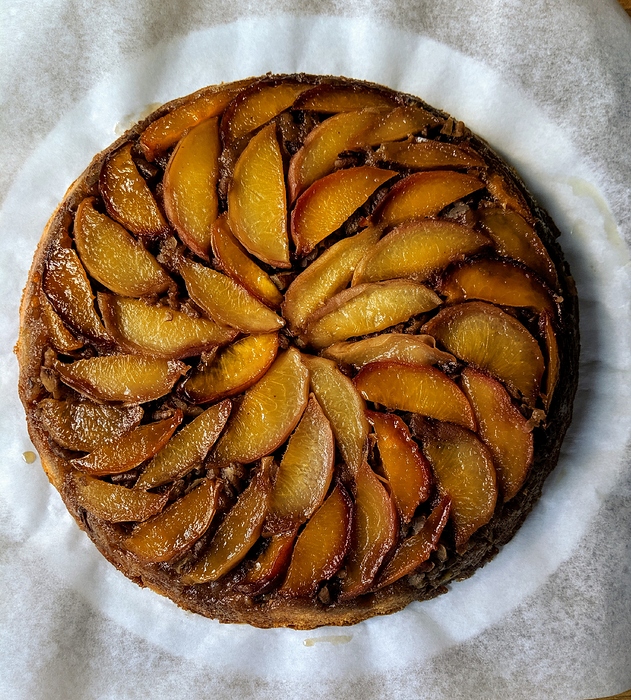