AQUACULTURE articles - Hakai Magazine and The Atlantic: What It Takes to Feed Billions of Farmed Fish Every Day - They’re usually just given ground-up fish. One company is exploring a more sustainable alternative: maggots.

As Vickerson has learned, black soldier flies can be farmed extremely efficiently. Enterra pioneered and patented some of these techniques. But at the heart of their operation is a very low-maintenance livestock. You don’t have to hunt, fish, or grow anything to feed black soldier flies. They don’t require fresh water. As larvae, they’re happy eating all manner of food waste that would have ordinarily gone to compost or the dump. Black soldier fly grubs, Vickerson explains, can recycle those nutrients back into the food chain because, unlike many other insects, they can consume a wide variety of foods. In the larval stage, they’re packed with protein and are high in fat, including the omega fatty acids highly prized by the aquaculture industry and consumers alike. Native to the Americas, black soldier flies now range throughout the warmer parts of the world, although they don’t naturally occur in Canada.

Taking the Fish Out of Fish Feed | Hakai Magazine

That was a really informative read. Thanks! 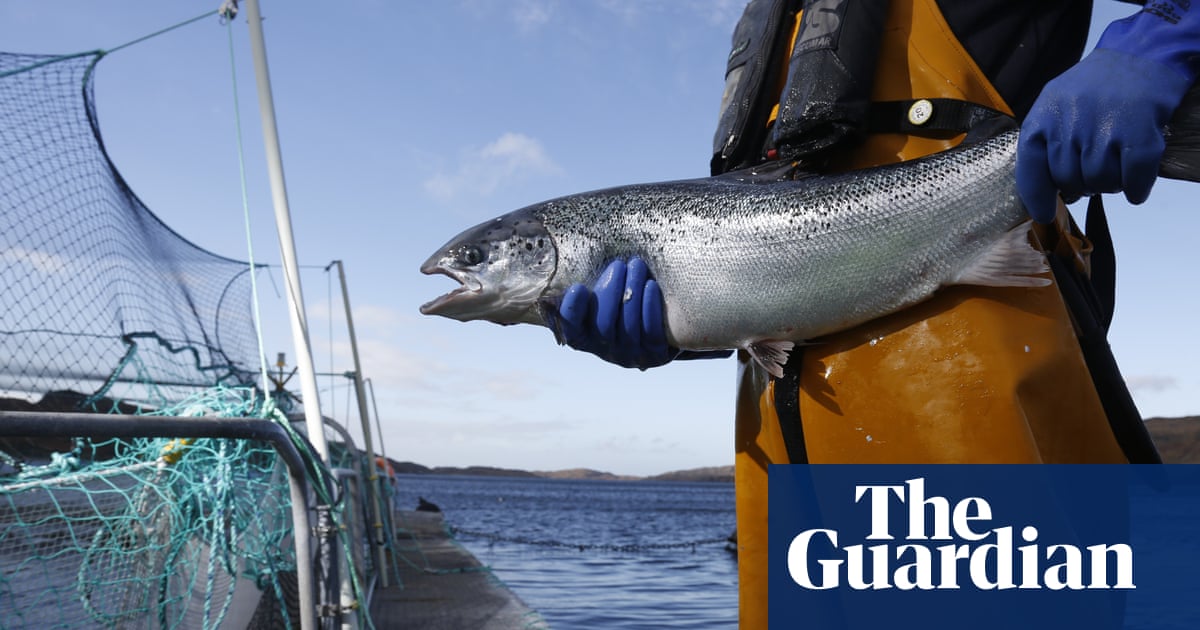 The long read: The salmon has always been a barometer for the health of the planet. Now industrial-scale farming is bringing pollution, plagues of sea lice and threatening the future of wild salmon

This line in that article caught my eye: “Norway, at any given time, there are about 400m farmed fish and only 500,000 wild fish.” If they can raise so many fish in farms, why can’t the same techniques be used to re-introduce Atlantic salmon to their native habitats, in north-eastern North America, for example?

Thank you for the informative title instead of “You won’t believe what’s in farmed fish feed!!” 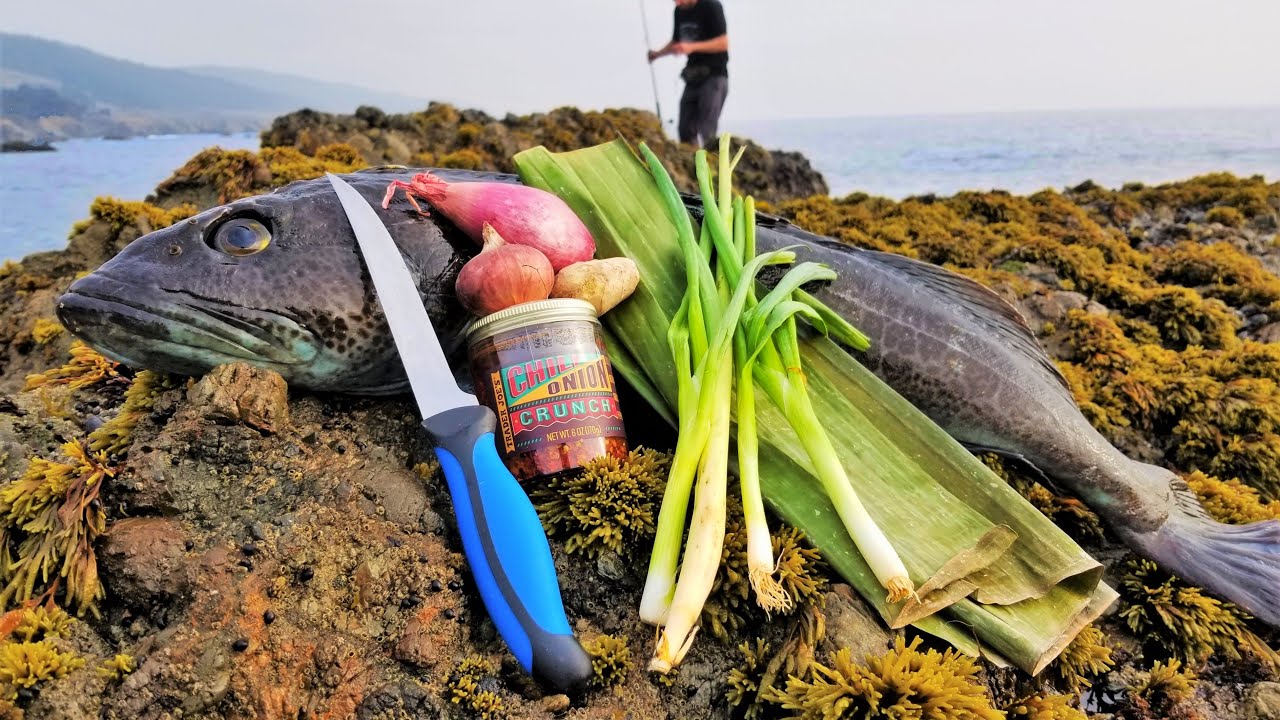 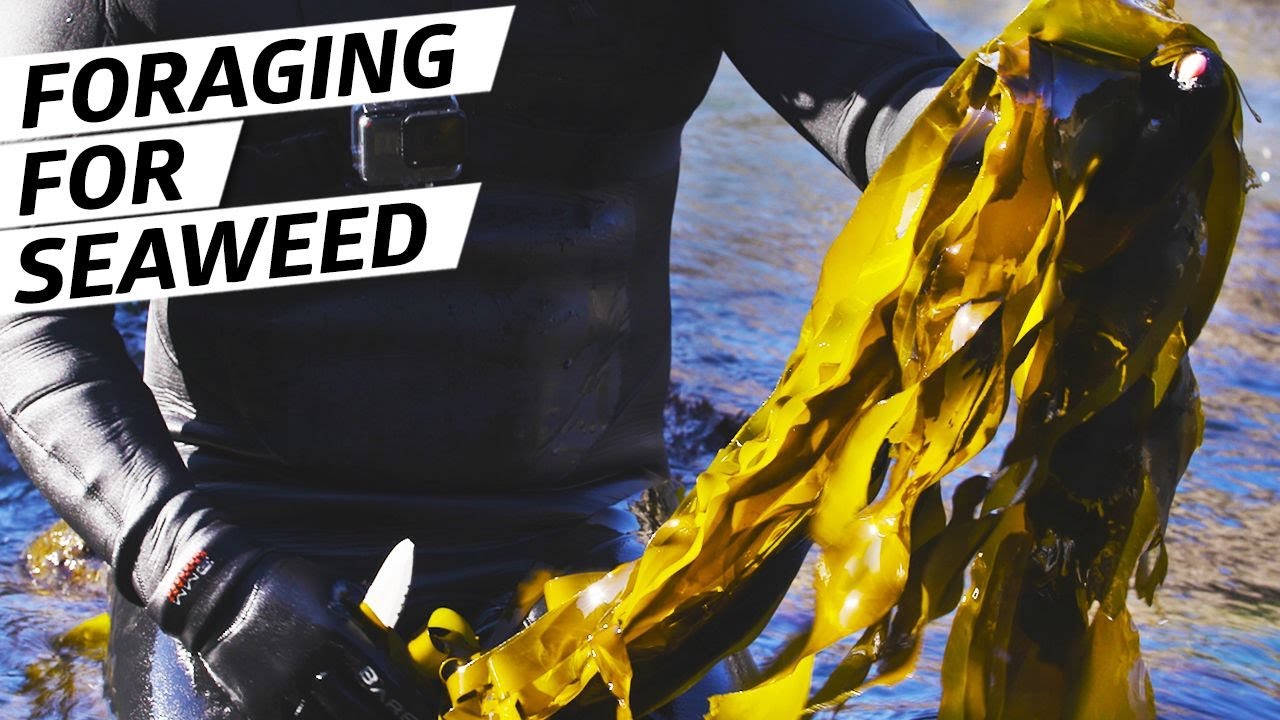 The Farming Mussels in Albania segment of the video starts at about the 17:17 mark and runs until the end: …
After a 5-minute drive, we arrived at the rustic Mussel House, where I met Linda. But before we could eat at the restaurant, we headed on a boat tour of Butrint Lake to the mussel farm.

There are pods below the water where the mussels are. The farm is divided into sections, which are owned by different people. The Mussel House has their own section. They have hundreds of thousands of mussels.

Backa the restaurant, Erjan and I toasted with some tasty white Albanian wine. Then, Linda took me into the kitchen to see them cook the mussels. I watched the chefs cook them in oil, parsley, garlic, and white wine. It smelled so good! Then, they added some cream to some of them!

Erjan showed me how to use the mussel shell as a utensil to take the meat out of the shells. It’s the Albanian way of eating them. The salted ones were so succulent and tasty! We had at least 150 mussels.

The tomato and onion ones had a nice, juicy burst with a bit of sourness. They were also crunchy! They were amazing and so different. But the star was the creamy mussels, which were ridiculously good. It was like a creamy pasta. It was so good, I had to lick some of the shells clean!

I loved eating the mussels Albanian-style! I also really enjoyed the broth from the tomato-and-onion mussels, which was like a seafood and vegetable soup! The white wine broth was tangy from the lemon, and the cream was nice and rich.

The risotto was super tasty! Rice isn’t produced in Albania anymore. It was super creamy and moist, and very different from paella or biryani. The best thing is, this huge mussel feast only costs 600 lekes, or just under $6 USD! 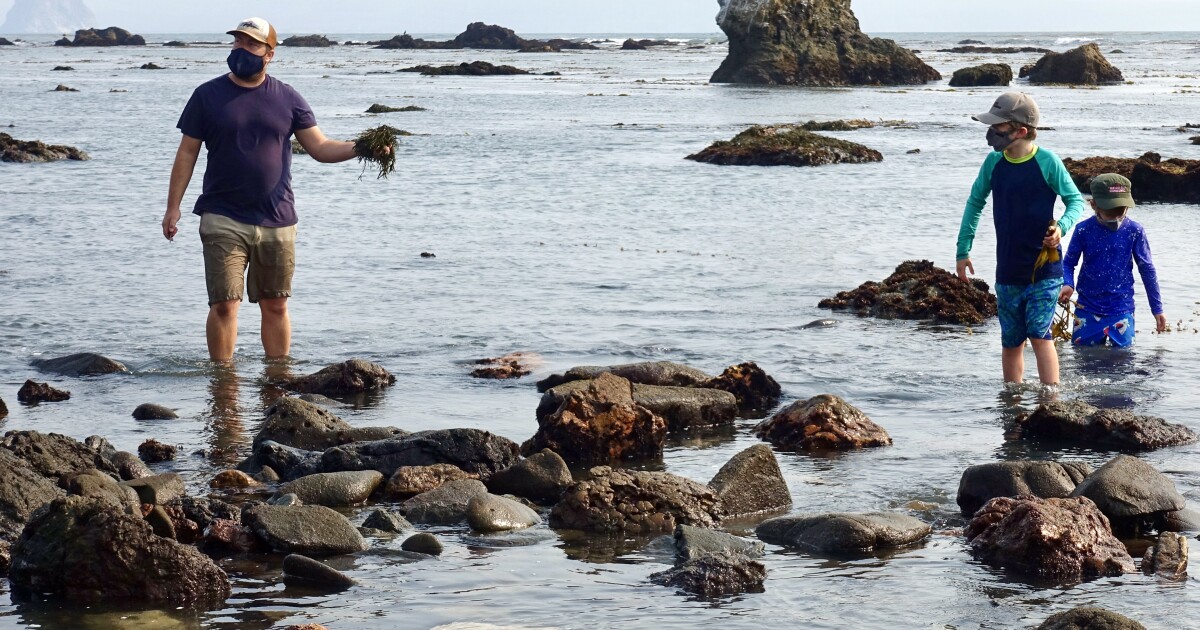 Edible seaweed is the star of this coastal forager's tour

Forage for edible seaweed on a tour that includes a ramen lunch made with the day's harvest. 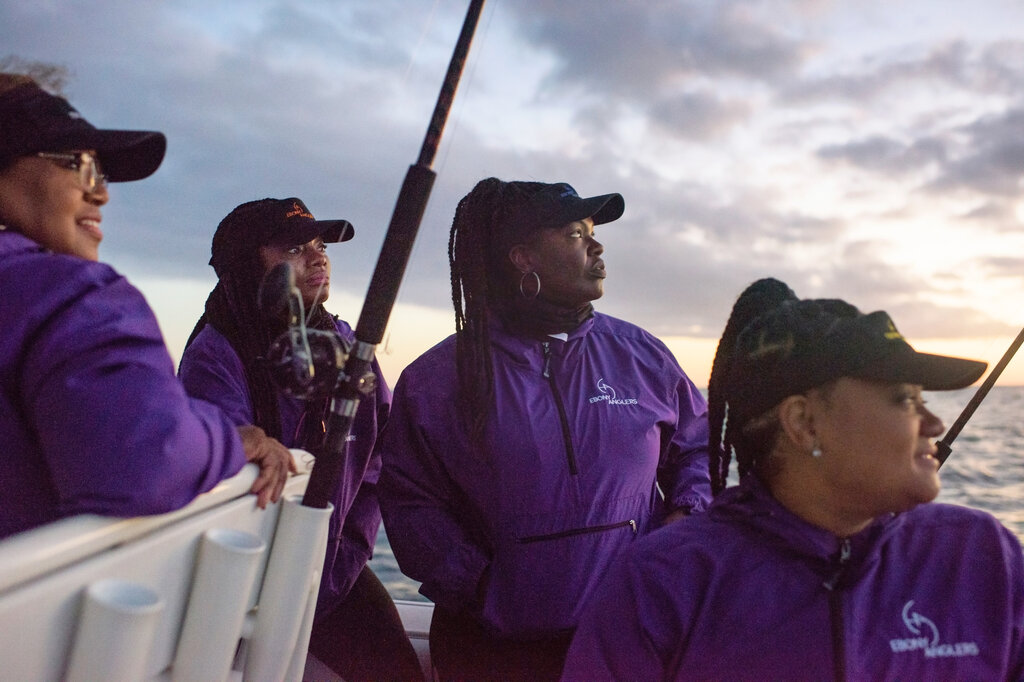 The team, formed in the past few months, is trying to make a mark in the mostly white, mostly male world of competitive fishing. 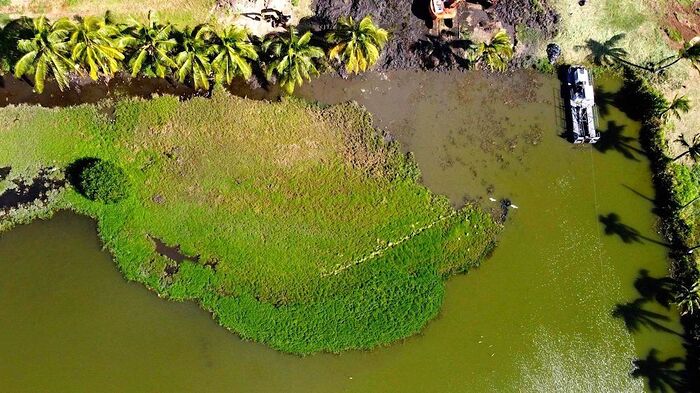 In a bid to help Hawaii feed itself, scientists are using modern technology...

Loko iʻa are models of sustainability. Algae is cultivated in the pond to feed the fish; no additional feed is required. Once established, the ponds are largely self-sustaining, needing minimal management and maintenance. In the 1700s, there were at least 360 fishponds in Hawaii, producing almost 2 million pounds of seafood annually. 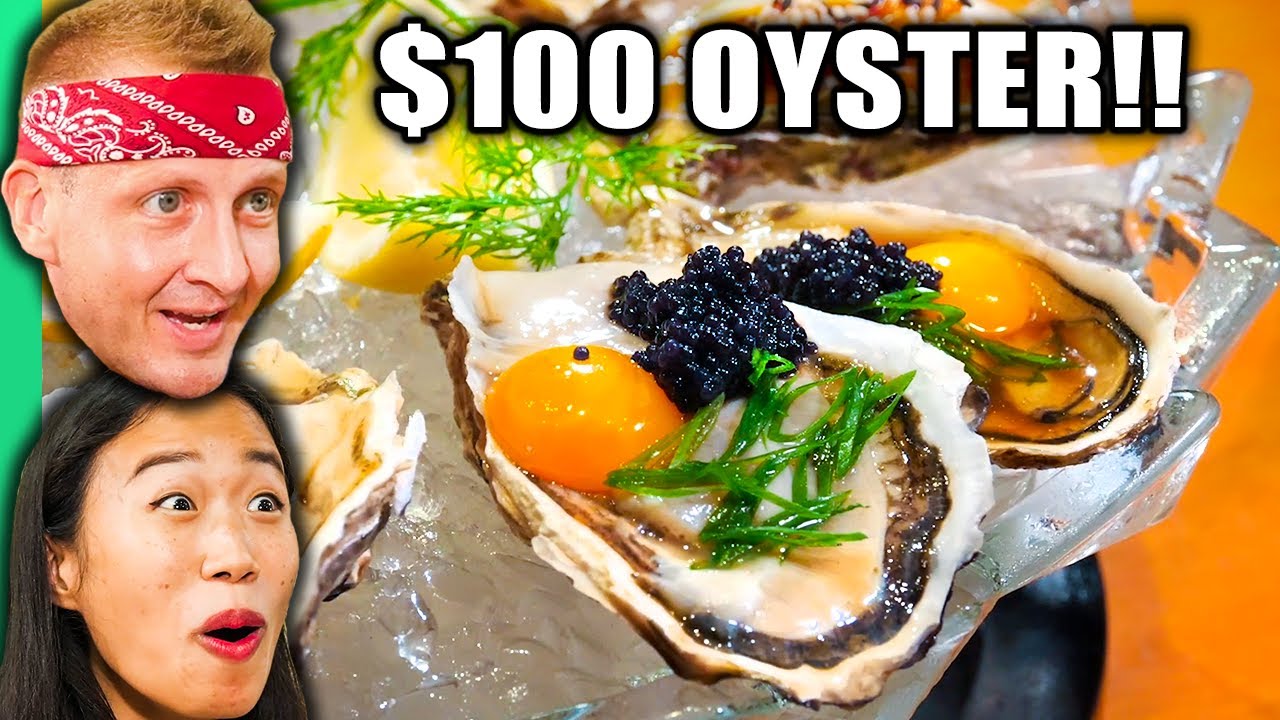 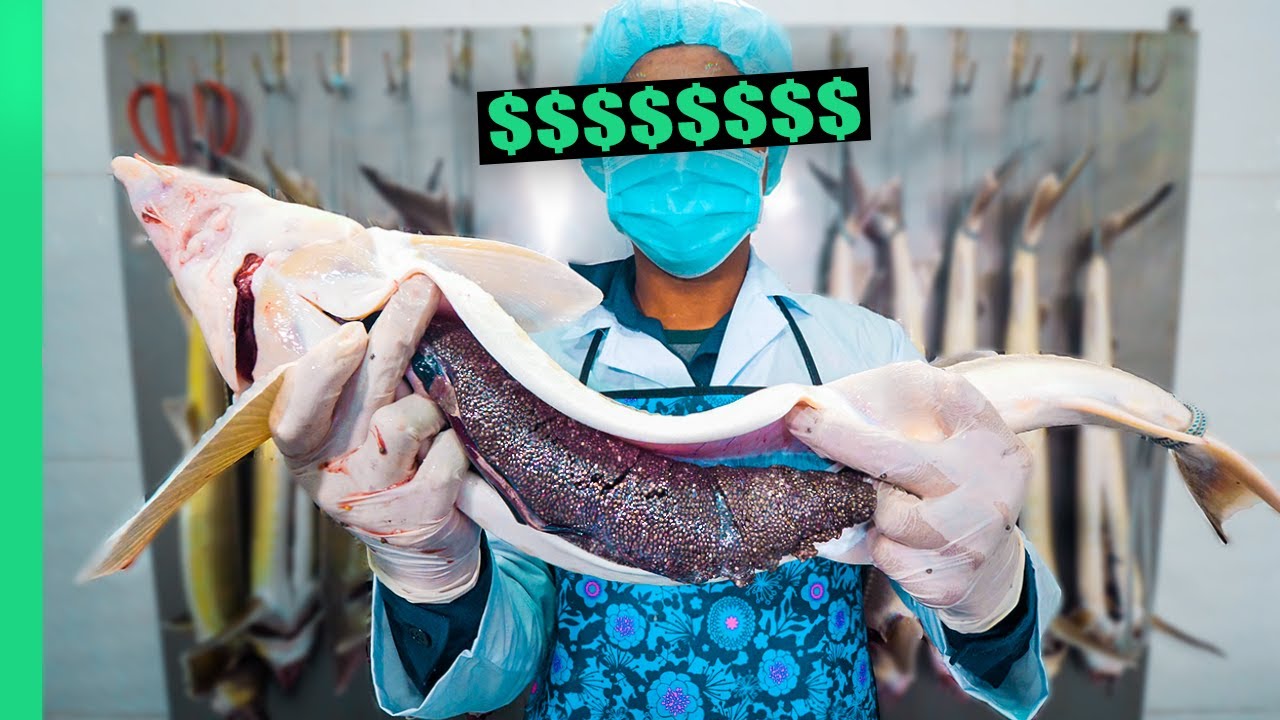 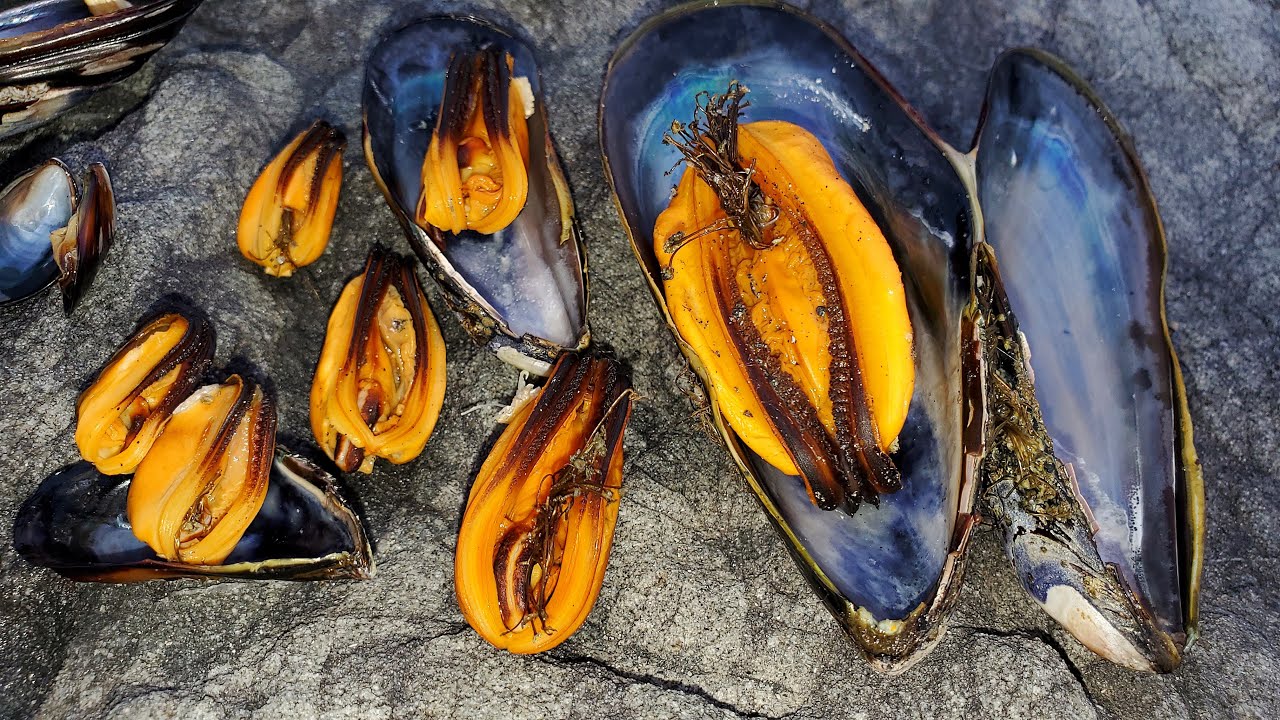 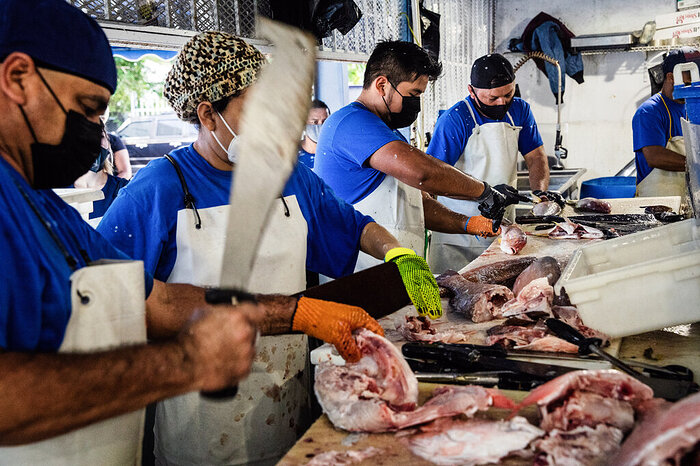 A Miami Market Where the Fish Fly

Plaza Seafood is a hub of sounds, sustenance and a sense of community that are more in demand than ever during the pandemic.