Along with collard greens, and black-eyed peas, pork is a New Year’s Tradition for me.

And from Culture Trip.

We do pork tenderloin regularly, but I WANT SHOULDER!

Because husband and daughter are here, but not fans of what they would consider “fatty meat”, I’m trying to adapt a recipe for one, with a few boneless country style ribs ( which as you are likely aware, is a cut from the butt end of a shoulder).

I’d love to be able to slice it, rather than shred, and I’d love “pernil” flavors…

Parking some ideas here, and would love anyone’s thoughts about this idea.

Cooking pork only in a manner of speaking, as it’s already cooked. We’re going to lunch at the SiL’s, where’s she’s cooking paella. Which means we’ll only need a snacky dinner - there’s pate de campagne (homemade), and a supermarket bacon quiche.

I’ll be doing a pork tenderloin, but not the collard greens and black-eyed peas, as I never grew up doing that. Still not sure how I’ll be doing it.

Because husband and daughter are here, but not fans of what they would consider “fatty meat”, I’m trying to adapt a recipe for one, with a few boneless country style ribs ( which as you are likely aware, is a cut from the butt end of a shoulder).

Country style ribs have not much fat and are generally very lean. I put them into a simple brine of some sugar and kosher salt for about an hour, rinse off. S&p, evoo and some paprika, cover with foil and place into an oven at 225 degree oven for two hours. Remove and turn oven up to 425, brush with your favorite sauce, (most of them have a ton of sugar) back in the oven for 10 minutes or until then are golden brown.
Happy New Year!

Go @PHREDDY! I have been using this type of reverse sear method on pork roasts this fall to happy effect. I have been riffing on a Serious Eats recipe to guide me through. 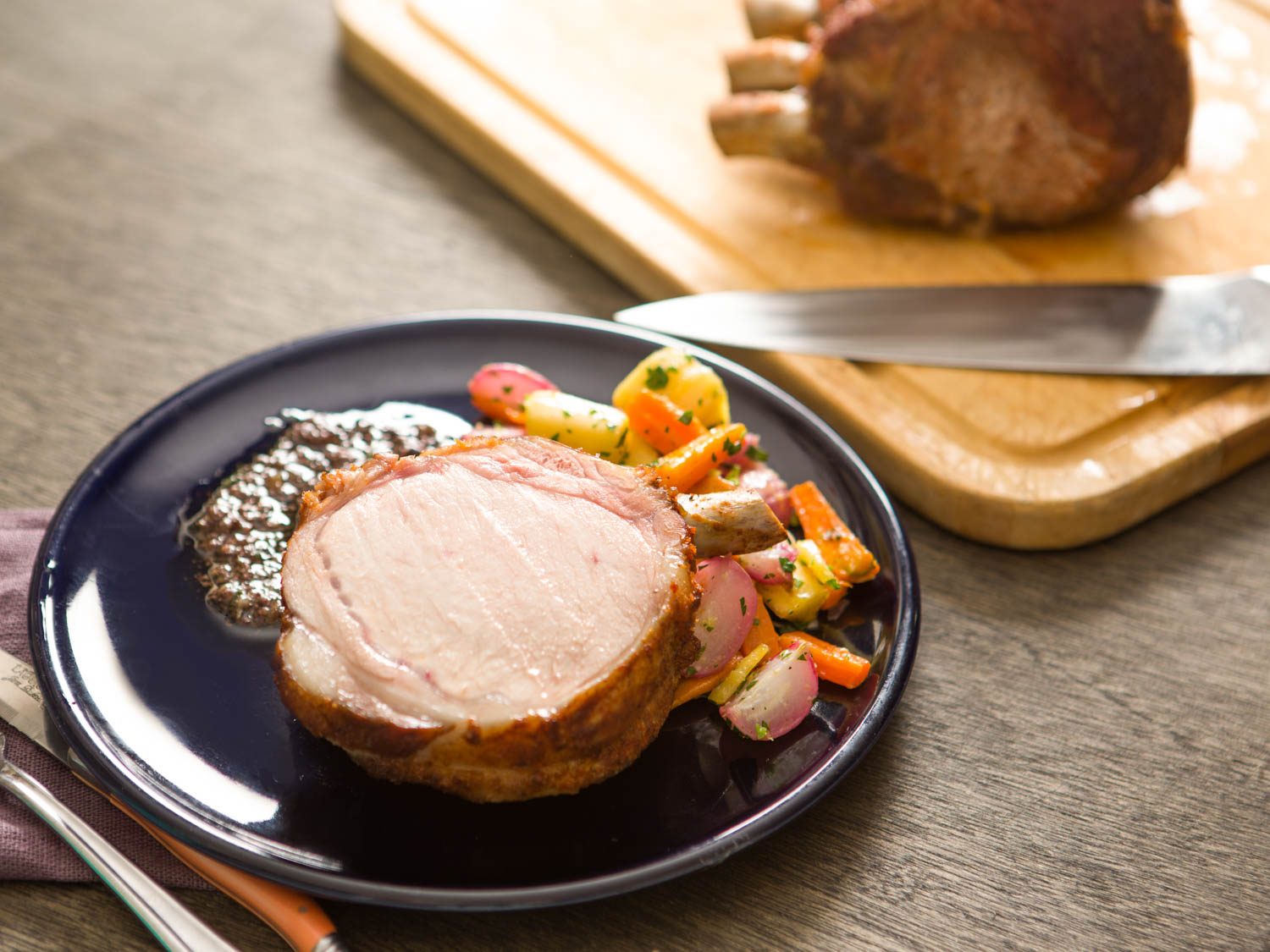 A bone-in pork loin roast is one of those cuts that are guaranteed to impress. The best part is that it's also dead easy to cook just right, as long as you use the reverse-sear method.

Your treatment of the pork ribs sounds absolutely delicious. I’ll have to give it a try sometime (not cooking today).

Best wishes for a better and brighter 2020, all!

Traditional New Years Day meal in the American south here. Blackeyed peas cooked with smoked pork chops, collard greens with another chop, and cornbread. Tomorrow will be the leftover peas mixed into rice for Hopping John

Traditional midwestern meal as well, although with sauerkraut rather than collards and black eyed peas as in the south, due to the area’s German roots. My mother always made mashed potatoes, peas and Waldorf salad to go with it, none of which I care for - in fact, my siblings and I all discussed how much we dreaded the meal as children just the other day! My mother defended herself by saying she now roasts shoulder instead of the overcooked loin we remember (a very safe and sawdusty 170+ degrees internally), but still, not a meal I care to eat. I do have some pulled pork from a shoulder I smoked a few months ago in the freezer, though, so perhaps that will be dinner!

There was a old thread on Pernil on Chowhound that I used. Is it ok to post links to ancient Chowhound threads?
I’ve been making shoulder with porchetta seasoning lately, which we like a lot.

I am going to try to make a Detroit style pizza today, and the pepperoni will be pork, so that is my source of pork today. And I had some prosciutto around 1 am this morning

Here is that thread from 2007 on Chowhound. I really miss JungMann’s posts. J liked him a lot, and he stopped posting a long time ago. https://www.chowhound.com/post/perfect-pernil-432258

I really miss JungMann’s posts. J liked him a lot, and he stopped posting a long time ago.

Me too. I could never quite work him out. His was often a different take on foods. I think I recall that he lived in the States but I always had a sense he might have been a first generation immigrant.

He had a very interesting ethnic background. For some reason, I seem to think he was part Filipino, Turkish and German.

Made black eyed peas and kale with chorizo last night, hopefully kale is close enough to collards to be lucky.

Perfect! Can’t believe I missed that one!

I’m having pork sausage with a can of black eyed peas doctored up with ingredients from a recipe posted by @rooster.

Not this year, last year we had the Christmas ham of Martinique with pineapple, it was smoked and spicy, and decorated just like this photo with pineapples. 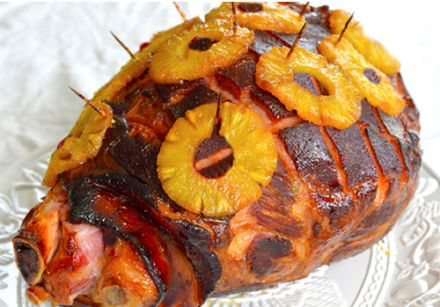 An old time ham.
Now I get it.
What we would call a country ham with pineapple added.

No, a Martinique ham is a regular cured ham like we Americans serve for Christmas and Easter. Not as salty nor as concentrated as a country ham.

Thanks for playing along everyone! I hurt my wrist, so I may finish @Phoenikia’s Black-Eyed Peas with Coconut Milk and Ethiopian Spices recipe, 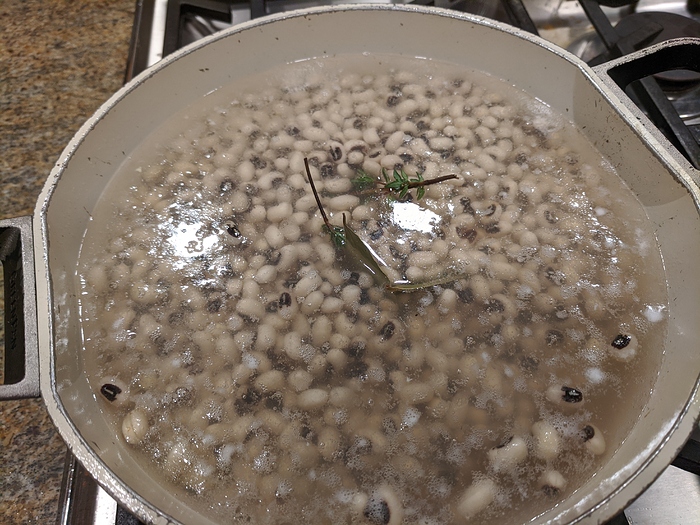 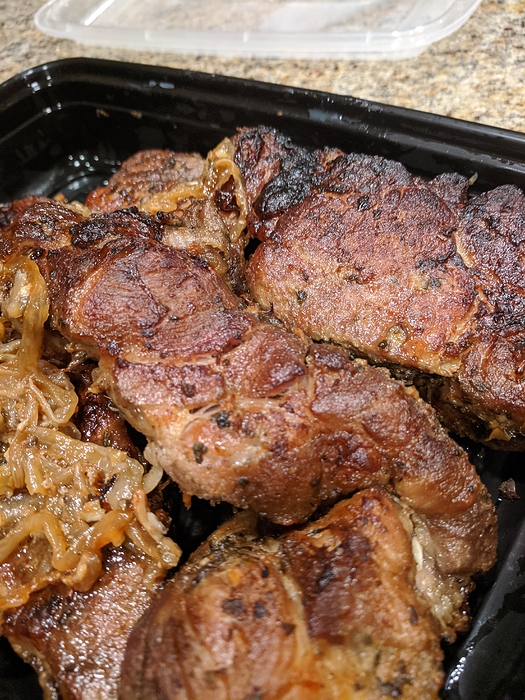 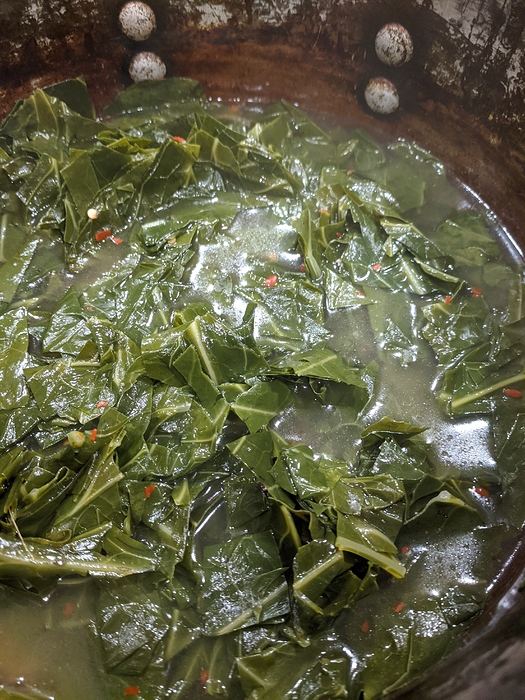 Thank you. Perhaps I should also give credit to Marcus Samuelsson @MarcusCooks.

Ran across a pernil recipe from @mariacarmen from waaaay back (takes a while to load).