Lunch the other day was pork and three delicacies dumplings at yuanbao jiaozi on Irving off 22nd. 14 made to order dumplings with thin skins and a tasty juicy filling full of Chinese chives served boiled, not in soup. I’m not sure what three delicacies means. While my instinct was to try a pork filling first, I’m definitely going to try one of the fish versions next, probably with celery. Yuba salad had nice fine shreds with plenty of bright fresh cilantro in a tasty chili oil dressing. I also had the spicy beef noodle soup, which was the only noodle on the menu. Thin noodles were fine, the beef soup was light and delicate, maybe a bit too much so, with a gentle tingle from the chili oil. Tender beef both in thin slices and small chunks, very fresh and well cooked greens. I’ll be back. 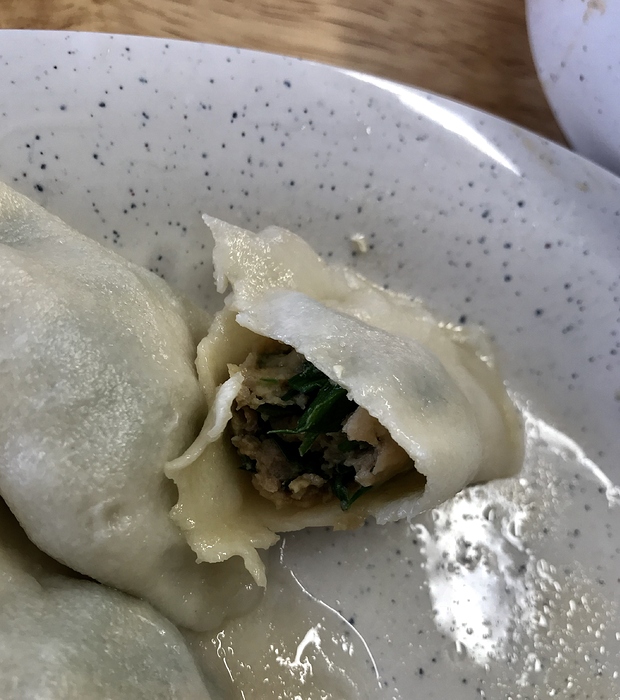 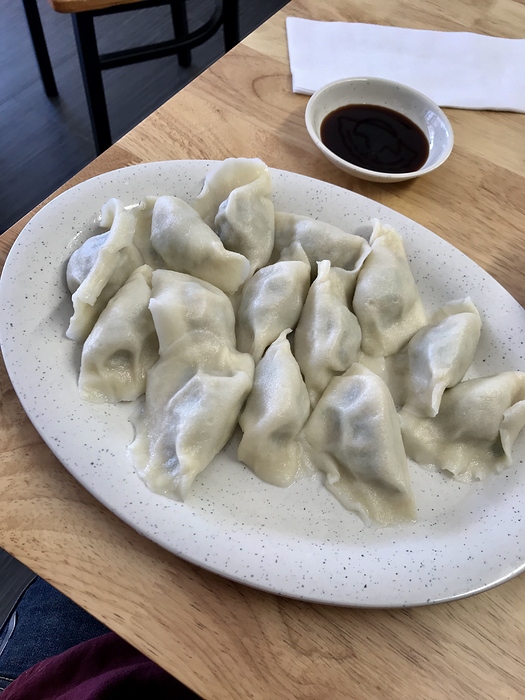 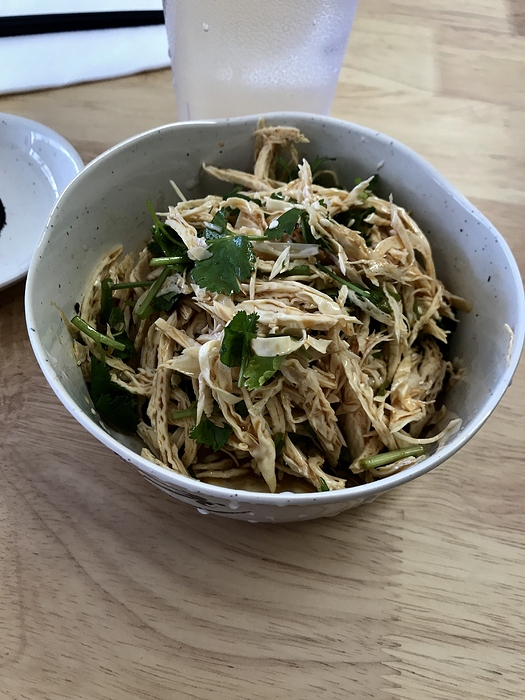 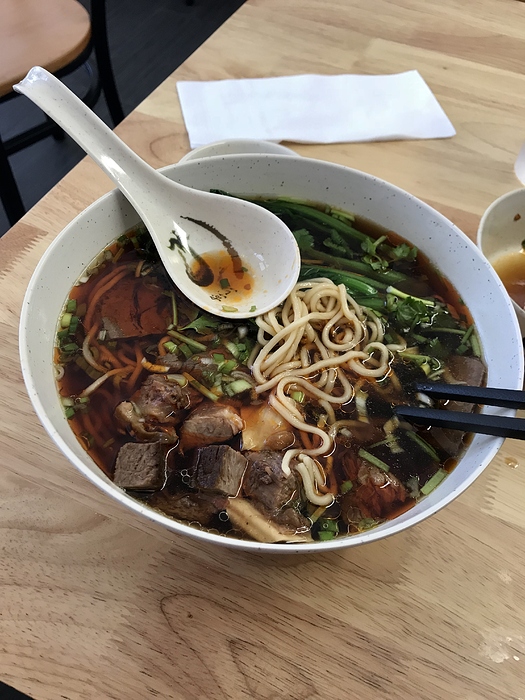 “Three delicacies” (三鲜, san xian) or “three fresh” is a common descriptor for a variety of jiaozi or wontons in northern China. The three ingredients may vary, but a mixture of minced pork or shrimp with garlic chives and shredded shiitake mushrooms is generally implied . The mix often contains pork AND shrimp, but isnever called “four ingredients”) because four is an unlucky number.

Have you eaten at Kingdom of Dumpling or Dumpling Kitchen? If so curious how the dumplings compare.

I’ve had kingdom of dumplings frozen dumplings and really like them but I don’t think I’ve eaten at the restaurant. I say think because I have trouble remembering a lot of these kingdoms and kitchens And dumplings or was it pancakes or noodles by name. The last bag of frozen dumplings from kingdom of was fish with chive, and I really liked their flavor and wrappers as well. Dumpling kitchen is good, but my memory is fuzzy. I liked their veggie xi’an dumplings best. They’re all over the place, stylistically, with gyoza and Cantonese items on the same menu but I think I only found their noodles to be disappointing.

There will be a difference in the cooked texture between frozen and fresh dumplings. When the dumplings are frozen, the dumplings need to cook 3-4 minutes longer in the water to cook the meat inside through, but that also means that the wrapping is overcooked and thus a bit mushy.

In the case of fresh dumplings, the reduced cooking times mean the wrapping retains a certain bounce, or, al dente quality, which is appealing to me.

I got delivery from Yuanbao Jiaozi today for lunch. I ordered the beef noodle soup and the pork and napa cabbage dumplings.

The beef noodle soup was very good. The broth was clearish, savory, and clean tasting with a few herbal notes. It came with a chili sauce that added some kick. Quite good broth, I ended up drinking it all. The noodles were medium thick and were fine, maybe a little on the soft side but the voyage may have affected the softness. Toppings are baby bok choy, cilantro, and what looked like beef shank. The beef, which came in thin slices and also a few small chunks, was nicely cooked, tender but still with a little chew to it. A very satisfying bowl of beef noodle soup. 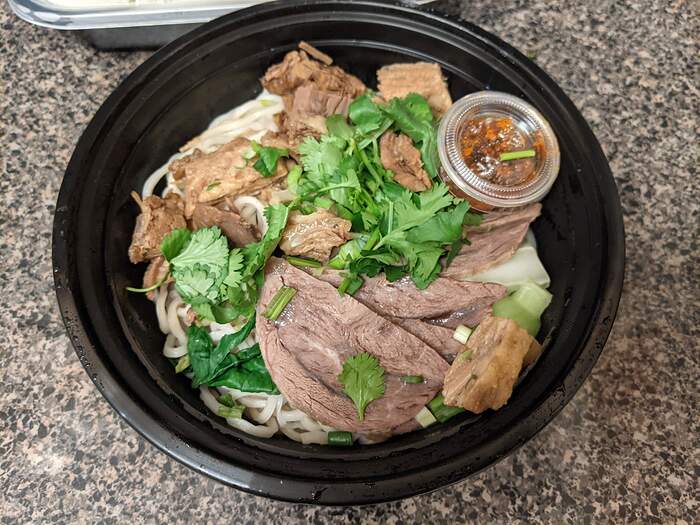 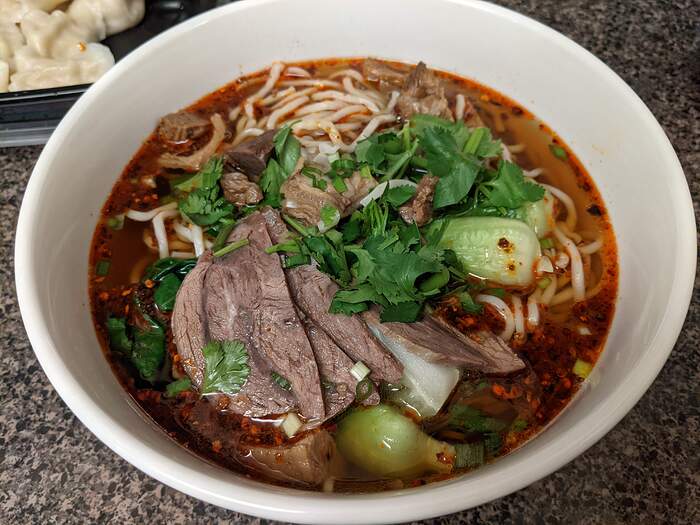 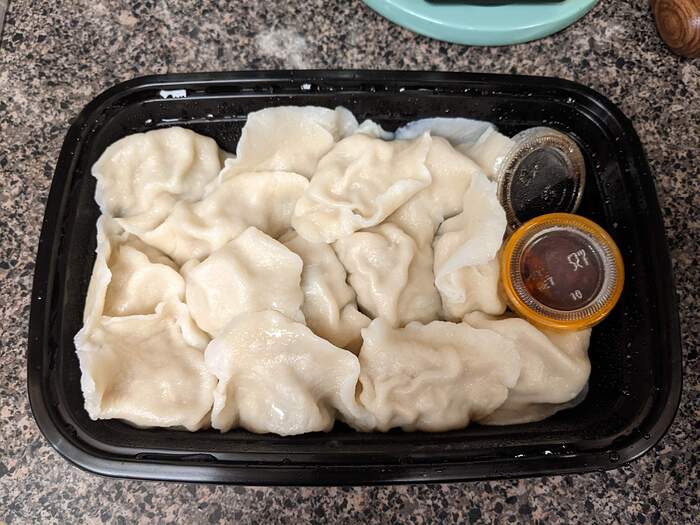 Would get both again, but maybe not at the same time as it was enough for 1.5-2 meals.

6 Likes
Dumplings or ToGo in the Sunset? [SF}
Help cover Hungry Onion's costs when you shop at Amazon!