With so many new arrivals, I’m curious about whose tastes influence your cooking - whether household members, friends, or just yourself. Who do you cook for? What are their preferences or dietary req’s?

I’m cooking for my husband, who will eat just about anything but has an annoying distaste for lemon and parsley. And then there’s the more limited (but hopefully growing) palate of my kiddo, who would live on berries, tomatoes, pastries, bread, pasta, and sausages if we let him. It’s a challenge making meals that everyone will accept sometimes, but I try!

Cooking for two retirees here. I try to always make meals we’ll both enjoy and keep our personal-favorite breakfast items and snacking items stocked in the fridge. We prefer lower salt than most recipes list and MUCH lower-salt than restaurants use. I’m fortunate to have a husband who will eat almost anything and also is willing to help with meal decision-making. “3 ideas for dinner - pick one for me to make tonight”. Anything with lemon is likely to get a happy smile and make-again rating. “Meat and 'taters” in any form are also a favorite. Cooked carrots most often are pushed to the side of his plate (or avoided all-together as he serves himself), but carrot cake or shredded carrot-apple salad are both enjoyed. Breakfast favorites - me- eggs any style, he - cold cereals combined to his taste. Snacking favorites: me - cheese chocolates. , he - bakery cranberry-walnut bread, Sunchips, Cracklin Oat Bran, Sees toffee brittle.
Our household recipe rating system borrows a phrase from a Robert Heinlein book: “funny once” is something we’re willing to finish but the recipe will get noted as “don’t make again”.

It’s not really a big deal and he accepts my sometimes boring dinners (when I’m in a rut) without complaint. He fends for himself at lunch so it’s a matter of making oatmeal for his breakfast then whatever we want for dinner–mostly meatless.

Which owl voice calls, “who cooks for you”?
Retired, I am the overseer of the diner. My roomie of 36 years assists when he’s home for a meal and as necessary. Rarely do we get together for a whole family meal of10 at our home. Eating patterns have changed. We cannot sit down for a family meal; grazing is the norm.
I used to love to cook for the masses, not so much anymore. The roomie has an awful, insidious fish allergy that we’re constantly working around. Other than that, we both love food and will cook and eat almost anything that we put on the table. One of our kids will clean out the fridge of leftovers when visiting. That’s handy.
During the pandemic, I’ve been working through the food magazines and recipes I’ve collected over the years and weeding out the ones that don’t work. If I throw one out and find I shouldn’t have, it is most likely I’ll find it online.

I do most of the cooking for myself and my partner. (I cook, he cleans) We’re both vegetarian and prefer plant-based foods, but are flexible - both dairy and eggs are in the fridge.

I tend to like fresh/crisp veggies, snacks plates, and composed plates/meals; he’s all for “goulashy” foods (everything cooked together). I eat my main meal mid-afternoon and he eats his in the evening (I usually have a salad then).

Due to neurological issues, I have become less experimental in the kitchen and am focused on cooking for leftovers so we can get several meals from the same amount of physical exertion.

So pots of rice/lentils (or beans)/veggies; veggie chili; casseroles; soups/stews during the cooler months; variations on the previous throughout the year.

I do use some of the faux meats available: meatless meatballs in sauce are great for meatball subs; crumbled veggie sausage (usually Field Roast Italian) goes into soups; and we like the Field Roast roasts both as roasts and for sandwiches and hash.

My partner is non-picky, except for an ambivalence for Mexican/Mexican-American and Thai/Vietnamese foods. We share a love of Middle Eastern, Indian, Italian, and takeout Americanized Chinese.

One note: we’re in Southern California and in an old house with lousy insulation and no central AC, so summer finds me cooking in the early hours of the day and otherwise avoiding the heat of the kitchen.

Thankfully, just my husband and me. He eats pretty much everything I put in front of him (even the occasional salmon, although he’s not a huge fan).

I probably cook 5-6 days a week, other nights he takes over or we get takeout/delivery.

I cook for the

and myself with no special dietary needs.
During summer I bbq for recreation and typically donate it to some neighbors and/or a couple families who are in need.

Just me, myself and I. And the boyz. Then again, their food is little brown pellets, or comes out of a can and looks like mush, so I’m not really straining myself there.

My influence started with my parents - my father traveled the world with his film business, so he was constantly bringing “new tastes” to us when he returned home. I’m definitely not as adventurous as many on the HO boards, but I’m almost always willing to try something. Almost.

Mom cooked to live (to paraphrase the old CH tag line). She was rarely adventurous, but on occasion, would make “something different” that became a standard in our house. Hence “Mom’s Lemon Pot Roast”, which I still enjoy to this day.

For the past 40 or so years, but more so when Home Goods came around, I’d buy “something different” to try out. Now that so many food items are available online, it’s easy to try something.

Tastes I won’t go near? Cilantro (soapy to me), liver, almond paste (but I love almonds), food items that are blazingly spicy-hot. I’m a heat wimp, so my “blazingly hot” would be a “WTF are you talking about Linda? That’s MILD, girl!” Yeah, not for me.

Who is he then?

I’m with you on being a heat wimp and somewhat on the cilantro. It’s interesting it’s become less soapy to me over the years.

I cook for me, myself, and I (c; and while I sometimes have other guests, I have yet to disappoint any (at least to the point they would mention it).

These are some of my favs, and tonight I am doing Sweet and Pungent Shrimp (one of my all time favs).

Who is he then?

He has been my avatar since CH days. He just hangs around in the background. But, c’mon - look at him. He obviously doesn’t eat anything - he’s stick-thin!

I am usually just cooking for me and husband. Husband has a pretty short list of things he will eat, and he will eat them every week, sometimes several times a week. I tend to cook things on his list that are not an abomination to me ( I usually put my foot down about boneless, skinless chicken breasts) , while experimenting for recipes with low carb sides and condiments.

Ha ha ha. I don’t get the boneless skinless chicken breast part. He wants that, and you don’t want? Or is it the other way around?

He likes it, I don’t. I’ll eat it if cooked right, but it’s not easy for me to cook right. And he likes it well done, with “gravy”. Not “sauce”, but gravy.

Use thighs and tell him it’s breast. My guess is he’ll say beast beast he’s ever had (c;

Ha ha ! You don’t know my husband. He knows a breast from a thigh. I don’t try anymore, but he knows when he is getting thigh (meat) from all the local Thai, Indian, Mexican, and Carribean take out places.

I joke he uses a monacle to peer at his food if something might be suspicious. 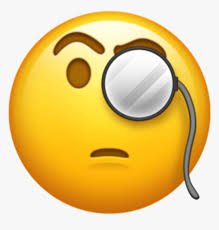 I’m food shopper and the cook for myself, my husband, and the dog. This was easier before March 2020, but since then, we’ve all been doing everything from home all the time. It was a big change and likely here to stay for us.

I have tried more CSAs (Community Supported Agriculture) since March 2020 than in the past, and it’s been interesting. Summer and fall are great for vegetables, but I tried and didn’t love winter farm shares so much. Too heavy on storage crops for a small household.

Sometimes we do a fish share or a smoked fish share from the fisherman’s coop that delivers locally (Cape Ann Fresh Catch, which incidentally helped with the movie CODA). Even tried a mushroom share, which I want to do again next winter—livens up an otherwise dull season.

And okay, so I don’t actually cook specifically for the dog.

She’s so food motivated that I have to make sure she gets a taste of whatever we’re having, even if just a couple cherry tomatoes in her bowl.