I’ve gone through much of the “what’s for lunch, Houston” thread, but not with a map. Anything you can recommend near the Whitehall?

Anything you can recommend near the Whitehall?

That is the part of town that is known as “Midtown” and has a lot of trendy new eateries and tons of new construction condos. Reef, Pass and Provisions and Brennan’s of Houston are nearby and all good for different reasons, though you will need a cab for any of them. Maybe @brucesw or @jcostiones have ideas, or maybe even @DoobieWah.

For BBQ, Jackson Street is near downtown. You are not far from the Washington Street and Montrose Blvd corridors which are rich in restaurants, and of course the Galleria Uptown area which is very “uptown,” congested and touristy so I don’t go there much.

Thanks so much. I’ll take my next questions to the Houston forum.

Forgot about this one, sorry. Reef has never re-opened since Harvey. You’re practically within walking distance of Oporto, a Portuguese place. Lambowner has posted a less than satisfactory report however.

it seems to me the majority of places in Midtown are drinking oriented and aimed at millennials - just sayin’. That fits the demographics of the neighborhood.

You’ll be within a short ride to several of the places listed in those linked articles in the gumbo thread - Danton’s, Brennan’s of Houston and Tony Mandola’s. Kitchen 713 and Segari’s are only a little bit farther.

Jackson Street is convenient to the Convention Center, on the other side of downtown, if that’s where your convention is. It doesn’t get much love from the foodie media or foodies, so far as I know.

The best bbq close by would be The Pit Room on Richmond. Pinkerton’s in the Heights also gets a lot of love - I haven’t been to that one. Avoid Drew’s.

It doesn’t get much love

Jackson Street gets good yelp reviews and the pictures are nice. I’m going to try it. 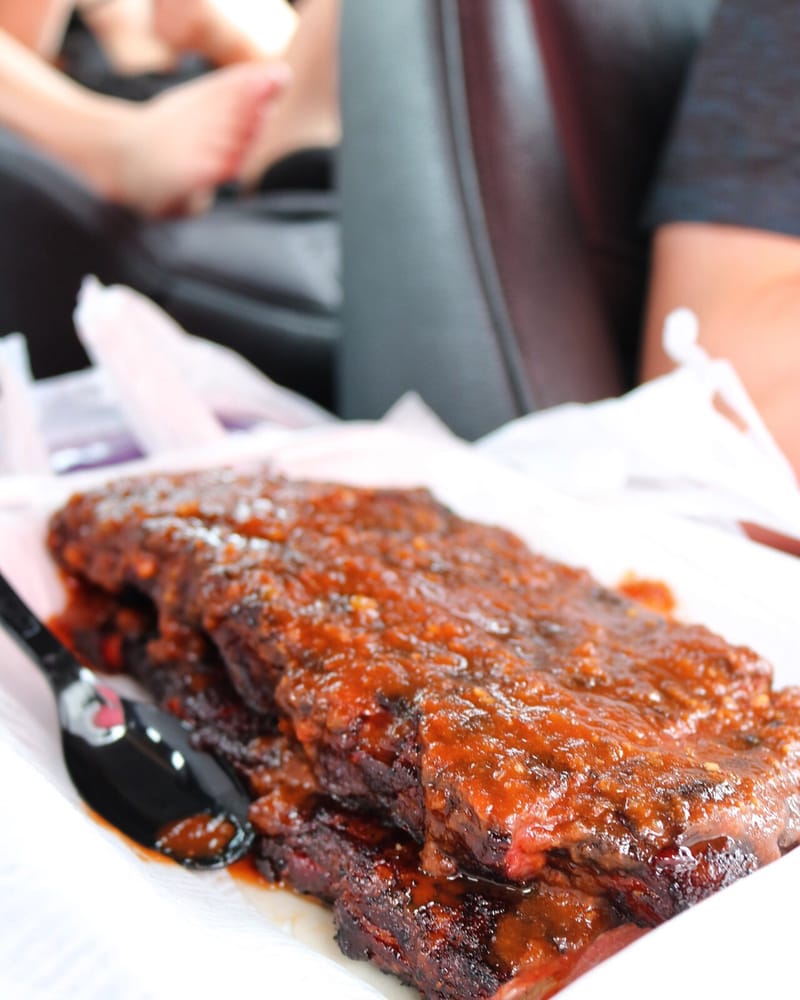 Didn’t even think to look, jc. Imagine that.

Pics do look good. TMBBQ Blog gave it a pretty good review and his pictures look good too but it didn’t make the Top 50 I think.

Just doesn’t get much mention for some reason.

Greg Gatlin is officially the pitmaster so maybe it’s a good place to get his cue without having to sweat the possible service issues at his place.

Look forward to your report.

Almost time! Not really a food question, but I have a choice between Whitehall at conference rates, and Westin downtown, full price. Whitehall seems the farthest from the conference. How much will that hurt my time outside of conference goings on?

How much will that hurt my time outside of conference goings on?

Is your conference at the George R. Brown? If so, the Westin is right there. So are a lot of fabulous eateries like Irma’s, Potente, Osso & Kristalla, Vic & Anthony’s and more. Many are extra pricey, Irma’s doesn’t even list prices on the menu. You will have travel time to the Whitehall of course, but cabbies deliver to downtown destinations for $5, if midtown is considered downtown, that is. Not sure about that.

Prepare for heat! There are airconditioned underground tunnels connecting most buidings, take advantage of that if you can. It’s brutal this week.

Thank you! Conference is in few places, mostly at George Brown. Going with the Whitehall and spending the difference ($1000.00!) on a VERY comfortable flight to and from California, and some of those restos!

There will be a conference shuttle, although even the shuttle, when we did this in ATL, was a nightmare. Even for Uber/Lyft at al.

Would love some tips to avoid!

Preparing for heat, but I assume it is different from what we have where I am in Nor Cal today; 105! But it’s a dry heat.

Went to The Grove for a quick lunch. 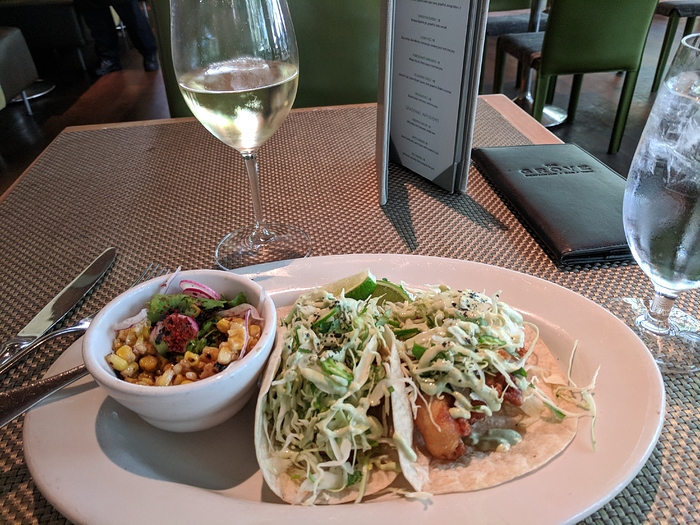 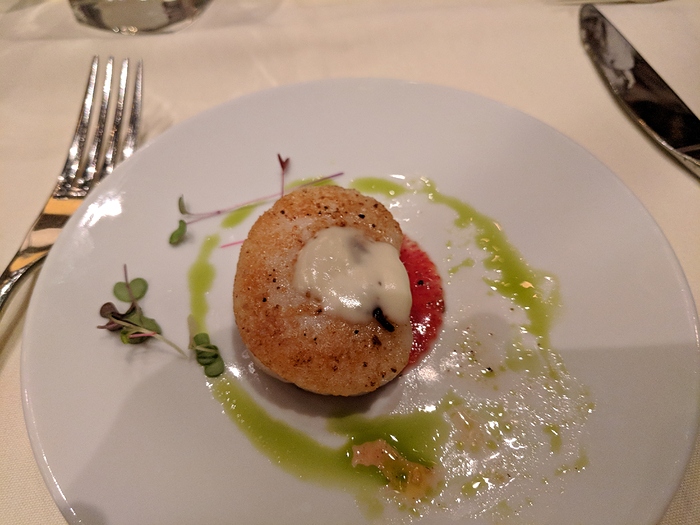 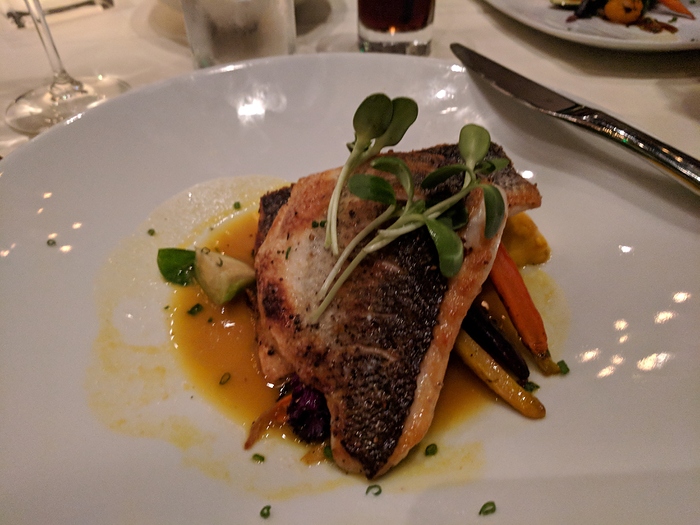 You are visiting places and reporting on places I know very little about - I never get downtown. i’m lovin’ it. Keep it coming.

Did it rain? It certainly was cooler than where I’m from, but more humid. 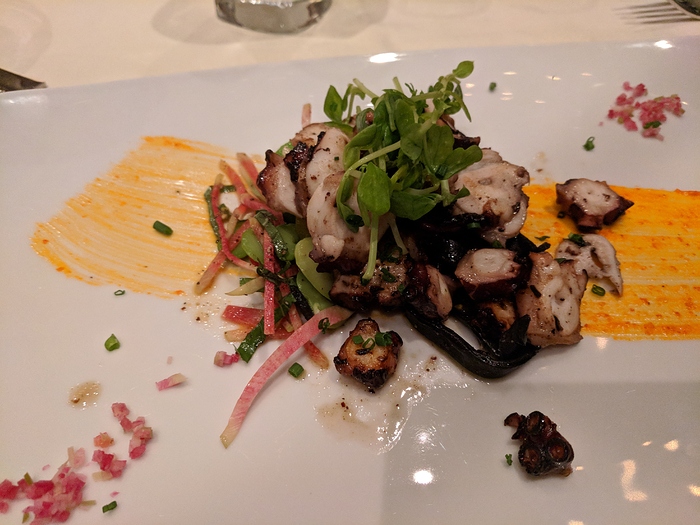 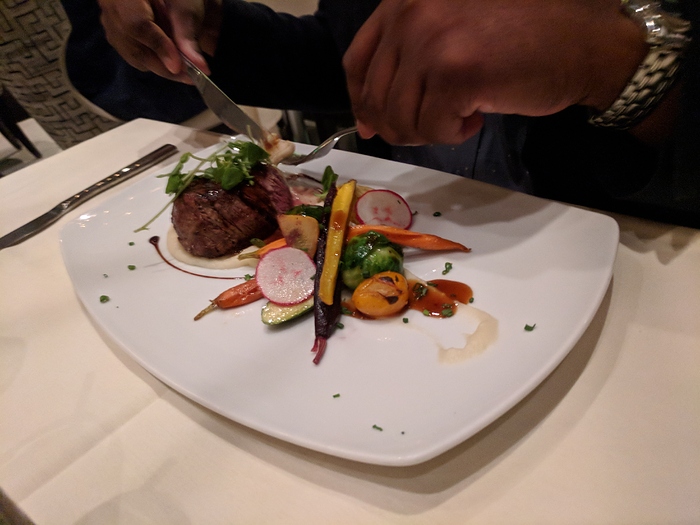 Oh nice @shrinkrap! Thanks for the pictures, glad you liked Potente. I haven’t been to The Grove since they opened long ago and the experience was so bad I never went back. Looks good now though! Yep, you lucked out on the weather, at least a little. The rain brings the temps way down for a couple of hours.

any thoughts about the NOLA influences around town?

The most popular by far is the local Pappadeaux chain with locations around town. When Katrina evacuated NOLA, many servers came to work here before returning when they could. I just adore the longtime servers in NOLA. The food is very good at Pappadeaux and the protions are huge. We just took visiters from across the world to the sister restaurant Pappasito’s Tex-Mex and it was their favorite meal here.

I don’t know of any cajun downtown except for the fast casual Treebeards which is a weekday working lunch favorite. There is also a BB’s Tex Cajun near downtown and it’s pretty good, I like the fried shrimp.

For upscale Houston’s gold standard is its 45 year old Brennan’s downtown on Smith Street. Sunday brunch is a must and weekday lunches are very reasonable there, with .25 martinis!

Love me some Pappa’s steakhouse, same prominent Houston family. Try to get in the main dining room, I’m not fond of the secondary room behind the bar, it is where they tend to seat families. You are dining in style! My husband wanted that squid ink pasta at Potente last week, but we had to cut something out! haha