I’m going for a conference ( you may notce us; most cities do when we arrive), so I’m not sure how far off the path I’ll get to go. But I’ll be with the hubs for a little bit, and he will join me for a few not-too-“weird” things. He says “no Chowhound places!”.

Are these fairly mainstream Chinese and Indian communities? My husband isn’t a fan of “real” Chinese food in the SF Bay Area. He’s more of a General Tso/ “PF Chang” and “Butter Chicken”/curry kind of guy, but we can sometimes find common ground.

Are these fairly mainstream Chinese and Indian communities?

No, totally authentic. In some of the Chinatown restaurants it’s hard to find an English menu or speaker.

Also Houston is a city of 6.5 million, so it’s hard to notice a convention! Unless maybe you all wear funny stuff! Haha.

That’s a good article, but so difficult and annoying to read. Mike Rowe needs to turn off that wall paper behind the text.

“bad boy” image, especially with men who have made it to a certain age is generally celebrated and embraced.

Perhaps in male circles. Most grownup women regard such men as offputting.

“Also Houston is a city of 6.5 million, so it’s hard to notice a convention! Unless maybe you all wear funny stuff! Haha.”

Okay, probably not. Houston is BIG! I am hoping all will go well. Also, hopefully not “funny” but “Pink and Green”. Shouting out to Houston now, so it doesn’t go unnoticed!

In any case, glad for a reason to check out Houston.

3 posts were split to a new topic: Whitehall, Houston recs

“didn’t know Anthony Bourdain, but felt like I did in one small important way. In him, I saw a drinking alcoholic with a front-stage vigorous attempt to do it successfully. His was a fantastic life-embracing show, with drinking taking a prominent role in the joie de vivre, and sometimes that made it hard for me to watch.” 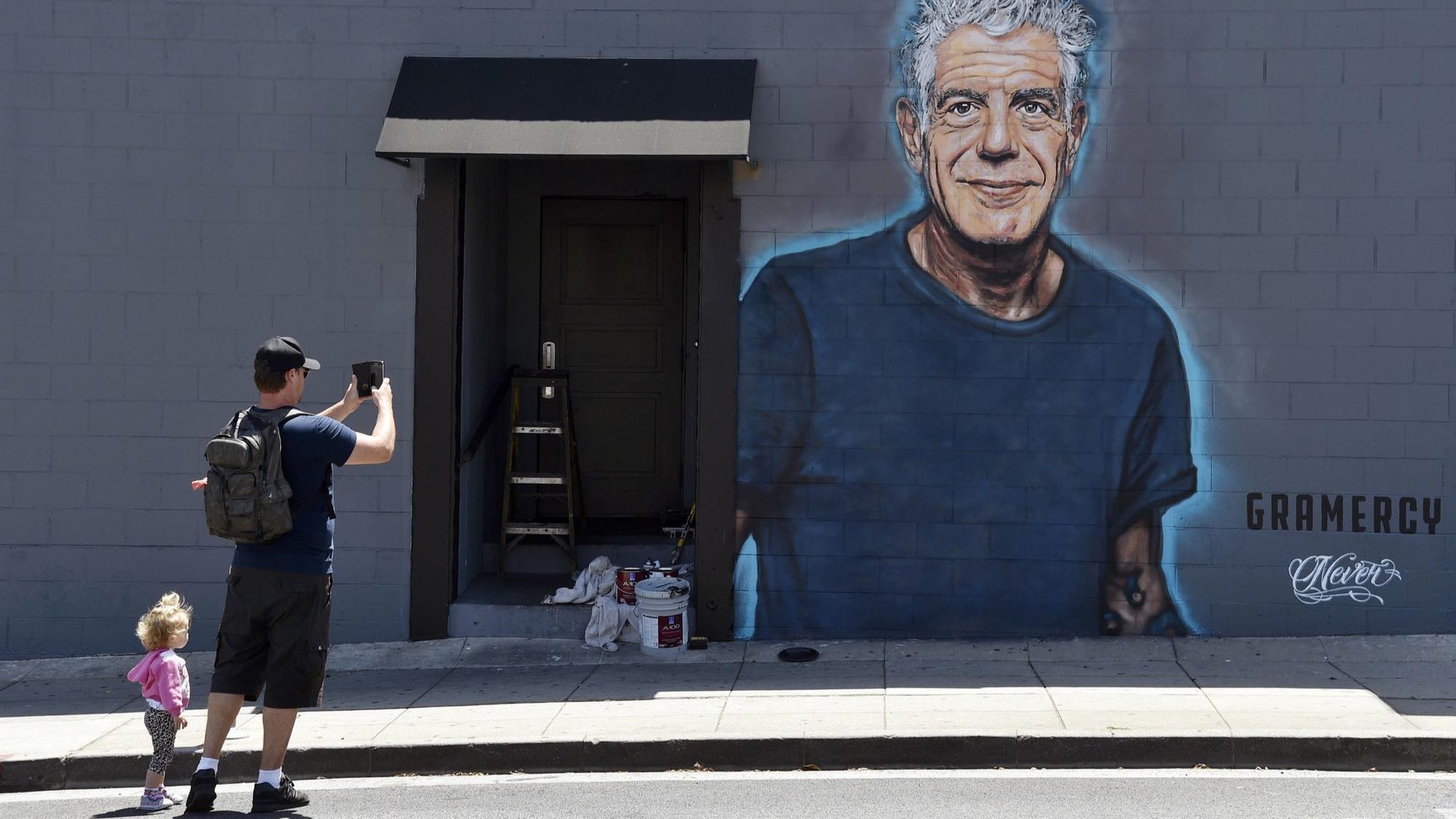 Can we talk about alcoholism and Anthony Bourdain?

Anthony Bourdain's death should generate a conversation about alcoholism, not just befuddlement about his fantastic life that countless people wish they had.

“When he threw back shots, indeed got wasted, I saw a fellow alcoholic living dangerously whereas most viewers, I imagine, saw “a man who knew how to drink, knew how to live.” His state of mind will be called depression, and who can argue with that in the wake of his suicide. But can we please, people, start connecting the dots to alcoholism (also a disease of the mind), at least when it is screamingly evident?”

Not a fan of the term “alcoholic” , but otherwise makes a point.

“When you’re an addict, as he proclaimed he was, it’s highly risky to keep one drug on board. He had respect and fear of the “hard drugs.” He reportedly was grateful and humble for having escaped death by addiction decades ago”.

For those professionals working the treatment side, during a high profile passing, a teachable moment is magnificent and who better than an in recovery addict to bring light to an often dismissed part of the bigger story.

I hate the editing. So annoying! It’s a mini travel guide-eque, cramped too much in. Not much material to learn about a place for a 2 day/long weekend visit. Better to just do some light reading during the flight.

We had some pretty good food when we were in Amsterdam two years ago. Good fish, good Chinese food, good sandwiches. Pretty good BBQ.

Yeah, it’s better to eat something else in NL. Dutchies don’t eat “dutch food” when they go out. They would rather eat Indonesian, or Chinese or Thai, anything really. I remember a “dutch restaurant”* on a busy touristy street leading to central station. I remember checking out their menu on the window. Only tourists inside.

*Many countries have restaurants serving traditional food, but not in NL. Dutch eat home-style food at home and there are no real “traditional dutch restaurants”. That says something about the food of a country.

Well, the fish was Dutch food.

We also took the train to Haarlem for the Frans Hals museum. When we got to Haarlem, we had something to eat near the train station. Dutch food, I guess. It was ok.

We also had some excellent farm to table on the farm in Amsterdam about 5 years ago. We climbed the rickety wold wood stairs for some of the best pancakes ever, ate stroopwafel and herring out on the street. I would go back in a minute.

We liked the food well enough to go back. My wife, however, has back problems, and the tram drivers scoot around curves like 17-year-old drivers on steroids. So we probably won’t go back.

Not a fan of the term “alcoholic” , but otherwise makes a point.

Yes, some good points. Alcohol is a depressant even if you’re not addicted/alcoholic. And that’s why I don’t drink anymore.

But my problem with “alcoholic” is that it doesn’t really have an agreed upon meaning. Tricky subject, even for researchers. Here is DSM IV vs V

Alcohol Use Disorder: A Comparison Between DSM-IV and DSM-5 - National Institute on Alcohol Abuse and Alcoholism

This one’s a link

Not much news these days, BBC?

Ms Bourdain told the paper she would visit her son’s tattoo artist next week to get “Tony” inked on her inner wrist.

A private family ceremony will probably follow in due course, she added, saying: “He would want as little fuss as possible.” 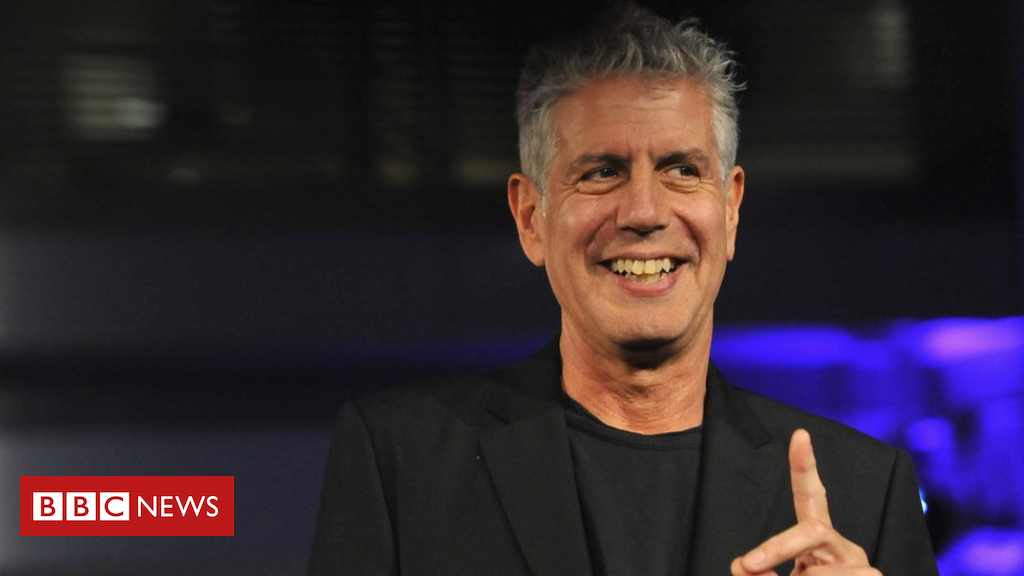 Gladys Bourdain says she hopes to get "Tony" inked on her wrist by the chef's own tattoo artist. 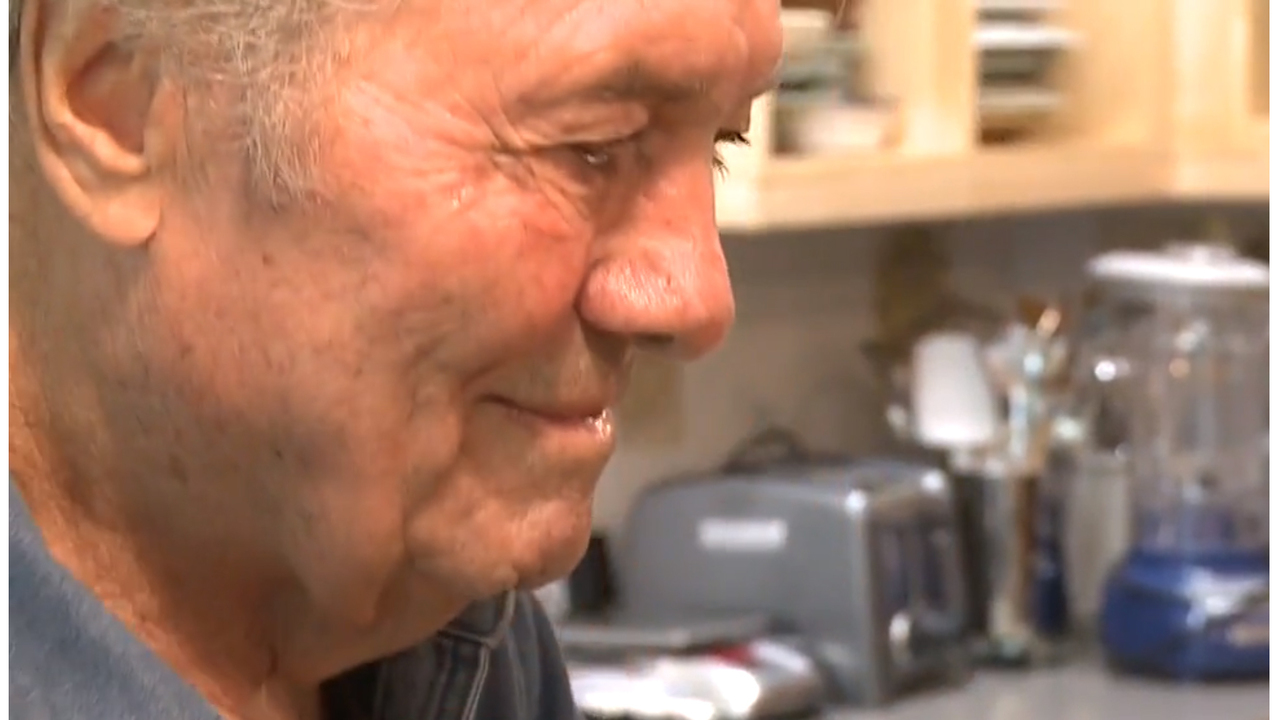 As family and friends are preparing to lay celebrity chef Anthony Bourdain to rest, one of Bourdain's closest friends and mentors, Jacques Pepin, remembered his life and legacy from his home in Madison, Connecticut.

Ms Bourdain told the paper she would visit her son’s tattoo artist next week to get “Tony” inked on her inner wrist.

There was an episode of no reservations, I think it was, where he discussed in great and sad detail his relationship with his mother. I seriously teared up during it. He clearly had issues with his upbringing.

We are pretty familiar with SW La (mostly Lafayette and Opelousas) from having business there; in the process, making lifelong friends including self-identified Cajuns (from Kaplan too), enjoying every person we met – many proudly took us around (including a memorable boiling point in Abbeville), and we too didn’t recognize much of this episode, though the smothered turkey wing reminded us of the completely savory and scrumptious smothered duck at the late Mulate’s in Breaux Bridge. Of course, the boudin report reminded us of conference room breakfasts of gas station boudin and Meche’s donuts that we washed down with Community Coffee.

Started research before asking anyone there: 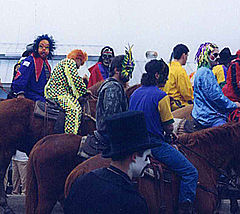 Thanks! Pretty sure this;

“Because of violent activities associated with the Ku Klux Klan, Louisiana has a state law prohibiting the wearing of hoods and masks in public. Mardi Gras is one of the few occasions when exceptions are allowed,”

…in retrospect, is what freaked me out the most.